Jonathan Manning follows a relaxing and scenic six-mile route along the Thames to Henley and back to Henley Four Oaks Club site. 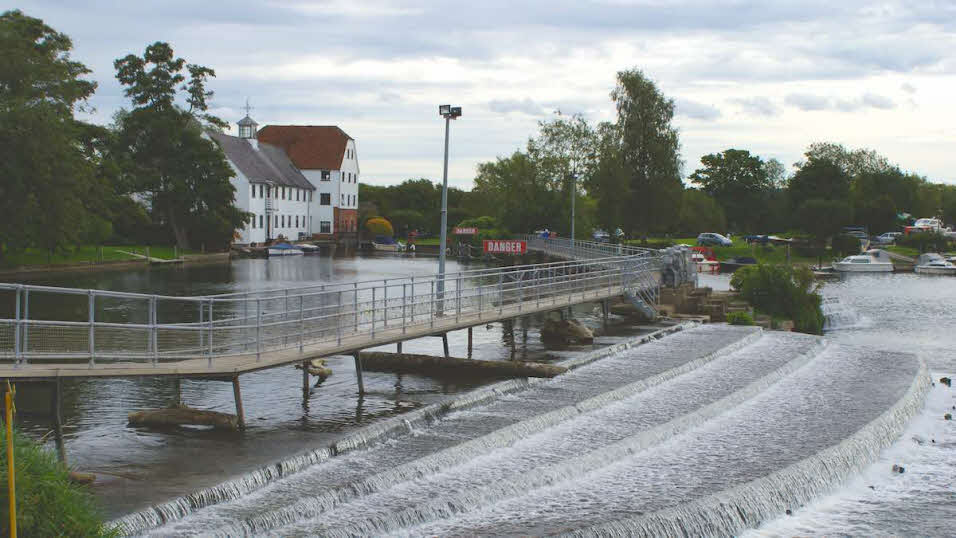 There is nothing quite as relaxing as a river walk. The water acts as both a handrail for navigation and a stage for entertainment, while level towpaths mean no hills to worry about. The only challenge is to find a stretch of river with footpaths on each side and bookended by bridges, to create a loop rather than a linear ramble.

All of which brings me to Henley Four Oaks Club site at Henley-on-Thames in the heart of rowing country. Sir Steve Redgrave, Sir Matthew Pinsent and James Cracknell OBE are among the Olympic gold medal-winning heroes who honed their skills at this watery training ‘ground’, and in town there’s no shortage of broad-shouldered young men and women in hoodies and shorts.

As I take my first steps downstream, crews glides by like clockwork, their oars entering, pulling then leaving the water in perfect synchronisation. I’m on the north bank of the Thames, heading downstream, and, were I to keep walking, Forrest Gump-style, the path would eventually lead via Marlow to London. But my ambitions are more modest; today’s stroll is a six-mile circuit, crossing the river at Hambleden Lock and Henley, which is accredited as a ‘Walkers are Welcome Town’.

The soggy condition of the footpath comes as something of a surprise given the flawless nature of the Oxfordshire town, where perfectly preserved Tudor cottages nestle next to whitewashed Georgian and Victorian homes, the finest enjoying river views. It ranges from spongy to boggy as it follows the riverbank, flanked by broadleaf trees and surveilled by fleets of red kites. 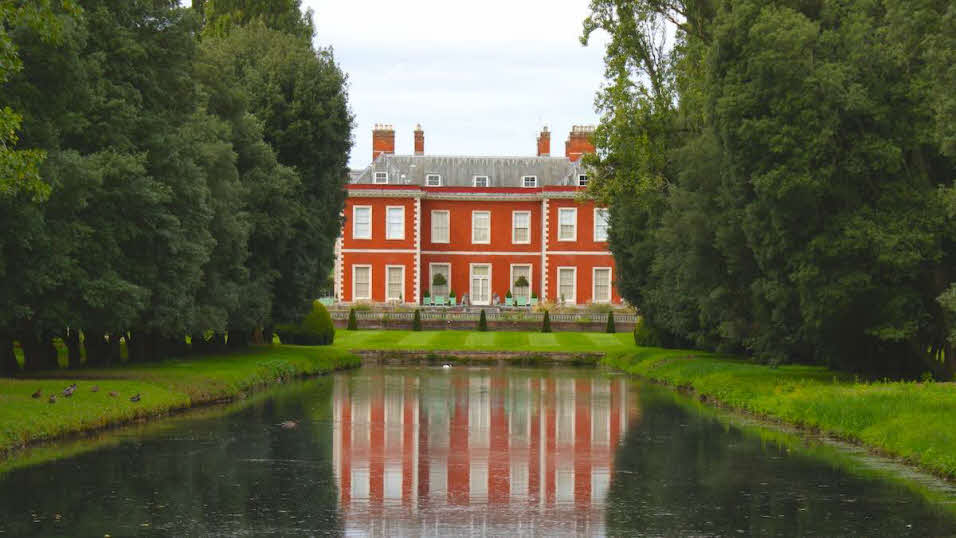 In just a few minutes the bustle of the town disappears and the route becomes deliciously lush, crowded by waist-high reeds, sedges and grasses and the dying embers of rarer wild flowers. Sleeper bridges cross streams and channels, keeping feet dry across a landscape that acts as a floodplain when the river level rises. To the left a flash of red reveals Fawley Court, a striking stately home boasting the double whammy of design by Sir Christopher Wren in grounds landscaped by ‘Capability’ Brown.

The riverside path is an altogether rougher affair, slowly diverging from the river behind a curtain of trees. Only the splash of oars and low thrum of motor cruisers break the peace, until traffic noise starts to intrude. A wiggle of footpaths and permissive paths across the Culden Faw Estate lead briefly away from the road before descending back to Hambleden Lock and weir; the lock keeper tells me that it takes about six minutes for the lock to fill once the gates are shut, and I watch a boat rise magically before crossing the fast-flowing weir via a lengthy walkway.

The transformation on the south side of the river is marked, as the Thames Path National Trail takes responsibility for walkers. From here back to Henley the path is dry and hard-packed or asphalted, leaving my eyes free to gaze across the river instead of at the ground below. This is Henley Reach, an arrow-straight stretch of water which extends for one mile and 550 yards from Temple Island all the way to Henley. It’s also the course that hosted the first Oxford-Cambridge boat race in 1828 and the Olympics in both 1908 and 1948. In non-Covid years, hundreds of crews from around the world come here to race during the world-famous regatta, a Pimm’s and fizz-fuelled five-day carnival of summer fun embellished by brightly-coloured boating blazers. Today (mid-September) there’s only a handful of walkers in casual T-shirts strolling the towpath as crews in international vests flex their muscles in seamless harmony. Moored along the banks is a variety of narrowboats, converted barges and fibreglass cruisers, ranging from hippyish to Lottery-winner bling.

Posters pinned to trees reveal that it costs £10 per night for a watery pitch, but it’s the positivity of the boats’ names that really catches my eye. Some refer to exotic locations (Orinoco, Timbuktu, Kathmandu), allude to Edens (Elysium, Nirvana, Hunky Dory) or promote motivational messages (Buenos Tiempos, Carpe Diem, Seas the Day). Given that the boats are no more than caravans and motorhomes with added seasickness, it’s puzzling why more campers don’t personalise their vans!

As the path returns to Henley I pass a couple of boat houses, including the mighty Leander Club, before crossing a stone arched bridge into the town centre. A left turn leads to the fascinating River and Rowing Museum, with its vessels and memorabilia, before I weave back through the streets and past the Brakspear Brewery on the way back to the Club site.

Technically this is a canal rather than a river walk, but it is directly accessible on foot from the Club site and truly spectacular as it crosses the River Dee via ace engineer Thomas Telford’s towering Pontcysyllte Aqueduct.

As arteries of business and trade, rivers lie at the heart of the UK’s major cities. Paths on both sides of the River Ouse let walkers explore the heart of York from the Club site, with the castle and cafés providing value-added towpath diversions.

River Tees, County Durham
There’s entertainment aplenty, either as spectator or participant, at the Tees Barrage International White Water Centre at Stockton-on-Tees. The Club site is on the doorstep, and for a longer walk follow the Tees downstream to the famous Transporter Bridge.