The Peak District National Park is celebrating its 70th anniversary in 2021! Here, we celebrate the anniversary of its creation by sharing 10 fantastic local walks

The Peak District National Park, which spreads across parts of the counties of Cheshire, Derbyshire, Staffordshire and Yorkshire, attracts millions of people each year. Some are drawn by its relaxing spa and market towns, some go for the country pubs, but the majority surely visit for the mix of dramatic moorland scenery and pretty valleys and gorges. Here are 10 fantastic walks around some of the Peak District’s best spots. Why not try these out?

Please make sure that you are properly prepared before setting off on a walk (charge your phone and pack food, drink, warm clothing/sunscreen etc), especially during winter months. Always check the weather forecast before setting off. 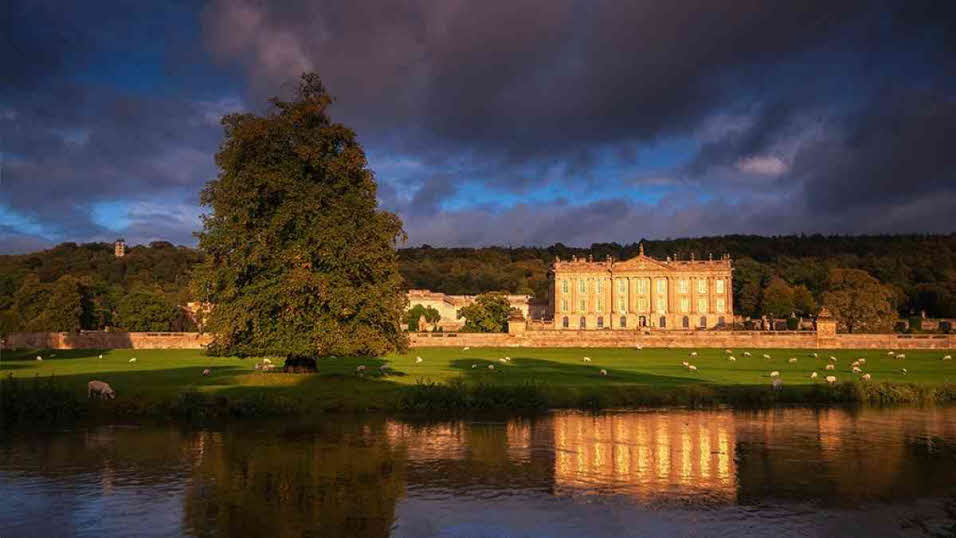 Tourism agency Experience Peak District and Derbyshire suggests two routes that take in charming Bakewell and Chatsworth Park, where of course the Club has a site – one that is six miles long and the other eight. The walk passes over the Monsal Trail (a path for walking, cycling and horse riding) and through the charming village of Edensor, where the traditional tearooms welcome thirsty ramblers. The longer route is the more scenic of the two, and includes a stretch along the River Derwent; you’ll also pass a ruined corn mill and an Iron Age fort. Instructions can be found at visitpeakdistrict.com and can of course be adapated if you wish to start and finish at the Club site. 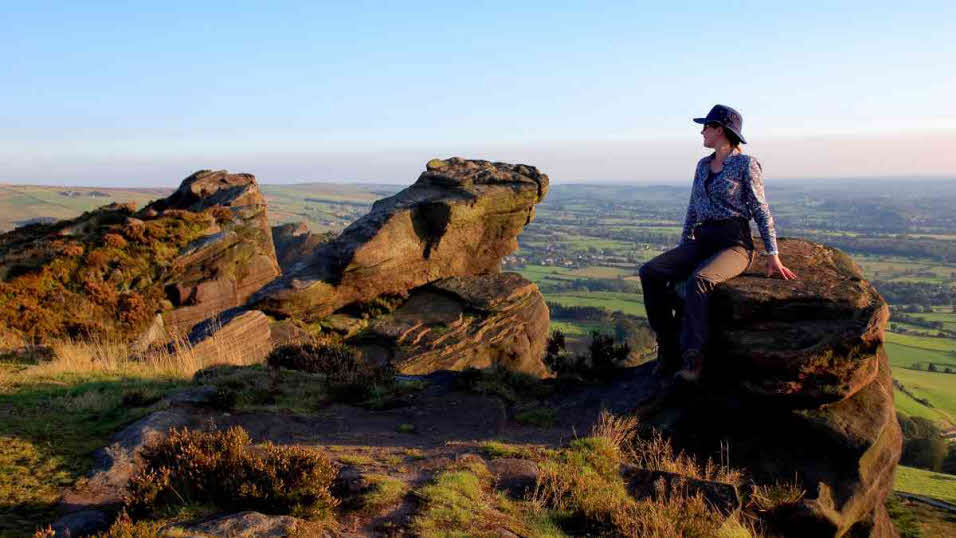 This prominent gritstone ridge line in the south-west of the national park will test the calf muscles of any visitor to Blackshaw Moor Club Site, but members repeatedly rave about the views from the outcrop. The Countryfile website suggests a terrific six-mile circular walk from The Roaches Tearooms & Restaurant, which is just over a mile from your pitch, and if you’re quiet, patient and lucky you might even spot one of Bennett’s Wallabies – released by a local zoo into the wild during the Second World War. Fans of Arthurian legend should look out for Lud’s Church, where some believe Sir Gawain slew the Green Knight. 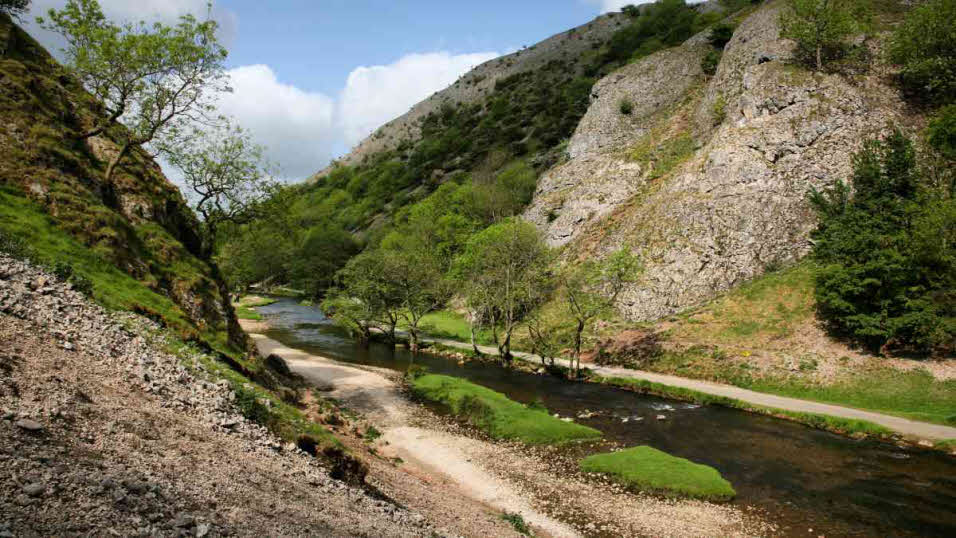 Dovedale is popular with families as the route along the River Dove is fairly flat and not too taxing for younger children (providing they can manage a few miles). The public car park near the Izaak Walton Hotel is a good starting point for a stroll along the floor of this stunning, picturesque limestone valley, but be careful if crossing the river via the stepping stones, which can be slippery. Members might also want to spend time at nearby Ilam Park, part of the National Trust-managed White Peak Estate, while a clamber up the steep banks of Thorpe Cloud rewards the out-of-breath with majestic views. A great day out when staying at Carsington Water, Blackshaw Moor or Uttoxeter Racecourse Club sites. 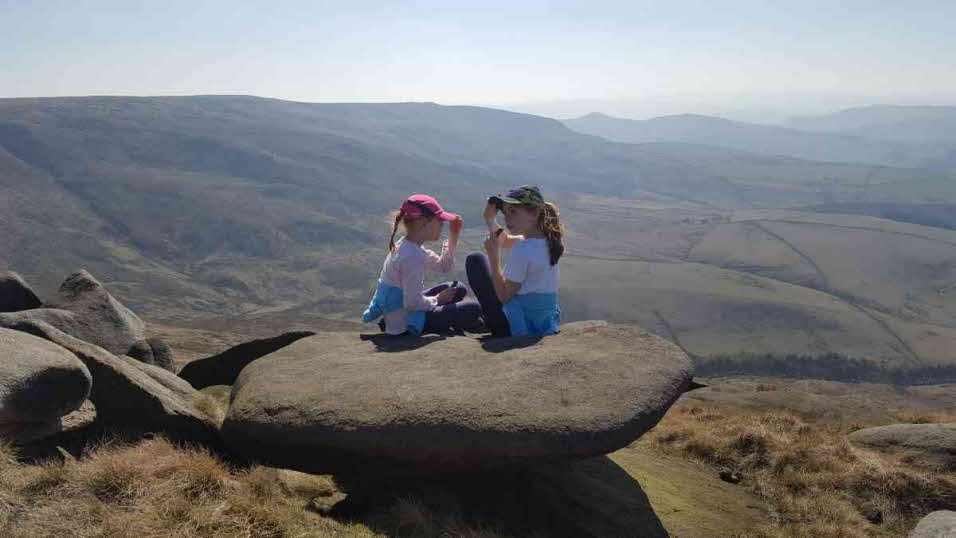 Do check access to this plateau before you set off, as parts are still occasionally closed for reasons of conservation, public safety and grouse shooting (the Peak District National Park website gives plenty of notice if this is the case). At the top it is possible to see as far as Manchester and Snowdonia, so pick a clear, sunny day if you can. We recommend the well-trodden path that takes you from Edale Car Park (near Castleton Club site) to a beautiful old packhorse bridge at the foot of ‘Jacob’s Ladder’, a steep route that isn’t for the faint-hearted. See here for information, and please note that walking on the higher peaks in cold, wet and windy weather conditions can be very dangerous. 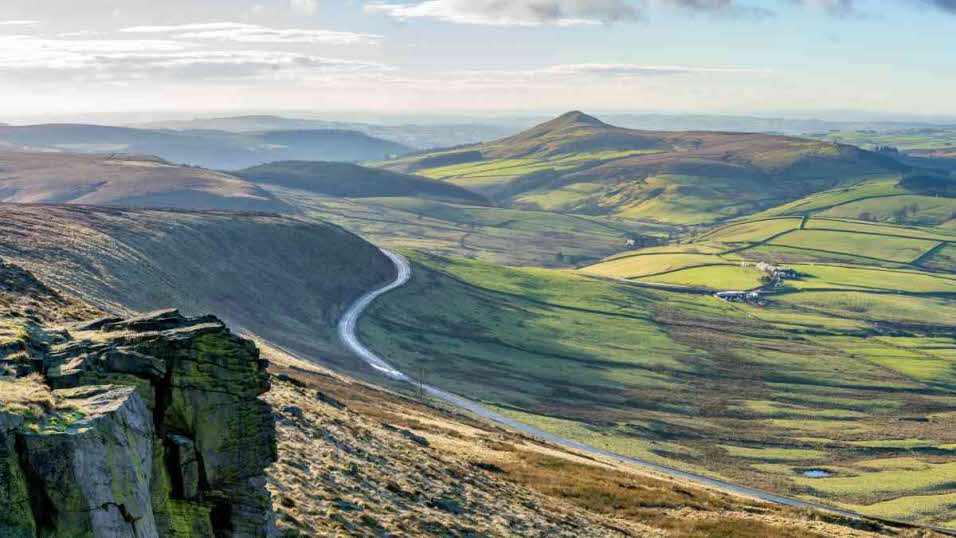 This valley to the north-west of Buxton (where there is, of course, a Club site) isn’t as well-known – and therefore not as busy – as some parts of the Peak District National Park, but it’s no less beautiful. This Goyt Valley website has plenty of suggestions and details for walks that should suit a variety of abilities, but if you have the level of fitness required for the one that takes you from Errwood Reservoir to Shining Tor (six miles), that is well worth a day of your holiday. 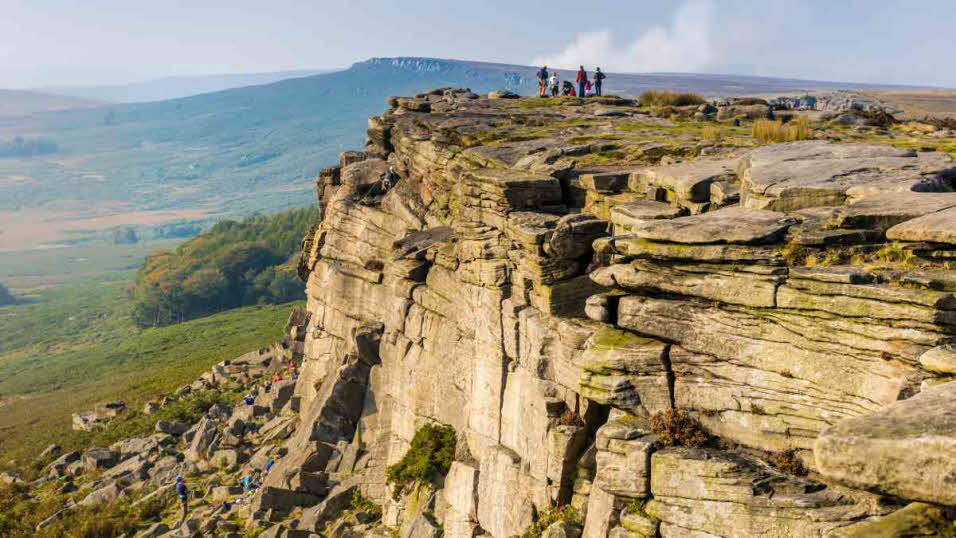 This walk beginning in the eastern Hope Valley is nine miles long, and the highlight for many will be the far-reaching views from the Stanage Edge escarpment, with Mam Tor and Kinder Scout visible. The route takes in North Lees Hall, thought to have been the inspiration for Mr Rochester’s home in Jane Eyre. Instructions and further information for this popular walk can be found here. Hathersage is a useful hub, with shops, cafes and outdoor equipment shopsm, while there are three Club Sites nearby. 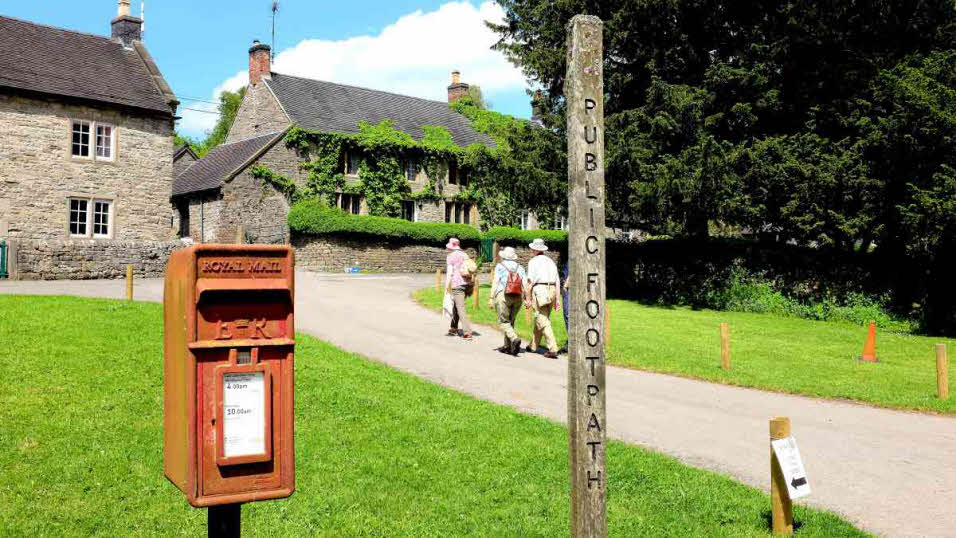 It may be 13 miles long, but the Tissington Trail allows for a gentle ramble that isn’t too taxing on the thighs – the bridleway, footpath and cycle route runs from the charming town of Ashbourne to Parsley Hay along a former railway line. If the full distance is too daunting, perhaps try a stretch that allows for a detour around the village of Tissington – where traditional well dressing takes place near Tissington Hall each May (13-19 in 2021). Carsington Water Club site isn’t too far away. 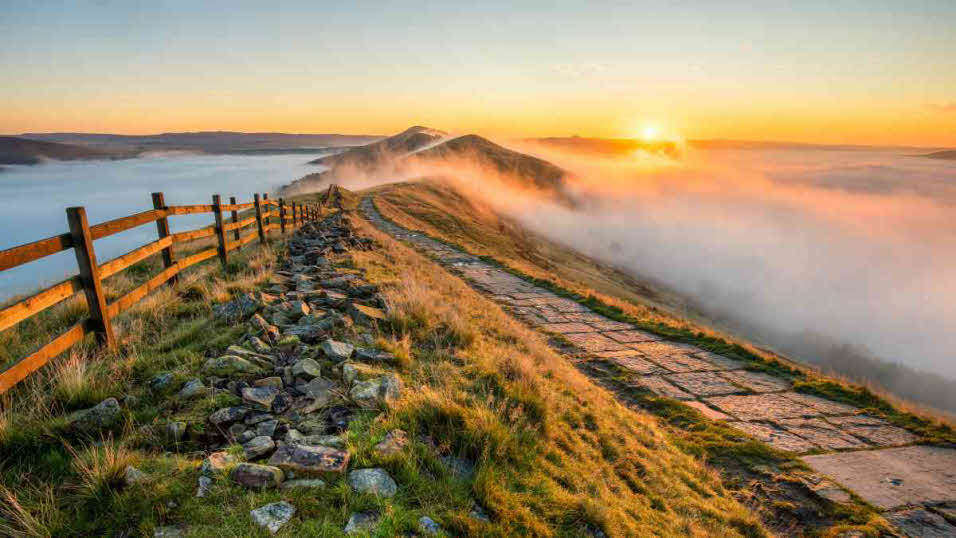 Mam Tor is on the edge of the Dark Peak (gritstone) and the White Peak (limestone), and close to Castleton Club site. At 517m it is one of the highest points in the national park, and as such you can enjoy magnificent views once you’ve powered up to the top. However, there is an easier circular walk that takes you around ‘Mother Hill’ and affords just as many opportunities to enjoy the scenery – see here for details. 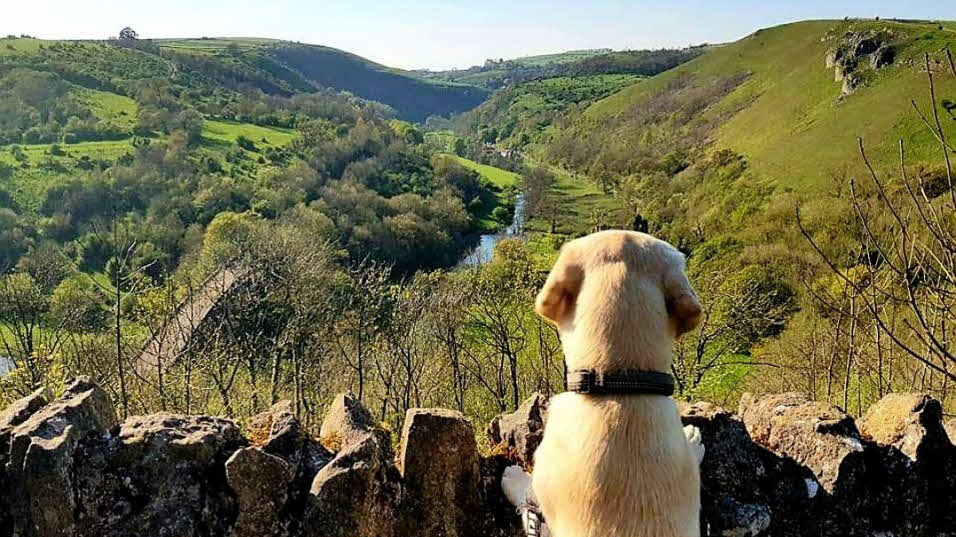 The Monsal Trail is another long-distance track along a former railway line, suitable for walkers, cyclists and horse riders. It runs from Wye Dale near Buxton to Coombs Viaduct near Bakewell, and as such either Buxton Club site or Chatsworth Park Club site make for a good base if you’d like to explore. Monsal Head is arguably the most picturesque spot along the way, where the five arches of Headstone Viaduct stand over the River Wye, providing passage for walkers these days rather than trains. 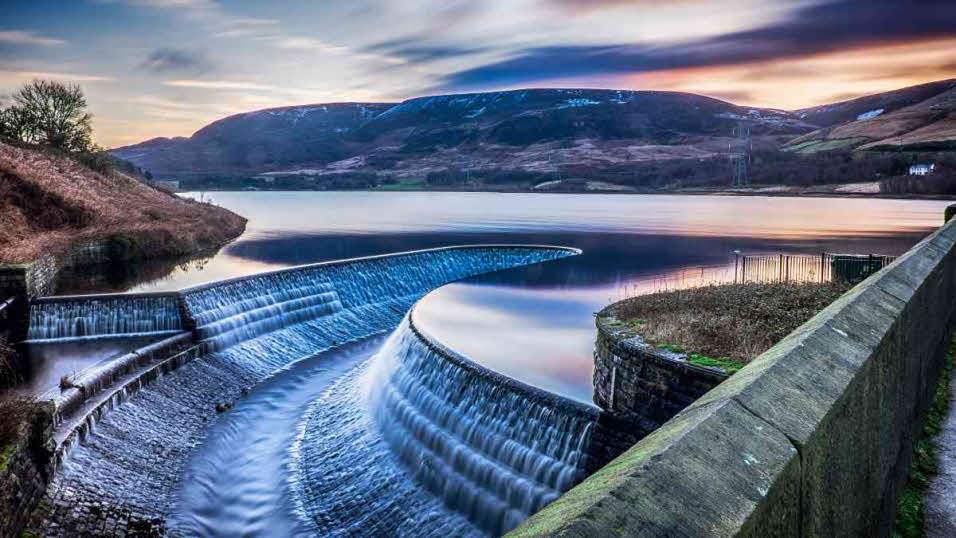 This section of the Trans-Pennine Trail begins at the Torside Reservoir car park in the northern part of the national park, around 40 minutes’ drive from Castleton Club site, via Glossop. It has been enhanced for accessibility, and includes ponds and viewing platforms. If you are brave enough to hang around at dusk you may even catch the Longdendale Lights – a mysterious light show that, along with other unexplained supernatural phenomena and sightings, has led to Longdendale being dubbed the ‘Haunted Valley’! Click here for more information.