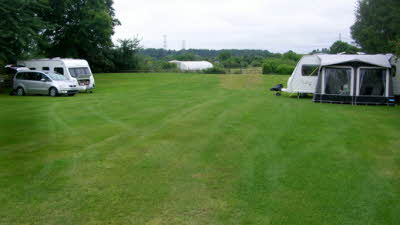 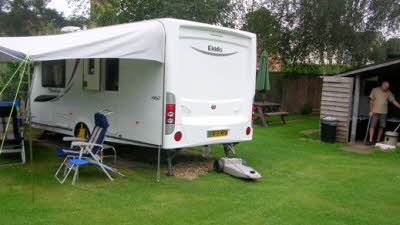 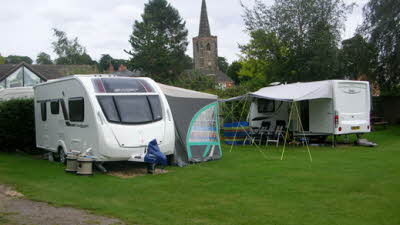 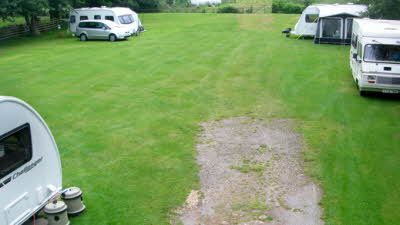 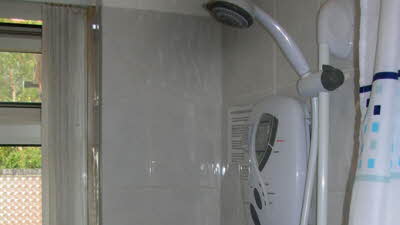 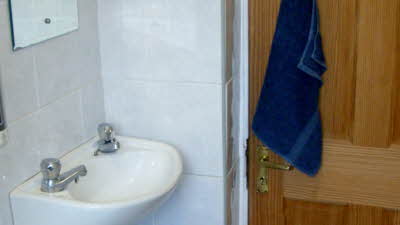 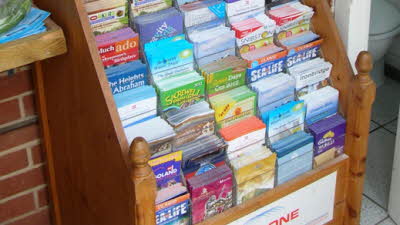 Littleover Farm CL is an easily accessible, totally flat site with electric hook-ups and a TV aerial point to each pitch. Four of the five pitches are hard standings and, should very poor conditions prevail, the wide and generous flat, concrete drive leading to the field provides alternative accommodation. The site boasts two showers and two toilets, one of the showers is in a room with a toilet and a hand basin. It is convenient for either a one-night stopover en- route to another destination or as a holiday base for visits to the Derbyshire Peak District, Sherwood Forest or the National Forest. A host of other attractions are also available locally, far too numerous to list here!

The site lies at the heart of the delightful Sutton Bonington village in the south-western corner of Nottinghamshire, three miles from junction 24 of the M1 at Kegworth and four miles north of the university town of Loughborough. Buses to both Loughborough and Nottingham stop regularly right outside the site and the centres of both Derby and Leicester are less than forty-five minutes away. For those who wish to venture further afield, the railway stations of East Midlands Parkway (three miles) and Loughborough (four miles) connect the area with all points south to London (St. Pancras is only ninety minutes from Loughborough and Paris four hours!) and north to Nottingham, Derby, Sheffield, Leeds and beyond.

The village has a general store and a newsagents, a post office and two pubs, all of which are within easy walking distance and the nearby villages of Kegworth, East Leake, Normanton and Hathern (less than five minutes by car) extend the range of hostelry choices still further.

Any number of walks can be had from the site, ranging from short, riverside strolls to the more adventurous long-distance Midshires Way. Many of the relatively quiet roads in the area are perfect for cyclists with the SusTrans Route 6 right on the doorstep. Also, some old local railway lines have been recycled (sic) into off-road tracks suitable for both walkers and cyclists.

Sutton Bonington was originally two villages dating from Anglo-Saxon times. In the Domesday Book of 1086 both 'Sudtone' and 'Bonitone' are mentioned and a Charter Roll of 1327 refers to 'the men and tenants of the towns of Boynton and Sutton'. By 1553, a John Stelles of 'Sutton Bonyngton' appears in the records. The two original villages were united for civil purposes in 1829 but the two churches which served each one are still here. St. Anne's Church (for Sutton) was built around 1170 and St. Michael's (for Bonington) appeared around fifty years later in 1220. Both are steeped in history and well worth a visit. At one time, the main occupation of the villagers would have been farming but in the eighteenth century, hosiery became an important domestic industry with as many as fifty stocking frame workshops by the 1850s.

The world-renowned Nottingham University (Sutton Bonington Campus) houses students of both agricultural and veterinary sciences. One of their monthly enterprises in term time is a Farmers' Market, an increasingly successful venture!

What a great site

We were looking for a small quiet site and wasn't disappointed when we found Littleover Farm. The site is nice and flat with both hard and soft standing all with electric hookup. There is a shower and toilets (very clean). The owner Chris is a very pleasant and helpful gent who is only to happy to offer advice on the area and places to visit. Chris introduced himself and gave us an information sheet with all the local information around. Local village has pub, post office and local shop, local town is only 15mins away by car. There are some lovely places to walk and enjoy the scenery. Cant recommend this site enough, really happy to have found it and cant wait to return.

Booked CL to compete in a triathlon nearby. Site and facilities are better than some commercial sites I have visited. Owner, Chris, is helpful and obliging and makes you all feel welcome. There are TV points on four of the pitches and you can even borrow a tv cable form the barn if you have not brought one with you. Yes there is aircraft noise but what do you expect if you live or choose to stay here? The kids found them a real buzz to watch them fly by on the approach to East Midlands Airport. Well worth a visit if you need to be in this area.

Positives first, convenient location not far off the M1 junction 24, one of the best showers on a CL - roomy, hot water, good pressure, clean, toilets clean but quickly ran out of toilet paper, site is flat, grassy and well maintained with views across the fields, good pubs in the village, friendly helpful owner, good information sheet with important details. Not so positives, bit of a swing out needed to get into the entrance gate, couple of the pitches are pretty close together, some noise from incoming planes to the airport - but you should expect that as it is just off the flightpath and the most annoying thing about this site was that there were more than the maximum 5 vans every night of our stay :(

Nice but a bit noisy

This is a nice CL with small areas of level hardstanding set into the grass, just big enough for the van, making setting up very easy. We were also given a sheet with locations of shops, supermarkets, WiFi details etc on arrival. It benefits from a shower room and toilet, both very clean and functional and there's plenty to do in the area, plus a couple of good pubs in the village, one serving food (their menu is also available as takeways) The only downside to this CL is that it's on the flight path for EMA, which means there is a fair amount of aircraft noise.

Another pleasant stay at this site. This is the fifth time we have stopped here for a few days, prior to the weekend of the Sutton Bonnington Show. . Now under new ownership, but Chris was very friendly and helpful. The whole site and facilities beautifully maintained as always. The Kings Head PH, 5 minutes walk away, offers nice meals.Never had any problems there and will return next year.

What a great site

We were looking for a small quiet site and wasn't disappointed when we found Littleover Farm. The site is nice and flat with both hard and soft standing all ...

Booked CL to compete in a triathlon nearby. Site and facilities are better than some commercial sites I have visited. Owner, Chris, is helpful and obliging ... 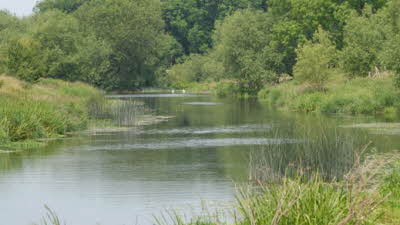 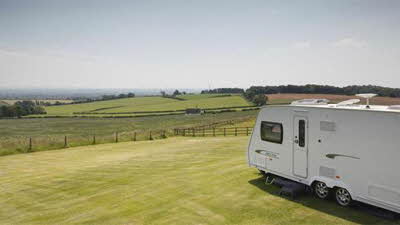 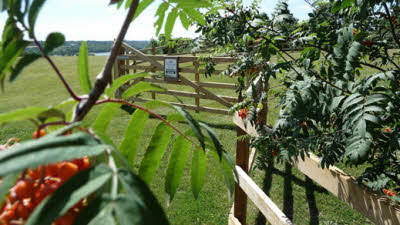