Catherine and I have been very lucky: we've lived our dream of retiring at 60; buying a motorhome, and travelling around Europe. Things worked out for us! We downsized by selling our family home and then buying our daughter's smaller home when she and her husband moved to France.

For several years, Catherine had been clipping articles out of MMM and other magazines, and had already made plans for when we finally made the break. We had hired an Autotrail Badger and had had a trial expeditionary tour of Dumfries and Galloway to confirm that we really wanted to go motor-homing.

We retired, moved house, and bought our motorhome in 2004. We hoped to go travelling for up to six weeks at a time so nothing too small to live in, nor too big to drive. We bought our 2002 registered Hymer 'Swing' with 20k+ miles on the clock and set off that year for France in August after some short outings in UK. We called our 'van 'The Mup' as that was part of her registration.

We didn't have a guide book nor a Michelin map, no satnav either. Catherine had her magazine clippings and a 'lets go' attitude. We had sussed out some sites along our route, using our dial-up internet connection, before we set off. We had no bookings!

We made it all the way down to the Med (via the Alps to see our Daughter) and camping Les Cigales at Mandileau: our short stops included Seraucourt le Grand, Beaune,Tain 'Hermitage and Avignon – all sites we would revisit regularly over the years to come. Warm sunshine by the seaside and a bus trip to Cannes were the highlights of our trip. On our way back North we went back to the Alps and pitched up at Camping l'Eden at Landry where le Patron was busy closing for the season. He stayed open for another week just for us!

Having made it to the Continent once, there was no stopping us (apart from Covid) over the next 17 years. In 2005 we made it all the way down to Spain in late winter on a 6 week trip. That's when we found two of our favourite sites; Camping Sierra Espuna at El Berro and Los Madriles at Mazzaron.
We returned to France in June, for what was to be the first of many visits to Bourg St Maurice, for the birth of our first grandson. We've been on this site in all seasons at +40C and -20C!

Over the years we made several extended wandering expeditions to the Continent. In 2007 we started one trip in Ghent and ended it in Croatia via the Mosel, the Rhine, Dresden, Prague, Vienna, Budapest, and Balaton. We made it all the way down to Trogir! We returned to Croatia 9 times after that including an epic trip to Dubrovnik. Another wander took us down through France, across Asturias to Galicia then down through Portugal, across Spain to the Med and then back up through France – all done without a single booking! And without a satnav!

In the early years, out-of-season touring was much easier than now. The only site we booked was Black Horse the night before the ferry. Pitches were always available at reasonable charges even at popular winter sites in Spain. In recent years, we've had to book sites at home and abroad, and had reduced our forays to 6 weeks.

Our last outing started at Southport, then Kendal, Dumfrieshire, Galloway then back to Kendal, Hawes and finally Buxton. This year we had planned one final trip to the Cote d'Azur a week to get there; 2 weeks at Cavalaire sur Mer; 2 weeks at Saint Clair, then another week to get back to UK. We also booked club sites in Suffolk and Norfolk. However, medical problems and old age have led us to retire gracefully from motor-homing. We had hoped to continue for another two years and had kept our beloved Hymer in sound and roadworthy condition, if a little worn from nearly 18 years and 150,000 miles of adventure.

We joined Club Together in 2012 and posted our first 'Story', recalling how we foiled a robbery,Robbery Foiled Our next story was 'Postcard from Alvor' which was to be the first of many after we received encouragement from the staff. Early 'stories' had their photos messed up in a site update, so I'll attach a few from some of our favourite places. Our avatar photo was taken on Alvor beach that year. My favourite 'story' to write was 'Cath and Kitty go to Market'.

So Farewell, CT. We hope you've enjoyed our stories and that our contributions to discussions have been useful. We've made many friends on our travels, including some CT regulars, and we mean to keep in touch.

couldn't choose,so quite a lot! 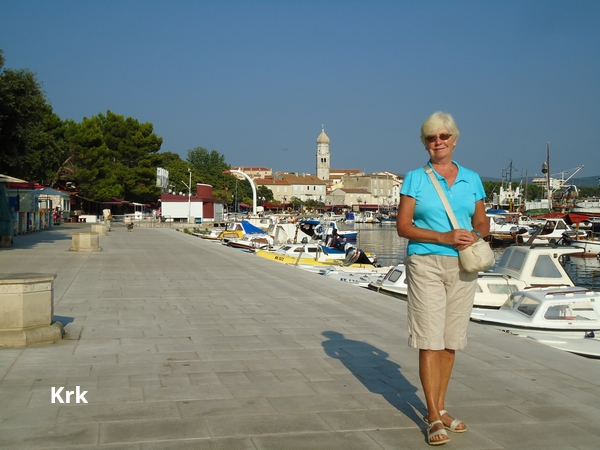 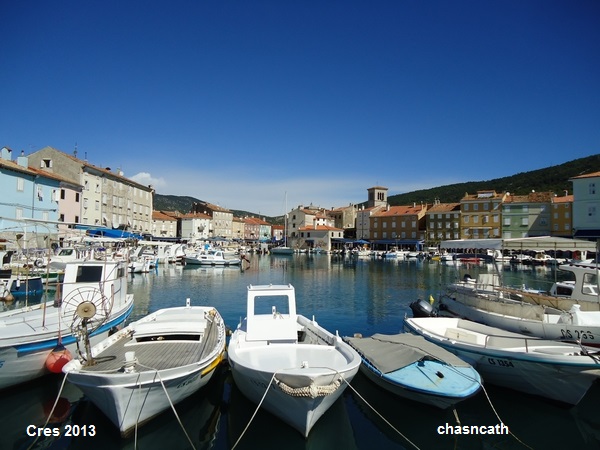 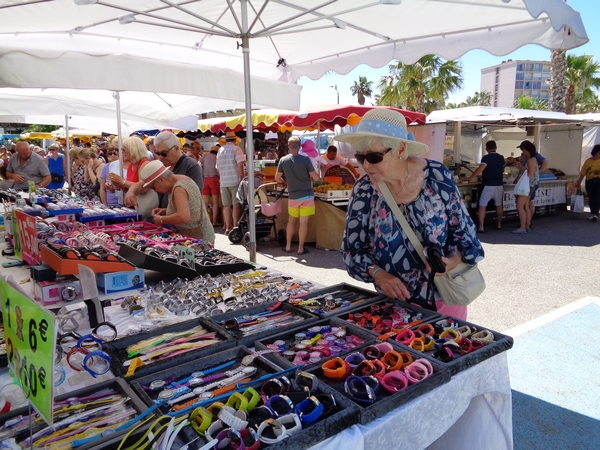 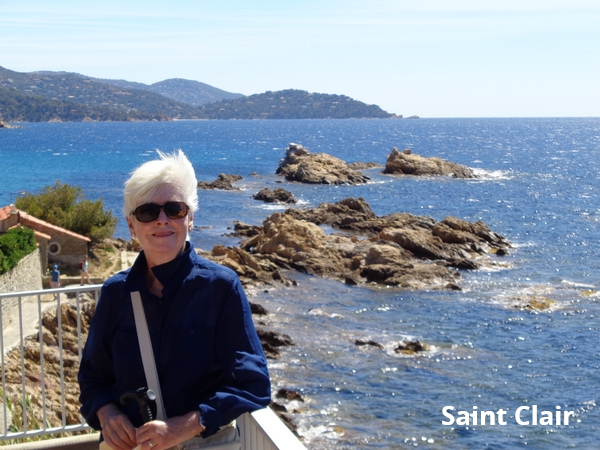 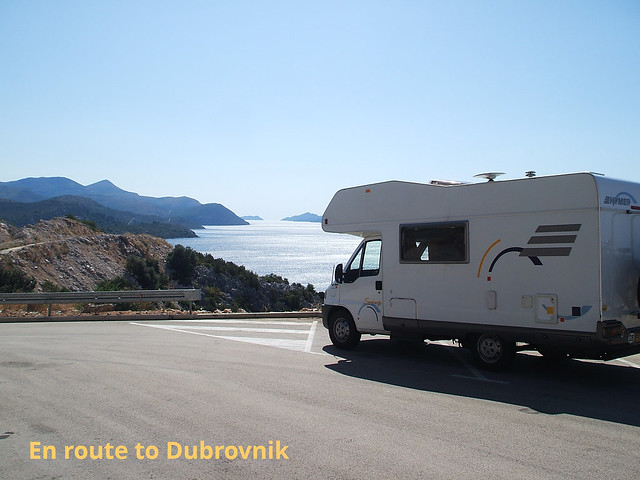 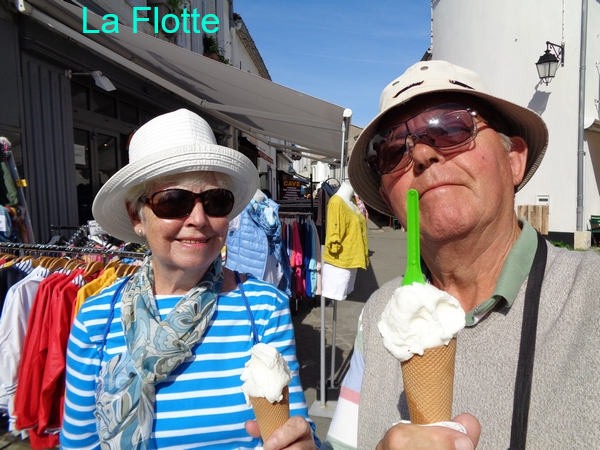 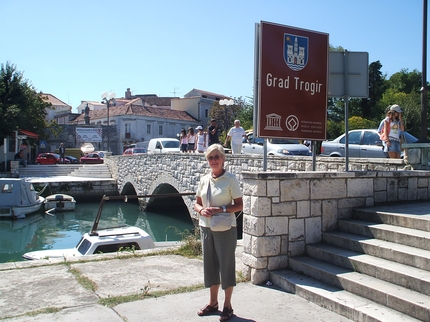 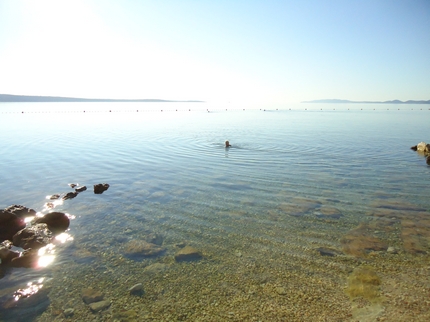 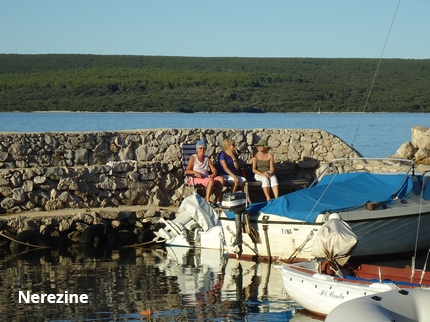 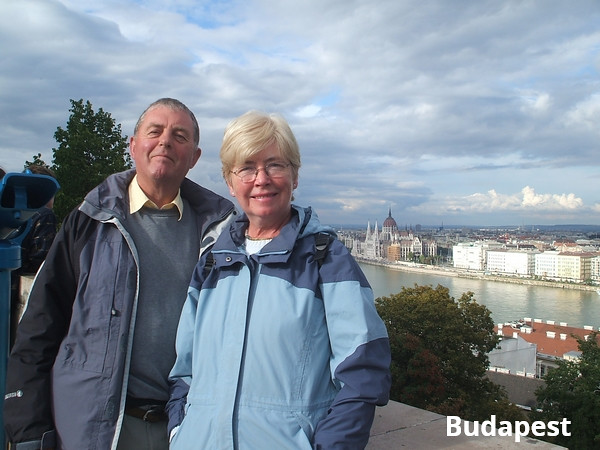 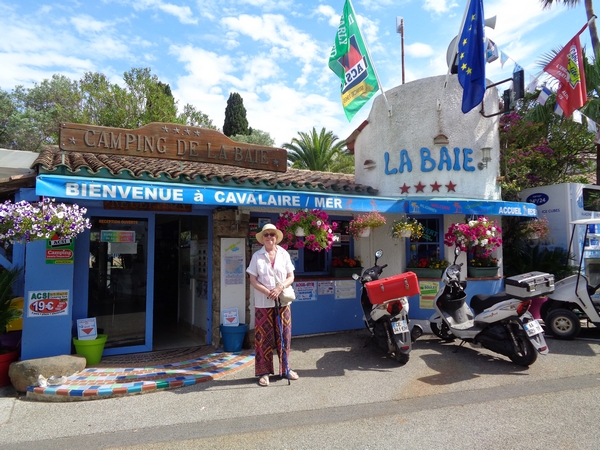 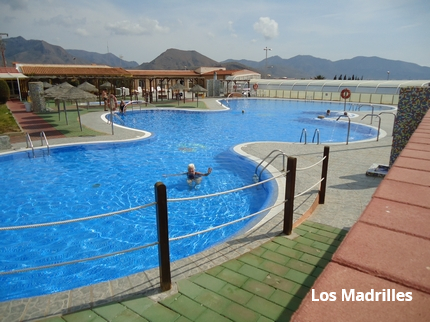 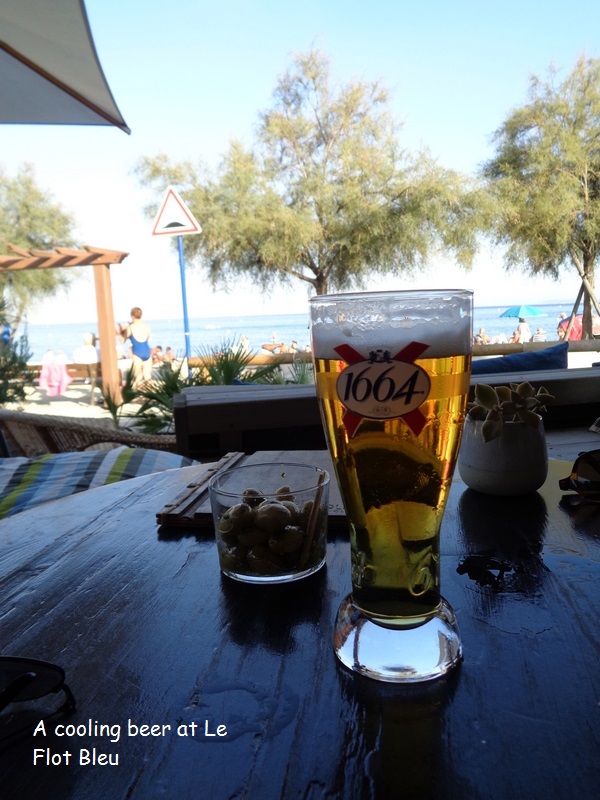 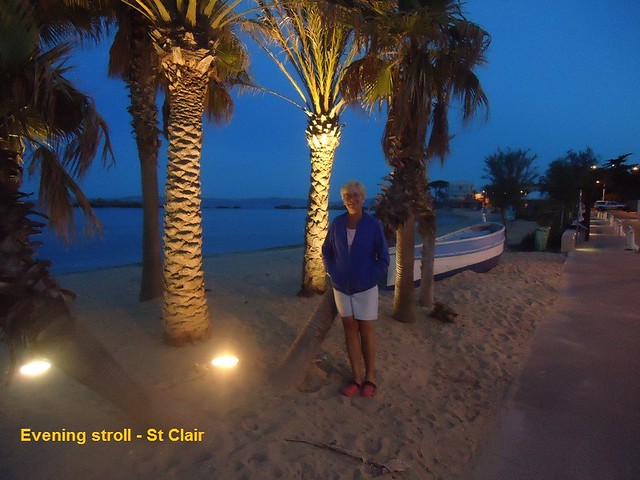 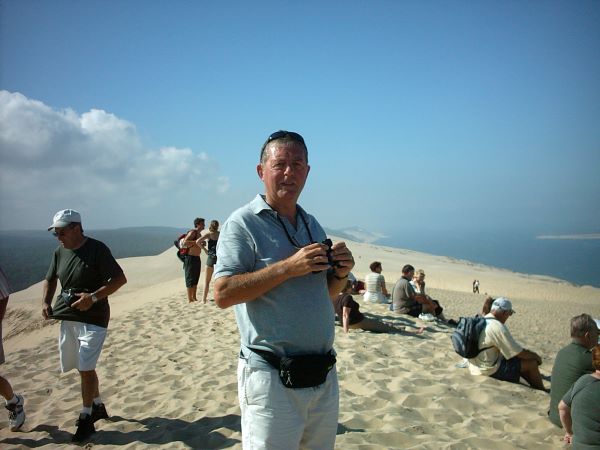 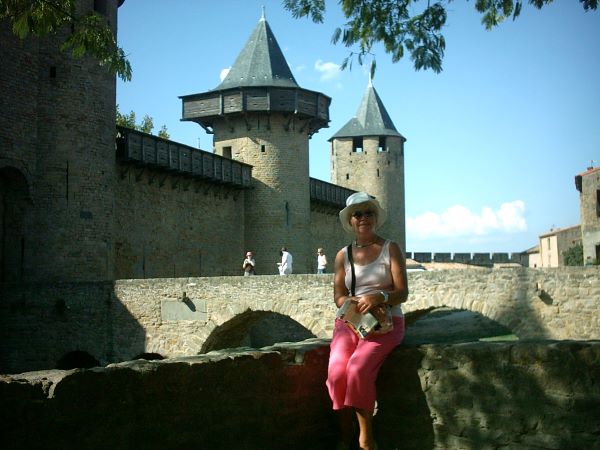 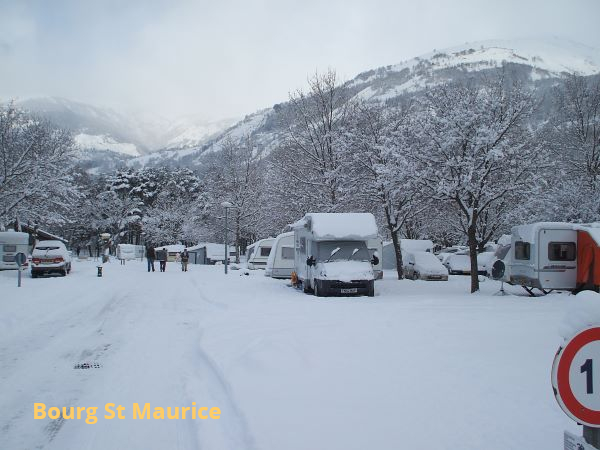 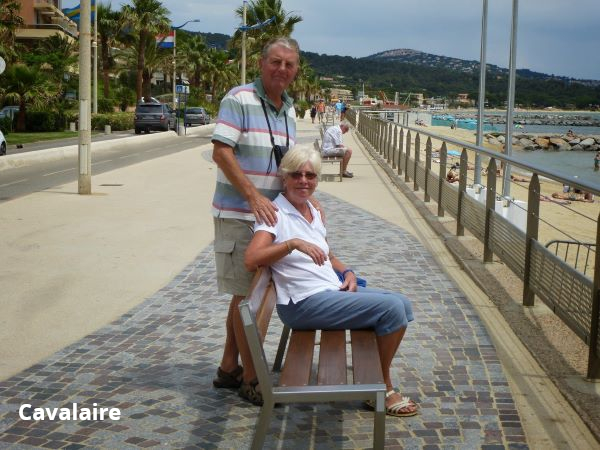 I like it Chas, just hope those who are putting off for another year read it and seize  the day. Good luck

Best of luck Chasncath, We are not too far off from doing the same.

Your posts on CT have always been interesting and inspiring and on one occasion in the past you stood up to someone who had upset many people on here and it was a great relief to many of us!

I think you have done what you set out to do and will have some wonderful memories of  those travels. For all sorts of reasons we don't all do the same things it but it's lovely to read about people who've travelled and have given back the details in some excellent stories and photos.

Really enjoyed reading that, and seeing the photos; lots of lovely memories!  Krk is one of the places we've been to as well, brought back memories.

Good luck to both of you. What wonderful memories and you’ve kept us entertained with your stories and photos.  All the best to you both for the future

Great adventures! You completely have the right sense of priorities

Its sad that you have come to this decision but how many of us are that far behind? I am not sure how many people read this part of the forum but I have always enjoyed your stories and I will miss them. At least I have had the pleasure of meeting you in person a few years ago at Henley. Good luck with what you decide to do next.

Thanks for all your kind comments and good wishes. We are now motorhomeless and having withdrawal symptoms! A cascade of medical appointments will keep us busy through the summer.

Lovely stories Chas and for certain you are lovely people. Whatever you do next look after each other and stay safe. GOOD LUCK.