In these dark days before Christmas, it's comforting to look at some photos from the Summer. And so, here's a few taken on our days by the seaside on our late-summer seaside trip to France.

Our first stop was Camping Sainte Claire at Neufchatel en Bray: this was the only site which we booked. We met up with chums Jeanne and Graham and had a couple of enjoyable evenings swapping stories and drinking rosé. They then headed off to Spain while we headed west to Dinan, of which we've written elsewhere.

Our plan was to spend a few weeks by the seaside, and so we set off for Camping Goviro at Quiberon. 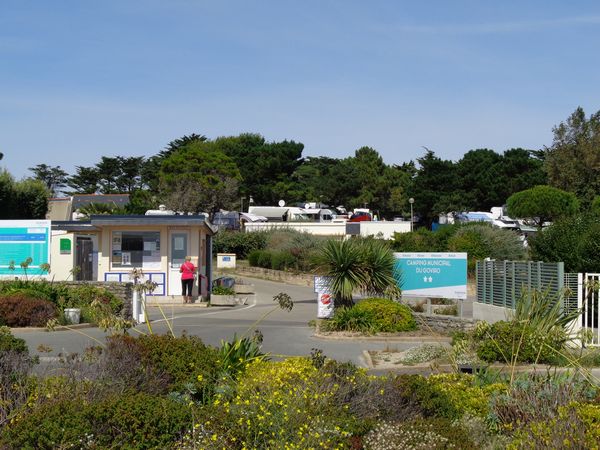 View from our pitch 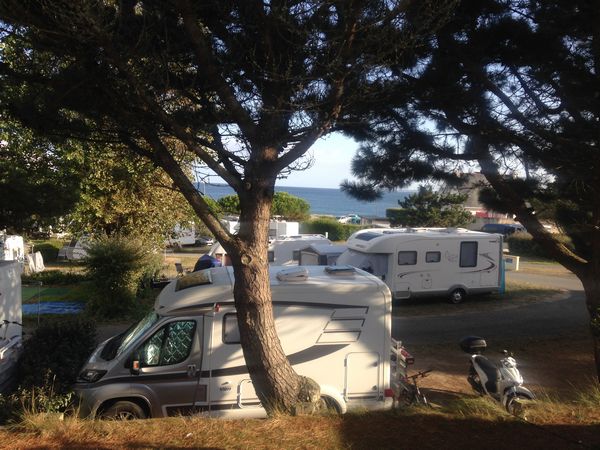 We were there last year: it's a municipal site opposite a small beach with fairly level walks to the town or to the point. 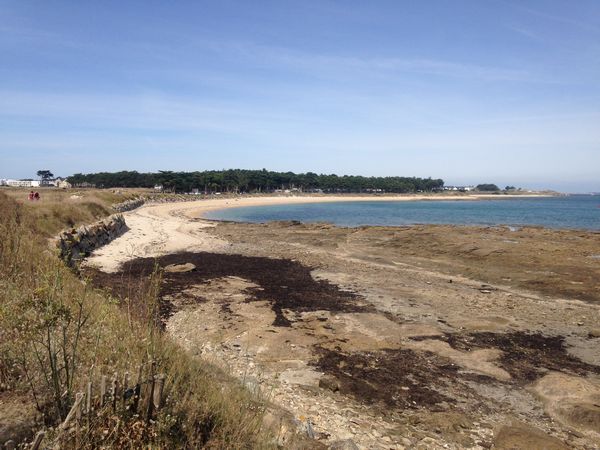 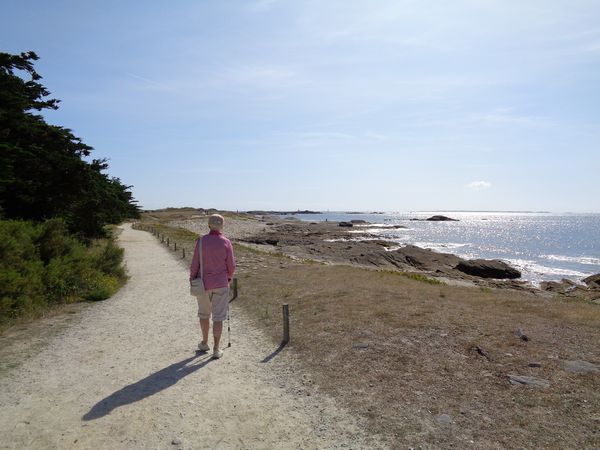 While we were there, a Triathlon took place over the weekend. It was all very jolly and exciting.
Swimming 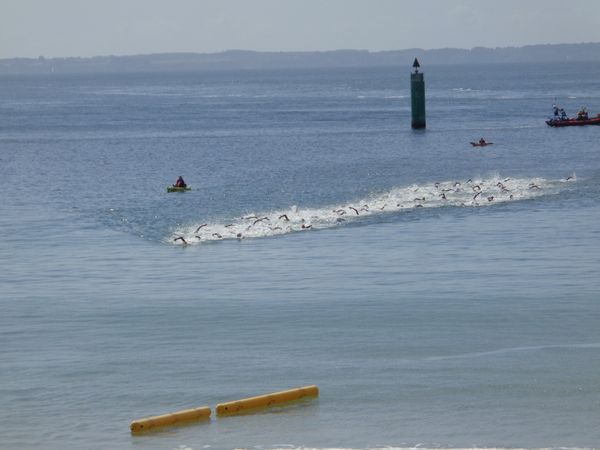 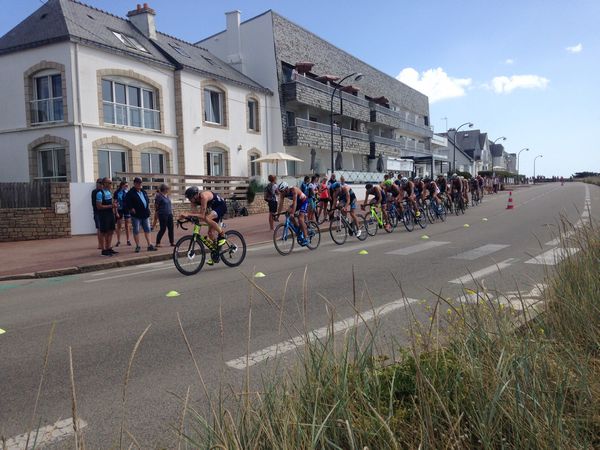 The site regulars took the opportunity to wave their 'Save Goviro' banners in front of the tv cameras. ( the town hall has sold the site to a big holiday company for development). Here they are having a protest meeting on site. 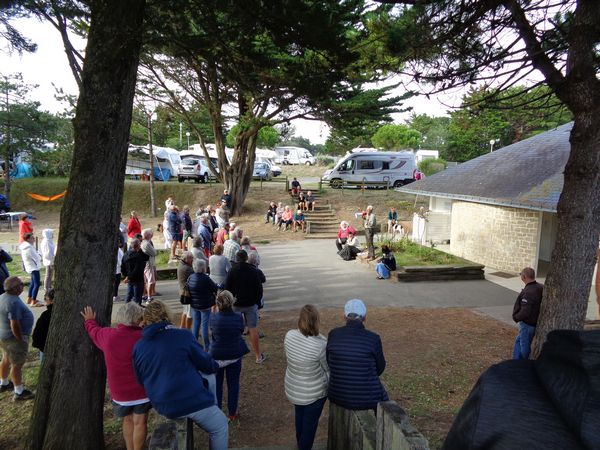 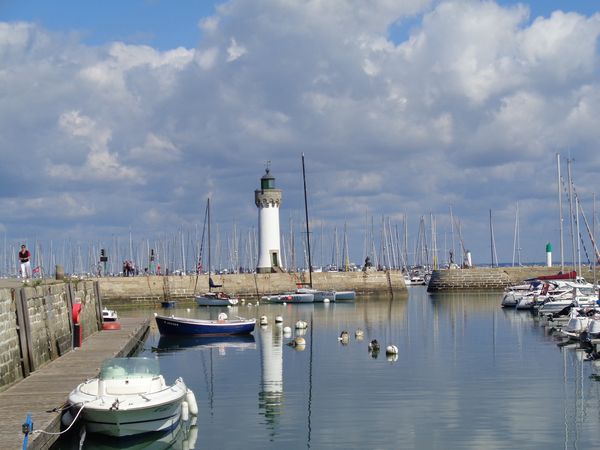 Next stop was a short way down the coast at La Trinitié sur Mer. Camping de La Baie is a site just a stone's throw from to the beach and walkable ( slowly for us) to the town via the coastal path or through the old town. 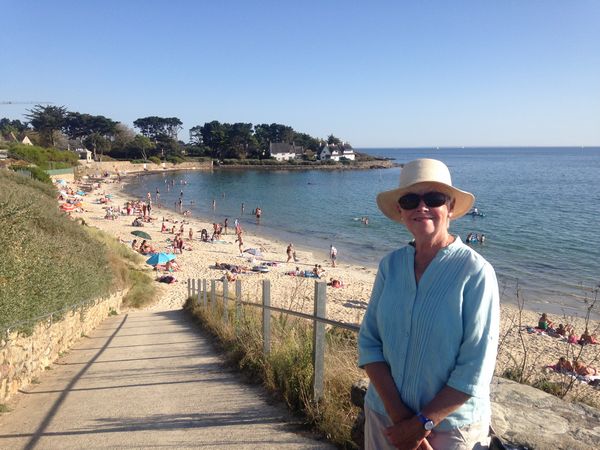 We went for a couple of nights and stayed for a week. Hot and sunny days meant parasols on the beach, and afternoons in the shade. 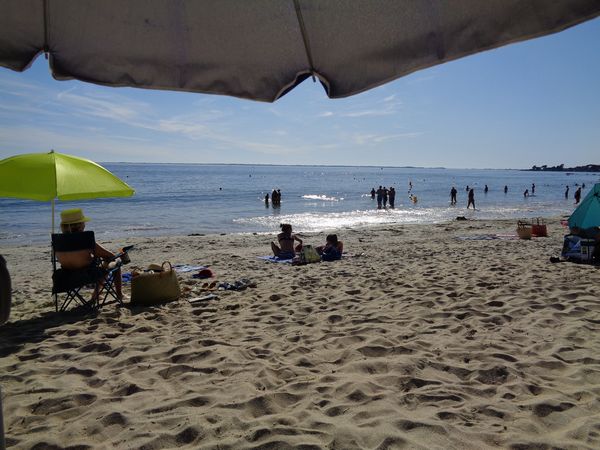 We did manage to lunch with galettes from a take-away van by the harbour. 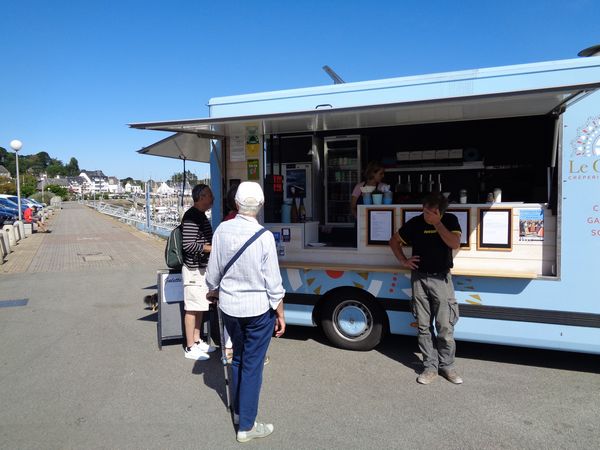 We left La Trinitié and headed south towards La Baule to see the world-famous beach. Using Archie's poi info we found Camping Cline at Le Pouliguen, another delightful small municipal site within walking distance of the beach and the biz. 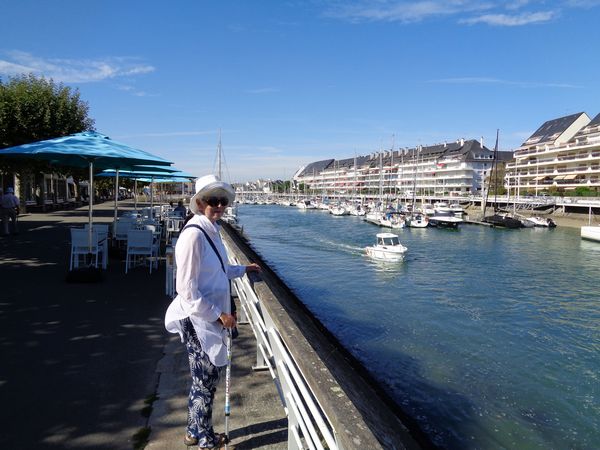 We arrived when the office was closed for lunch, but as the barrier was up we found a pitch, had lunch and returned to reception at 3pm. It turned out that the barrier was u/s and we were given a right telling-off!

Le Pouliguen is the other side of a river/inlet from La Baule which is reachable by a bridge just up-river. 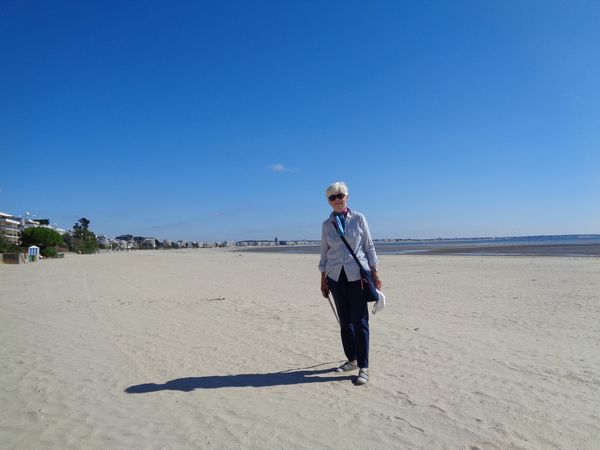 La Baule, a purpose built resort, has a beach miles long but lacks the charm of Le Pouliguen. 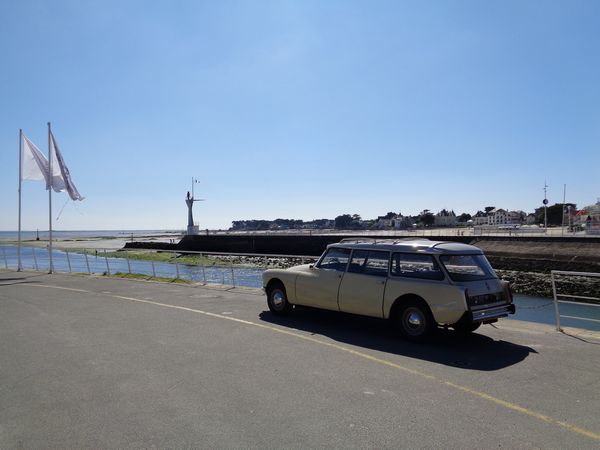 The site manager said she was worried that their small commune would be taken over and the site cleared for houses! We'd like to go back to Camping Cline, so we hope it doesn't happen.

Last year we stopped for two nights at La Bernerie en Retz, south of Pornic, but it had rained heavily and Cath was unwell, so we wanted to go back in the sunshine. This involved crossing the Loire by the scary Pont de St Nazaire, a feat described elsewhere in 'Stories'. To our dismay, all the 'mobilhomes' on the site were going to be occupied for the following two nights by a corporate 'party'

with music till 3am. A one night stop then! We had an afternoon walk around, saw the beach,,had an ice-cream 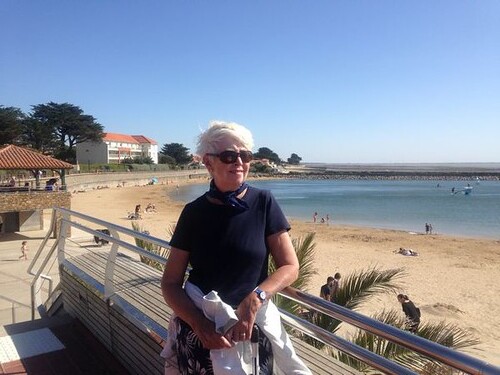 and by chance met Tammy Girl and her OH who were cycling back from Pornic.

We had hoped to visit Pornic and moved to another site; however, no buses, we can't cycle, and too far to walk so that's still on the 'to do list'. Our plan scuppered, we then decided to head a bit further south to St Jean de Monts with its endless beach.

We stopped at Camping Les Sirenes, a site not far from the promenade and beach. This site looks like it's been taken over recently and is undergoing an uplift. 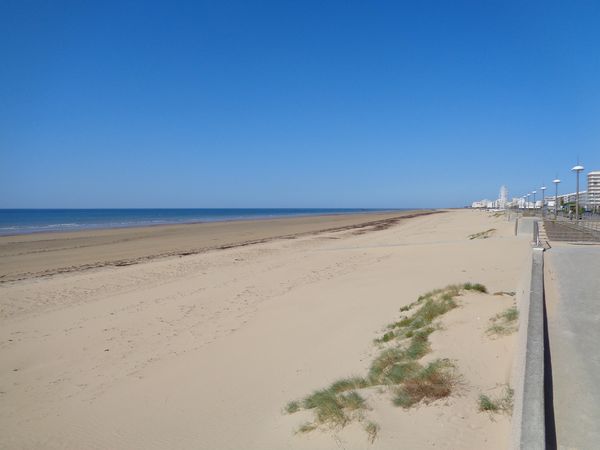 Everything very flat so great for those less mobile and ideal for leisure cyclists.
The resort was very quiet at the end of September: we don't think we'd be all that keen on being there in high season and we enjoyed a sedate promenade along the seafront. 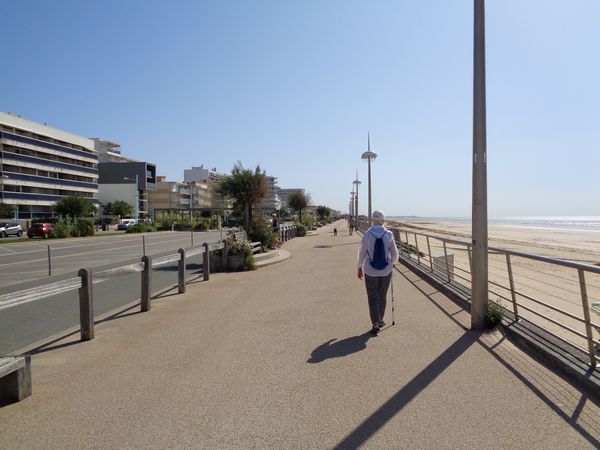 Sadly it was time to turn homewards after a few days, and so we set off northwards to Nantes, which we've mentioned in another Story, then La Fleche,( on the other Loir)for four nights 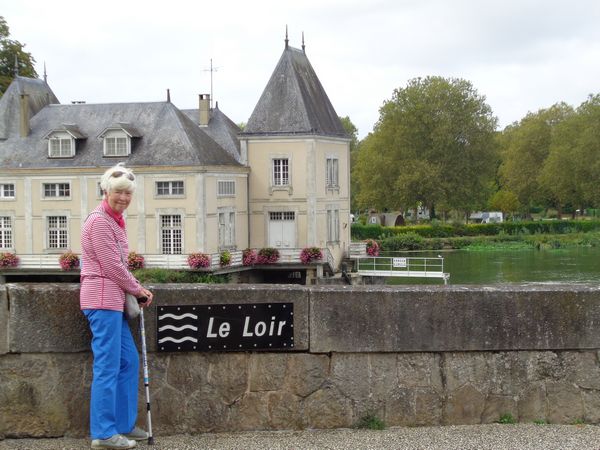 then back to Neufchatel for an overnight stopbefore our final seaside stop at Calais where we walked along the prom and had an ice-cream!

Nice to get some ideas for possible trips, if we ever get over there with the van!! An excellent write-up, thank you 👍