Alice in the Palace For a few years now our last trip of the year has been to some Christmas event, assuming there is a suitable campsite nearby. So we have visited Chatsworth (several times), Longleat and last year Warwick.  I noticed, I think in the Club Magazine, that for the first time Bladon Chains would open later to allow members the opportunity to visit the events happening at Blenheim Palace. The Palace is within walking distance of the Club site but it is still quite a hike if you have any mobility issues. We did discover a very handy bus service, half hourly in the week, from near the site entrance as the bus takes a short cut to avoid the roundabout on the A44 and drops you off outside the Palace Gates. 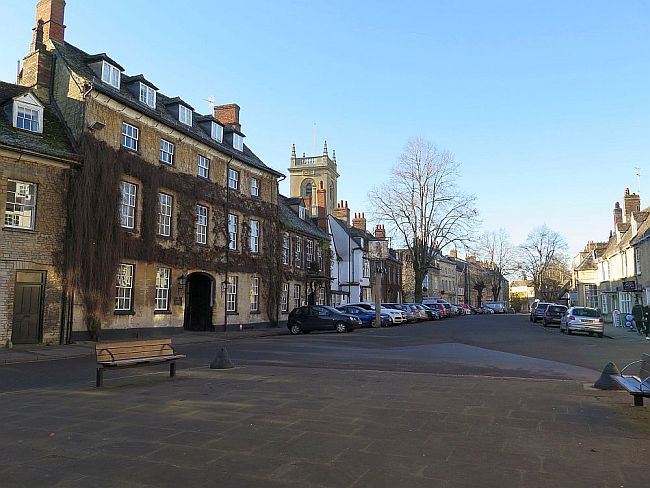 When we were booking in the warden gave us a lot of information on what was happening at Blenheim, including the fact that you get a 30% discount off the ticket price if you produce your campsite receipt. This can be converted to a yearlong pass for free should you want to. We arrived on the Sunday for four nights but the bad news was that the Light Show would not be available on Monday and Tuesday so if we wanted to see that Wednesday was our only option but we had to book a place as they were timed slots. The same was the case for the show in the house, although that was open all the time, called Alice in the Palace, more of that in a moment. We were advise to hot tail it along to the Palace to put all this in place for our planned visit. Being a Sunday it was very busy but we managed to get everything organised but decided against bothering with the light show. 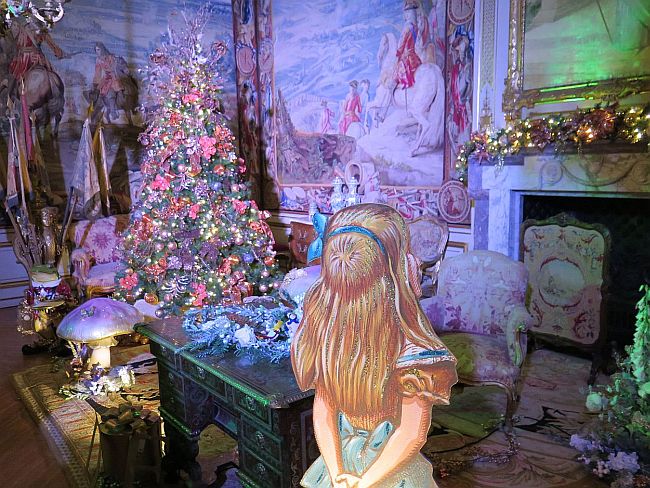 On the Monday we caught the bus from near the site gate into Woodstock (the bus goes to Witney in the other direction). Woodstock is a lovely little Cotswold town with that mellow yellow stone which reflects the sunlight. There seems to be a good range of shops, restaurants and cafés. You can also walk round to the town entrance to the Palace and immediately through the Arch you get a nice view of the lake and bridge. On the way back the bus takes a slightly different route as it has the use the roundabout on the main road before taking the Bladon road but it drops you off pretty near the site. For those wanting to visit Oxford you have to walk up the main road. 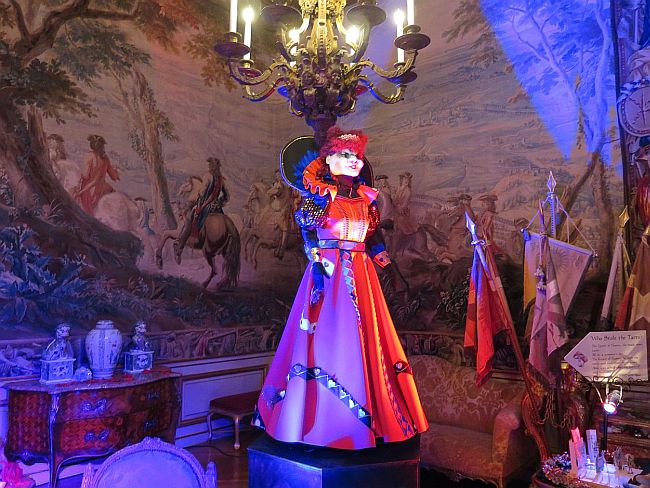 Tuesday and we returned to Blenheim. Our tickets for the Palace were timed at 2.30pm so we had plenty of time to look round. We had a coffee before spending (too much!) time in the Gift Shop. Having escaped we had a look round the Christmas Market which had some nice stalls but things do tend to be particularly expensive. We wandered over to the Palace entrance just to check where we needed to be and almost by accident found a second café where we had lunch to fortify ourselves for the Palace tour. The Theme  is Alice in the Palace which I imagine most people would work out was Alice in Wonderland. Stately Homes seem to lend themselves to this sort of show. I seemed to be the odd one out as I had a real camera where as everyone else was using their phones. A final look around the Market before making our way back to the campsite. 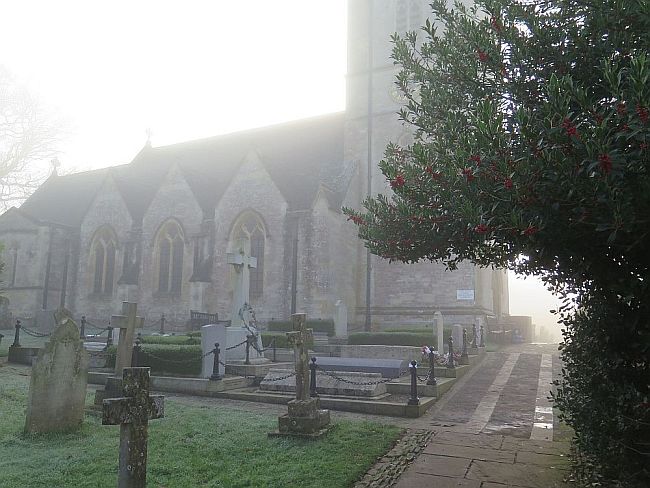 Our final day, Wednesday, dawned what some might describe as foggy but I prefer misty as you could see the sun behind the mist. We decided to have a walk down into Bladon village. There is a handy short cut from the back of the campsite. Bladon, and particularly Bladon Church,  is famous for being the burial place of Winston Churchill. Prime Ministers are usually buried in Westminster Abbey but he wanted to be buried in the family plot. Other than a few houses and the church there is not much else in Bladon except The White House pub which is handy for a coffee or a pint. This was our last day on site before returning home. We have been blessed with some really lovely sunny weather albeit pretty cold. However providing you wrap up warm and have a decent heating system in you outfit it does make winter touring worthwhile.

I do hope you converted your ticket to the annual pass? We throughly enjoyed Blenheim Palace having converted our ticket a few years back. Being a fair distance away we didn't use it as often as I'd have liked ! Good to know you can still convert and hope we can get there soon, didn't manage autumn or Christmas so that's a good incentive.

We did have our photos taken!

Thanks David! We swapped our Bladon booking for C&CC Oxford this year and regretted it. I see you got the bus to Woodstock but it's walkable too and a nice place to visit. "Alice in the Palace" would have been preferable to our brief muddy Oxford visit. Strange that when I looked on my phone all the photos were distorted but all ok on the laptop.

I think sometimes there is a distortion if the phone signal is not good as it will try and load in a lower resolution. Just checked my phone on the house WiFi and them seemed OK. Regarding the two sites, Bladon Chains does have its shortcomings as well, see my review! At least they do have hardstanding and they were the only ones open at this time of year whereas the C&CC site is all grass, although I understand they use the site roads if its too wet to use the grass which is sensible but adds an element of difficulty. You can certainly walk from the CMC site to Blenheim but it does depend on one's general mobility. We found it easier to use the bus and reserve our energy for the town and Palace

There is a very regular bus service into Oxford from near Bladon Chains but it's a bit of a longer walk than the bus we used.

Sensible to reserve your energy for the trek to the palace.

It might be my phone as it's developed a few problems recently.

Interesting comment on the photos. The ones in the heading are all fine but the ones in the story are all distorted. I took it it was the joys and quirks of this site 😂. It did also cross my mind that David had used a 'proper' camera not his phone, but that doesn't hold up because the first ones are fine.

It's the same on both my Samsung phone and tablet. Luckily I got  the essence of the shots but it's a shame. I remember visiting Churchill's grave with my dad soon after his burial, no idea how soon but the stone was in place. Dad went in on Gold Beach in the days after D Day, having helped with loading and supplying the actual landings. Haven't got back there since so it would have been nice to see it clearly. Thanks anyway it's the thought that counts!

I wonder if you are trying to view in in portrait format. If you swing the phone/tablet round to landscape the pictures should be OK. In portrait on my phone I noticed the pictures seemed squashed but if I change to landscape they are fine. BTW you can view all the photos and many more online here http://www.davidklyne.co.uk/caravan_travels_in_the_UK_2019.html but you have to scroll down the the bottom of the page as that page shows all our trips for the year.