Lockdown, no not that one! Our first trip away of the year to the Club site at Moreton in Marsh. Whenever I think about Moreton in Marsh I am reminded of the old radio comedy Much Binding in the Marsh.  For anyone under sixty this will probably go completely over their heads!!!

I digress. We only live 50 miles away from the site which we have often used to try out new outfits over the years. It is also within easy walking distance of the charming Cotswold Town. The only thing probably not charming about it is the traffic which always seems busy.

On our first night we had something of a menu malfunction as the planned food had not defrosted, despite being in the fridge for two days! Apart from baked beans we didn't really have an alternative. It seems on this site there are food vendors almost every night and as luck would have it the Pizza man was here today so I didn't starve!!!

Given that COVID is still dictating how and what things we can do I found Margaret's choice of book somewhat interesting. It is written by Peter May and is called Lockdown. Nothing to do with COVID as it was written six years ago but deals with a similar subject matter.

We were lucky with our three day stay weatherwise with some lovely sunshine and temperatures gradually creeping up. We did our usual circuit of the town. The Budgens supermarket at the north end has been taken over by the Co-Op. A number of premises seemed empty but quite a few of those were having work done which was encouraging.

The next day we did wonder about taking the bus to Stow on the Wold but it was such a nice day we decided to stay on site. Quite a bit has been happening on site since our last visit in 2019.  There are now about a dozen serviced pitches and some of the older, smaller pitches have been reconfigured to make them larger. There is still some way to go but a good step in the right direction. Something else is happening on site which seems to be a bit of a Marmite subject is that they are constructing four Safari Tents in addition to the already existing Pods. The once very spacious field/kick about area has now gone!

When we arrived at the site and when I restarted the engine after paying at reception I noticed an engine warning light stayed on. So when we were getting ready to leave I was concerned to see it still didn't go out as we made our way out of the site. The handbook indicated a possible problem with the emissions control system which can reset itself. A couple of miles into our journey we had to pull into a lay-by as something was ratling. When we moved off I noticed the light had stayed off, sigh of relief!! On the way home we filled up with fuel, the first time in seven and a half months, so it did occur to me that perhaps the light was something to do with that?

Thanks David, nice to see the photos, I can't help thinking it's going to be quite a sprint to the facilities in the middle of the night...no on board options available!

Good to be back on the road! We're off to M in M on Monday then Dorset, taking in Cirencester and Tewkesbury as well. We were supposed to be on the Cote d'Azur this month! We miss the sea, but managed a few days at Cleethorpes! Chips on the prom instead! 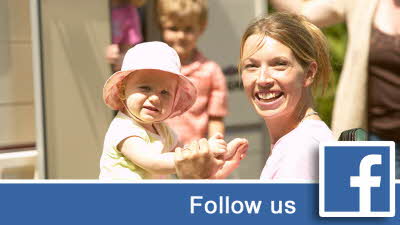