We Took the High Road For our September trip we decided that we would journey up to Scotland but the intention was not to venture too far beyond Edinburgh. We had three weeks at our disposal, a car needing its first MOT meant we had to be back in the last week of the month. Unusually for us we set off on a Saturday thinking it would be rather like a Sunday traffic wise but we got that a bit wrong!

Our first stop was York. We tried to book Rowntree Park but could only get two of the three nights we wanted. We did discover a small site on the edge of York called Cherry Tree Cottage Caravan Park which had all hardstandings. It turned out to be very nice with a half hourly bus service into York from near the entrance. On the Sunday we had a walk around to Poppleton and a nearby Garden Centre as it was such a nice day. The following day we caught the bus into York. It was now that we discovered that we had left our English bus passes at home! The nine pounds for two day tickets certainly hits home how valuable those bus passes are! 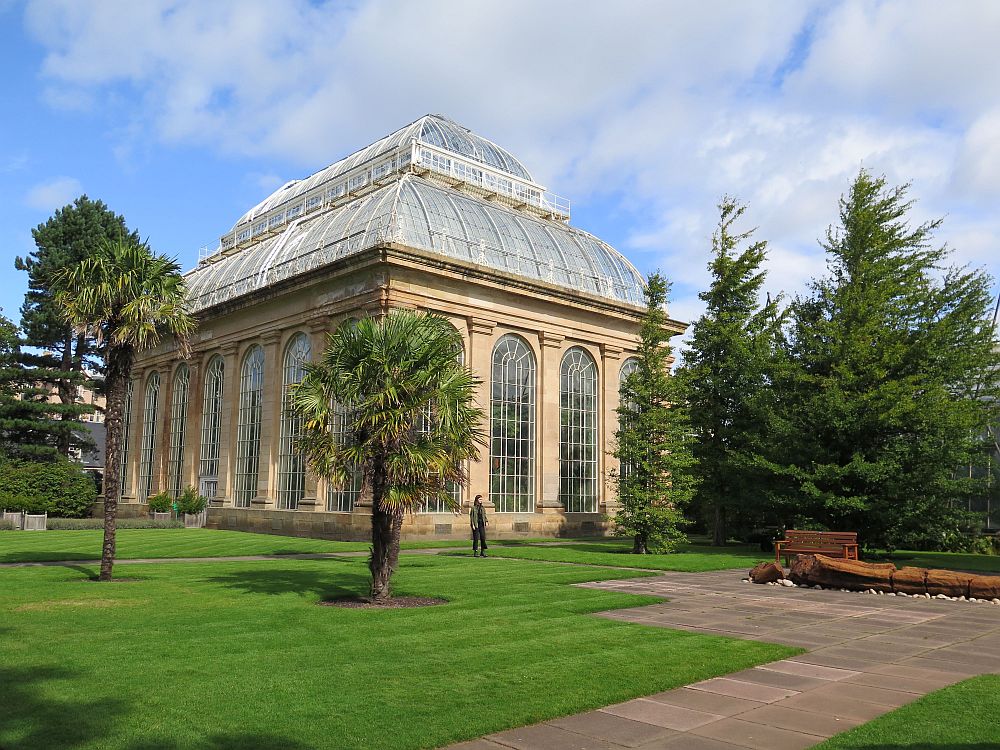 Time to make the longer journey to Edinburgh with a stop for fuel and food shopping at Newton Aycliffe en route.  We stopped at the border for some lunch and witnessed others puling to a holt, jumping out of their cars, quick photo and on their way! As you get further north on the A1 the road is quite close to the sea and get some nice views. As we approached Edinburgh I had to decide whether to follow the Club route instructions or continue via Leith and Portobello. We decided on the latter but I am not sure I would recommend it as its slow and congested. Unusually for us we arrived very late at the Edinburgh site, it must have been about 4.30pm. 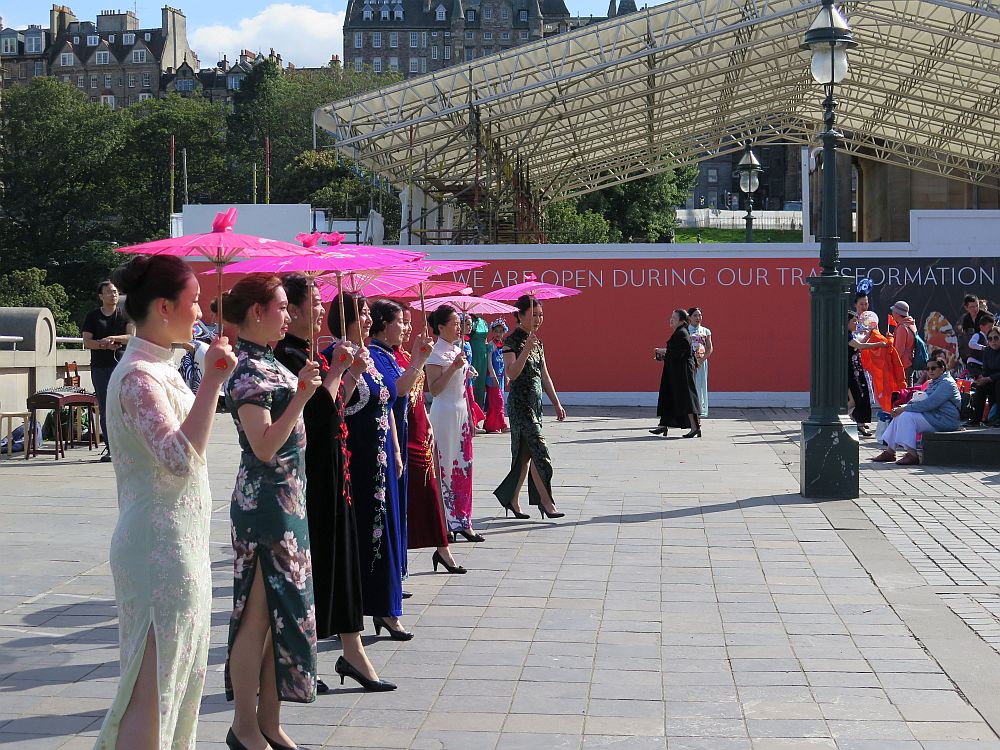 The first day of our stay was a bit wet so we used it as a recovery day although later, when it dried up a bit we did walk down to the Promenade near the site with lovely views out over the Firth of Forth.  We had two full days in the City. The first day we took the bus despite it being a fair walk from the campsite. We got off at the Botanic Gardens which are free to enter, you only pay to go into the Glass Houses. They had an interesting wall with plants that like to cling to surfaces. Back on the bus into the centre of the City and down the Royal Mile to Holyrood Palace which we visited. Noisy demonstration outside the Parliament Building, not sure if it was about Brexit or Independence or both! Our second day in the City was the Saturday and this time we used the taxi service from the site which drops you off at the top of Princes Street. Last time we were here the Tram system was late and over budget so it was good to see them actually running. After a coffee in the St James Centre we started to make our way up to the Castle Gardens, stopping en route to visit the National Gallery. In the forecourt of the Gallery there was a group of Chinese ladies in their lovely dresses with umbrellas doing a sort of fashion show! After a lovely walk around the Castle Gardens we set off to find a restaurant for a meal before heading back to the site. 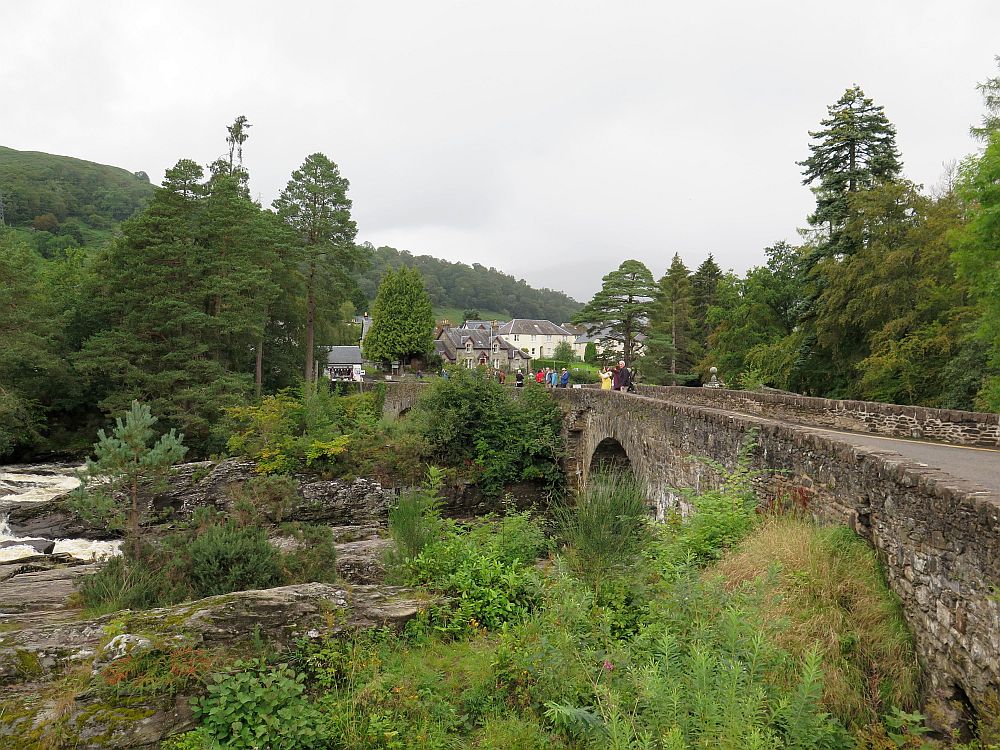 Time to leave Edinburgh and head a little further north. We have booked the Maragowan site at Killin for three nights. En route we stopped at Falkirk for fuel and shopping at the local Tesco. The aim was to visit the Kelpies. We only wanted a quick look round and I thought the £5 charge for that was a bit excessive given that we would have only been there of half an hour. Probably should have stopped!  As we turned off the A85  I spied the Lix Toll Garage where some twenty years ago we had to have a new caravan tyre, I had to instruct them how to fit the Tyron Band! The Killin site is at the end of Loch Tay where the two rivers Dochart and Lochhay  join forces. The main tourist attraction of Killin are the Falls of Dochart at the far end of the village.

Time to move on and we are heading for Forfar. For an easy life we could have headed back towards Callander and Perth for the easy route bur we decided to go via the northern shore of Loch Tay. It was narrow in places and slow but we made it to Forfar. Forfar Lochside on the edge of the town is a really nice campsite adjacent to the Country Park which provides walking opportunities and for the little ones a good play area. It is a pleasant little town with transport connection south to Dundee although we didn’t make use of this option. It is an easy walk into town from the campsite. 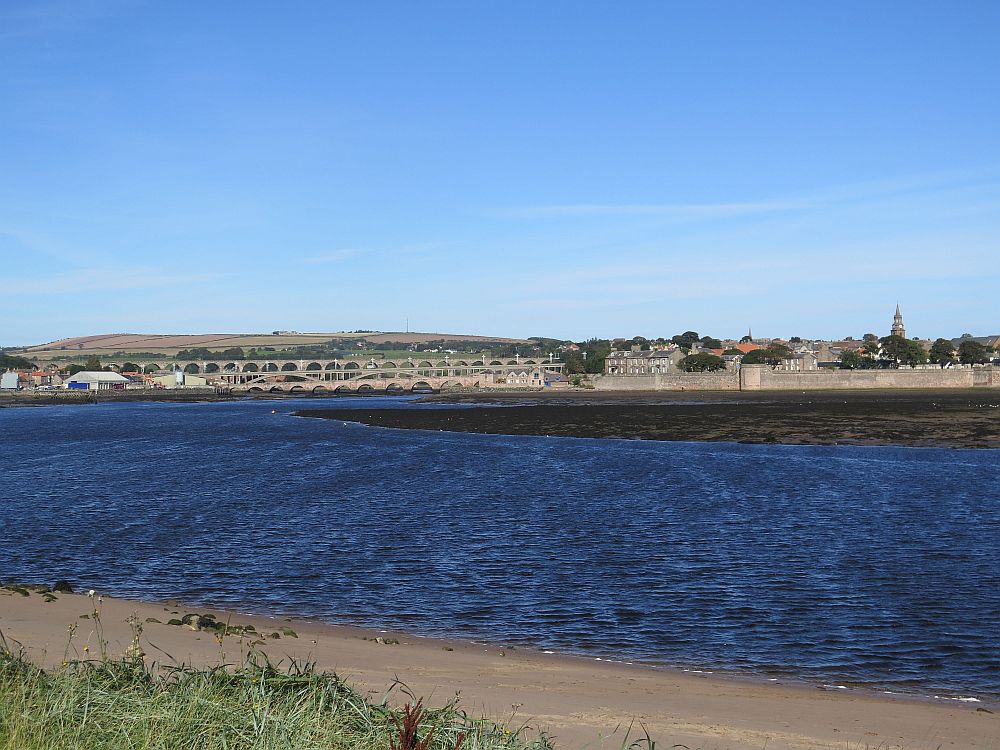 After our few days at Forfar time to start moving south and over the border back into England. We first had to navigate around, Dundee, Perth and Edinburgh crossing the new Queensferry Bridge. Very impressive and a little reminiscent of the Millau Viaduct but on a much smaller scale. We are heading for the Seaview CMC site at Berwick upon Tweed. There was not much choice of pitches when we arrived as the site was pretty full but we found a nice pitch at the far end of the site near the railway. Many of the reviews mention the railway noise but we arrive on a Sunday when there were no trains!!! When they did arrive they were nowhere near as bad as some of the site reviews suggest! Whilst the site is not perfect by any means we grew to love it and would certainly hope to revisit in the future.

The bus stop into Berwick is right outside the campsite. Even the driver was surprised that we didn’t offer up our bus passes as we paid for out day tickets. Berwick is only about two and a half miles from the Scottish border and over the centuries has been a point of defence. This is illustrated by the ramparts around the town which you can walk around. Berwick was also a favourite place for LS Lowry the painter and the town has a Lowry Walk. Berwick is also a place of bridges with the Old Bridge, the replacement modern bridge and the railway viaduct all of which dominate the view of the town. To get the best view back to the town you can walk from the site down to Spittal and the Tweed Estuary and if you turn round you can see the campsite spread out along the hillside. 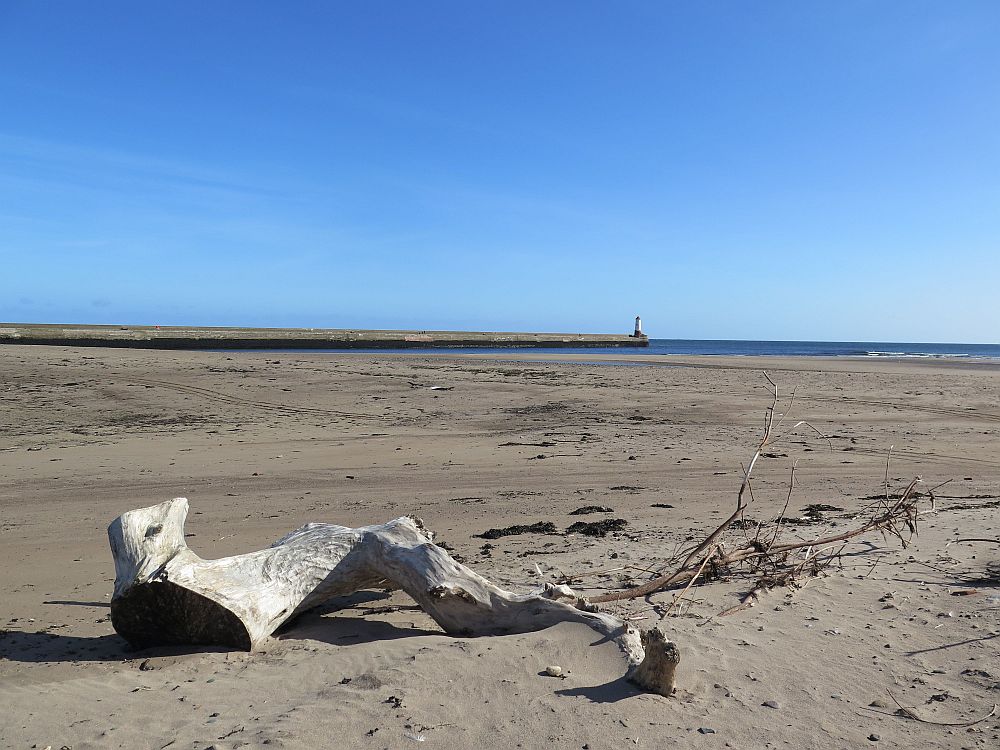 Having really enjoyed our stay at Berwick it was time to move on to our final stop of the trip. This was going to be Thirsk but because it has been a bit wet I decided to cancel and book the C&CC site at Boroughbridge where I could book a hardstanding. The town of Boroughbridge, and the site of the famous battle, is within reasonably walking distance of the site. On the way into town you pass the Devils Arrows which is a group of three obelisks, their purpose seems to be unknown but they are higher than Stonehenge! The town seemed to be busy preparing for the World Cycling Championship the following weekend. The site was nice but its proximity to the A1(M) meant there was a constant drone of traffic. 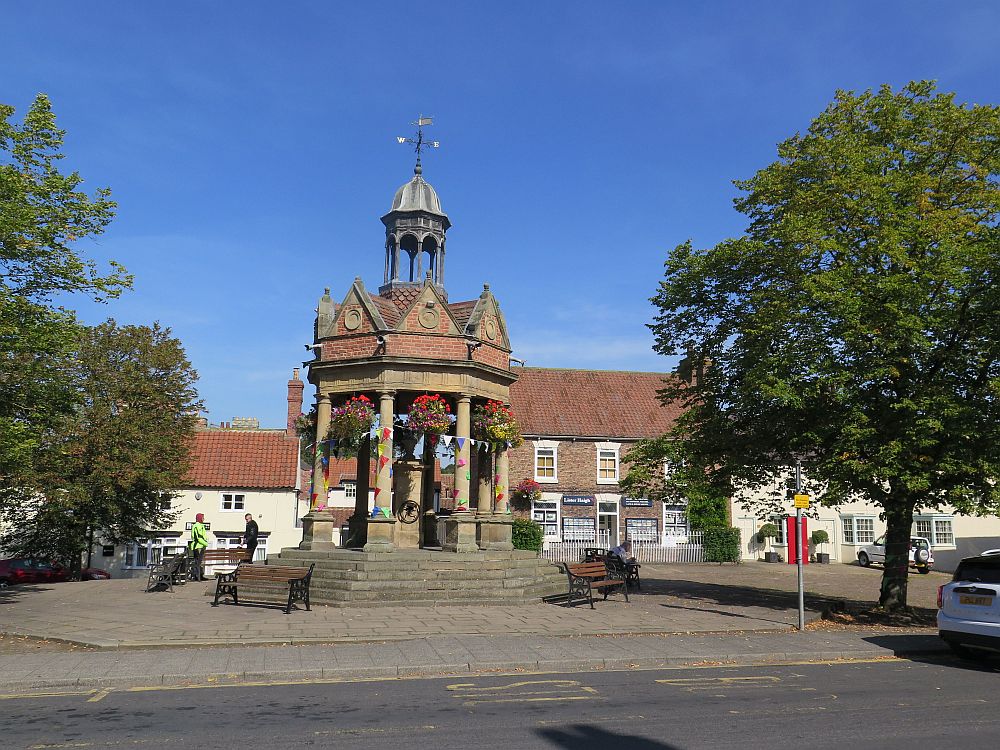 Sunday and time to return to MK. We had stayed at six campsites and travelled 1001 miles.

Sounds like a well paced trip David. I'm a great fan of Edinburgh Botanic Gardens, I love the glass houses! Interesting to read about the ancient stones at Boroughbridge, I've just had a read about the area and would like to see a bit more myself one day.

Thanks for posting the story and photos.