I'd better qualify that first. I'm female but no longer really a girl. More like a middle-aged woman. Nine years after a spinal cord injury, I'm still working out what I can do independently and finding new ways of doing things that were once dead easy. But in general, I try to do as much as I can and push my boundaries a little.

A year ago (almost to the day) we bought our first motorhome. I grew up tent camping and at one point had a caravan and then stopped for a while, but a combination of Covid, some terrible experiences with 'accessible' accommodation and the bladder issues (sorry, TMI) associated with my disability, led us to the conclusion that a motorhome would be a great idea.

We have had several holidays over the last year, along with months of frustration at being unable to go anywhere. I'm not the greatest fan of summer, and all the main lockdowns have coincided with the time of year that I would usually be making the most of life. Oh well, hopefully this winter will be different. And at least I've managed (so far) to avoid this rotten virus!

Last week, I'd booked leave but my hubby couldn't get the same week off. I was itching to get away but I'll be honest... I was really quite nervous about going away completely alone, without my best friend and carer. However, I'm never really alone, as Liggy, my black lab assistance dog comes everywhere with me and although they (Canine Partners) didn't include emptying a toilet cassette in her training, she does a lot of tasks that make life manageable even in a motorhome. So I tentatively booked two nights at Waleswood, a commercial site next door to Rother Valley Country Park... chosen because they have gone way above and beyond in making the site accessible.

The site is about an hour's drive from home and having spend the morning loading up and trying to make sure I didn't forget anything crucial... Liggy's food, every mobility aid I own, food, including fresh tuna steaks from the fish van that morning... that kind of thing, we were off. There's something really special about that moment when you pull out of the drive onto a small residential street in a monster truck (by comparison to my usual car) waving at the neighbours, who clearly think I'm insane.

Arriving on site is always a bit of an unknown and usually the first indicator of accessibility. I breathed a huge sigh of relief when the view in front of me matched the photos on the website. This should be inevitable but experience has led me to become quite sceptical. We were given a pitch number and a toilet code and off we went. Once I'd reversed onto the somewhat huge hardstanding, Liggy afforded me five minutes of patience to connect the EHU and turn on the gas, before she almost burst with excitement at being somewhere new and full of opportunities. I've learned over our four year partnership that giving her an exploratory walk as soon as we arrive calms her down and then she's back to being her usual helpful self.

A brief walk around the site confirmed that it really was as good as it had been advertised to be. The only disappointment was that the path down to the country park was genuinely too steep for me, so I resigned myself to having to put everything away and drive down there the next morning for our much anticipated hikes around the lakes. I have become quite efficient at doing this, following a touring holiday earlier in the year, when we stayed at a different site each night. Rather geekily, I use a set of checklists so that I don't forget anything. Not sure whether to put my memory down to age, constant pain or just being forgetful but I figure checklists work for pilots and surgeons, so they can work for me too.

That first evening though, we just stayed on the site and ventured up to the viewing area to get an aerial view of the lakes. It was a beautiful cool evening and I could've stayed there for hours, just watching the sun go down... but I didn't fancy negotiating the rather uneven path back in the dark, so we headed back and prepared the motorhome for the night, snuggled up and enjoyed that feeling of freedom that you get when settling down in a new location for the first night.

The next day, we did a couple of laps of the lakes, one alone and one where we met with a friend... Liggy's trainer from when she was in advanced training, and her two dogs. It was lovely being outside, getting exercise and generally catching up. It also encouraged me to go back the next day for more walks.

The final morning was amazing! I doubt that anyone, in the history of emptying toilet cassettes has ever felt so excited! This is the one job my lovely husband always has to do because wheelchair accessible elsan points are rarely found. But this one was perfect. So, with the cassette on my lap, we set off up a slight hill to do a thing. Liggy rather unhelpfully decided that the occasion should be marked with a poo-stop, which meant a little juggling act to pick hers up and then continuing with a poo bag balanced on top of the cassette. But we did it! For the first time, I emptied my own loo! Golly, it felt good!

Before setting off for home, we called back in at the country park for one last walk and a paddle in the lake for Liggy. She's not that keen on water but does like a knee deep paddle. However, she knew it was quite shallow and had been sniffing her way around the boat ramp and then suddenly jumped in. I'm not sure who was more shocked - me or her. I was extremely relieved when she eventually surfaced and did a sterling job of her first (unintentional) swimming lesson.

So we both left having done something new. We both had that great feeling that #ThisGirlCan!

Thanks for sharing and also thanks for adding the photographs.

Thanks for the story and photos, good to hear of a site where things are well thought out.

Have you thought about sending an article off to the club magazine?

Thanks for posting. A good read and I'm glad the site was suitably planned.

I agree with brue offer it to the club magazine. It would make a good article and maybe cause the club to examine their sites in regard to similar accessibility. I must admit that such things didn't cross my radar for site use. Plus how much encouragement would it give others in a similar position? In fact why not offer it to other similar magazines a 2nd income never hurt anyone 😉

I wasn't sure whether they would want a story that wasn't about a club site or CL. I might wait until we have our first club site experience and then write about that. 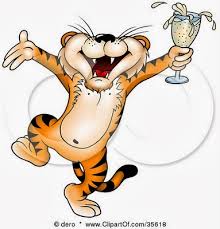 Great story and such a good read! So glad you were able to get out and enjoy yourselves. Look forward to reading further stories.

As others have mentioned - this type of article may be of use to others and would be helpful to many. It would be interesting to see if you can find Club sites which suit. An email to Practical Caravan magazine should also be on your agenda?

Great to read about someone with such a positive attitude.