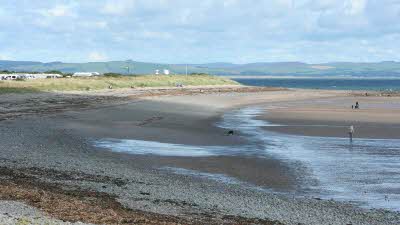 UK staycations from £14 per night

Located in the heart of the south west, Cadeside Club Site is surrounded by picturesque countryside and great cider is never far away. The site is between the Quantocks and Brendon Hills in the north and with Blackdown Hills to the south. The nearby market town of Wellington, named after the Duke following his victory at Waterloo, is only a 15 minute walk away and is full of independent boutiques, high street shops and historic pubs. The site itself is very popular with those travelling further afield to Devon or Cornwall, as it is only two miles from the M5.

For those looking to escape to the English countryside, look no further than the green landscape of Henley-on-Thames, Oxfordshire. Dating back to the twelfth century, the nearby historic town of Henley is well known for hosting the annual world famous Henley Regatta every July. With its towering mature trees and natural beauty, the Henley Four Oaks Site is a great escape for those seeking an intimate setting to escape from the hustle and bustle of everyday life. The site is also just over an hour’s drive away from central London, making it the perfect retreat after exploring the capital.

Prices for a stay at Henley Four Oaks Club site start from £21.60 per night based on two adults sharing a standard pitch with an electric hook up between June-September

For nature lovers everywhere, why not head to the Lake District and Cumbria this summer. Situated in the heart of National Trust woodland, the Borrowdale Club site offers nature trails and walks direct to the lakes, a recently-announced UNESCO World Heritage Site. The area is also perfect for watersports lovers with Borrowdale Club site located within easy reach of local sailing schools and marinas. The site also operates a regular bus service transporting holidaymakers to local towns and villages for days of exploring.

Prices for a stay at Borrowdale Club site start from £18.20 per night based on two adults sharing a standard pitch with an electric hook up between June-September

Located in one of the most unspoilt corners of Scotland, New England Bay offers stunning views across the east coast of Scotland. The Galloway Coastal Path runs directly parallel to the site and ideal for a brisk walk, cycle or run. What’s more, the site provides direct access to the sandy beaches which is great for that hot summer’s day! The site is a firm favourite with families with its on-site games room and playground.

Prices for a stay at New England Bay Club site start from £19.20 per night based on two adults sharing a standard pitch with an electric hook up between June-September

European breaks for under £25 per night

For those looking for somewhere to recharge the batteries after a busy day exploring, De Trogolot site in Brittany, France, offers a peaceful and serene vibe all year round. The site is an ideal spot for taking in the sunset on a romantic evening stroll, as it is located just off of a beautiful pebble beach. The picturesque port town of Roscoff is just a short drive from the site. Here, visitors can find sandy beaches, fresh seafood caught that day and historic C16 and C17 houses. The site also offers a play area, paddling pool, games room and evening entertainment during high season.

Prices for a stay at De Trogolot start from £22.27 per night based on two adults sharing a standard pitch with an electric hook up between July-August

Situated in the nature reserve of the Vecht Valley, Resort de Arendshorst is ideal for those wanting to explore the surroundings. The site is popular with walkers, cyclists, nature lovers and families alike. It is not surprising to see why; with its large green surrounding fields, a small petting farm, on-site restaurant, playground, paddling pool and fishing spots, this riverside gem has something for everyone. Close by, Rechteren Castle, one of the provinces last remaining medieval castles offers a great day out.

Prices for a stay at Resort de Arendshorst start from £17.27 per night based on two adults sharing a standard pitch with an electric hook up between July-August

Located in the northeastern Spanish district of Aragon, Lago Resort offers panoramic views of the mountainous region and the lake below. The village of Nuevalos is only a short drive away and is home to Roman ruins and a grand Palace dating back to the 16 Century. For those looking to experience local culture, why not visit the Monasterio de Piedra which has been home to Cistercian Monks and its stunning gardens and waterfalls since 1194. The site itself offers lots of exciting activities that will keep everyone entertained. These include a swimming pool, on-site restaurant, playground, tennis courts and fishing opportunities.

Prices for a stay at Lago Resort start from £22.73 per night based on two adults sharing a standard pitch with an electric hook up between July-August

Set within the rural surroundings of the west of Ireland, Knock Park is an ideal place for a quick overseas getaway across the Irish Sea. Full of striking natural scenery, the Emerald Isle is a haven for lovers of the great outdoors. Knock Park site itself is only a short distance from the world famous Knock shrine, a Catholic pilgrimage site, which is visited by 1.5 million people from around the globe every year. Knock Park site is hidden amongst the greenery of County Mayo and offers many walking trails, cycle routes and wifi on-site.

Prices for a stay at Knock Park start from £23.18 per night based on two adults sharing a standard pitch with an electric hook up between July-August

Caravan and Motorhome Club membership is just £52 per year and provides members with access to 2700 quality sites in the UK and overseas.