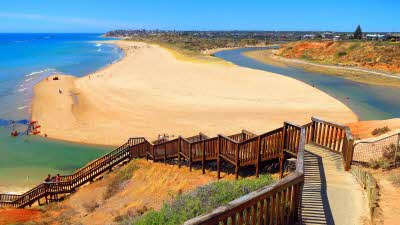 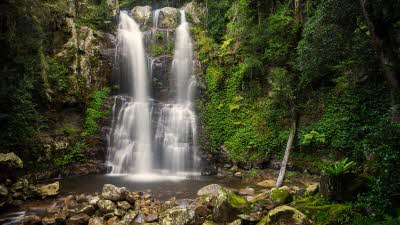 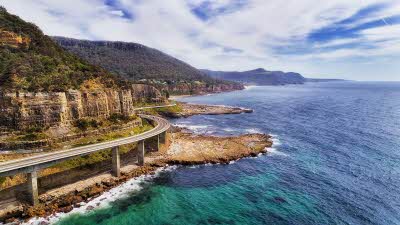 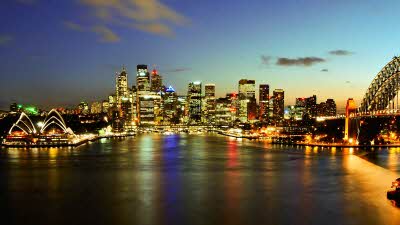 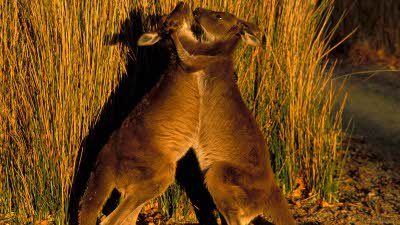 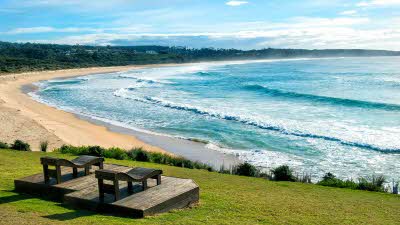 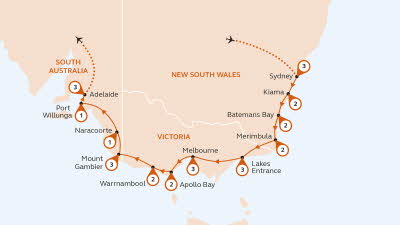 Discover the delights of Southern Australia on this independent tour which starts in the magnificent city of Sydney and travels along the coast, via Melbourne and the Great Ocean Road, finishing in Adelaide. In between, you’ll find hidden beaches, great wines, amazing food and an abundance of Australian wildlife to delight and enthral you.

Complete this independent tour in a motorhome all year round - prices start from £3,899pp. 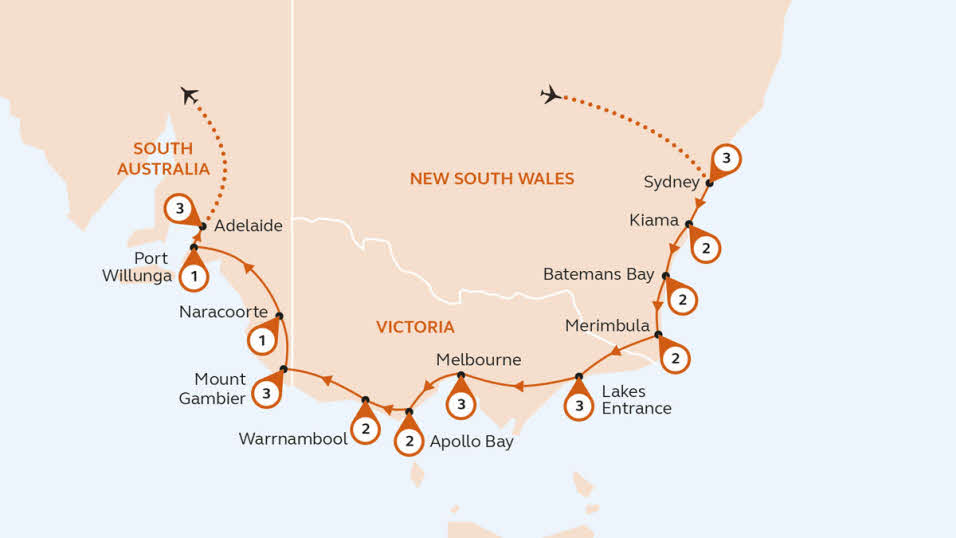 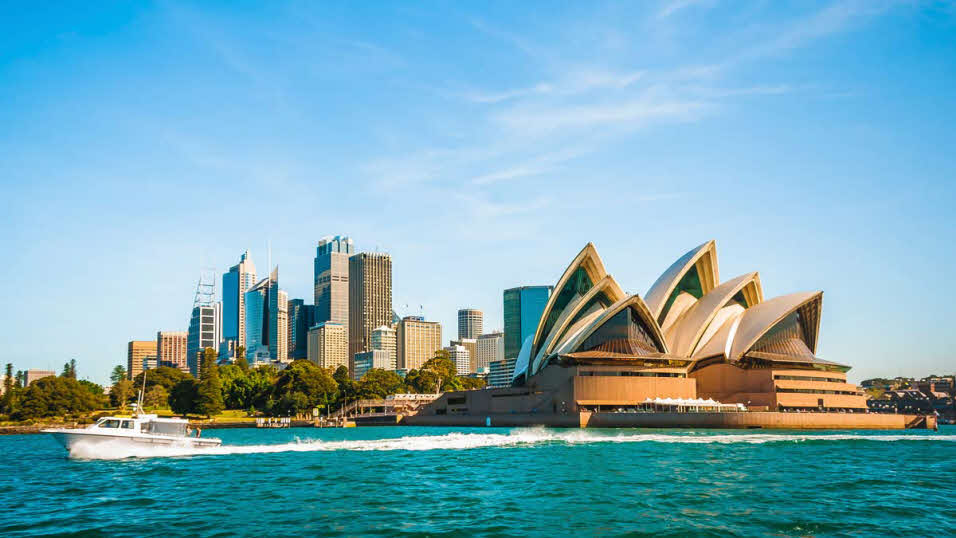 Fly from the UK and arrive into Sydney on day three, due to the flight time and the 10 hour time difference. You will be met and welcomed at the airport and transferred to the Novotel Darling Harbour hotel for a 3 night stay. During your time in Sydney we have included a morning tour of Sydney, to help you find your way around the city, and a Harbour Cruise including a seafood buffet lunch. The rest of your time is at your leisure allowing you to explore the city as you wish. You might like to head for the famous opera house and the harbour bridge or perhaps Bondi beach will be more tempting.

Pick up your motorhome this morning and travel south on the Princes Highway through the city of Wollongong and Shellharbour to reach the pretty coastal town of Kiama. The town’s name is thought to derive from the Aboriginal “kiaram-a” (meaning ‘where the sea makes a noise’) and you’ll discover why when you see the blowhole, which shoots water into the air up to a height of 60 metres. Also popular are the National Trust-classified row of restored timber terrace cottages in Collins Street, which now house craft and antique shops.

Continue your travels south on the Princes Highway on the morning of day 8. Along the way you might like to stop at the delightful little town of Berry or take a short detour inland from Berry to view the scenic Minnamurra Falls and take a stroll through the rainforest. When you continue southwards a detour via Nowra is recommended which will take you back to the coast to visit beautiful Jervis Bay. From Nowra, continue through the township of Ulladulla to Batemans Bay, your destination for the day.

Batemans Bay is situated on the mouth of the Clyde River, which boasts very pure water – the local oysters are excellent, as is the fishing. The local lakes of Durras, Coila and Tuross are popular for aquatic activities with Lake Coila being famous for its prawns. Nearby you’ll find Pigeon House Mountain in Morton National Park, which is renowned among bushwalkers, and there are walking trails such as the Corn Trail, which follows the route used by the early settlers to bring produce down Clyde Mountain to the coast. 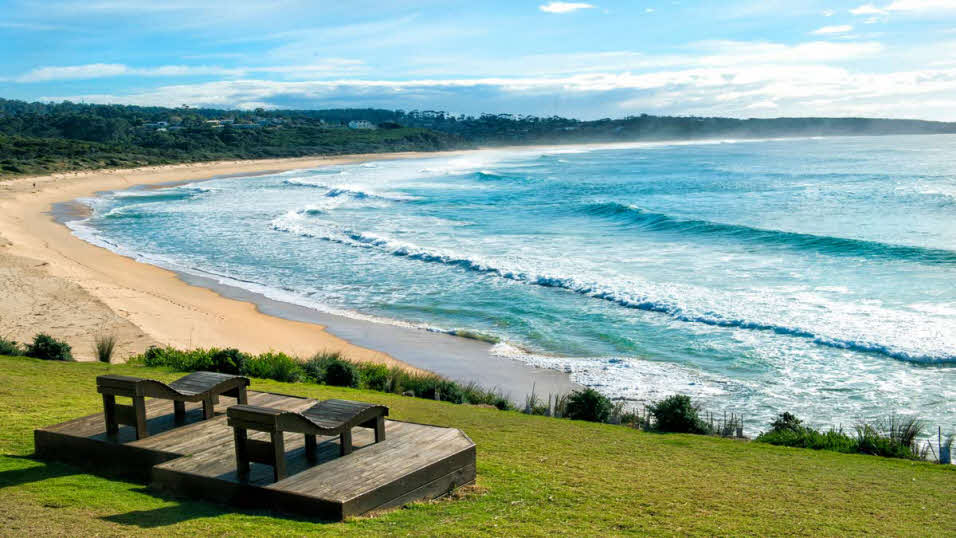 It's back onto the Princes Highway this morning as you travel south to Merimbula, the ‘holiday resort’ of the Sapphire Coast.

Situated between Tathra and Pambula on the coast, Merimbula has a population of around 4,000 (and far more in summer) and is situated around the beautiful coastal waterways of Merimbula and Top and Back Lakes. These clean tidal lakes provide the perfect site for the many water sports that can be enjoyed on the lakes, which make Merimbula's waterways a major attraction for visitors.

Travel via the towns of Bellbird Creek, Orbost and Nowa Nowa today as you make your way to Lakes Entrance, which is aptly named as it's the entrance to the Gippsland Lakes, Australia's largest inland water system. It's a popular destination due to its wonderful beaches as well as a spectacular hinterland featuring mountains, rivers and forests. The local area is home to dolphins, water birds, kangaroos, wombats and koalas giving you the opportunity to see these wonderful creatures. A short walk across a footbridge brings you to the Entrance and Bass Strait, with Ninety Mile Beach stretching away into the distance.

Optional activities nearby include a winery cruise or a visit to a nature sanctuary to see some of Australia’s native animals.

On your way to Melbourne, why not stop at Phillip Island, the home of the Fairy Penguins - so called as they are the smallest breed of penguin. At dusk, they emerge from the surf, completely ignoring the thousands of curious onlookers. The island has a major wildlife reserve where you can see koalas, fur seals, pelicans, mutton-birds and various other sea birds. Also on the island you’ll find the Australian Dairy Centre, a museum explaining the history of the dairy industry plus a cheese factory where you can taste and buy the local produce.

In Melbourne you might like to visit Mornington Peninsula, arguably Melbourne's best kept secret. Some of the highlights of the area include art and craft markets, antique stores, coastal and bush walks plus koala and penguin reserves which provide opportunities to see the animals in their natural environment. The region has much of Victoria's earliest history, excellent golf courses, great restaurants and is also one of Australia's finest wine producing regions. There are a number of good vineyards for you to explore such as Dromana Estate and Main Ridge Estate. 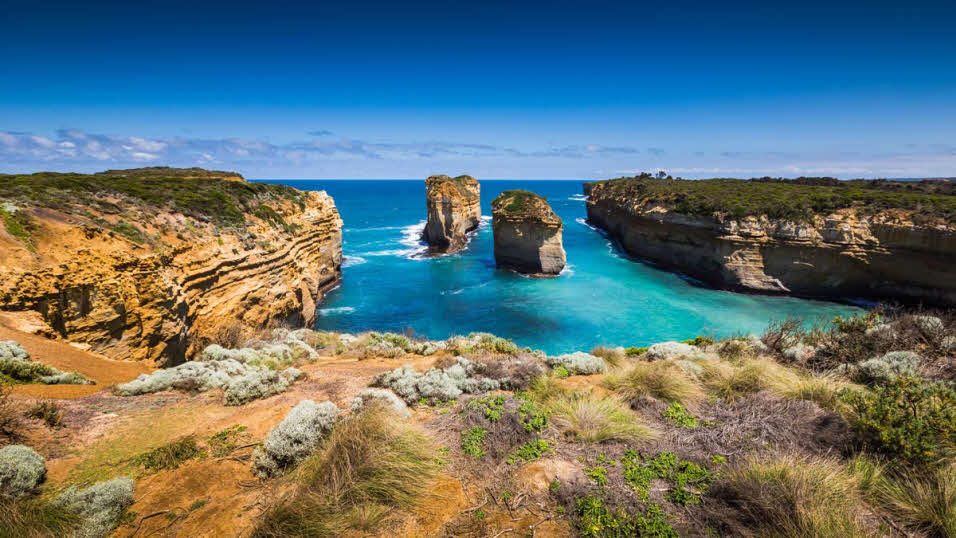 Depart Melbourne on the Princes Freeway and travel to Geelong, where you join the Surfcoast Highway to the pretty coastal resort town of Torquay. From here you join the Great Ocean Road - one of Australia's most spectacular drives. The road hugs the coastline for much of the route, revealing lovely coastal scenery, as well as inland splendour.

Your destination for this evening is Apollo Bay, a scenic little fishing port nestled in the picturesque foothills of the Otway Ranges. In the town you’ll find a range of superb restaurants and cafes, art galleries, a fabulous seaside golf course, and interesting museums. In particular, the Bass Strait Shell Museum features a huge display of shells from all around the world and information on shipwrecks that have occurred off this perilous coastline. A steep and narrow road will take you to Mariners Lookout, to the east of town, where a short walk leads to spectacular views of the township and the coastline.

Drive via Port Campbell and Peterborough as you continue along the scenic Great Ocean Road, heading for Warrnambool.  This is one of the most famous stretches of the Great Ocean Road as it hugs the coast line and takes you past the famous formations of the Shipwreck Coast. Along the way we recommend stopping at Port Campbell National Park, Loch Ard Gorge and London Bridge plus the the best known feature of the road - the Twelve Apostles, magnificent limestone stacks rising out of the sea.

Originally a sealing and whaling port, Warrnambool now thrives on tourism and a variety of industries. There are good beaches and several historical attractions. Points of interest in this little town are the wrecks of the Loch Ard and the Schomberg, relics of which can be seen in the Flagstaff Hill Maritime Village.

Depart Warrnambool this morning and continue along the Princes Highway heading west towards the town of Mount Gambier, located on the slopes of an extinct volcano which the town is named after. Mt. Gambier has two famous attractions, the Blue Lake and the Cave in the centre of the city. As a consequence the town is known as "Blue Lake City" or the "City around a Cave". The lake is famous for its change of colour from winter grey to intense blue in November each year. It remains blue until late March, and aside from its beauty, is the City's source of domestic water.

Head inland towards Naracoorte today. Along the way make a stop at Coonawarra, one of Australia's most famous and finest wine districts. Its secret lies in a magical marriage of rich red terra rossa soil, limestone, pure underground water and a long cool ripening season for the grapes. The story of wine growing in this area goes back to 1890 and the Penola pastoralist John Riddoch and his establishment of the Coonawarra Fruit Colony. His own winery, which later became Wynns Coonawarra Estate, is also more than a century old. Today land around Coonawarra is prized like precious gems. The cigar-shaped strip of 'red dirt' is finite, only 12km long and 2km wide, and is all but taken up by vineyards. More than 20 Coonawarra wineries have cellar door sales outlets, giving you the opportunity to taste for yourself how good it is. 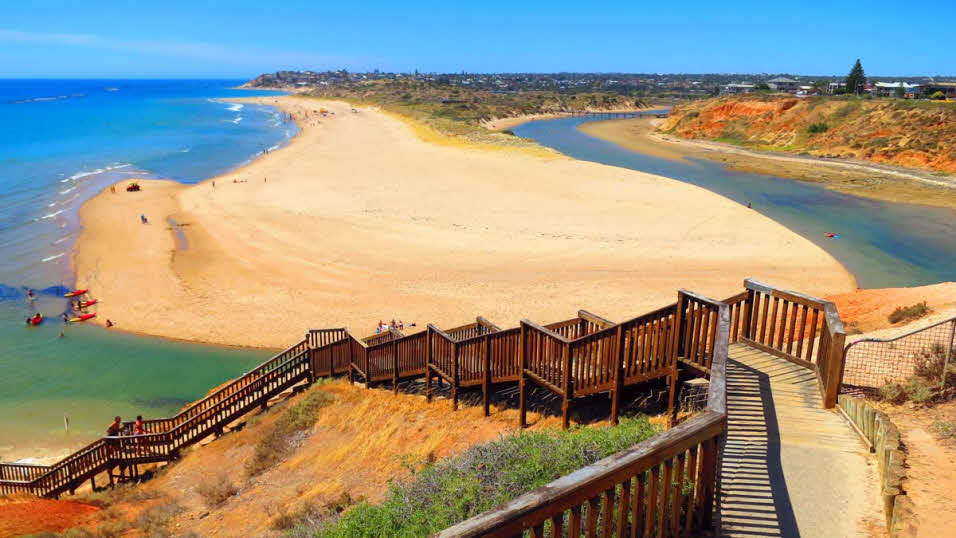 Travel along the Riddoch Highway towards Port Willunga, just south of Adelaide. In Port Willunga you can see the rotting timbers of the Star of Greece, a three masted, iron cargo ship that was ship-wrecked here in 1888 and which provides a poignant reminder of the storms that can sometimes disturb this normally placid coastline. The soft, sandy beach is now greatly valued as a pleasant family haven, overlooked by cliffs where fishermen once carved out caves to store their boats and nets. Now the closest some people get to the local squid and garfish is in the popular Star of Greece restaurant overlooking the beach.

Take the short drive to Adelaide this morning when you say goodbye to your motorhome before checking into your hotel for the next 3 nights. While in Adelaide we have included the Barossa Food and Wine Experience for you to enjoy plus a visit to Kangaroo Island.

Adelaide is bursting with culture, flavours, events and entertainment. Taste your way through world-famous wine regions only minutes away from the city, soak up the sun at one of the picture-perfect metropolitan beaches, join the party at our immersive festivals and events or spend the night exploring Adelaide attractions and a thriving restaurant and bar scene. Adelaide is a gateway to some of Australia’s best wine country as well as historic buildings, lush parklands and some of the country’s best beaches.

Kangaroo Island is one of Australia’s great natural wonders. It is often referred to as the ‘zoo without fences’ where you can see Australian animals in their natural habitat. See a colony of sea lions basking in the sun at Seal Bay, playful fur seals at Cape du Couedic in Flinders National Park and spot little penguins at dusk from Kingscote or Penneshaw.

Its spectacular coastline provides stunning scenery, excellent swimming and surfing beaches and rugged cliffs. Walk amongst amazing rock formations, Remarkable Rocks, huge weather-sculpted granite boulders. With over 480 kilometres of coastline, you can stretch out in your very own secret spot.

Enjoy some last minute shopping before being transferred to Adelaide International Airport for your journey home, arriving back into the UK the next day. 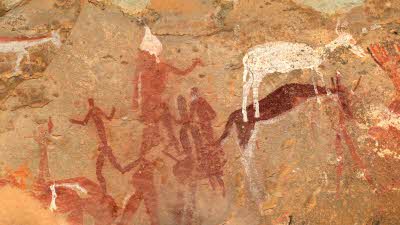 The holidays to New Zealand are provided by Alan Rogers Travel Ltd, a subsidiary of the Caravan and Motorhome Club. ATOL No.11309 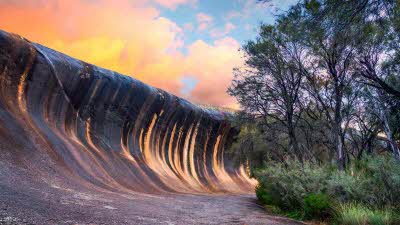