The Disney Channel is to film at Arley Hall 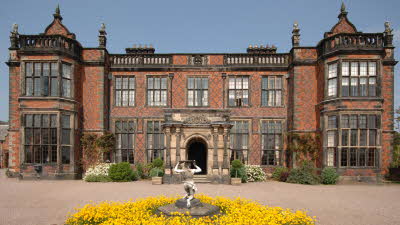 Evermoor is about an American teen who is moved from her city home in the US to start a new life in England. A mystery adventure, the production will see 14 year old Tara Bailey move into beautiful but spooky Evermoor Manor (Arley Hall) where she discovers a magical tapestry that appears to have the power to predict the future.

Evermoor is due to air this autumn and will be the UK Disney production to be shown on the Disney Channel US. It is yet to be decided whether the production will be aired as a single film or as four half-hour series. Casting for the show hasn't yet been finalised either but it has been reported that producers are open as to whether the actress playing the heroine is from the UK or the US. Filming is expected to begin at Arley Hall at the end of April.

This year The National gives you the wonderful opportunity to visit Arley Hall and enjoy the fabulous range of daytime & evening entertainment and activities available during the event.

There's still time to book your tickets, so secure your pitch today!