The Renault Kadjar is a practical, mid-sized SUV. In this test Lesley Harris looks at the 1.5-litre, S Edition Blue dCi 115 model.

The Kadjar is a mid-sized family SUV which nestles between the smaller Captur and larger Koleos in Renault’s range. At first glance it appears to be pretty much everything a practical SUV should be but how does it fare against rivals in the class? I put the 1.5-litre, S Edition Blue dCi 115 through its paces to find out. 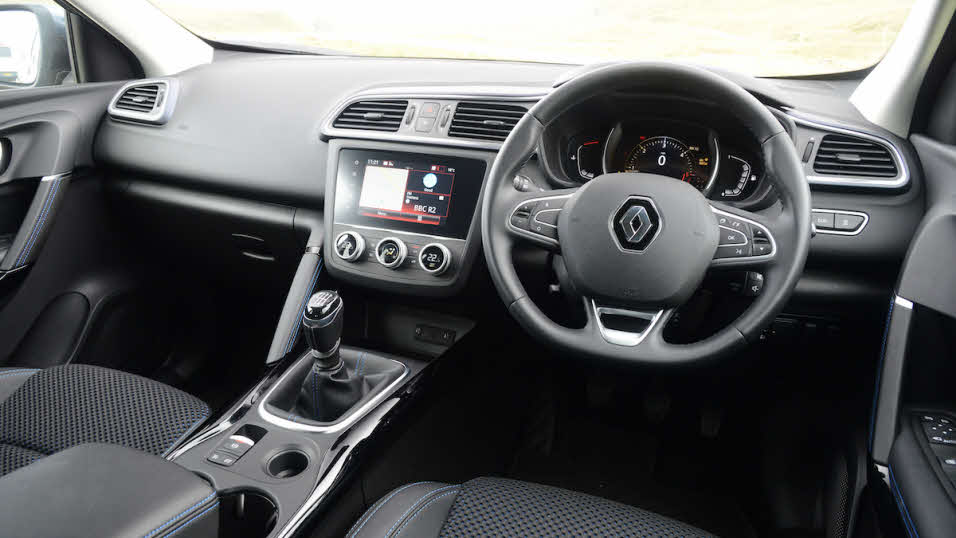 In 2018 the Kadjar had a very slight facelift, which incorporated a few exterior tweaks, interior upgrades and engine updates. The exterior – which was already more fluid and stylish than its boxy Nissan Qashqai cousin – has new front and rear LED indicators, a revamped bumper with chrome detailing and rectangular LED fog lights.

There are just four trim levels – Play, Iconic, S Edition and GT Line – with climate control, cruise control with speed limiter, rear parking sensors and a 7-inch touchscreen with smartphone integration all standard across the range. Iconic trim benefits from rear camera, lane departure warning and sat-nav, while our S Edition gets a fixed glass panoramic sunroof and front and rear skid plates, giving it a more rugged look. You’ll have to fork out for the top-spec GT Line if you want blind-spot warning, leather upholstery, hands-free parking and heated seats.

The interior isn’t what you would call eye-catching but it’s well laid out, with some nice soft-touch materials, and smart blue stitching gives it a lift. The climate control dials feature smart digital read-outs, and are clear and easy to use. Renault has done away with physical buttons for the multimedia screen.
The touchscreen looks nice but isn’t as user friendly as some rivals’, with shortcut keys strangely located on the passenger side. That said, it’s easy to operate and smartphone mirroring is standard across the range.

The faux leather seats are well bolstered and really rather comfortable. But although there is manual height and lumber adjustment, I felt I was perched too high on even the lowest setting.

The glovebox and large central cubby offer decent amounts of storage space but, disappointingly, the door bins are small and the tiny cup holders are precariously positioned between the central armrest and the gear lever.

Passengers in the back enjoy plenty of leg and headroom. The transmission tunnel is fairly small but three adults sitting abreast  might feel a little squashed.

Isofix fixings are located on both outer seats, and the pull-down armrest features two small cup holders. Meanwhile, there are enough charging points to keep everyone’s devices topped up. 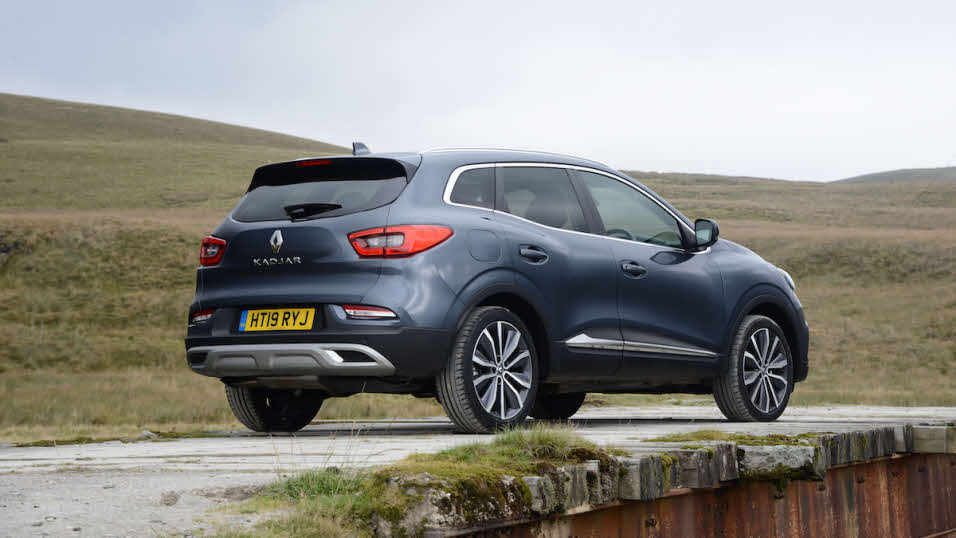 This 1.5-litre engine puts out 113bhp – it’s not going to set any pulses racing but the Kadjar is a decent, car to drive. Our six-speed manual kept up with motorway traffic nicely and cruised easily at 70mph. However, lift off slightly and it loses pace quickly, meaning you have to work the gearbox to regain momentum. (Renault also offers a seven-speed auto). The ride is comfortable and the suspension does a good job of absorbing most lumps and bumps. Driving in town is a doodle, thanks to the light steering, high driving position and great all-round visibility, while on twistier roads the Kadjar does a good job of keeping itself in check, and there’s surprisingly very little body roll when cornering.

A pull-cord in the boot deploys the towbar but sadly it took three people to work out how to operate it, with the handbook offering no clues. Brute force is needed – give the cord a really good yank and the bar drops down.

The boot is a good, square shape and is a decent size at 472-litres (rising to 1,478 litres with seats folded). The seats fold easily courtesy of handy levers, creating a flat load-bay, and, with no lip, sliding luggage in is easy. There’s also stowage space under the floor.

The Kadjar is a good, all-round family SUV that is practical and prioritises comfort. Those who tow more often may find the GT Line, available with a more powerful 1.7-litre engine and four-wheel drive, more suitable.

(figures correct when tested in November 2020)