Shame about the surroundings

Stayed at this site for 3 nights in June 2017, specifically to visit Bologna and the Ferrari museum. I was a little concerned on arrival - not least as the drive to the site was not through a particularly nice area (appeared to be the local red light district), the 'chalets' appeared to (in the main) have a lot of foreign workers (with their vans) staying there, and the pitches were extremely uneven with bare earth and tree roots. Luckily it was very hot and dry, any rain and the pitches could have been extremely muddy. It probably didn't help that at the time there were very few other caravaners on the site. However, the staff were friendly enough (although didn't try the restaurant) and the facilities were very clean. By the second day the place started to fill up and the whole 'feel' of the place changed for the better. The connecting bus to Bologna was excellent and punctual - which set us up for a great visit the city.

A handy site for visiting Bologna

Spent 2 nights here in order to visit Bologna. Temperature was mid 30's - "sorry swimming pool doesn't open until 1st. June". Our first visit to Italy for many years and we had forgotten about these Italian hang ups - "naer cast a cloot till May is oot" Good bus service to Bologna City. Facilities are OK, clean and functional (not all - some locked up out of use.) We had the misfortune to be there on a Saturday night when there was some sort concert going on in the vicinity. Rubbish thumping 'music?' until 5 am. Didn't try the restaurant - smelled good. Pitches OK but leveling blocks necessary. Friendly staff who spoke good English. 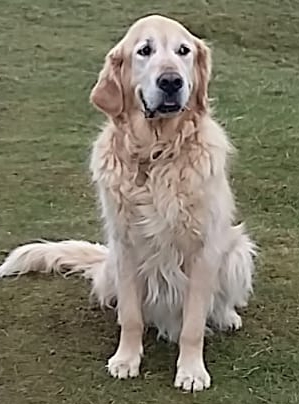 We've stayed in this site on a number of occasions on our way to and from Ancona. We've always noticed that the staff in the bar and restaurant are gruff and not very welcoming, which we've never worried too much about until our latest encounter when we arrived at the campsite at 8.30pm after 20+ hours on the ferry and usual nail biting drive up the A14. For some reason which we never really understood, we got on the nerves of the staff from the moment we walked in and tried to book a table. The woman behind the bar started shouting and a v surly young man came to tell us to go away because Madame was too busy to deal with us. So after pitching our van, we returned. This time we were told there we had to sit outside and maybe they could accommodate us. The surly young man reappeared and informed us that it would be at least 20minutes before we got served. Our 1st big mistake was not to wait 20 minutes for him to decide to serve us but to go to the bar and ask for a bottle of water. Madame went ballistic and starting shouting in Italian- obviously my pathetic attempts to order a bottle of water in Italian had gone down like a lead balloon. I was then marched to a fridge by Madame who yelled large, big, still, gas at me in English - huffed and returned to the bar. OK got a bottle of water and went to pay- then got into an altercation about taking the water outside to the table and not waiting for 20minutes for the waiter. 2nd big mistake was to ignore Madame and take the water outside to the table as this started a chain of events which were beyond comprehension and unpleasant to put it mildly. The surly young man came to tell us in a loud voice for all to hear that we were complainers for no reason and that he didn't care what we thought- in his view we should leave right away. As we didn't he begrudgingly took an order for our food. As soon as this was finished the "grand master" - I.e. Chef- appeared to tell us that as we didn't know how to behave in a restaurant we should stay at home (his exact words). This was also done in front of all the other diners - no doubt this added some spice to their evening?? We were then marched into the bar to pay and suffer more humiliation as all the staff appeared in a huddle around us - at which point things began to feel less like a joke and quite a bit more threatening. We were told that we were banned from the bar and restaurant and that quote "we were disgusting people" and taken outside for more verbal abuse by the surly waiter- must say his knowledge of English abuse was second to none! All this because of a bottle of water. We felt like we had entered a parallel universe or a horrendous episode of Faulty Towers. Needless to say we would rather stick pins in our eyes than frequent this camping again. If you like abuse, surly attitudes and behaviour when camping, then this is the site for you. Otherwise we would suggest camping on one of the many other friendly and welcoming sites in Italy.

Situation of Site put me off !

I am probably being unfair but this site appeared to be situated within derelict waste land and the entrance to it looked a bit like " Bates's Motel". There was also a sign that told customers that they had to surrender their passports and that these would be kept by reception . When we got to reception we were indeed asked to hand over our passports , which we declined to do. We did not stay at this site due to its location and its presentation

Stayed here for one night (July 2015)and visited Bologna for the day. Excellent bus service. Good clean facilities and the pool was very welcome as the temp touched 35C! Highly recommended.

An excellent site for a city visit to Bolgna with generally good facilities and helpful staff most of whom had good English. Very handy bus service to city centre. Good site for breaking a longer journey and a welcome swimming pool to mitigate the heat ( It was 41 degrees when we were there) Probably not the best site for a visit with young children.Spent 4 nights there altogether travelling South and returning. Restaurant was fine and food good.