In 1948, Constant Rousseau, a cabinetmaker by trade, started a small company in Châtillon-sur-Colmont in France. His first workshop was in a room of a private house and at that time they were furniture-carving specialists with a workforce of just 15. A decade later, Constant Rousseau invented and produced the first folding caravan for his family to use, this proved to be a game changer for the Company and in 1961 the Company was renamed Rapido. The Company opened a much larger factory in Mayenne in 1975. The Group started manufacturing motorhomes in the 1980s with their first model being called the Randonneur 410 and in the 1990s the company started to produce A Class vehicles.  The Itineo brand was created in 2006. 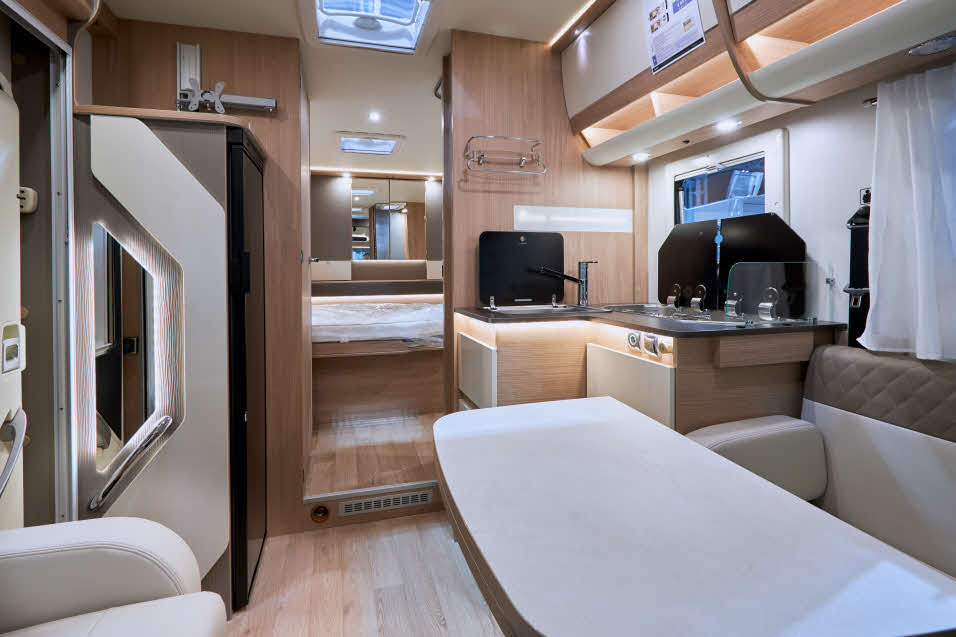 "A great fixed bed for the less agile, no need to climb up into bed"