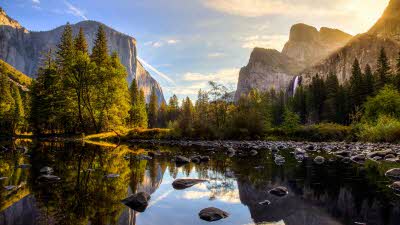 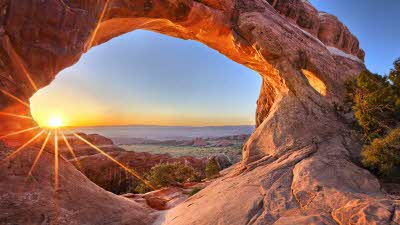 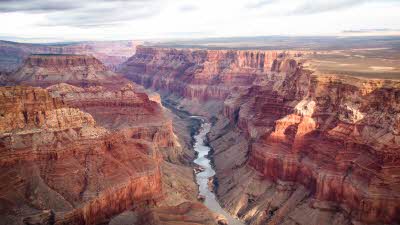 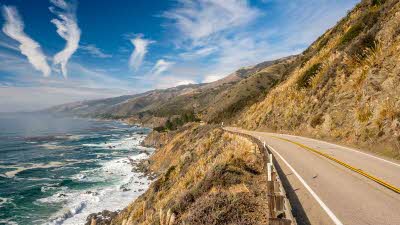 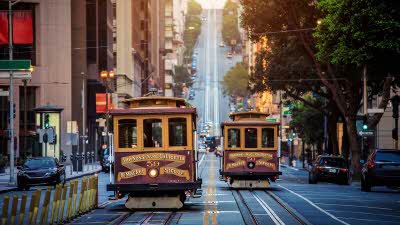 On this 38 day independent itinerary you will get to see some of the best known natural attractions in the USA, from the mighty Grand Canyon and the dramatic chasms of Canyonlands to the sandstone arches and balancing rocks in Arches National Park.

You'll discover Yosemite National Park before heading to the City on the Bay, San Francisco. Here you can admire the Golden Gate Bridge, take a cruise across to Alcatraz and ride a tramcar - an unmissable experience. Continue your journey along the stunning Pacific Coast Highway all the way down to Los Angeles. 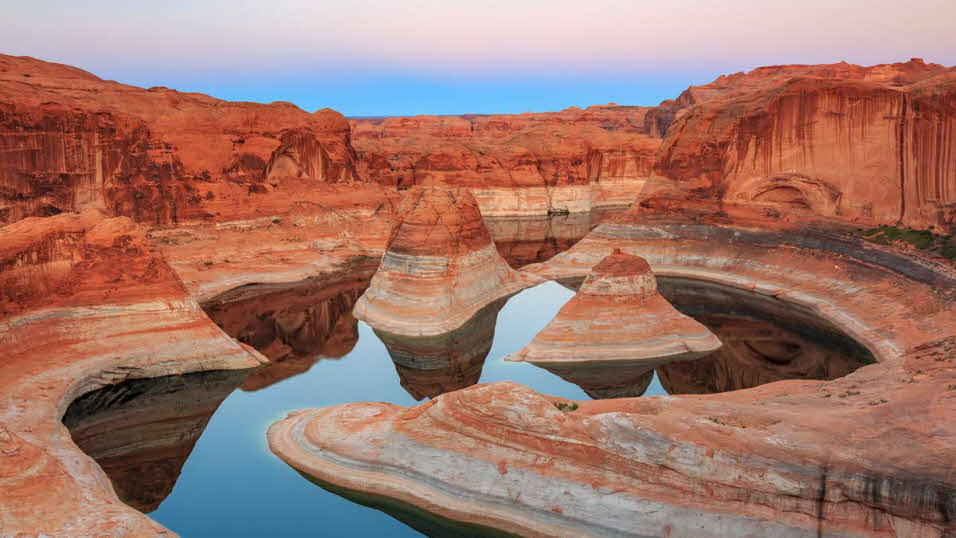 Los Angeles has it all; so much so that you'll wish you had more time to spend here! You'll be transferred to your centrally-located 4-star hotel on arrival and have two nights to spend at your leisure. Visit Santa Monica Pier which is the official end of Route 66 or head to bohemian Venice Beach. You could stroll along the Hollywood Walk of fame and visit the Chinese Theatre, or there’s shopping on Rodeo Drive. Of course, for the young at heart, there’s Disneyland and Universal Studios.

Day three will see you pick up your motorhome from the depot, then head east towards Joshua Tree National Park. We suggest a stop in Palm Springs in the Sonoran Desert, a city which is best known for its hot springs, spas and golf courses.

Joshua Tree National Park straddles the Colorado Desert and the Mojave Desert, and is best known for its rugged rock formations and its desert landscapes. It takes its name from the area's twisted and bristled Joshua trees and offers stunning sunsets from Keys View.

Continue east towards Vidal Junction where, if you take a slight detour, you can visit Lake Havasu City to see the original 1830s London Bridge. The bridge was dismantled in London in 1967 and then relocated to Arizona. You could also stop off at the Havasu National Wildlife Refuge, established in 1941 it is comprised of 37,515 acres along the lower Colorado River, and provides a habitat for migrating birds.

Arriving in Kingman (best known for being a city along the legendary Route 66) you can visit the Route 66 Museum and learn about the role of the historic road in American History.

Cruise in the shadow of the Aquarius and Juniper Mountains as you head towards one of the Seven Wonders of the World – The Grand Canyon. Just over an hour outside of Kingman, you’ll encounter another Route 66 gem – Seligman. Home of the Roadkill Café, it’s an Arizona institution and a great stop for breakfast.

Nothing will prepare you for your first look at the Grand Canyon – it's truly breathtaking. The south rim offers a choice of hikes and walks for all abilities, or you could take a helicopter ride to the remote north rim. Early risers will be treated to an incredible sunrise over the Grand Canyon; a memory that you’ll never forget.

Drive to Lake Powell, a man-made reservoir on the Colorado River which straddles the border between Arizona and Utah. The amazing backdrop of dramatic red rock against the shimmering water is stunning. Take a boat trip to Rainbow Bridge National Monument or explore the many lakes, canyons and sand dunes on foot. Be sure to include a visit to one of the most photographed slot canyons in the USA - Antelope Canyon. 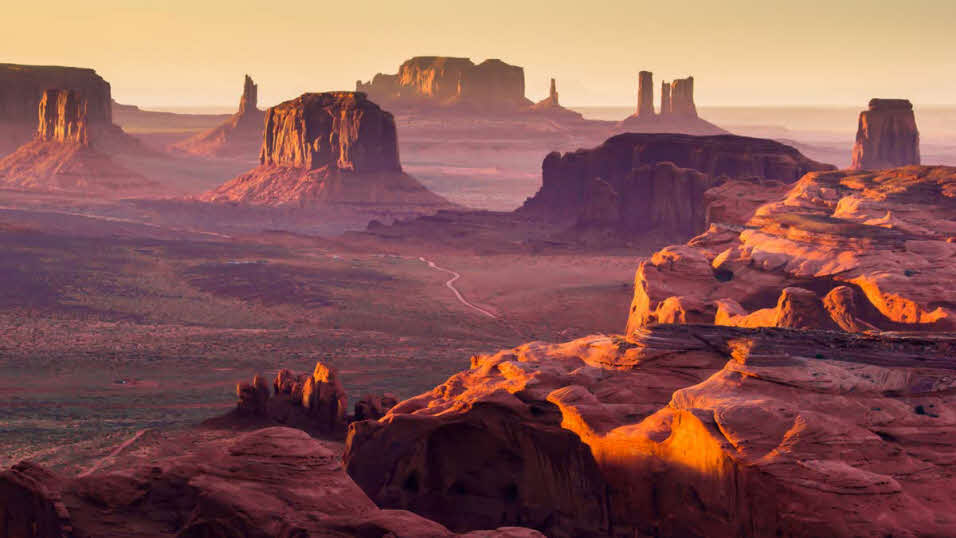 Rise early and journey east to Monument Valley, where monolithic sandstone rocks rise up to 1,000 feet from the desert floor. Feeling a bit of déjà vu? The valley has been used as a setting for countless Western movies since the 1940s, so it’s bound to feel familiar.

Monument Valley is truly at its most magical at sunset and sunrise, so plan your day accordingly. If you are keen to learn about the myths and legends of the area – a tour with a Navajo guide is suggested.

It’s wall to wall scenery on your way to Moab in the heart of Utah’s dramatic canyonlands. Most of Utah lies on a plateau 4,000 feet above sea level. Explore the Arches and Canyonlands National Parks, as well as the lesser known but still magnificent, Dead Horse State Park. If you're feeling adventurous, why not try white water rafting along the Colorado River or a 4x4 jeep tour deep into canyon country - both of which can be arranged when you book your tour.

Be sure to include Goblin State Park along your way today. The strange and colourful landscape is full of strange rock formations that resemble a huge gathering of goblins!

The Waterpocket Fold defines Capitol Reef National Park. This 100 mile warp in the Earth’s crust was formed over 50 million years ago. Capitol Reef is considered the most scenic part of the fold.

Drive via one of America’s most dramatic drives – Highway 12 National Scenic Byway. The road is very narrow at the top, twisting through Dixie National Forest and across Boulder Mountain which exceeds 11,000 feet.

The limestone rock in Bryce National Park has been eroded by frost and rainwater into bizarre shapes including slot canyons, windows, fins and spires. Head for Fairytale and Sunset Point where you can see the best of these formations.

Continue on the scenic byway all the way to Utah’s oldest national park, Zion. From sunrise to sunset, the changing scenes pass before you in awesome hues. Be sure to watch as light plays upon the canyons and vistas in a dazzling light show. Surely this is another of Mother Nature’s masterpieces. 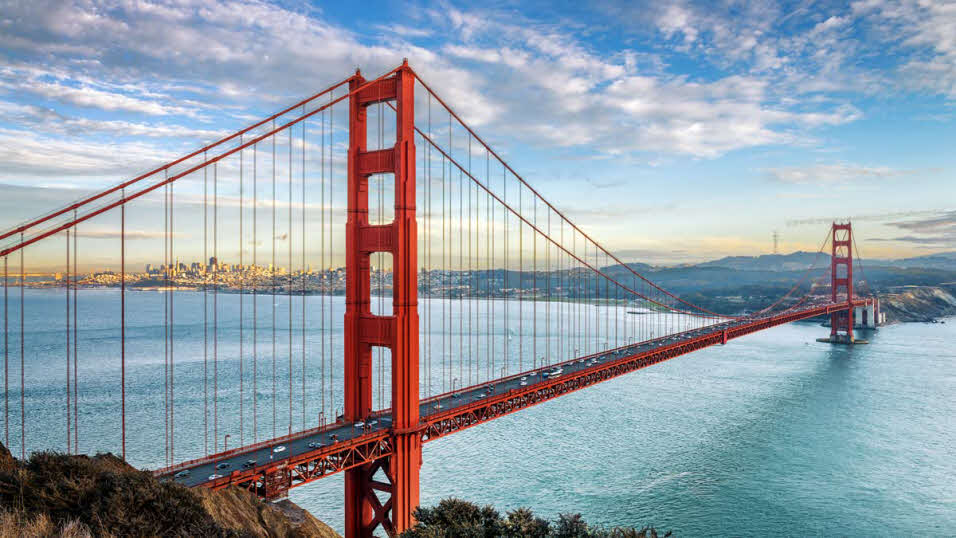 Today you’ll head to Las Vegas where you’ll be staying for the next two nights. There's plenty to do here; perhaps have a flutter in one of the casinos, see a show or simply walk the strip and take it all in. Vegas comes to life at night, so we recommend visiting when the city is up in lights. The Bellagio Hotel is a particularly beautiful sight to behold.

For those wanting to escape Vegas we suggest taking an excursion to see the Grand Canyon. You’ll fly by plane from to the Grand Canyon from where you’ll take a helicopter ride over the stunning North Rim before exploring the South Rim and the Grand Canyon Village, all this and you’ll still be back in Vegas by evening to see a show!

Your journey today takes you south west along the northern borders of the Mojave National Preserve which with its sand dunes, canyons, mountains and carpets of wildflowers is the complete opposite from what you will have experience in Vegas.

Calico is an old west mining town that has been around since 1881 during the largest silver strike in California. With its 500 mines, Calico produced over $20 million in silver ore over a 12-year span. When silver lost its value in the mid 1890s Calico lost its population. The miners packed up, loaded their mules and moved away abandoning the town that once gave them a good living.  It became a "ghost" town.

From Calico head north east towards the Sequoia National Forest which will be your home for the next two nights. On route make a stop at Bakersfield which is universally recognized as ‘The Country Music Capital of the West Coast’. It is the birthplace for what would  become known worldwide as the Bakersfield Sound. The sub genre of country music – described as a mix of twangy guitars, drums, fiddle, and steel guitar and was a defiant reaction to the string orchestras and the polished sound of albums being recorded in Nashville during the 1950s and 60s.

Leaving behind the Yosemite National Park, you’ll be heading east to the San Francisco, the city on the bay where you’ll be spending the next three nights. 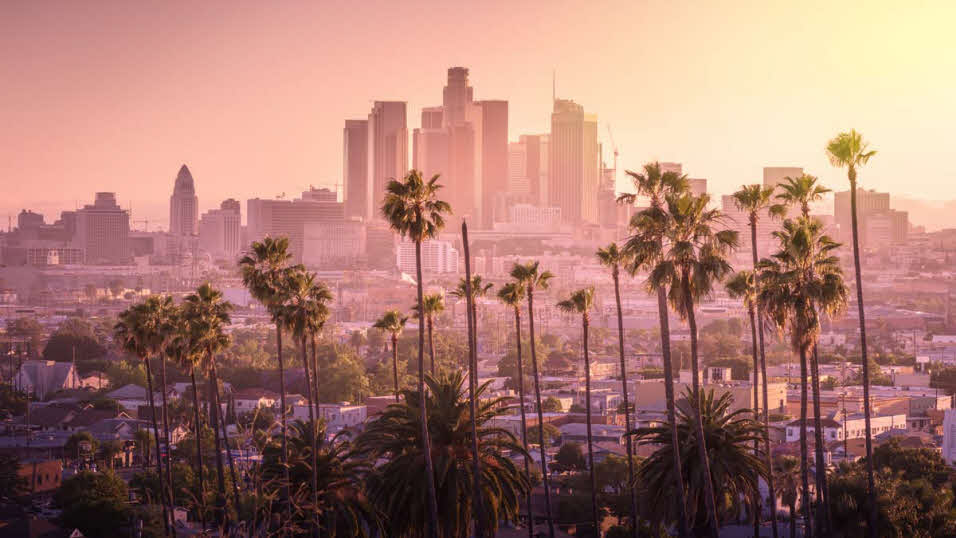 Today you start the journey south along the famed Pacific Coast Highway; we suggest a stop in the city of Santa Cruz. Take a walk along its long wharf that stretches into Monterey Bay, see the bridge shaped rock formation on Natural Bridges State Beach or take a stroll along Pacific Avenue, famous for its vintage clothing stores, cafes and galleries.

Moss Landing is home to hundreds of bird species of waterfowl and migratory shorebirds as it's situated on one of California's largest wetland areas. There are also seals, sea otters and sea lions that can be seen from a nature cruise or from a kayak if you're up for exploring.

Travel along Monterey Bay, then the famous 17-Mile Drive before cruising slowly south on one of the world’s most scenic routes – California Highway 1. This twisting route along the central California coast starts in Monterey and winds through Big Sur, where mountains meet the Pacific. The landscape becomes less harsh as you travel further south, and as you head to the coastal city of Morro Bay you'll pass Hearst Castle, known as 'The Enchanted Castle on the Hill'.

The coastal city of Morrow Bay is best known for Morrow Rock, an ancient volcanic mound at the end of Morrow Rock beach. It’s also home to lagoons, a bird-rich saltwater marsh as well as plenty of trails, including one up to Back Hill for magnificent views over the city.

Continue south along the scenic Pacific Coast Highway towards Los Angeles. We recommend a stop in Santa Barbara which is located on the central California coast. It’s well known for its Mediterranean style white stucco buildings with their red-tiled roofs that reflect Santa Barbara’s Spanish heritage. As well as some great beaches there are some impressive restaurants, a selection of wineries and the Santa Barbara Mission; a 1786 landmark home to period art and artefacts.

You have some time to yourself today before you returning your RV and heading to Los Angeles International airport for your evening flight back to the UK. 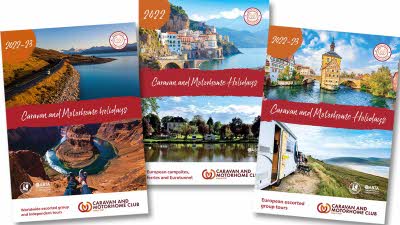 Download or order one of our caravan and motorhome holiday travel brochures for ideas when you feel the time is right to travel. 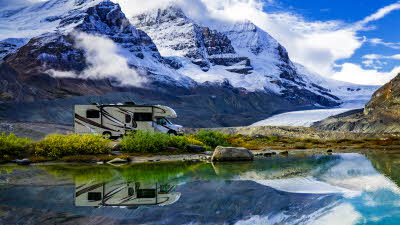 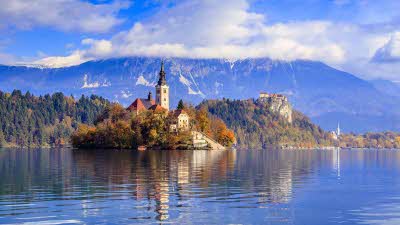 Book a place on one of our 10 escorted caravan and motorhome tours across France, Austria, Germany, Italy, Portugal, Slovenia & Croatia and The Netherlands.