Trailer tents, folding campers and pop-tops are all welcome on Caravan and Motorhome touring sites. These lightweight leisure vehicles all offer interesting alternative accommodation to the traditional touring caravan.

Many of these vehicles are lighter than conventional caravans and while some are more compact on the road, with awnings extended, they may offer more generous accommodation than many touring caravans.

In the main, their biggest advantages are more compact dimensions when packed down for storage, meaning they can be stored in a modest garage – thus saving on storage fees and reducing security worries.

This guide considers the pros and cons of trailer tents, folding campers and pop-tops.

The biggest advantage to trailer tents, folding campers/caravans and pop-tops is the ability to store them in a modest garage – saving on storage fees and reducing security worries. 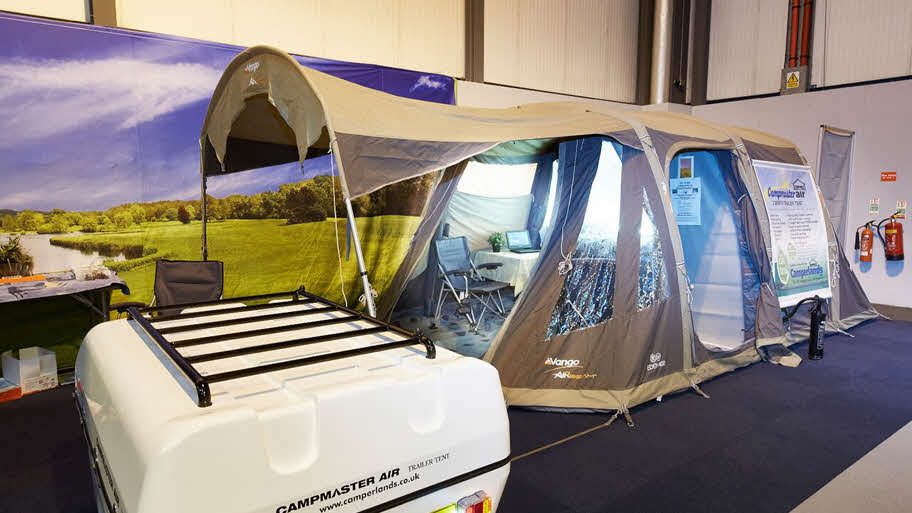 A trailer tent has a trailer body with a lid which either folds out like a pram hood to form the floor, or folds out like two flaps of a box top to provide raised sleeping platforms. The sides are flexible, and are generally made of canvas or a man-made equivalent.

Those with the ‘pram hood’ configuration are generally larger on the road, as the trailer body forms the sleeping and/or seating area. This provides good insulation against cold and draughts and is extremely quick to put up. The ‘box lid’ type can fold down to a very small trailer indeed - a distinct advantage if you have a small car, or restricted storage space at home.

The law requires brakes on a trailer if it has a maximum permitted weight in excess of 750kg, or if the maximum permitted trailer weight of the trailer exceeds half the towing vehicle's kerbside weight. Most trailer tents weigh comfortably less than these limits, so there is no requirement for brakes, which makes maintenance easier and cheaper.

Some trailer tents have a fully equipped kitchen unit, often attached to the rear of the trailer so it is accessible when the tent part is folded away - useful for picnic stops on the journey. This unit separates when on site and stands alone in the 'awning' part.

Lack of insulation means many trailer tents are not suitable for year-round use and if packed away when wet, then left for a few days, both the tent fabric and interior soft furnishing may be ruined.

Thorough drying out as soon as possible is essential. Folding campers are generally more luxurious than a trailer tent, and can cost almost as much as a touring caravan. The trailer body is better insulated, and the fold-out walls can be canvas or water-proof plastic. Some form of heating is usually fitted and the kitchen unit is a permanent feature of the trailer body, often with refrigerator.

Some models even include an on board washroom, incorporating electric flush cassette toilet and hand basin. The sleeping areas normally fold out either side of the trailer, which can then give a row of seats on each side, and room for a central table. Extra storage or sleeping accommodation can often be provided by a tent that fits under the bed extensions.

Folding campers are generally heavier than a trailer tent with a similar footprint to a caravan on the road. The trailer is usually braked with 12-volt lighting and incorporates gas and water services and mains electrics.

Typically, a folding camper will be lighter than a touring caravan and is less easily upset on the road by crosswinds. It can also be stored in a modest garage. 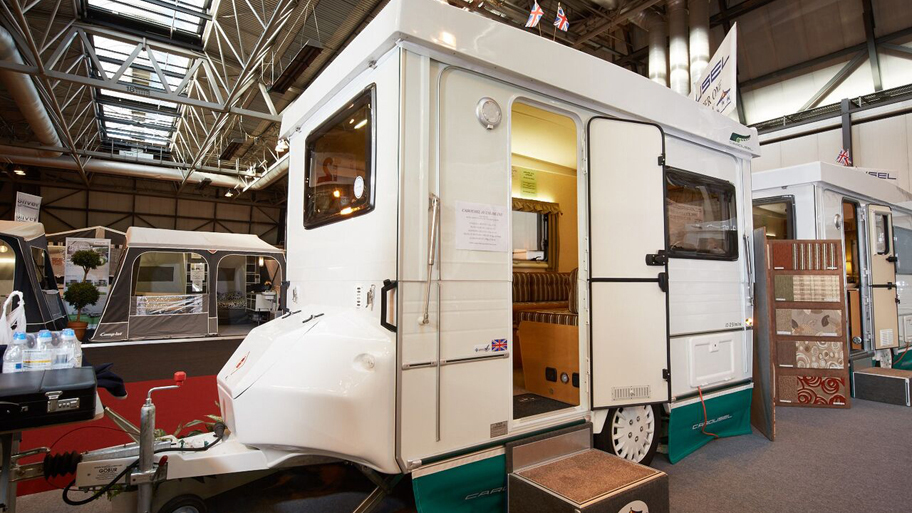 Folding caravans resemble folding campers on the road, but on site, they appear more like a conventional caravan, with a rigid roof and sides. The roof 'lid' sits over the folded walls rather like a chocolate box. The walls are raised with the assistance of gas struts and then fastened inside by clips in each corner and the cupboards, wardrobe, pelmets and kitchen unit are raised into position.

From the inside, a folding caravan it is difficult to distinguish from a conventional caravan and the full suite of facilities are often included, like refrigerator, hob, grill, heater, 12V lighting, mains electrics. Smaller folders tend not to have a separate toilet compartment, but there is usually a cupboard which can house a portable toilet if required. 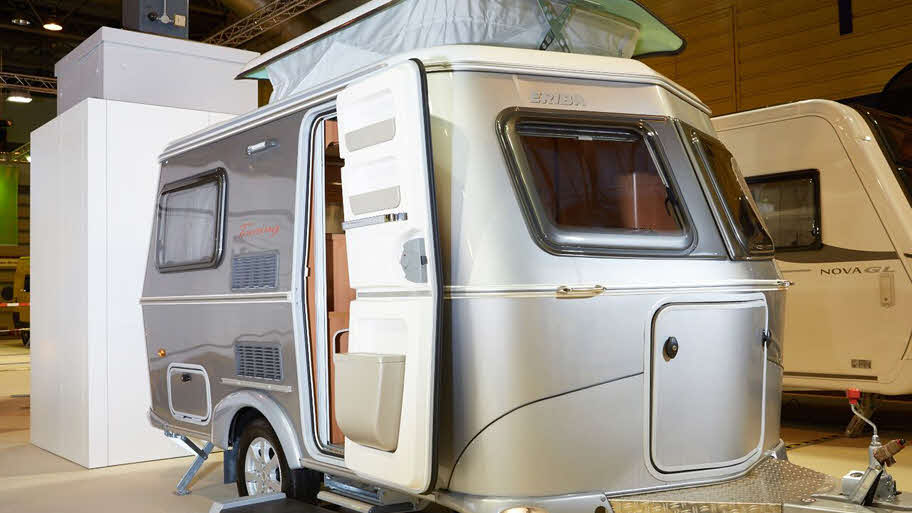 Pop-tops are closest to a conventional caravan, these have a roof section which raises when on site giving full standing room inside most of the caravan. Their lower profile makes them less likely to be upset by passing vehicles on the road and they are easier to store in a small garage. Otherwise, they offer the same facilities as a conventional caravan – albeit on a fairly compact footprint.

Does The Club test cars, caravans or motorhomes?

Test results are published in the Club Magazine (sent to members and available online). The Club also carries out annual design competitions for caravans, motorhome and lightweight leisure trailers, plus an annual Towcar of the Year competitions. Competition results can be found online.

The Club’s Technical Advice service may be able to provide details on specific models - please email technical@caravanclub.co.uk or call 01342 336611.

Do you have an outfit matching service?

Yes, we offer a full online outfit matching service to members. Alternatively, speak to one of our experienced Technical Advisors on 01342 336 611 for further advice.

Do you offer towing courses?

We run two different caravan towing courses, both are open to non-members as well as members. Improve your manoeuvring skills, even if you tow a trailer or horse box.

Spend some time under the canvas - over 80 of our Club Sites offer tent camping to both members & non-members.

Book a camping pitch today on over 80 sites