With over 70 state of the art shooting ranges, National Archery is by far the UK and Ireland's largest Archery provider ...

Make your day out an adventure with a visit to Africa Alive Zoological Reserve! Explore the sights and sounds of Africa,...

Fourways Farm
Mr & Mrs Taylor where welcoming & helpful. Plenty of space for camping. The bus stop was only a short walk up the road as we used this for visiting Great Yarmouth & Lowestoft. It was lovely & peaceful & we would hope to use this site when we are touring around the area.

What A Beautiful Site, We Will Return, Well Thats When We Are Allowed,

Fourways Farm
What a lovely site this is, access was easy even with a large set up, The owners was very friendly and polite, we had to be on hard standing due to the amount of rain that had been falling for a few weeks, but that didnt stop 2 idiots in their motorhomes going on the lawns and having to be towed out, water taps and hook up was close by, bins was emptied daily, location is perfct fr us to visit our friend that live up the road, the chineese take away in the village was excellent and we had a great meal, The White Horse pub do excellent carverys, but was closed when here as covid restrictions but we had been before, we hope to come back to this site as soon as lock down lets us,

Fourways Farm
The first most important thing is that, unlike some, the site is very easy to find. It is off a minor road, but there is a large, clearly visible sign, indicating Fourways Farm. The site is flat with well trimmed grass, and very large, approximately 1.5 times the size of an average football field. The owners, Fred and his wife are extremely friendly and can be seen walking around most evenings and are available for a chat if you so wish. The hook up points are well spaced out and their attitude is that if your hook up lead is long enough, you can pitch wherever you like in the field as it is so large. To the West end of the field is an entranceway onto what was the old railway line. It has now been covered over and is some 300yds long, providing an ideal location to let your dogs "run the bedsprings out" first thing in the morning. A map of the area will show that there is a holiday camp/village close by and although it has a sound system, it can barely be heard and doesn't cause any problems. The main A12 is about a half mile away cross fields and can barely be heard apart from one particular rider of a yowling 2 stroke Japanese motorcycle who sounded as if he had warp drive engaged and was chasing the Star Ship Enterprise back and forth around 04.00hrs one morning. There are some lovely beaches at Gorston and Winterton near Caister, but we found Corton beach itself to be excellent. We drove through the village towards Lowestoft, and some half mile from the outskirts of Lowestoft, found a large layby on the left next to a wood. A path through the wood, some 20yds long, led us to steps leading down onto the beach, which is a mixture of sand and shingle with sand dunes leading to the base of the low cliffs. Being 1/2 to 1mile from the Lowestoft North Beach car park, very few people can be bothered to walk that far as a result of which the beach was virtually deserted there, despite the temperature being in excess of 32 degrees. It made it an excellent place to spend the day with the dogs. This site provided everything we were looking for. It is particularly good for dog owners, being large, which also gives ample room for social distancing in the present climate, and well tended. The owner Fred and his wife are friendly and welcoming, to such extent that virtually all the others there (the site being full) were regulars who return each year. It is excellent value for money and being open all year, we will certainly be returning, probably out of season when some of the local towns, such as Southwold should be less crowded. Dave and Sue. Dover.

Fourways Farm
A last minute booking here due to cancellation of a cruise amid the COVID-19 crisis. The site is midway between Great Yarmouth and Lowestoft near the village of Hopton which boasts a Co-op, newsagent and a couple of pubs. It also has a number of holiday parks and access to the beach is here. There is a regular bus service going both ways so good for those with passes. Arrived on site which already had two vans and two motorhomes sited. Mr Taylor was very helpful indicating where we could pitch. The site is large with ample places to pitch on grass (which was cut during our stay) as long as your lead allows. There is also some hard standing available although these don’t give as much space. I think early booking is advisable as the site is popular. The site has 3 water taps and suitable bins, with an Elsan further away. We pitched along the southerly hedge which gave some cover from the wind. There is some farming debris which although unsightly doesn’t spoil the site at all. We recommend Gorleston for the beach (use the Links Road) which has ample free parking and Lowestoft for shopping. Had the weather been better we would have made use of the ample cycle trails however we did venture down to a Southwold which is a hidden gem - a very quaint Victorian seaside complete with pier, and sand dunes. Reasonable parking charges during the season. Oulton Broad is a nice nearby place to visit with pubs, tea shops and a lovely park. We will return here during summer as the site and area have a lot to offer and at only £10 per night including EHU, a bargain too.

Very relaxing ,,laid back . Easy access to Hopton /Great Yarmouth/Corton /Lowestoft /Broads. Will be back

Mr & Mrs Taylor where welcoming & helpful. Plenty of space for camping. The bus stop was only a short walk up the road as we used this for visiting Great ... 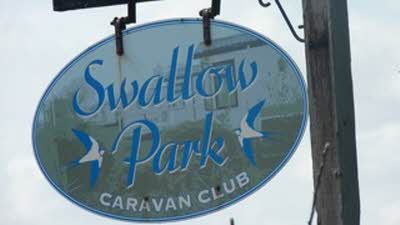