We came for our 2nd visit this year, having stayed for a fortnight last year. We particularly enjoyed the quieter beaches that were only a 10 minute drive away (you can park away from the crowds to avoid the busier areas) and also enjoyed visiting some of the local towns, especially Mornac sur Seudre. I mentioned on a previous review that the roads were a little too busy for our kids to cycle (youngest is 5) but there are routes in the adjoining forest that can occupy mountain bikers and younger kids. The site has invested in new equipment for the play area that kept our kids happy for ages, but one of the toilet blocks was particularly tired and dark. There were rumors of this being rebuilt for 2020 season. The pool was very busy for our first week, but we found that it quietened off after that (12th August) when many of the groups left. Another review mentioned the cliques and we thought this was more evident this time, although this seemed to be more the case in the more open areas rather than the wooded areas, where visitors seemed to be more mixed and were not travelling with extended families etc. Restaurant is good value and good food and there is plenty of open space on the wide open field in the centre of the site.

Check the reviews before booking

We stayed here for 9 nights in July 2019. Fantastically large pitches which were level and with lots of shade if required.Site feels very spacious and has a short dog walk. There is a good mix of European nationalities but UK dominant within the caravan section. This section was full of annual returning caravanners who all know each other well and stay for a long time. At times it felt very cliquey. Excellent reception, shop and bar/restaurant - very hard working staff in all three. We stayed here for the access to lots of places to see. The port of La Tremblade offers the most amazing range of seafood and with dozens of restaurants competing the prices are very good value. Great for cycling with many cycle tracks that are mainly safe to travel on. We will return again but not for a while and we will request a different area in the large site next time. The other reviews of this site seem to bear similar messages.

We stayed here for 2 weeks with our 3 kids (aged 10, 8 and 4) and are thinking about booking again for next year. Pool was well designed with lazy river and slides, the bar and restaurant looked out over the pool and playing fields, and the site shop was well equipped. The pitches were large and shady, which was appreciated as it got hot while we were there. 10mins drive to great beach and also to supermarket and local towns/villages/zoo. Only slight disappointments were that the toilets were a bit dated and we thought the roads to the beach weren't quiet enough for our kids to cycle on (although some families did). The rest of the facilities and location far outweigh these issues. Staff were really helpful and friendly too. We appreciated the calm atmosphere without kids clubs etc. but enjoyed having the play equipment and fields for kids to play on. Would definitely recommend this site.

Ready to book again next month (October) for our Visit which will be our 12th consecutive year in 2018, we usually stay for 21+ Nights and wish it could always be longer as we never run out of things to do and places to visit in the area. The site itself is well kept with nice large touring pitches, lovely clean shower/toilet block built 2016 The new pool complex is superb for adults and children alike. On site there is a nice restaurant and bar also a shop which has all the essentials needed. There are several Hypermarkets within a 10 minute drive. The area itself Charente Maritime is just beautiful so many places to take it. I'm sure I'm going to upset a number of people but this site was very disappointing in many respects and certainly not my 'cup of tea'. The location is dire. The village consists mainly of one long, somewhat shabby road with a number of places seemingly abandoned and falling into disrepair. It doesn't appear to have a centre, just a small car-park opposite a bakery and a very basic shop. There was a market in the car-park some days. This consisted of one small veg stall. At the very far end of the village (over 2 Km away) was another shop: a small Spar. There is a pizzeria opposite the campsite entrance but there isn't a café or bar to be found in the village. To get anywhere remotely interesting involves the car and the surrounding roads can get quite congested. The site itself is well kept and with the exception of one cleaner, who was a graduate of 'The Attila the Hun School of Charm', the staff were very helpful and pleasant. During our 3 week stay in August I guess there were around 85% British, 12% Dutch and 3% French. Although I did spot a bloke from Belgium. The pool is quite nice but absolutely packed; reminiscent of a package deal to Benidorm in high season. Some of the pitches are very large and this seems to encourage people to bring more and more gear. Caravan, awning, awning canopy, gazebo, tents, windshield garden, rotary lines, flags and the obligatory 4x4 on a pitch wasn't uncommon. As a result the site can feel quite claustrophobic in some areas. A large number of British caravans are stored on the site and even more appear to return year after year. It's around 25 years since we went to that area and now I know why we left it so long. It's certainly not the most appealing part of France and Royan is like Great Yarmouth, with wine. The sea isn't clear due to the Dordogne and Garonne estuary. A bit like the effect the Severn has on the Somerset and South Wales resorts. Think Weston Super -Mare or Porthcawl. To get to the local beaches involves a car journey or bikes at the very least. The resort beaches are generally packed and although there are some nice beaches through the pine forests the car parks can be very busy. There are some nice places such as the zoo at La Palmyre, La Rochelle and Saintes but not enough to entice us back for another 25 years

We had a lovely family, 3 young children, stay here for 2 weeks. the site felt so safe and relaxed for the children to play around. Great to be able to bike to the beach, we brought bikes but hired from the site a trailer for the twins who are 3. One site could see ourselves returning to.

We stopped overnight on our way down the west coast. Helpful staff with limited English. A large site with very open and large pitches, very popular with the British. Good facilities inc bar, restaurant, shop, pool etc. A little bit out of the way and a drive to the beach.

Another great holiday had at Logis du Breuil, we find this a lovely site with big pitches & the site owners are very helpful & work hard to keep this site popular with the British, the facilities are constantly being update & are kept very clean, we have been going for many years & always look forward to returning. 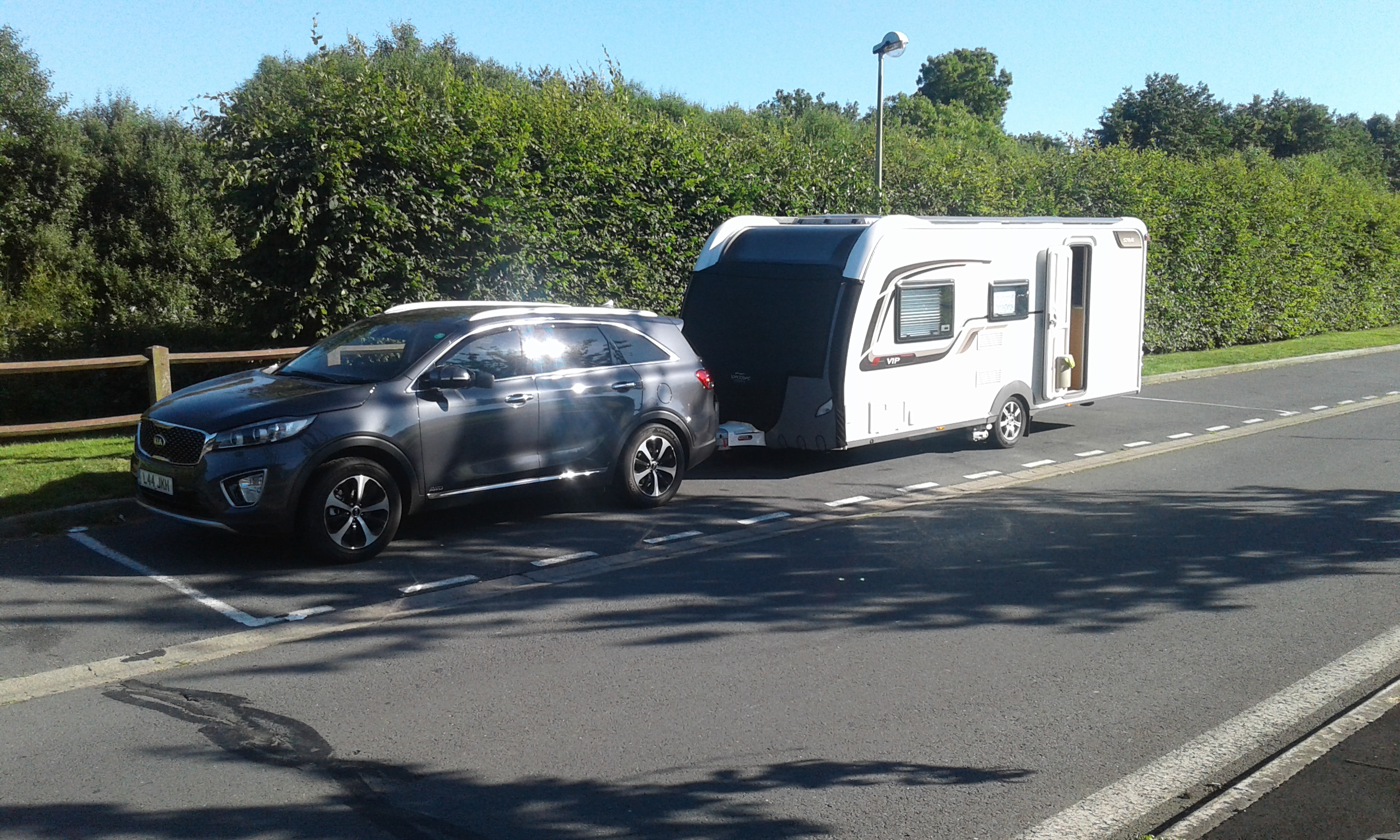 Last year we discovered a new shower and toilet block, this year's improvement is a fabulous indoor/outdoor heated pool. This site, which is only 15 minutes from great beaches by bike, has big pitches and a lovely calm feel, not often found so close to the coast. Already one of our favourites, the continued investment in improving facilities make it one we cannot miss out on.

Not really our thing!

We stayed here for a couple of days at the beginning of July. It seemed to be mostly occupied by British people all who knew each other having come year on year for years. We were watched very closely by many when we arrived & seemed to cause much interest when we decided to pitch our van in the opposite direction to everyone elses so we looked over some fields! That said the people we encountered were friendly. We were issued only with 6amps of electricity when we arrived which immediately tripped the minute we turned everything on so had to pay to get 10amps, I found this a little annoying given that most sites have it at no additional cost these days. The pool area was lovely but not many chairs/ space so I imagine in peak season it may get very busy. The slides were great and the lazy river etc was a winner with my young daughter. The shower blocks were very dated. No paper in the toilets, you have to select what you need outside prior to entering!They even still had the toilets which you stand either side over a hole...thought they had long since gone from France! Would I return..no probably not as I prefer a site with more privacy on the pitches & feeling that I am not staying in the UK!