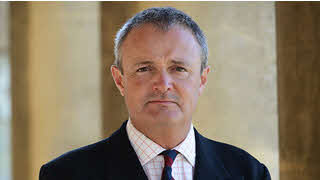 Tom Coke, 8th Earl of Leicester became President of the Caravan and Motorhome Club at the Annual Members’ Meeting on the 21st October 2006. Throughout his life he has enjoyed camping and caravanning.

Camping holidays were a large part of early family life and some of his first were in the Scilly Isles and Cornwall where his Grandmother had a static caravan at Mother Ivey’s Bay. Other less fun camping holidays involved wearing green clothes and sitting in the bottom of a rain soaked trench with a rifle during his twenties!

Tom runs the family estate at Holkham Hall in North Norfolk and in 1996 when Holkham took on the management of Pinewoods Holiday Park in Wells-next-the-Sea, he re-engaged with the Caravan Industry, staying in ‘statics’ on the park to test their quality and welcoming tourers to The Park as they arrived. Then, in 2005 for his 40th birthday, his wife Polly bought him a 22-foot 1965 Airstream Safari which in 2018 has undergone a complete refurbishment. 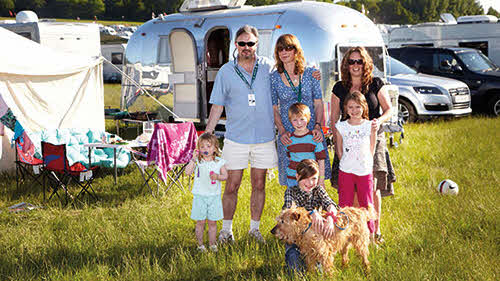 Photo from Club Magazine July 2009 - Club President, Viscount Coke (as he was then), with his wife Polly and children Hermione, Juno, Edward and Elizabeth in front of their Airstream. 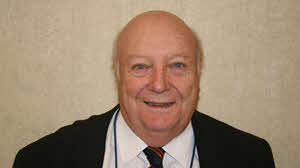 Tony married his wife, Jan, in 1975 and joined the Caravan and Motorhome Club in 1978. He became a Vice-President of The Club in October 2000.

Following a career in farming and as a restauranteur, he took his seat in the House of Lords in 1993 serving on several Select Committees including that on the Channel Tunnel Rail Link Bill.

He has caravanned extensively with his family both in the UK and Europe making much use of Club facilities. Following the passing of the House of Lords Act, Tony & Jan went to live in France where the caravan not only was a useful mean of returning to the UK, but it made an excellent spare bedroom for visitors from the UK.

Tony and Jan are now retired and back in the UK living near Milton Keynes. Tony's interests are anything to do with railways and transport (logistics) in general. He enjoys driving, hence the extensive European tours undertaken. 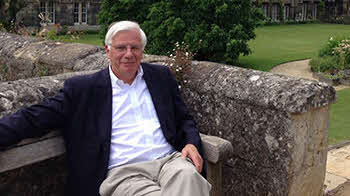 Michael was appointed Vice-President of the Caravan and Motorhome Club at the Annual Members’ Meeting in 2006.

After completing a post-graduate business course at Glasgow University in 1972, Michael entered the City as a shipbroker.

He moved to the Hong Kong office in 1978, returning to London in 1985 to complete a management buy-out of his firm.

In 2007, he was elected Chairman of The Baltic Exchange by when he had also moved into ship-owning, becoming Chairman of Arlington Tankers, which he listed on the New York Stock Exchange in 2004.

As well as a collection of classic sports cars, Michael has three classic caravans, all Carlights having rescued the company from bankruptcy some years ago. He is a trustee of WW1 Aviation Heritage which owns and displays WW1 aircraft.

His other great interest is cathedral music, having commissioned new works (e.g. the ‘Anthem for Seafarers’) and sponsored a number of recordings. Michael and his wife, Gail, live in Hampshire and have four children all of whom have now left home leaving just the cat, Scoop and their Golden Retriever, Flora.