Dating back to the 18th century, the village of Shap in Cumbria consists of two long lines of grey stone houses, giving the settlement its distinctive shape.

The historic market hall sits at the heart of the village and was built just a few years after Shap gained its market charter in 1687. It features unusual architectural elements, including interesting windows and rounded arches.

Due to extensive settlement in the surrounding area during the Neolithic times, there are fine examples of stone circles and standing stones close by.

Just half a mile outside of the village is Shap Abbey, which was the last abbey to be founded in England in 1199. It occupies a picturesque spot by the River Lowther. 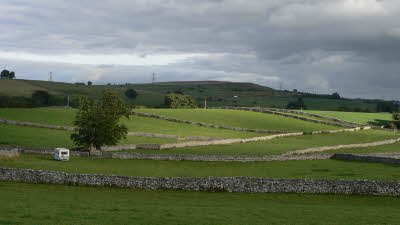