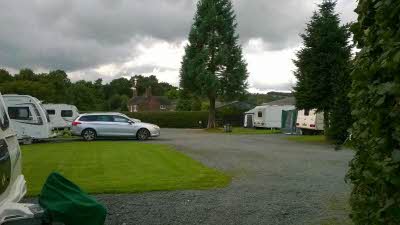 The UK's No.1 Forest Adventure, the classic and original Go Ape - experience. Fly down zip-wires, leap off Tarzan Swings...

Experience a truly awe-inspiring and breathtaking adventure as you come into close proximity with some of the world's mo...

Little Brookhouse Farm
We've just had an amazing holiday on this beautiful, quiet and peaceful site with its amazing wildlife, with its extra bonus of toilets and shower and been looked after very well by Dan, Rob, Sam, Pam, and Andrew who work very hard running the farm but who've always got time for a chat and time of day with the visitors. We also liked the provision of recycling of waste and the grass cut on a regular basis. Excellent place for star gazers and very close to the Staffordshire Peak District and surrounding areas.

Worst CL we’ve ever stayed at

This is quite frankly the worst CL we have stayed on. Very unkempt and needs updating. Toilet/shower block a portacabin that has no lighting and the shower is out of order, it was not clean either. The area is very overgrown with weeds and nettles and needs sweeping as there’s a tree that has shed lots of pine cones and branches that have spikes on them that are sharp on dogs feet. The area for the bins is kept behind the shower block and the trees to it has branches sticking out at eye level (not good at night with no lightning) the bins were overflowing and there were lots of flies. The grass around the pitches is overgrown and the concrete slabs on the pitches are loose and uneven, water under them splashed up on us when walking on them. There was a dog from a property further up the road that was roaming free on the site constantly barking and defecting, it was a nuisance all weekend. We tried multiple times to speak to someone but no one was at the property, a lad in a wheelchair came to Coll the money but said he didn’t live there so we didn’t feel we could bring this to his attention. We were charged £20 a night but website says £17:50 which at these standards is still overpriced. I think the amount of users on the site speaks volumes for a bank holiday weekend, 2 others one of which has stayed before when it was owned by the previous owner said the standards has slipped massively.

We are so sorry you feel you had a bad experience at this site. Our CL Advisor spoke to the owners about your comments and they have taken your feedback seriously. As a result our CL Advisor visited the site to check over the points you raised.

He was pleased to say that the grass around the pitches and the pine cones etc. had all been removed and the area cleaned. The flags had been adjusted. The grass had been mown to the normal standard required and although the amenity area is a porta-cabin of some age it was clean, tidy and the bins were empty for the start of the day.

The conifers along the path to the main bin area behind the shower block, has now been cut back and they are of no danger to any members walking this way and the whole area was tidy. Unfortunately, the shower is still out of commission and the owner is waiting for the parts to be received by the plumber.

On the CL Advisor's inspection there were 3 vans on site who all said that it was a lovely site and the owner was most helpful and obliging.

Little Brookhouse Farm
What an amazing site. The owners could not be more friendly and approachable. The location is one of outstanding beauty. Great facilities. The pitches are slabbed and shingled making them amazing for bad weather. My only constructive criticism is that the toilet block could do with brightening up a bit and I couldn't get the light in the shower cubicle to work. The couple are selling up due to their age. I only hope the new owner keeps it as a campsite because I would love to keep going on a very regular basis.

We've just had an amazing holiday on this beautiful, quiet and peaceful site with its amazing wildlife, with its extra bonus of toilets and shower and been ... 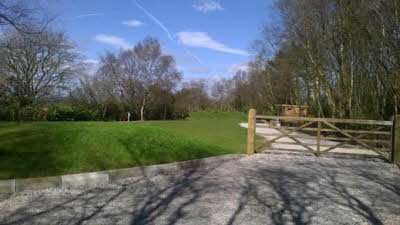 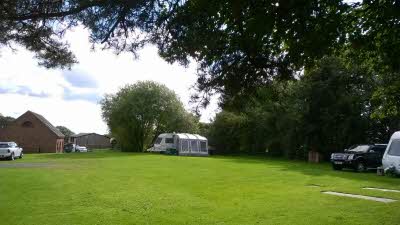 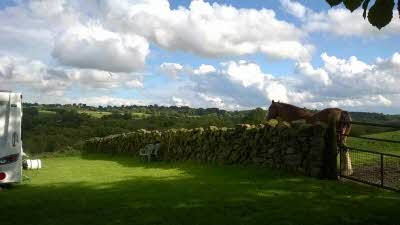