Founded in 1966, Dacia was founded under the name Uzina de Autoturisme Pitesti (UAP). The main factory was built in 1968 in Colibasi, now Mioveni in Romania. Dacia originally was an ancient kingdom located in what is known as Romania today. The Dacian kingdom was conquered by the Romans and later named Romania after them.

At our Towcar of the Year Competition for 2014 the Dacia Duster Ambiance 4x4 was awarded a special award by the judges and they felt the vehicle was astonishingly good value for money and did everything that was asked of it so well. 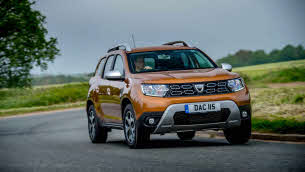 "The Duster is quite endearing - it's unpretentious and has a somewhat utilitarian charm. There are undoubtedly better cars, but if you really do want to buy new, there are few which are better value."