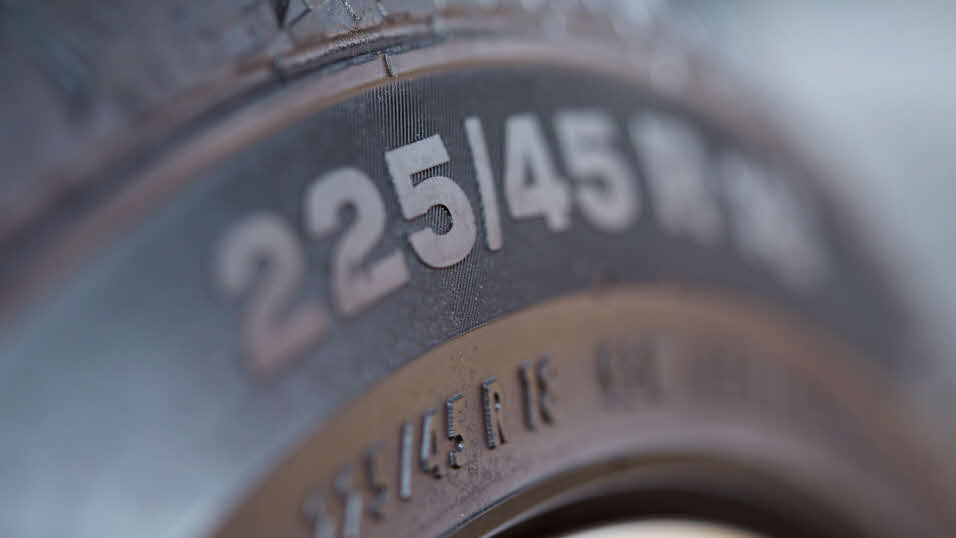 Make sure you choose the correct tyre size for your caravan’s load carrying capacity and speed. Each tyre has a full service description:

The rim width of a caravan wheel determines the nominal section width of tyre to be used. Normally a number of different tyre section widths are permissible on a given wheel rim width but one or two will be recommended as optimum.

The nominal aspect ratio describes whether the tyre is ‘low profile’ or not. On caravans – where the tyres also act significantly as shock absorbers – a relatively high profile tyre improves the suspension and protects the caravan from damage. Most caravan tyres have an aspect ratio of at least 65 – we would not recommend anything less than this without consultation with the caravan manufacturer.

Most caravan tyres have a nominal rim diameter of 13”, or for more recent models – 14”. Heavier duty tyres (designed for small trucks and vans) may have a ‘C’ suffix immediately after the nominal rim diameter. This type of tyre is quite commonly fitted to caravans, especially larger single axle ones.

The load index is the maximum load a tyre can carry at the speed indicated, under specific conditions. Commercial grade (‘C’ suffix) tyres may show tow load index figures (94/92), only the higher figure is relevant for caravan use. These tyres also often carry the designation ‘6PR’ or ‘*PR’ at the end of the full service description. This is an alternative indication of load carrying capacity.

The speed symbol indicates the maximum speed at which the tyre can carry the load indicated by its load index. The highest speed permitted for towing in the UK is 60mph (this can be higher in other countries). A tyre’s speed rating will give an indication of its performance when cornering, accelerating and braking.

The information in the full service description is sufficient to specify tyres for caravan use. Most tyres have a great deal more information marked on them as well, however. Some of this can be useful, while some is irrelevant, or even confusing.

The main ones to take note of are: