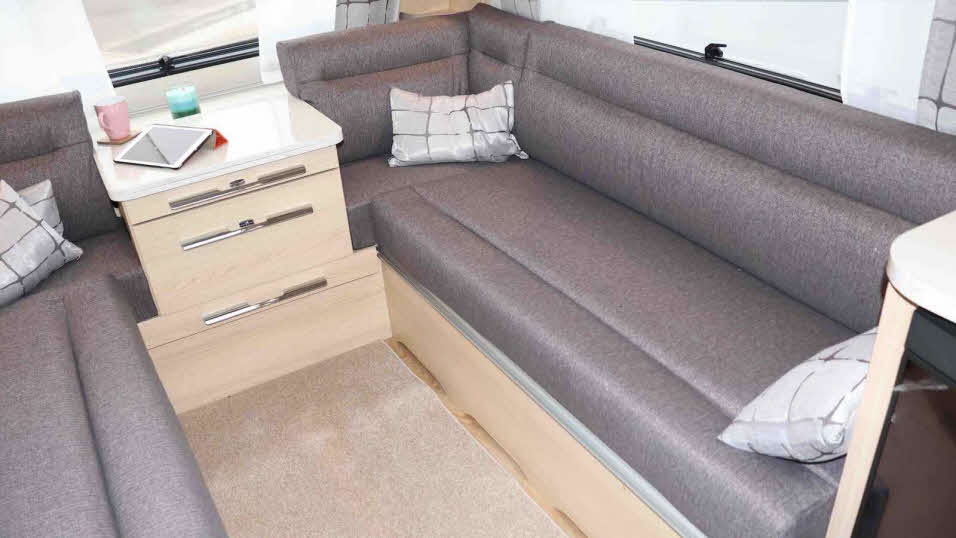 To the uninitiated, the Eriba Nova GL 470 probably looks like ‘just’ a caravan. Handsome, sure – but there are no outwardly obvious signs that this model from German giant Hymer is one of the most expensive touring caravans you can buy.

The 470 is a traditional two-berth end-washroom ’van – but to describe its interior in these simple terms is to do it an injustice. As with all Novas imported to the UK, our test vehicle is equipped with a long list of extras from the bewildering range of options. 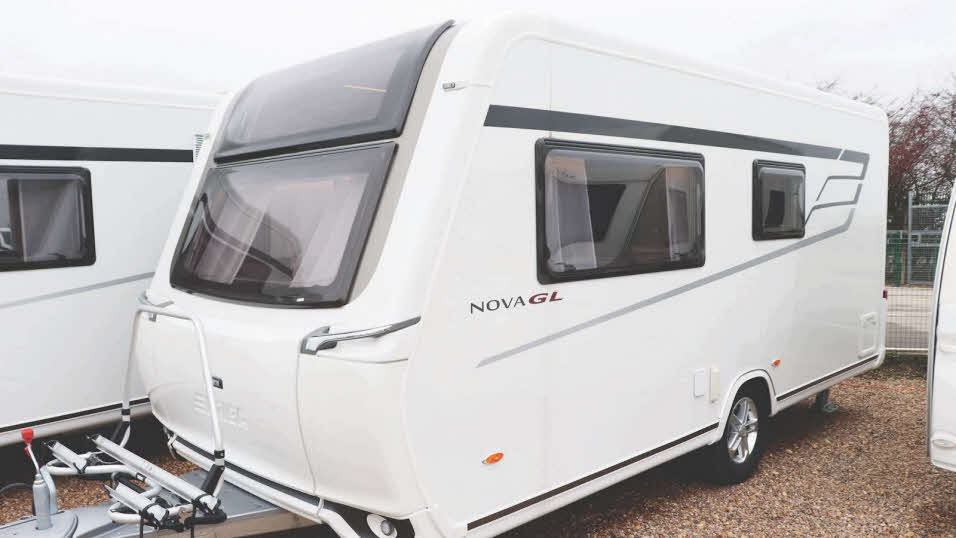 This caravan can be compared to a lighthouse – built to withstand whatever might be thrown at it over decades. Constructed using the so-called PUAL (polyurethane foam and aluminium) design system, it consists of an aluminium outer shell and an interior plywood panel, separated by a layer of polyurethane foam. It’s all bonded together with high-tech adhesives and the entire structure sits on a quartet of massive corner steadies.

The interior is a delight to examine – soft-close drawers on sturdy runners, obsessively neat joinery, and not an unsightly clump of wiring or pipework to be seen. 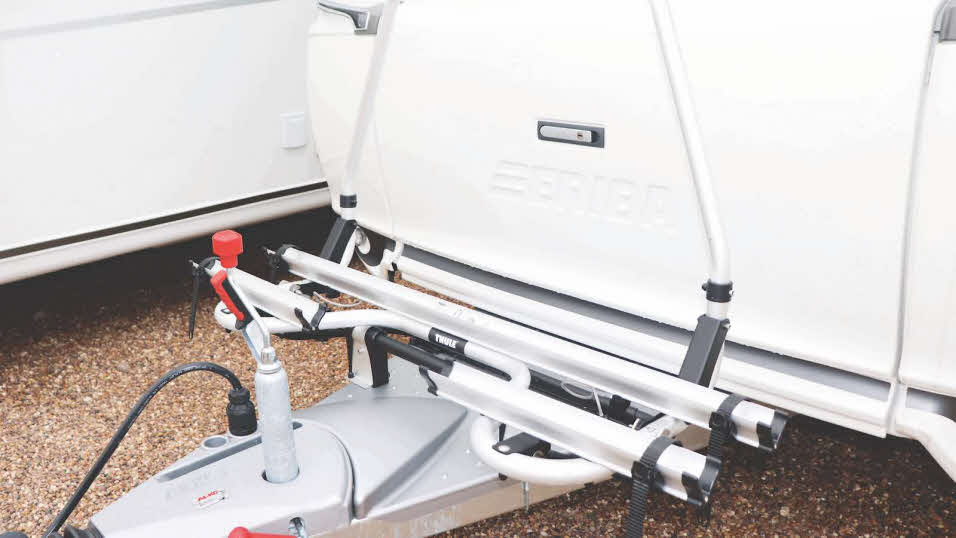 Even when empty, the 470 weighs 1,465kg so you’re firmly into big SUV territory by the time you start loading stuff into it.

And load stuff into it you most certainly can – with the upgraded chassis option of our test vehicle, the MTPLM is increased by 200kg to a mighty 1,800kg, which gives a phenomenal payload for two people.

I’ve never seen sofas this long! They measure more than six and a half feet so four people can really spread out. The humongous lounge is reward for not going down the full-time bedroom route. If you’re going to spend a lot of time enjoying being in your caravan this could well be the model for you.

Storage provision is outstanding. The Nova follows the noble Eriba tradition of making use of every available bit of space, so there are cubby holes, shelves and drawers in all areas of the caravan, supporting the vast open spaces under the sofas and the commendably deep wardrobe.

This Nova comes with the Smart-Multimedia package, which includes a built-in stereo with DAB radio and a 22in LED television with DVD player. There are mains sockets everywhere you look – even in the washroom, tucked away out of sight in a locker. 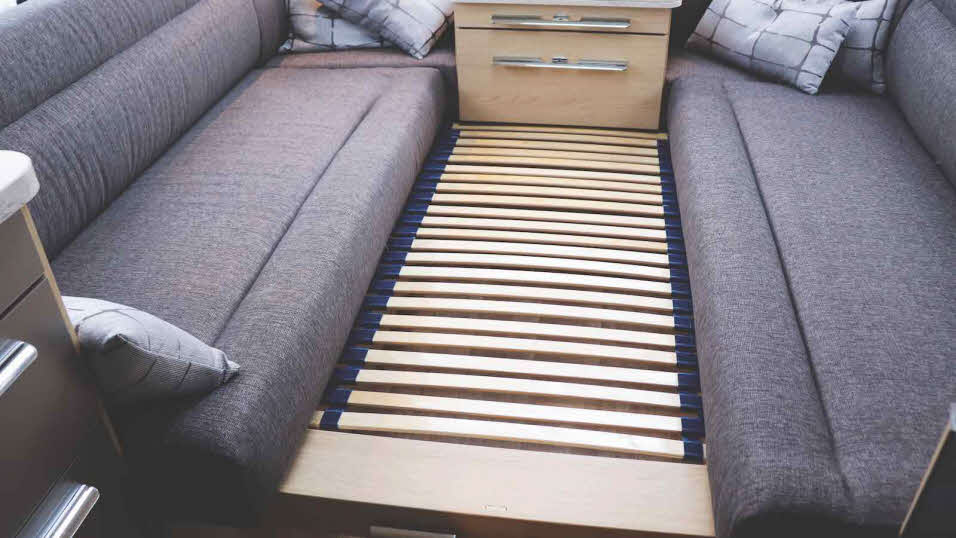 The sheer length of the sofas gives you two very clear choices; a pair of single beds or a massive double. Either way, of course, you need to make up and put away the bed(s) each day – which is the compromise involved in having such an amazing amount of living space during the day.

This is nobody’s idea of a fun task, but in fairness it takes just a few minutes. It’s helped by the fact that the seat bases spring open and self-support, making it super-easy to retrieve bedding from the big, uncluttered spaces underneath. 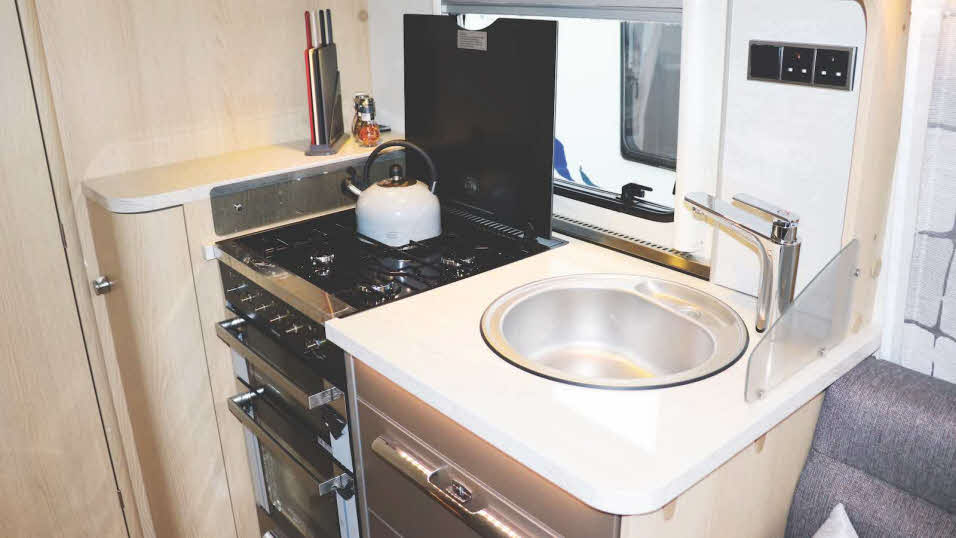 The kitchen is decidedly compact. There’s an almost total lack of dedicated work surface, so the dresser top immediately opposite will certainly have to be used for preparation.

There’s a dual-fuel hob with a separate oven and grill but no microwave, which is a surprising cost option. The sink features a welcome, practical touch – a second drainer near its edge, so you can still use it with the cover in place. 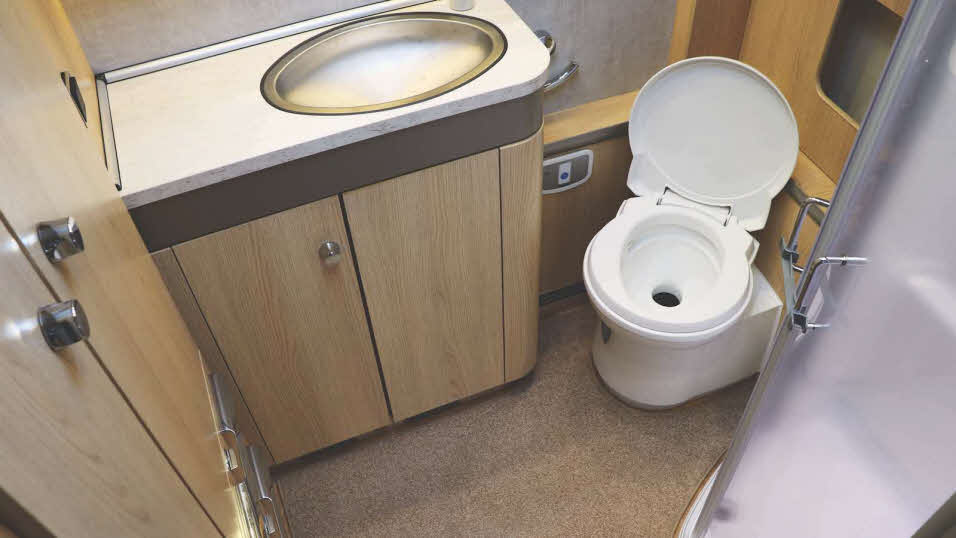 Wow! So much space, so much light, so much storage. As well as the big mirror over the wash basin, there’s an even longer one on the inside of the door. This exudes practicality and style in equal measure, and it’s possibly the best caravan washroom I’ve seen this year. 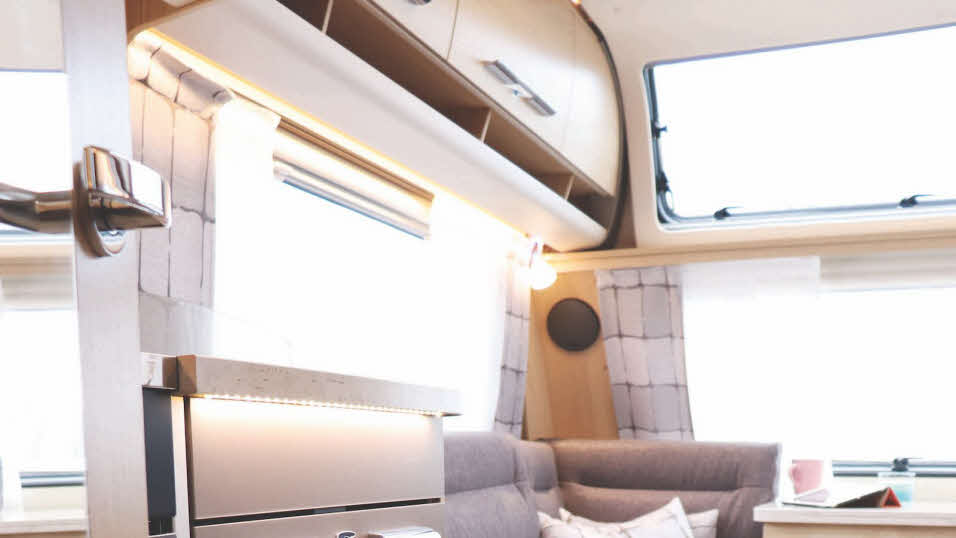 Two of the longest sofas in caravanning history have to get by with just one reading light each but in other regards, the Nova excels. Ambient lighting runs above and below the overhead lockers and also along the underside of the kitchen worktop overhang. Four lamps that sit flush on the sunroof surround flood the front part of the caravan with light while more flush-fitters deal with the kitchen very effectively.

The washroom gets the stellar illumination it deserves, including dedicated shower lighting that incorporates an unashamed outbreak of bling – the lower stowage tray boasts electric blue lighting that serves no purpose other than to look cool. The big mirror over the vanity unit is illuminated – always good to see. 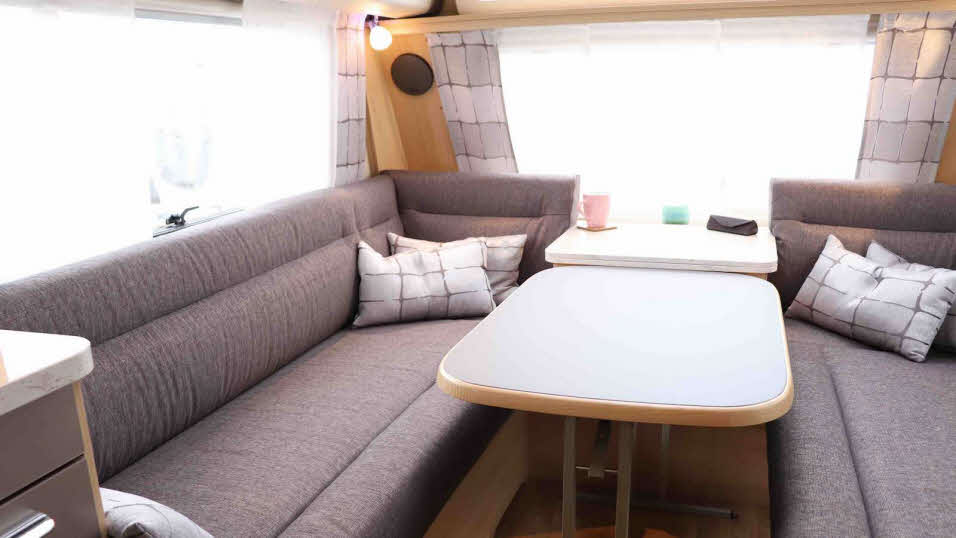 Expensive, certainly – but there’s a lot of quality here. The lounge and washroom are reasons to buy alone, assuming you don’t mind a ‘bijou’ kitchen. 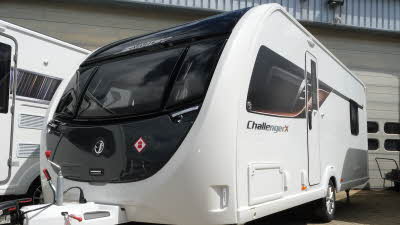 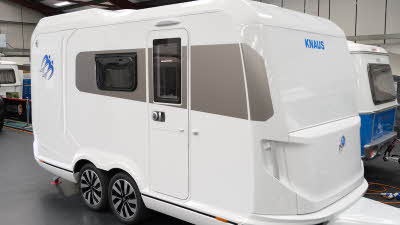