Our site is a one acre lawned area and all pitches have hard standings. Amongst Trees. Each pitch is private and separated by conifer hedges with a central drive to each pitch. All pitches have access to an electric point. The site is next to a nature reserve with direct access to the Cotswold Way. It is adjacent to lakes and 200 acres of woodland, both of which have public access. Public transport available.

A fun-filled day out. Visitors can interact closely with the animals and learn about farming, past and present. Home of ...

Birdland is set in nine acres of gardens and woodland. Meet over 500 birds from magical owls, large cassowary and rare s...

Gordon Russell was a design pioneer - a furniture designer, maker, calligrapher, entrepreneur, educator and champion of ...

Salts Farm
Having read a previous review, we were concerned about turning into the entrance from the A40; however this was not to be as my motorhome (5.7 meters) swung around and into the drive with no problems. The site is lovely and well maintained with hard standing for the vehicle and a large, well cut lawned area to relax in. Each pitch has hook up and is surrounded by conifers to give complete privacy. We did not meet the owners as walked full days along the Cotswold way which ran next to the site; however they left an information sheet which proved very useful. Dunkertons Cider, a hundred yards away was amazing and well worth a visit for food and drink.

Walking and Cider in March

Salts Farm
Access to the site especially from Oxford/Stow needs care, we did as the site directions advised and went passed the site entrance, turned at the entrance to Dunkerton Cider and entered the site from the opposite direction which was much easier, we did the same on leaving. Pitches are narrow hard standing and our motor mover proved useful to avoid further damage to the grass which after all the rain was rather soft. The pitches are private, but don't have views as they are surrounded by hedges which depending on which you prefer, may or may not appeal. There are only 2 EHU points, which means that depending on which pitch you use an extra cable will be required. Being just off the A40 some road noise is to be expected. The CDP was screened with trees and clean and easy to use. There are some lovely walks directly from the site including the Cotswold Way, Lineover Woods and the woodland around the reservoir, although the later walk was rather muddy, Best done in wellies! The farm shop and cider bar just down the road is worth a visit, especially after a long walk.. NT Sherborne is only 20 minutes down the A40 and Cheltenham only a few miles away. The owner called round in the evening and gave us a useful information sheet on arrival which included the code for the gate which is locked overnight for security. We enjoyed our weekend and feel the previous review is a bit harsh, yes the ground was soft and had been damaged in places, but after all the rain some mud is only to be expected. We didn't find it depressing or "unfit for purpose ". We would use the site again.

Salts Farm
There were no other guests on the site when we arrived, and no sign of the owners so we pitched on the first hardstanding, but were dismayed at the state of the place. Yes it was early March, and we'd had a lot of rain, but every pitch was surrounded by horrendous, deep, tyre tracks and mud, and quite honestly it looked like a Traveller site. The reason for this soon became clear- the hardstandings are simply not wide enough, and the layout means it is impossible to turn your car around without going over the grass. Clearly in dry weather this would not have been a problem, but if a site is going to open year-round it should be fit for purpose, and this one is certainly not. Another van arrived not long after us, they went on one of the pitches at the back but had to move, by 'walking' their van back down the track with their mover, as they were getting covered in mud every time they went outside their van. A motorhome arrived one day, drove in, took a look around, and promptly drove out again, but not until they had carved a huge furrow next to the tap, which meant our water hog became lagged with mud every time we filled up. The owner finally turned up on the third morning, with a fact-sheet detailing places of interest and their bank details, he was very friendly and took my comments on board by saying he was planning to widen the hardstandings and cut back the overgrown leylandi hedges between the pitches later in the year. I suggested he also ensure there is sufficient hard ground to be able to turn vehicles without destroying the grass. The site is set in a hollow so no views as such, apart from a sloping field visible to one side of the first pitch. The A40 is noisy continuously, it quietens down at night but huge HGV's use the road and these somehow sounded worse at night, thundering past. There is a high grassy dam forming part of a reservoir to one side of the site, a line of overgrown leylandi trees to another, and electricity pylons above the entrance road, so the general situation of the site is depressing, I thought. Extreme caution needs to be taken when arriving or departing to/from the east, as the angle of the entrance road is acute, and the speed of the passing traffic presents a danger in my opinion. This sadly is not somewhere we would ever visit again.

Salts Farm
We used Salts Farm as a one night stopover but it would definitely be good for a longer stay positioned for great walks from the site. Warm welcome from Maggie ( we chose a pitch then walked up to the house) . Pitches are very large, well screened and private. There is a little road noise but it did not bother us. Payment was by cash or BACS and £15 seemed a very fair price. The nearby Indian restaurant looked inviting but we resisted and visited the nearby Dunkerton cider bar instead and had a great local cider and a delicious burger. Will definitely make a return visit.

Salts Farm
Great cl for visiting the beautiful cotswolds. Large, private pitches. Cotswold Way runs right by the site, so great walking direct from site both sides of the road. Very friendly owners. Really enjoyed our stay, thank you Dave and Mags. Indian Restaurant close by and a Cider distillery within 5 mins walk serving superb organic cider for both take away and to drink at landscaped picnic tables. We have discovered some excellent cls around the country which we use on a regular basis. Salts Farm definitely goes on the list.

Having read a previous review, we were concerned about turning into the entrance from the A40; however this was not to be as my motorhome (5.7 meters) swung ...

Walking and Cider in March

Access to the site especially from Oxford/Stow needs care, we did as the site directions advised and went passed the site entrance, turned at the entrance to ... 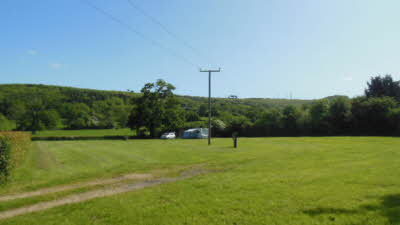 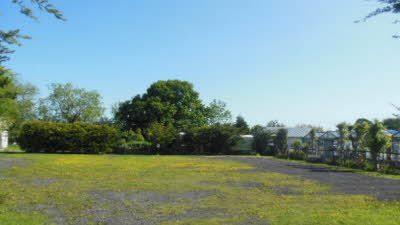 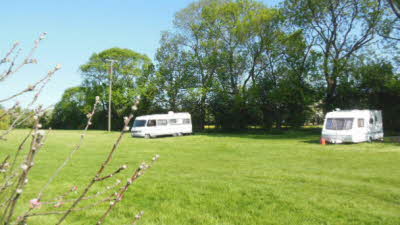 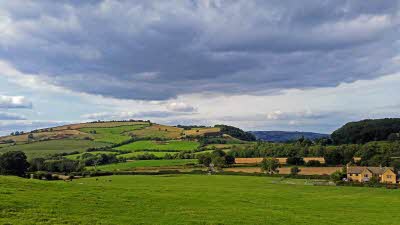