With over 70 state of the art shooting ranges, National Archery is by far the UK and Ireland's largest Archery provider ...

A remarkable adrenaline-filled experience awaits you as you take part in the awe-inspiring, bucket-list, daredevil activ...

Hall Farm Cottage
Arrived on site with no problems nice and clean as usual. Got parked up and settled we have had a lovely weeks holiday and looking forward to more in the future thanks again Gail and Rudy regards mick & Yvonne dixon

Hall Farm Cottage
We have been to this site several times and always had a great time. The grass is always well kept and we are looking forward to our next visit with great anticipation. We always feel welcomed and the owners have always been most helpful whenever assistance has been required with the site and facilities. The facilities are cleaned to the highest standard and well maintained so always available whenever we have visited. Definitely a favourite a spot of ours. Yvonne and Mick

Not sure where to start

This CL is indeed in a peaceful area and beautiful countryside being reached through the most picturesque village I have ever seen. However this only lasts until the lorries arrive to collect a few of the oxygen cylinders which are stored right next to the site and just adjacent to the cryogenic silos which no one mentions in the blurb! The site owner was nowhere to be seen and we never met her, however her dog was very much in attendance when we arrived, running freely around the pitch and stealing one of our kids toys- we only found it was the owners dog when we went to the caravan that we had assumed owned it to be told that the dog wasn't theirs, it belonged to the owner but that they too had not met her either! The greywaste and chemical waste facility is still a mystery to me as I was never able to find it despite scouring both the cryogenic site and the old stable block. I was assured by other users that it did indeed exist but was just a hole in the ground..I cannot confirm or deny this as I've not seen them. I also never found the showers or toilets but was reliably informed that they were the far side of the stable block but would cost a pound for five minutes of hot water?!?! I did spend a good half hour scouring the site and it is indeed a pretty place and would be ideal if your totally self sufficient and don't mind not emptying your waste at all? We did text and ring the owners whilst there, firstly to report that we couldn't find the facilities and second to report that her dog has made off with the kids toy!!! It would have been nice if she had made an appearance at some point once she knew we were struggling a tad! Anyway we have up and hastily left after one night having been lucky enough to secure a pitch at nearby Fordham which was an absolute dream compared to this. If you like total peace and long walks to the local and cities (the Norwich mile) then this is a fab site for you...if you do ever find the waste facilities please let me know

Response from the Club:

Thank you for your review. The CL Owner has been in touch as she works really hard to ensure everyone has an enjoyable stay at their site. As such she would like to address your concerns.

Due to the bank holiday traffic they did have a late delivery to the workshops but this is very unusual. Opening hours are between 8.00am to 5.00pm. We apologise for any inconvenience this caused you but would like to reassure you this does not normally happen.

The CL Site has a full explanation on the notice board about where to find the facilities. The toilet and shower are also cleaned regularly.

Further to your call to the CL Owner she replaced your tennis ball with several new tennis balls. She also phoned you in response to your text but there was no answer.

Please be assured that our CL sites are inspected by the Club. Coincidentally, the inspector visited the site on the afternoon of your departure and had a very positive report. The emptying point has to be up to Club Standards and this was checked too during the inspector's visit.

We hope this helps to address your concerns.

Hall Farm Cottage
We have been coming to this site for about 11 years , left alone to enjoy a quiet peaceful holiday with lovely walks for the dogs . Good for shop and places of interest .

Hall Farm Cottage
We stay at this site for 2 nights and the owner was very welcoming when we saw her :) The site was very peaceful and quiet with beautiful surroundings. if you want quiet then this is the site to come to. other campers were very polite too and very chatty :) Overall the stay was FANTASTIC :) would highly recommend :D

Arrived on site with no problems nice and clean as usual. Got parked up and settled we have had a lovely weeks holiday and looking forward to more in the ...

We have been to this site several times and always had a great time. The grass is always well kept and we are looking forward to our next visit with great ... 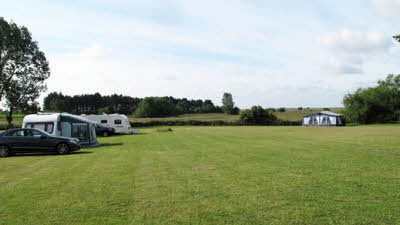