Lesley Harris jumps behind the wheel of the SEAT Ateca to assess the qualities of the sporty SUV as both a towcar and when solo driving.

Seat is widely acknowledged as the ‘sporty’ brand within the VW Group – the entire range has always had a distinctive, jaunty style. The Ateca – the company’s first foray into the competitive compact SUV market – was launched back in 2016, contending with models by other manufacturers as well as stablemates such as the Volkswagen Tiguan and Škoda Karoq.

Styling cues are taken from the Seat Leon, and the ‘family look’ of sharp lines and creases is present; these set it apart from less-inspiring rivals. At the front, LED headlamps, Seat’s signature daytime running lights and deep air intakes all contribute to the solid, reliable appearance. When you also factor in the highly-sculpted rear end, the Ateca’s handsomeness is evident from any angle. 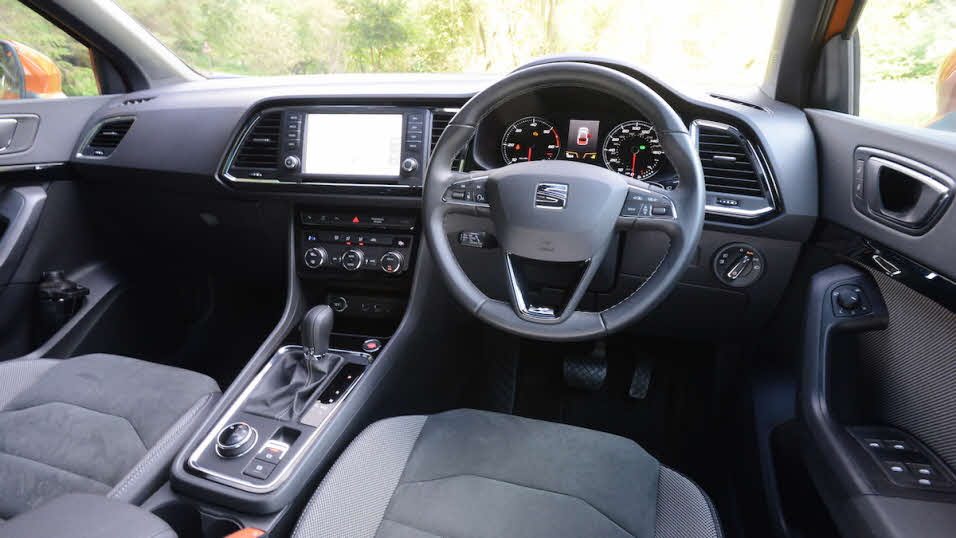 Inside, it’s functional and practical. The cabin is clean and unfussy, and the dash will be familiar to anyone who has recently driven a VW Group car. Reasonably high-quality soft materials adorn the top, although when you cast your eyes downwards you’ll notice harder, scratchy plastics. That said, it feels well-built and satisfactorily put together.

Chunky heating and ventilation controls are easy to use and you can select various driving modes via a rotary dial located in the central console.

The eight-inch Full Link touchscreen infotainment system is also a carry-over from the Leon hatch, and while the graphics are a tad grainy, it’s intuitive and has smartphone connectivity as standard.

The seats are comfortable and a huge amount of customisation is available for anyone who likes to fiddle with the levers in search of the perfect position. The driver can also move the rake-and-reach steering wheel to fine-tune their arrangement.

There’s just enough room for three adults to sit comfortably at the back, and the narrow transmission tunnel allows for plenty of foot space. Those with families will appreciate the two Isofix fittings to the outer rear seats and the provision of USB ports: two in the rear (along with a little net to hold a phone) and two in the front. 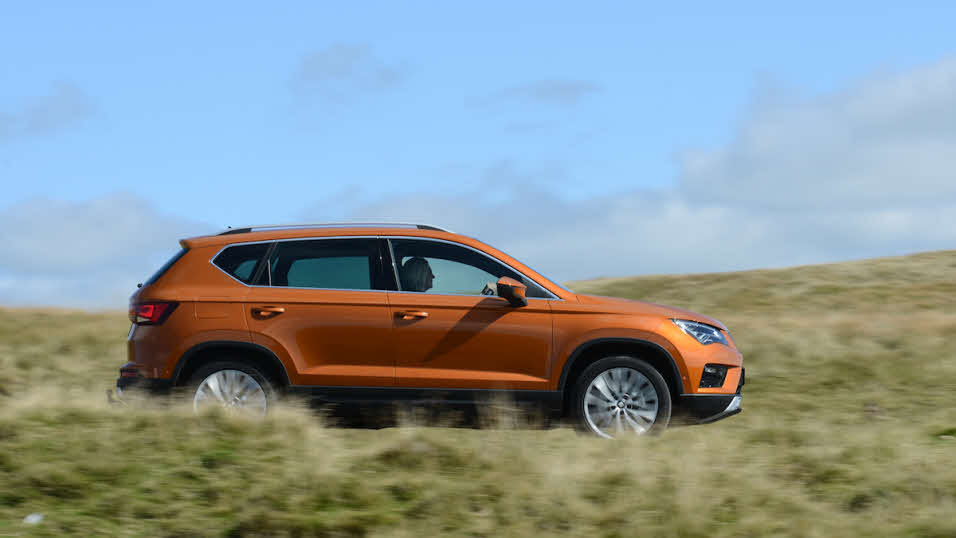 Seat offers a range of both petrol and diesel engines and there’s also a four-wheel drive option. I tested the 2.0-litre TDi seven-speed DSG, which puts out 148bhp and has 340Nm of torque to play with.

It’s a combination that has been used to great effect throughout the VW Group range, but in the Ateca it’s fairly noisy at idle and lower speeds. That said, the engine is punchy and strong, and it pulls well.

The Ateca is an engaging, entertaining SUV to drive, and employing the DSG paddles for gear changing can further enhance the experience. Plenty of grip inspires confidence, especially when on twistier roads, but there’s an obvious trade-off for this much fun. Passengers may not enjoy the firm and unyielding ride as much as the driver – any road imperfections will be picked up and transmitted into the cabin.

As a motorway cruiser, it runs along nicely, although again you will notice the effects of any poorly-maintained surfaces. At lower town speeds, the Ateca behaves well and doesn’t feel too big on the road.

A higher ride height gives the driver a good view of everything lying ahead, while great all-round visibility helps when parking and manoeuvring through crowded towns.

Pulling away from lights and junctions is controlled, with no tugging, and generally overtaking is smooth; the Ateca does waver slightly when passing lorries.

Once again the firm ride impinges on comfort when towing. Travelling over rougher surfaces, the dynamics of the car and van become unsettled, leading to bouncing that ripples through both units. ‘Eco’ mode seemed the best for towing – the time of gear change was shorter.

Ateca’s impressive boot space is 510l with seats in place and 1,605l when they are removed. The seats are easily dropped by the levers in the back; however, unless you purchase the optional split floor you won’t get a flat load area.

If you want an SUV that is fun to drive and comfort of ride isn’t a priority, then the Seat Ateca could be for you. It tows well enough, but you may hear passengers grumble about their experiences.

(figures correct when tested in December 2019)