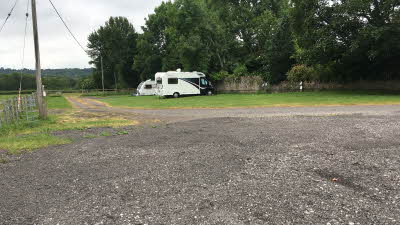 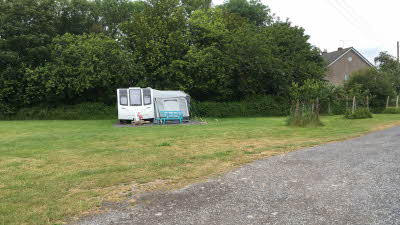 Experience a truly awe-inspiring adventure as you take hold of state of the art Segway's and take part in a mixture of u...

Opened in 1869 by the Midland Railway, the Avon Valley Railway is now preserved by an enthusiastic group of volunteers. ...

Parsonage Farm
I'm an 'Ex-Bristol Boy' too and know the area well, having been to School close by, so, like the previous Report Writer, find Parsonage Farm an ideal spot to stay when visiting the Family and Friends. Thoroughly enjoyed all our visits to the Site. Yes, it's 'simple', but provides all the basics we need to stay on a CL. A large area of hardstanding at the top of the Site gives room for three Caravans/Motorhomes and allows a generous amount of space between. There are also two 'caravan-sized' hard standings at the bottom of the field, as well as the grass area, which is indeed, a little uneven, but nonetheless hasn't caused any undue problems on the two occasions I've pitched on it this year. Whilst there is notable traffic noise from two major roads close-by, (more so at rush hours) leading in and out of the City, I can't say it caused us any nuisance. As already mentioned, two Pubs close by - one, 'The Angel' is a 200 yard walk, if that, and we've had several enjoyable meals there - and 'The Ashton', half a mile away. Bus Stops close by, with regular services to Weston-Super-Mare, Portishead and Bristol. Amazing Views of the Ashton Court Estate - and a great vantage point to seeing the Balloons taking off in suitable weather.

Parsonage Farm
I grew up around here so was very much looking forward to revisiting the area, family and friends after the trials of the past eighteen months. Unfortunately, our week didn't quite turn out like that. The site has been carved out of a much larger field, and two public paths run across it, so there were constantly members of the public wandering across. On one occasion a man was flying a drone in the larger field, on another a car managed to get in next to the vans, as someone had left the gate open. So security was not great, and the owners live elsewhere (we never got to meet them so no idea where) so it was all too public for us. The roar from the bypass is constant, even during the early hours, and occasional parking noise from the pub nearby. The field itself has hardstandings near the entrance, and two fairly close together at the bottom, the rest is uneven grass, which is where we went. All was well until another couple pitched up far too close to us, mainly because the remainder of the grass is too uneven to get a level bit. The grass was quite long, and then cut midweek, but the clippings just left, which of course resulted in them being walked into the van. I had paid a deposit by bank transfer so paid the balance the same way, as I said we didn't see anyone in charge. I got the distinct impression this is a moneymaking enterprise with little care by the owners. The Park and Ride is close by, which I would highly recommend for anyone heading into Bristol, as the traffic is a nightmare. Heading out of the city however the site is perfectly located. The Angel Inn I have known since I was a boy, but we found the menu uninspiring at best. Far better is the Jubilee in Flax Bourton, heading a few miles along the A370 Weston Road. The Ashton pub (formerly the Smyth Arms) is a family place nowadays, if that is your thing. We did our shopping at Tesco in Nailsea which is easy to find, but there is also (an expensive) Co-op in Long Ashton. Would we return? Possibly, when visiting next time, although we didn't feel any love at this site, which is a pity.

Ideal for a night in Bristol.

Parsonage Farm
We stayed 1 night in this Bristol CL. We are quite sensitive to noise but didn't find it an issues at all here as it was quiet over night. There are not many options for CLs close to Bristol and we wanted to be somewhere close enough to cycle in- which this was is. We went through the Aston Court park estate (just opposite the site) on the cycle paths to the Clifton Suspension bridge and then cycled via the river Avon pathway into Bristol historic dock area. The site itself is well kept with some hard standing, marked water and disposal areas (although 2 units chose to park right beside the disposal area oddly). We never saw the owners but posted the money through their door. Other site users gave us some local info which was useful.

Parsonage Farm
Perfect location Nice walk from site through Ashton court estate, and Clifton bridge in to Bristol centre if you are feeling energetic Site has all you need if you have your own loo Water, electric hook up provided Communictaions via email and phone were ok for me Free range eggs at farm were amazing bit of road noise but not too bad all in all would stay again video on you tube with drone footage of site https://youtu.be/SZjXt6LxYMg

Parsonage Farm
Stayed here for 4 nights in Jan 2019. It's a fairly basic CL, electric hookups available as well as water and CDP but bins and recycling are at the farm house a few yards up the lane. Unlike a previous reviewer we did manage to find the water tap! The ground is fairly level, there's a bit of hard standing but we were on the grass and despite wet weather it wasn't too muddy. There was some traffic noise, but mostly not too intrusive for us and not as bad as you might think considering how near it is to major roads - which does make it very convenient for getting into Bristol or out and about the area. It's also very close to the Ashton Court estate, a big area of parkland (former stately home and grounds) now owned by the city and freely open to the public - great for walking the dog. The access lane is usually made narrow by parked cars, but it's not very long. The only problem we had getting there was that the directions from the motorway don't always reflect the current signposts, or at least the ones you can see in advance of the junctions, so take a look at your route on a map before you get there. Also, we never managed to see the owners, just put the money through the door - OK it's a working farm so they were probably very busy, but if personal contact matters to you then this may not be to your taste. Free range eggs on sale at the farmhouse (again put the money through the door). Overall, the main thing this site has going for it is the location. It worked for us on this occasion, but we usually go for quieter, more remote CLs so may not choose this one again.

I'm an 'Ex-Bristol Boy' too and know the area well, having been to School close by, so, like the previous Report Writer, find Parsonage Farm an ideal spot to ...

I grew up around here so was very much looking forward to revisiting the area, family and friends after the trials of the past eighteen months. Unfortunately, ... 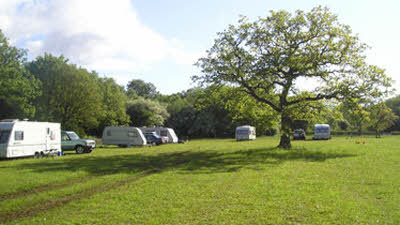 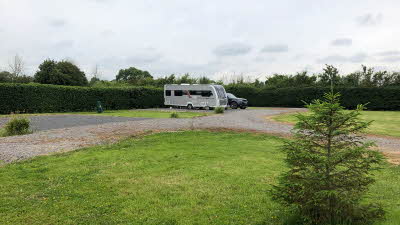