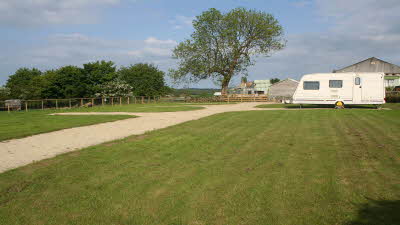 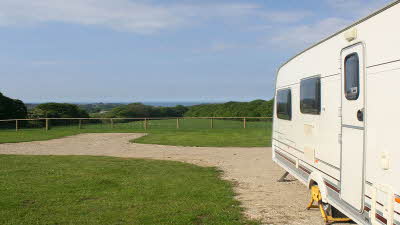 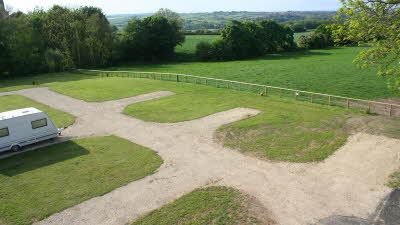 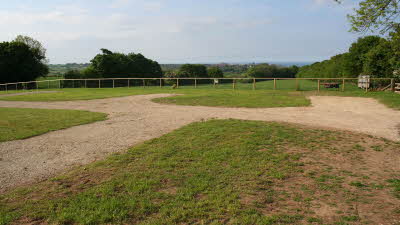 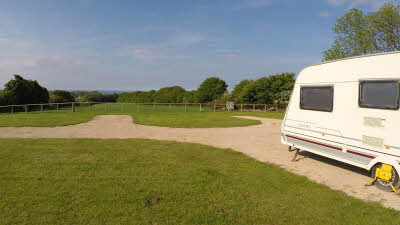 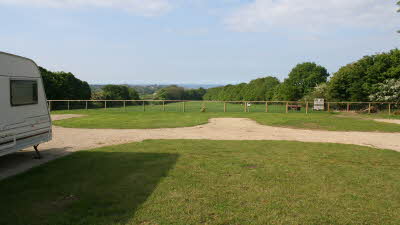 A small gem of a CL site, idyllically located on the edge of the North Yorkshire Moors National Park with stunning views of the coast and Whitby Abbey. This site provides an ideal base for exploring the nearby seaside town of Whitby, the Yorkshire coast and surrounding beautiful countryside.

The site is situated in the small village of Sneaton, 3 miles by road from Whitby. Within the village, there is an ice-cream farm with cafe and traditional pub, The Wilson Arms - offering a warm welcome and a range of hearty meals, both a very short walk away.

There are many countryside walks from the village itself. Directly from the site is the ancient ‘Monks Walk’ where stone flags were originally laid by the monks at the Abbey. These lead down into the woods below the site, over streams and down into Ruswarp. The path continues and leads into Whitby.

Also in Ruswarp, is the River Esk, where fishing is possible by permit or you can take a peaceful trip along the river by hiring a wooden rowing boat.

There are many other places to explore and walk nearby including, Maybecks, Falling Foss waterfall, numerous moorland villages as well as the local beaches or coastal villages of Robin Hood’s Bay and Sandsend.

If cycling is what you like, there are many quiet country lanes to explore which connect you to the different villages within the National Park. Alternatively, ideal for young families, there is the old railway line, a traffic free cycle track, running from Whitby to Ravenscar and beyond. Dalby Forest is 30 minutes drive away which offers various graded levels of cycle and walking trails.

For further afield day trips there are endless possiblilities including the towns of Scarborough, Pickering, Guisborough, Middlesbrough and the city of York, all accessible by car or bus from Whitby. There are also train links to Middlesbrough and the Esk Valley from Whitby Station or the nearby village of Ruswarp. The steam train also runs from Whitby on the picturesque journey along the North Yorkshire Moors Railway travelling through Grosmont, Goathland then on to Pickering.

As the name suggests the site at Monks Farm is situated on our family run mixed working farm where we rear cattle, sheep and grow a variety of cereal crop. The site offers the tranquility of the coast and country without being in the hustle and bustle of the town although this is no compromise, as Whitby can be easily accessed without venturing out by car but instead by foot, bike or hopping on the bus or train at Ruswarp.

Our site offers five all year around hard standing pitches with electric hook up, each with their own view across green fields, to the sea and Whitby Abbey.

We will look forward to welcoming you soon.

The UK's No.1 Forest Adventure, the classic and original Go Ape - experience. Fly down zip-wires, leap off Tarzan Swings...

SEA LIFE will transport you into an amazing underwater world; come nose to nose with sharks and turtles and prepare for ...

Jump behind the wheel of one of our rapid and robust Rally Cars as you experience the mud-churning, adrenaline-revving a...

Ye Olde Forge Valley Inn is a friendly pub with a fantastic atmosphere. The pub offers a great selection of draught beer...

Monks Farm
If you can get the end pitch the view over Whitby Abbey is fantastic but all the other pitches have sea views. The owner was always available when we needed her but not intrusive. The grass is kept short and the facility area clean. As others have said the Monks Trod walk next to the site is lovely and there are wonderful views of the harbour and abbey from the churchyard just a few yards up the road. Most of my pocket money was spent at Beacon ice cream parlour only 50 yards away. Utter peace and quiet and a lovely site where we would have liked to stay longer but unfortunately was fully booked, as was the Wilson Arms for Sunday lunch.

Monks Farm
We are staying on this lovely site, reluctantly going home tomorrow. We will miss the wonderful views of the sea and the Abbey and the comical behaviour of the 6 week old lambs. They have been so entertaining. We will also miss the lovely Monks Path walk to Whitby which runs from the farm . We did not manage the whole walk but we have walked half way a few times .its been a very relaxing break and we will definitely return . Mark was doing a grand job of cutting the grass but he did stop and asked if everything was ok and ended up having a long chat .we also met Shawn as he was feeding the sheep Judith welcomed us on arrival and came over the next day to check everything was ok .we would definitely recommend this site.

A great site very near Whitby

Monks Farm
The site is just off a No Through Road (Beacon Way) so is very quiet with a Public Footpath down the edge of the site that leads down into Whitby. Very peaceful and even the sheep seem respectful of the peace and serenity of the place. Sadly don't expect too much of a conversation with the owners, they seemed very reluctant to interact or converse, still everyone to there own. I would definitely visit this site again. We never used it, but The Wilson Arms just a short walk down the road looks a good place for a beer and an evening meal and has fairly good review. Lovely views down into Whitby if its not raining!

A view of the sea

Monks Farm
Stayed here for 3 nights in September - easy to find and book in. Quiet and peaceful even though fully booked. You can walk to Whitby directly from the site - it took us just over an hour. Also caught the train from Ruswarp to Grosmont and enjoyed seeing the steam train along the track. Best fish and chips ever in Whitby!

Monks Farm
Stayed recently for four nights - tried to get an extra night but fully booked. Easy to find and excellent choice of pitches on arrival. Enjoyed watching the lambs and rabbits in the field behind the pitch and lots of birdsong. Took the Monks Walk from site - tip - ask directions before you set off or walk an extra mile or two as we did until a fellow walker pointed us in the right direction. For ease, after the first grassy hill its straight across the small tarmac road - down the grassy hill opposite - cross the bridge and turn left ( don't take the 2nd bridge on the right). At the end of the path continue downhill into Ruswarp and then turn right over the railway line - take signposted path to Whitby on the right. Thoroughly enjoyed all the local area had to offer - walked miles and had a really relaxing time. Site was perfect but sadly the local pub had still to re-open .....but there's always next time!

If you can get the end pitch the view over Whitby Abbey is fantastic but all the other pitches have sea views. The owner was always available when we needed ...

We are staying on this lovely site, reluctantly going home tomorrow. We will miss the wonderful views of the sea and the Abbey and the comical behaviour of ... 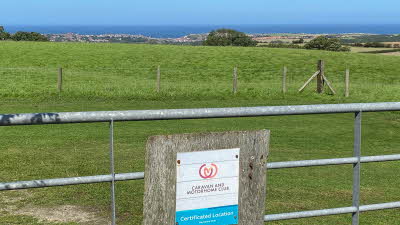