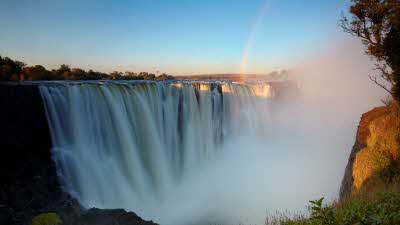 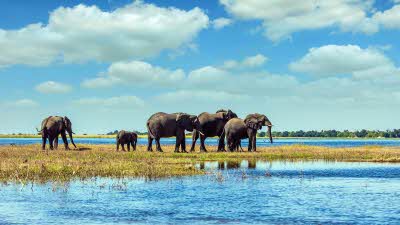 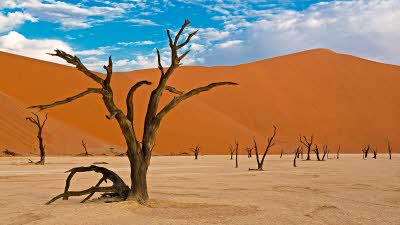 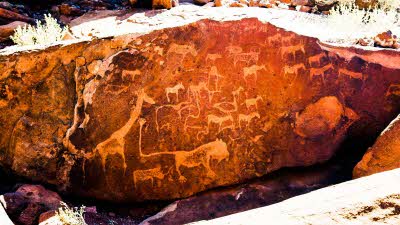 Venture off the beaten track and experience the diverse wonders that Southern Africa has to offer. From the deserts and sand dunes of Namibia to the unique Okavango Delta, a river that never reaches the sea, plus the majestic sight and sounds of Victoria Falls, this corner of Africa will delight and enthral you.

Your experienced guide will help you discover the wonders of the region, sharing their knowledge of the three countries as you travel. Add in the magnificent wildlife of the region, from the amazing desert animals in Namibia and the floodlit waterholes of world-renowned Etosha National Park to Chobe National Park, famous for its large herds of elephants, and you’ve got the holiday of a lifetime.

This tour departs on 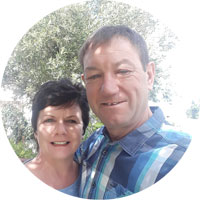 Kobus and Deidre have completed over 30 tailor-made itineraries through South Africa and its neighbouring countries. 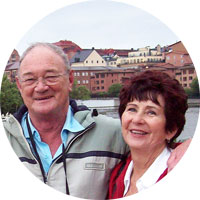 Louis and Mariette were born in South Africa and have hosted lots of successful tours throughout South Africa, Namibia, Zambia and Zimbabwe. Exploring Africa has been a passion and way of life for them for many decades. 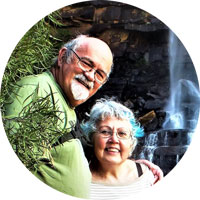 Johan and Magda have travelled far and wide and seen many beautiful and exciting places throughout Southern Africa including most National Parks and sights. Fly from the UK to Windhoek, the capital of Namibia. Landing on day two you’ll be met at the airport and transferred to your hotel for the next two nights. Enjoy a welcome dinner as you meet your guides and the rest of the group. On day three we’ve organised a group briefing at the Motorhome depot so you can familiarise yourself with the motorhome and ask any questions you may have in advance of picking up the motorhome the next morning. Afterwards, you’ll return to Windhoek where you can enjoy the rest of the day at your leisure.

We start our adventure this morning as you collect your motorhome and head for the sand dunes of Sossusvlei. Make a stop at the beautiful Spreetshoogte Mountain Pass and enjoy one of the most beautiful views in Namibia. Spend the next two days exploring the area of Sossusvlei and Sesriem with optional excursions such as helicopter flights, hot air balloon rides and 4x4 excursions all available. The dunes around Sossusvlei are amongst the tallest in the world, reaching up to 400m tall, and are constantly changing and moving as they’re sculpted and reshaped by the wind. In contrast is the landscape of Deadvlei, where dead trees have stood for centuries due to the dry climate.

We travel to the coast and the Atlantic Ocean as we head to Swakopmund today. Break up the journey with a stop in Solitaire, a remote settlement at the edge of the Namib-Naukluft National Park, which has been a welcome stopover for more than 60 years. On day 7 head to Walvis Bay for a boat cruise along the coast to look for seals and dolphins in the Atlantic Ocean. Enjoy a glass of bubbly and fresh oysters on board, as your guide informs you about the animals and helps you spot them in the water.

Departing Swakopmund we continue onto Uis. This once booming mining town is situated in the heart of the Damaraland region, in an unspoilt rural area of Namibia. The Brandberg area is a popular destination due to its unspoilt beauty and wildlife, which includes Desert Elephant, Mountain Zebra, Springbok and Kudu. We also recommend a visit to the UNESCO World Heritage Site of Twyfelfontein, where you can view the ancient rock engravings left by ancient tribes. Today we continue from Damaraland to Palmwag. From here you can explore the area on a number of optional excursions including Rhino tracking. You can also seek out the wildlife of Damaraland, where you may see desert elephants, black rhino, gemsbok (oryx), kudu, springbok and, if you’re lucky, maybe even lion and cheetah, which are occasionally seen in the area.

Continue your journey northwards today as you leave Palmwag and make your way to Etosha National Park, perhaps making a stop en route at an authentic Himba village. Etosha National Park is unique in Africa, the park’s main characteristic is a salt pan so large it can be seen from space, yet there is abundant wildlife that congregates around the waterholes, giving you almost guaranteed game sightings. As the sun goes down, Etosha comes into its own due to the gently floodlit watering holes on the edges of the campsites that allow the animals to drink unhindered, whilst affording you with a spectacular view. On day 13 you can enjoy guided safari game drives in an open safari vehicle.

Situated in the Otjozondjupa Province, in the centre of what is known as the ‘Golden Triangle’, the towering Otavi Mountains are surrounded by the Northern Namibian towns of Otavi, Tsumeb, and Grootfontein, which are roughly 60 kilometres equidistant from each other. The landscape features golden maize plantations, spectacular dolomite mountains, and underground lakes. Visitors to this spectacular region can look forward to a variety of activities including a visit to the Hoba Meteorite, the largest ‘space object’ on earth and a national monument. Exciting optional activities such as a 4x4 road trip to the Ju/'Hoansi Living Museum, peaceful walking trails, spectacular close-up game viewing at the hide and waterhole, relaxing at the swimming pool or having a laid-back sunset around the campfire with an ice cold drink.

Today takes you into the Caprivi Strip, a slender section of Namibia that stretches between Angola to the north and Botswana to the south, all the way to Zambia in the east. The Mahango Game Park is situated on the western side of the Okavango River close to the Popa Falls. The park is small and has a size of only 245 km squared but is home to numerous game, large herds of elephants and buffalos can be observed here, as well as hippos and very large crocodiles. Almost all the antelope species living in North-Eastern Namibia can be seen in the park, among them rare species like roan and sable antelope, common reedbuck, bushbuck, waterbuck and tsessebe. There are also giraffes, zebras, impalas and kudus living in the park and the main predators to be found are lion, leopard and hyena. The large floodplains, islands and wetland areas make the park a bird’s paradise as well. 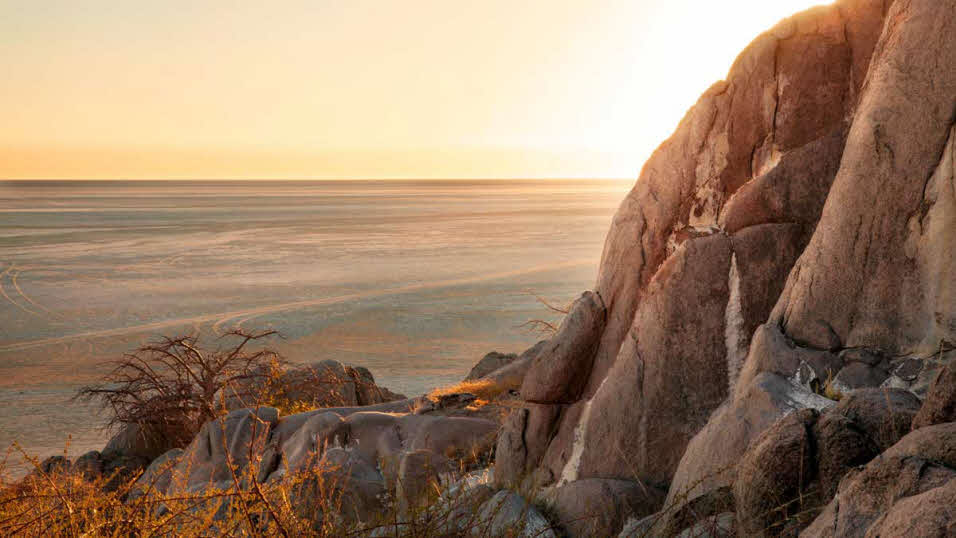 This morning we travel from Caprivi to Namwi Island for a one night stay. Situated about 10 km from Katima Mulilo on the banks of the Zambezi River, the tranquil setting is the ideal stop-over to continue our journey through the Caprivi. This area is famous for its birdlife such as the Woodland Kingfisher, African Skimmer and African Woodowls.

We cross the border into Botswana today, before parking the motorhomes in Kasane and being transferred into Zambia and Livingstone - the gateway to Victoria Falls. We will spend the next two nights at the David Livingstone Safari Lodge with time to visit the falls. You might like to take an optional Sunset Zambezi Cruise, a helicopter flight over the falls or simply be mesmerised by the ‘smoke that thunders’ as the waterfall is known locally.

After our Livingstone adventure, we transfer back to Kasane in Botswana where we will collect the motorhomes and continue onto Chobe National Park. The Chobe River forms the northern boundary of the park and protects about 11700 square km. Its vegetation varies from lush floodplains to the scorched Savuti marsh. Chobe is classic big game country where herds of buffalo and elephant attain legendary proportions. A game drive and a game cruise on the Chobe River are included, providing you with the perfect opportunity to see the animals.

Saying goodbye to Chobe our next destination is the Makgadikgadi Pan, the world’s largest salt pan, formed on the bed of an ancient lake that began evaporating aeons ago. Makgadikgadi is a unique desert experience: in the dry season, this vast expanse of sun-baked salt glistens in the light and when the rains come, the pan is home to a cornucopia of flamingos and other waterbirds. It's also home to one of Africa's biggest zebra populations, whose annual migration is a wonder to behold. 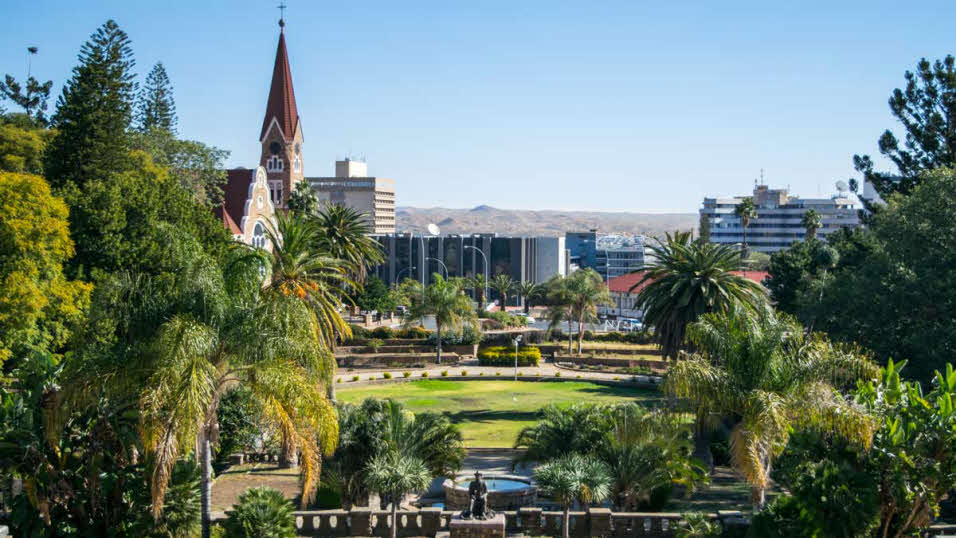 Your next destination is Crocodile Camp where we will spend the next two nights, situated on the banks of the Thamalakane River in Maun. From here you can discover the Okavango Delta, a World Heritage Site and the largest inland delta in the world, created by the Okavango River spilling out over the dry sands of the Kalahari Desert. As the river spreads out it forms a waterlogged oasis featuring countless meandering waterways and crystal clear lagoons studded with water lilies, as well as fertile floodplains and reeded islands that are home to an abundance of wildlife.

You can enjoy a number of wonderful activities such as game viewing, fishing, bird watching or taking an authentic guided Mokoro excursion through this wetland paradise in a traditional dugout canoe. Commonly spotted animals include: lion, rhino, leopard, giraffe, hippos, elephants, crocodiles and countless species of bird.

Then visit the Moremi Game Reserve, ranked as one of the most beautiful reserves in Africa. Covering 4,871 square kilometres of pristine wilderness, the varied terrain includes savannah, winding waterways and dense forest, producing a diverse ecosystem which supports an incredibly wide spectrum of wildlife. The birdlife is prolific and includes most of the 550 bird species recorded on Botswana’s national bird list.

Situated 300 kilometres southwest of Maun and just north of the Trans-Kalahari highway, which runs from Lobatse in Botswana to Walvis Bay in Namibia, the small town of Ghanzi is sometimes referred to as the 'Capital of the Kalahari'. It serves as the administrative centre of the Ghanzi district which covers a vast area of cattle ranches and farmland in the west of Botswana. The Ghanzi area has a number of lodges which focus on cultural tourism as well as wildlife viewing - here you can experience the fascinating world of the San Bushmen as they explain to you how they forage, hunt and find water in this harsh environment.

The accommodation for tonight is the Kalahari Arms Hotel, here you can soak up the Botswana sunshine or relax in the lapa with a refreshing drink or enjoy a swim in the Olympic sized swimming pool.

Today we start the journey back towards Windhoek break the journey with an overnight stop at Zelda Guest farm where you can choose from bird watching, walking trails, observing game or simply relax by the pool.

Continue to Windhoek for your final night in your motorhome. The next morning you return the motorhomes before your transfer to Windhoek Airport. 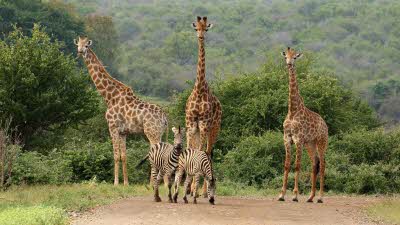 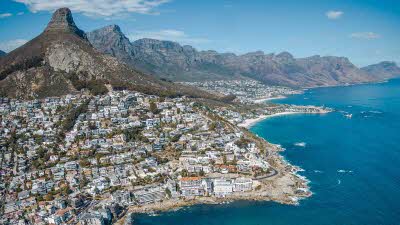 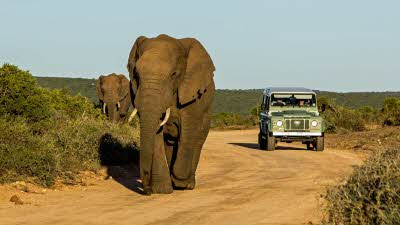