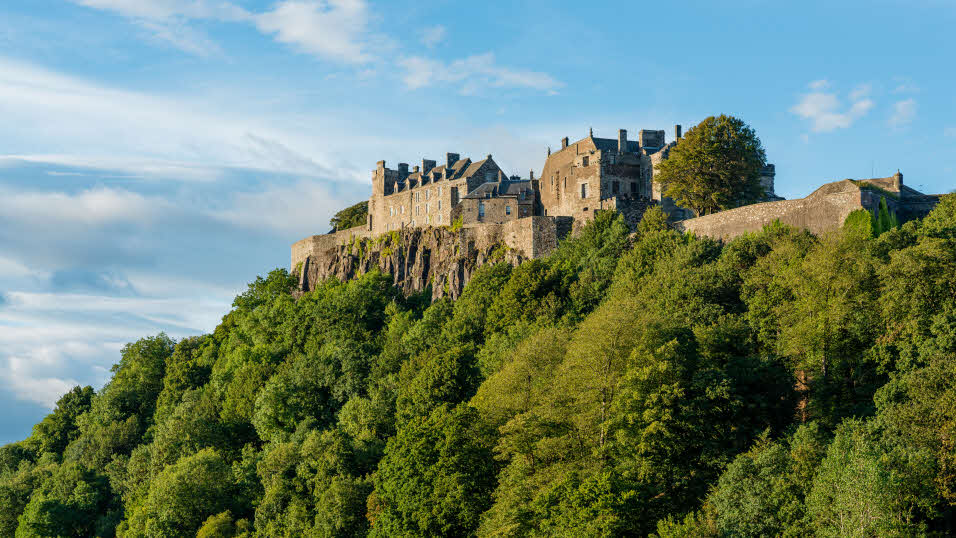 Stirlingshire is considered to be the heritage capital of Scotland. Located on the main road to the Highlands, it combines a mixture of historical and modern culture. The county also provides visitors with fantastic scenery to explore, including spectacular mountains, woodlands and rivers, while Stirling itself is a city of intrigue; here you’ll discover a vibrant, burgeoning culture interlaced with history and art. Not only is Stirling the gateway to the Loch Lomond and The Trossachs National Park, but you’ll also be well-situated to branch out, should you wish, to two of Scotland’s largest cities.

Providing something for everyone to enjoy, Stirlingshire is a great location for families, couples and those seeking adventure. The Old Town Jail offers fascinating tours and has been awarded Tripadvisor’s Travellers’ Choice Award, which makes the jail a must-visit during your time in Stirling; you’ll also have the chance to task your wits against the aptly-themed escape room, too. Elsewhere you can take in Scotland’s inimitable countryside, with the Ochil Hills providing a tranquil paradigm of grassy knolls and hills.

If you’re in search of history when staying at one of our Stirling campsites, there are many places of interest including the Church of the Holy Rude where James VI was crowned, and The National Wallace Monument. Offering spectacular views of the fields below where William Wallace led his troops to victory at The Battle of Stirling Bridge, the tower helps tell the story of Scotland’s national hero – a captivating tale spanning the 13th and 14th centuries.

Although there are many places to visit while staying at your campsite in Stirlingshire, no trip here would be complete without visiting Stirling Castle, which has been a leading player in Scotland's turbulent history for over 700 years. The castle overlooks the battlefields where Scotland's Wars of Independence were fought and won, and while stands out as a symbol of national pride, also sits atop an extinct volcano – 250ft high on Castle Hill. 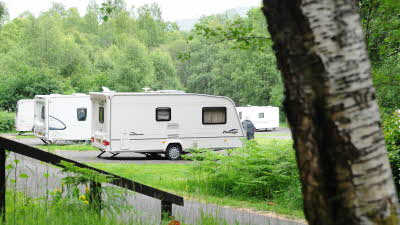 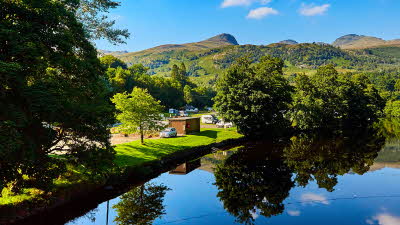 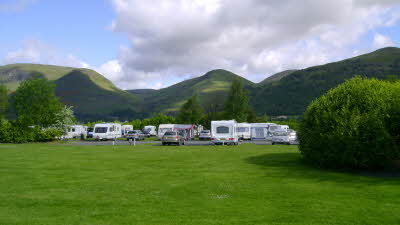 What are the best campsites in Stirlingshire?

All of our campsites in Stirlingshire will offer you easy access to Scotland’s verdant countryside. If you’re looking forward to wending your way through grasslands and over hills then Woods Caravan Park will help you do just that, offering 180 degree views of the stunning Ochil Hills. Meanwhile, families may enjoy a stay at Maragowan Caravan Club Campsite, a picturesque site located along River Lochay – golf, fishing and trips to Killin are some of the things you can look forward to.

Which sites are dog-friendly?

All of our UK Club Sites are dog-friendly and better yet, your four-legged friends go free! Find out how we cater for dogs and what to expect when visiting a Club Site with the family pet.

Where can I camp with a tent in Stirling?

Camping in Stirling is a great way to explore the county. The Woods Caravan Park has a number of pitching spots for tent campers, as well as being a top location from which to discover much of what Stirlingshire has to offer.

Which campsites are open all year?

Opening times through the year are displayed under each site above, but you can also find out which of our Club Sites across the UK are open all year round if you’re looking for alternatives.

Branch out from Stirlingshire and take in everything Scotland has to offer. Here are a few popular campsites from around the country:

Other areas to consider: