There’s plenty to see and do for all ages right on your doorstep at this Club campsite, while the sights of London are just a bus or train ride away.

No, this isn’t about the ‘Eagles’ (sorry to disappoint any Palace fans). Rather, we’re shining the spotlight on Crystal Palace Club campsite – which happens to sit next to the location of the original Crystal Palace that gave the football club its name.

Happily, following ongoing discussions, the local council has extended the lease for this very popular site, and bookings are now open up to 18 September 2022. Situated in the south of London, Crystal Palace is something of a hidden gem, offering an unexpected pocket of parkland peace amid the urban hustle and bustle. It’s a well-laid-out campsite, with all the facilities you would expect.

Naturally, the extremely busy roads around the city can be challenging to negotiate, so do check your Handbook for instructions on the best way to approach the site. It’s also important to note that this area is part of a Low Emission Zone (LEZ), so determine whether your vehicle is affected before travelling if you want to avoid a fine.

Don’t be alarmed if you spot a dinosaur on the horizon as you wander around Crystal Palace Park! The giant reptile sculptures at Dinosaur Court were created in the late 19th century, and were considered important enough back then to receive a royal visit from Queen Victoria and Prince Albert. No visit is complete without a walk around the pretty lake they inhabit.

If the little ones aren’t enthralled enough with the dinos, the park is also home to one of the UK’s largest hedgerow mazes, as well as a skate park, boating lake, and the impressive National Sports Centre (NSC). An interesting fact for footie fans: the NSC’s athletics stadium is built on the same site as the football ground that hosted the FA Cup Final from 1894 to 1914. It was also the original home of Crystal Palace FC.

Of course, the beauty of a London-based campsite is that the capital city’s plethora of attractions is right on your doorstep. Hop on a bus just outside the site and you’ll be whisked to Trafalgar Square faster than you can say “jellied eels”. Alternatively, the nearest train station is only a 20-minute walk across the park. 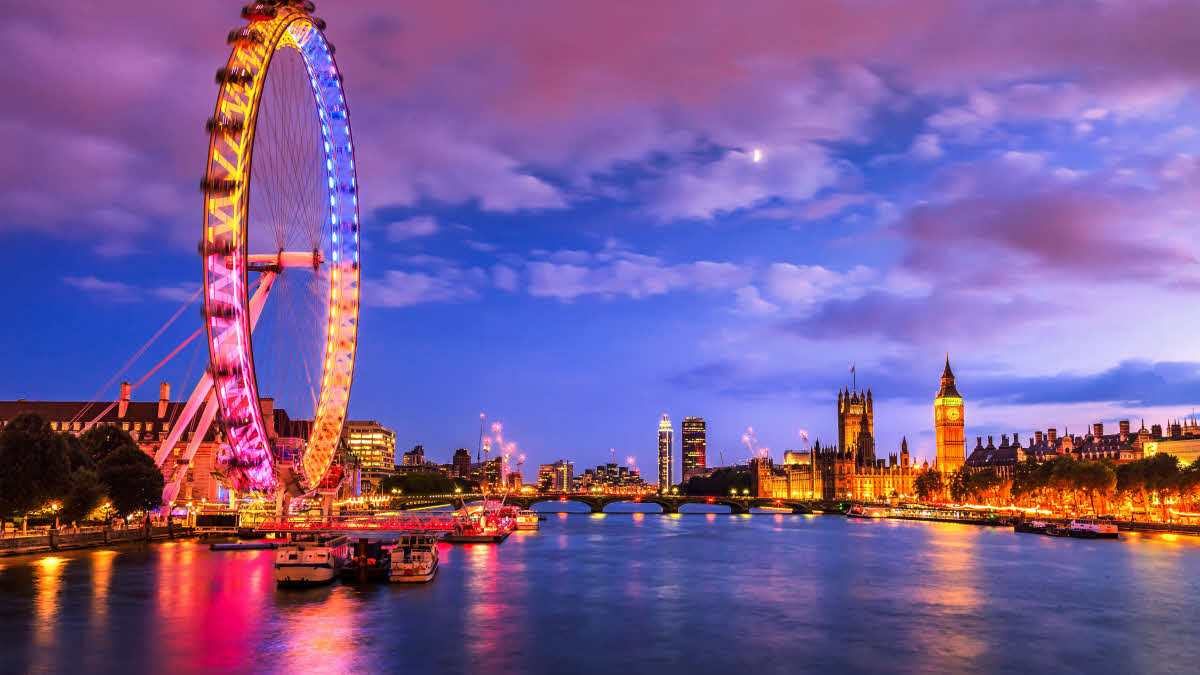 London’s attractions need little introduction, but many of the main ones are clustered around the Thames. In Westminster, you can drink in 360º vistas of the city skyline from a glass pod on the London Eye. There are more jaw-dropping views on offer from the walkways of the iconic Tower Bridge, which is best accessed from London Bridge train station or Tower Hill tube. A tour (guided or not) of the bridge gives a fascinating insight into the history of the construction, and you can also sample the sounds and smells of the coal-driven engine rooms that once powered the bridge lifts.

A walk over Tower Bridge takes you to another legendary tourist attraction, the Tower of London. This centuries-old fortress, officially a Royal Palace, is best known for housing the Crown Jewels – the British Monarchy’s beguiling collection of ceremonial objects, including the crown worn by the Queen for her 1953 coronation. The Tower is also notorious for grisly tales of prisoners incarcerated and executed within its walls, which you can hear all about on a Yeoman Warder tour. Book a Twilight Tour for exclusive after-hours access and added spookiness.

Stay at Crystal Palace and the very best of London is just a short bus or train ride away. But – surrounded by trees and greenery, with a lush expanse of parkland just a stone’s throw away – this Club campsite is also an oasis amid the urban sprawl. The many reasons to choose to stay here are crystal-clear.

You can book Club campsite pitches via the UK Sites app, or at camc.com/searchandbook

This surprisingly peaceful site is in a fantastic location for exploring the capital. Be sure not to miss the dinosaurs in the park next door!

There is a range of nearby attractions which you can save money on using our Great Savings Guide.

“The location of the site is perfect for visiting London attractions, either by bus (not far from the site entrance) or train (from Crystal Palace station). The site itself is peaceful and well maintained by the wardens, who were always helpful and cheerful.”

“It is a very pleasant walk down to Dulwich Village and the shops cafés and railway station there. The Dulwich Picture Gallery is well worth a visit.”