Andrew Ditton takes a closer look at three Club sites which are on or adjacent to a country estate – Longleat, Chatsworth Park and Tredegar House.

Travel with your caravan or motorhome can go beyond the highway – you can also journey through time! Choose a Club site on or adjacent to a country estate, and history is literally on your doorstep. Rich, multi-layered stories simmer below the surface at these venues, some of their truths being stranger and more fascinating than fiction. 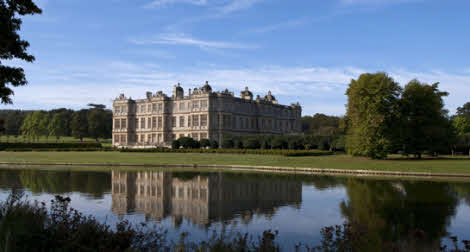 Longleat House is regarded as one of the finest examples of Elizabethan architecture in the UK. The house was built by Sir John Thynne and completed in 1580.

Sir John’s grandson, Thomas, secretly married his bride Maria the day he met her, when they were both 16. Maria came from a family the Thynnes bitterly opposed, and the affair is said to have played a part in prompting Shakespeare to write his tragedy, Romeo and Juliet.

The house itself sits within 1,000 acres of parkland, designed by Britain’s most famous landscape architect, Lancelot ‘Capability’ Brown. Thousands of acres of farmland and woodland complete the Longleat estate and, nestled within the latter, is the Caravan and Motorhome Club site, which has been a popular part of the network since 1982.

Longleat, though, is perhaps best known for its safari park. “The Sea Lion Lake is near the Club site,” says site manager Gail Cooper. “In the evenings, members enjoy hearing the sea lions, lions and koala bears. In the morning you might hear the wolves.” She suggests pre-booking if you wish to visit the house, as only ticket-holders may walk the 200 yards from the site directly to the house entrance. Gail also recommends visiting between November and January when the Festival of Light usually takes place, and also in September for the “amazing” Sky Safari balloon festival. 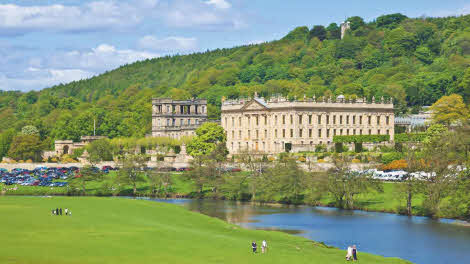 Chatsworth, in Derbyshire, is the seat of the Duke of Devonshire and has been home to the Cavendish family for almost 500 years. Today, 25 rooms within the main house are open for ticket holders to explore. Overall, the main estate covers some 12,000 acres, which include the park surrounding the house, properties in the adjacent villages and, of course, the popular Club site.

Just like Longleat, the services of Capability Brown were enlisted during the 18th century for garden design, and, like Longleat, there are some interesting characters in the house’s past. One of the most famous was Georgiana Spencer, great-great-great-great aunt of Diana Spencer, who of course became Diana, Princess of Wales. Georgiana married the 5th Duke of Devonshire, but the union proved to be eventful and… let’s just call it ‘complicated’! So interesting was the life of Georgiana, it was dramatised for the 2008 film The Duchess, many scenes of which were shot at Chatsworth House.

Despite being 500 years old, the 105-acre gardens continue to evolve. Modern art installations feature in Project Arcadia, the biggest redevelopment of the gardens in 200 years. Dogs are welcome to explore the gardens and the park with you, if they are on a lead. 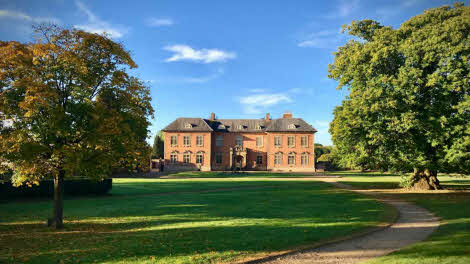 Tredegar House, in Wales, is a grand country estate with an engrossing past. Redevelopment of the striking red-brick house was completed in the late 1600s by Sir William Morgan, with the financial assistance of his wealthy wife, Blanche.

During the 1830s, the influential Morgans, became a target for the ‘Chartist’ movement, which campaigned for increased political rights for the working classes., but perhaps the most interesting story surrounds Evan Morgan who was renowned for holding extravagant parties and for his interest in the occult. He kept a menagerie of wild animals, which apparently included a boxing kangaroo, and even had his own 'magik room'. Evan, the last Viscount Tredegar, died in 1949, leaving behind a financial burden that led to the sale of the house soon after.

The Club has been operating a site in the grounds since 1999, and in 2012 the National Trust took over management of the estate. Since then, it has opened up the house and the 90 acres of garden and parkland for all to enjoy. 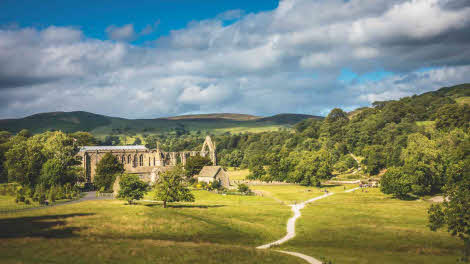 Bolton Abbey Club site
Set within the Bolton Abbey Estate in the Yorkshire Dales, which boasts 80 miles of footpaths through fabulous scenery and, of course, the ruins of the 12th-century Bolton Priory. 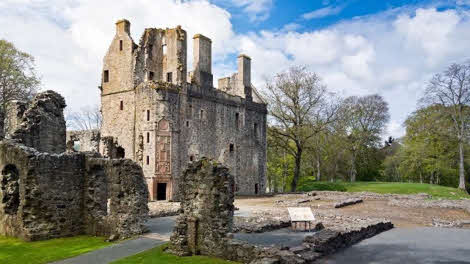 Huntly Castle AS site
Built in Aberdeenshire by the Earl of Fife around 1190, a fascinating history lies behind the castle’s ruins. It was lost to the powerful Gordons after the Battle of Bannockburn, and subsequently rebuilt and embellished in the 15th and 16th centuries. The Club site is less than a mile away. 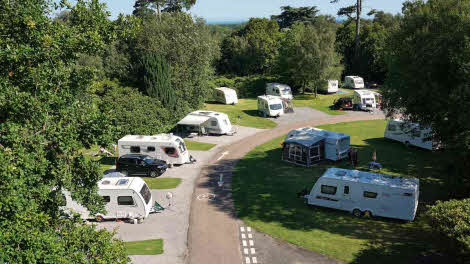 Battle Normanhurst Court Club site
Prior to its demolition in 1951, this East Sussex house had an interesting life. It served as the home of the successful Brassey family, a military hospital during the First World War, a girls’ school, and a Second World War prisoner of war camp. Nowadays, it‘s the location of a popular and tranquil Club site. 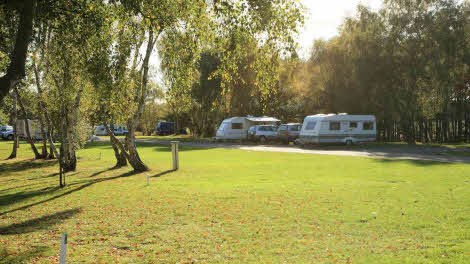 Clumber Park Club site
The former seat of the Duke of Newcastle, Clumber House in Nottinghamshire was demolished in 1938. The 3,800 acres of parkland, heath and woods remain for all to enjoy.