6 best road trips in the UK

If you’re looking to explore the best of Britain on the open road, then you’ve come to the right place.

Here, you’ll find six of the best routes to enjoy at your leisure, whether you’re looking for motorhome and campervan routes in Wales or are planning a road trip through Scotland. Let’s take a look at some Club favourites in detail. 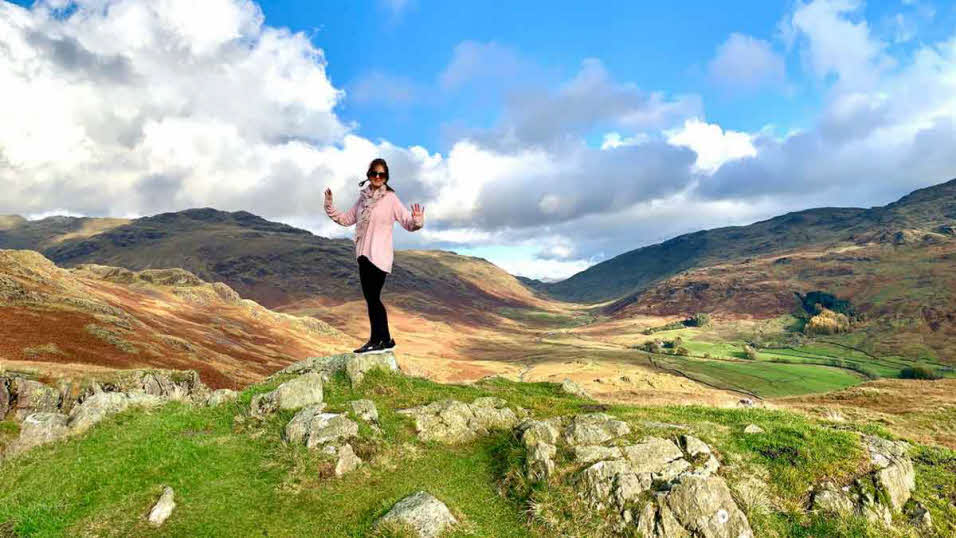 What better way to explore the Lake District National Park than with a stop-start trip around the 42-mile long Coniston Loop? This takes you through some of the more rarely seen parts of the region and will allow you to cover more ground than if you were simply setting out on foot. Highlights of this route include Duddon Valley, which was the inspiration behind William Wordsworth’s 1820 work, The River Duddon, A Series of Sonnets. You’ll also head past Stanley Force waterfall and Hardknott Roman Fort. If you decide to stop in any of the little villages or hamlets along the way, you’re sure to come across a selection of charming coffee shops and pubs which make for the perfect pit stop. 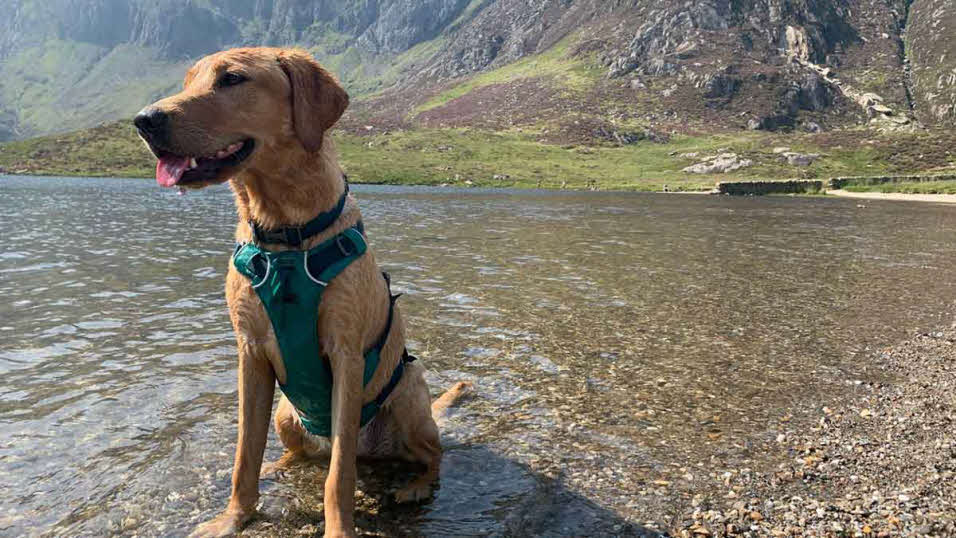 If you’re looking to explore the Welsh countryside, then how about a road trip from the foot of the region’s highest peak, Snowdon, to its westernmost point in Anglesey? This is a 26-mile route that can be easily completed in a single day and will pass by a number of must-see locations including the Snowdonia National Park, and Penrhyn Castle and Garden. Once you’ve crossed the Britannia Bridge into Anglesey, you can then visit the town with the longest name for fun. Get ready to say… Llanfairpwllgwyngyllgogerychwyrndrobwllllantysiliogogogoch.

If you want to make this route even longer, you could even start from the spectacular Brecon Beacons further south, before heading north to Snowdonia. 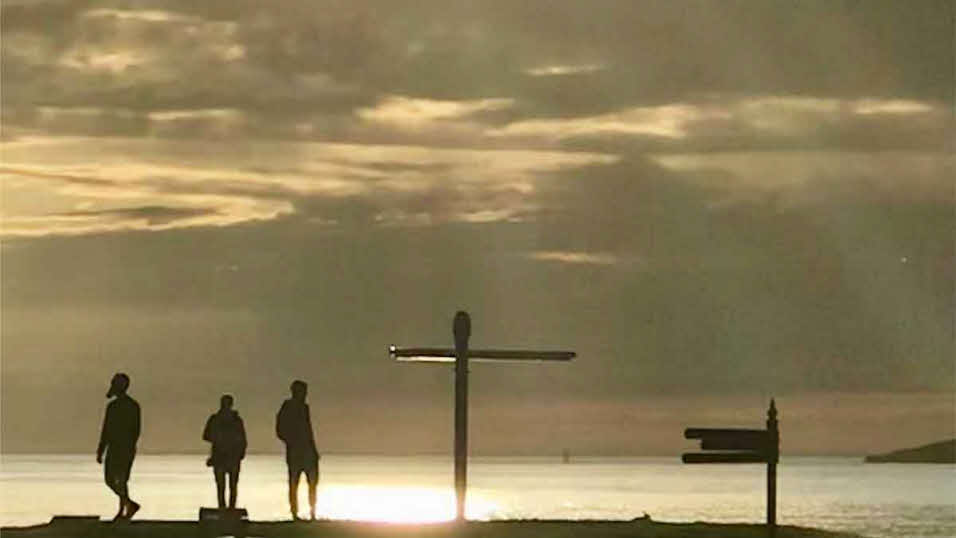 When it comes to caravan and motorhome tours in Scotland, don’t miss the Scottish North Coast trip, which starts and ends at the picturesque Inverness Castle. If you complete this entire route, you’ll cover an impressive 800km and pass the UK’s northernmost mainland coast. Stop at John o’ Groats which is the furthest point from Land’s End in the south of England, and see if you can spot whales and seals off the shore as you go. The white-sand beaches of Wester Ross are also a remarkable sight – and why not also squeeze in a spot of whisky sampling at Easter Ross? If you choose the latter, however, remember not to drink and drive – you’re best off booking a nearby Club site for the night. 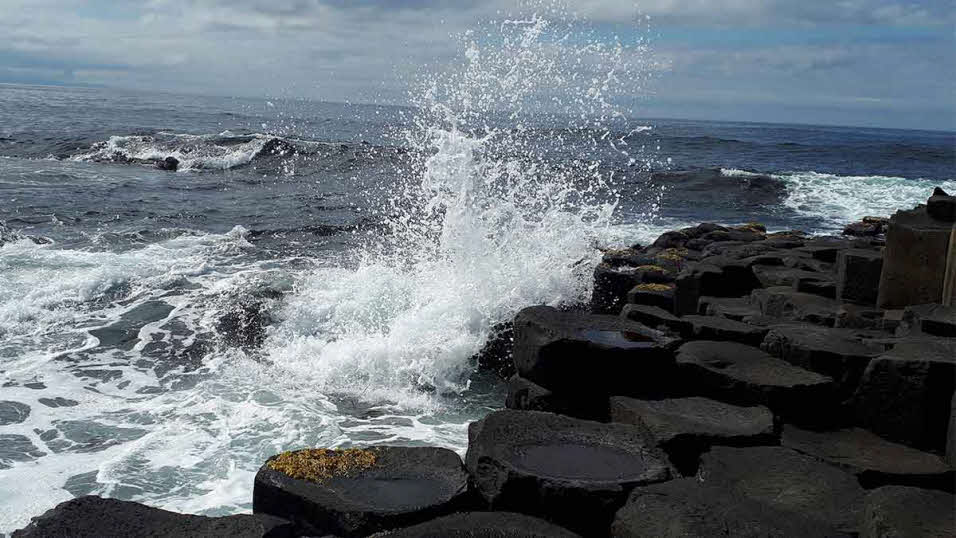 Discover the rugged and spectacular coast of Northern Ireland with a route that takes you from Derry to Belfast. The Causeway Coastal Scenic Drive is one of Ireland’s most visually fascinating routes, with premium tourist attractions including the Carrick-a-Rede Rope Bridge and Giants Causeway – a truly breath-taking display of about 40,000 interlocking basalt columns which were formed during an ancient volcanic fissure eruption. 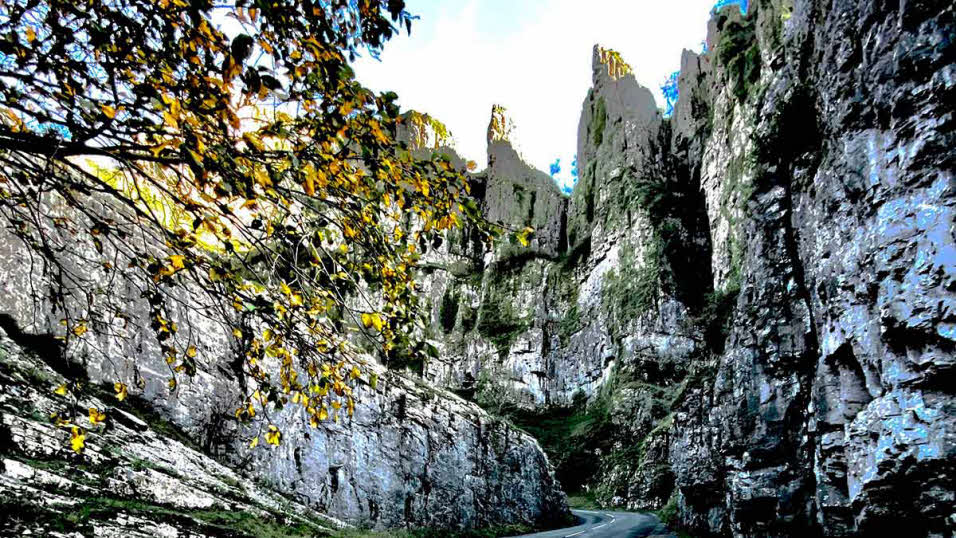 Somerset is well known for its striking landscapes and the award-winning Cheddar Gorge will help you see this part of the world at its very best. The route through the gorge twists and turns for 14 miles, making it one of the shortest drives on this list. But what you’ll see along the way will stay with you forever. Described as the most scenic route in Britain, you’re sure to be completely in awe of your surroundings. It can get fairly busy along this popular route, so leave plenty of time to complete your journey. 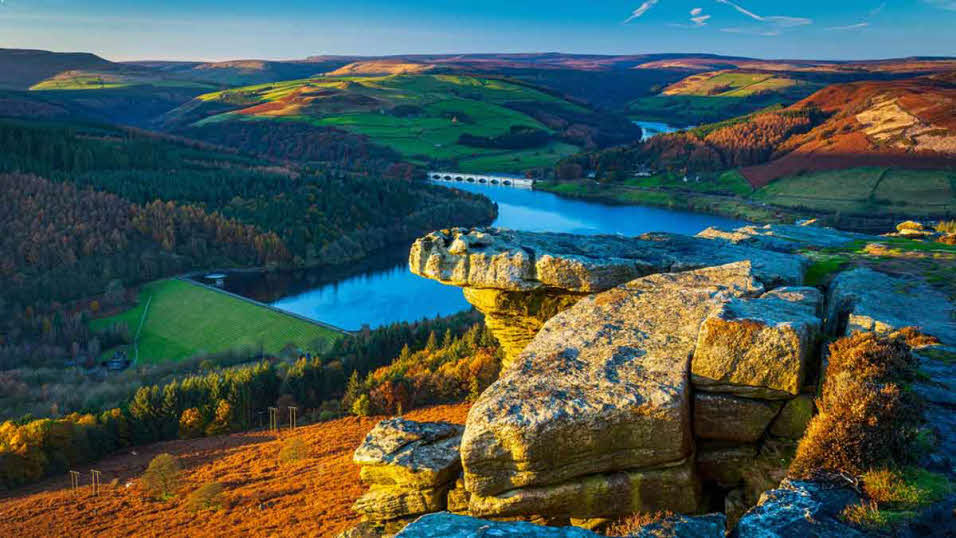 Image of Ladybower Reservoir in the Peak District. Photo by Richard Warren.

Located just a stone’s throw from bustling cities like Manchester, the Peak District is one of the UK’s top beauty spots. If you’re looking to enjoy a road trip in this area, then Snake Pass is ideal. It’s a famous route in Derbyshire that cuts through the Pennines, past several small villages, with Ladybower Reservoir as the halfway point. This route heads towards north Manchester, providing stunning views of Glossop town. Snake Pass is well known for its sharp bends and sudden drops. It’s fun to drive but be careful – this route can prove hazardous.

The UK is a hot spot for road trip locations, so why not map out your route and enjoy an adventure to remember?

Read first hand touring tales from members, magazine contributors and blogging friends who love to explore the UK through the Club.

Discover the UK on the road