Campervanning in the Yorkshire Dales

Jonathan Manning is enchanted by spectacular scenery, wonderful walks and fascinating attractions during a seven-site tour of North Yorkshire 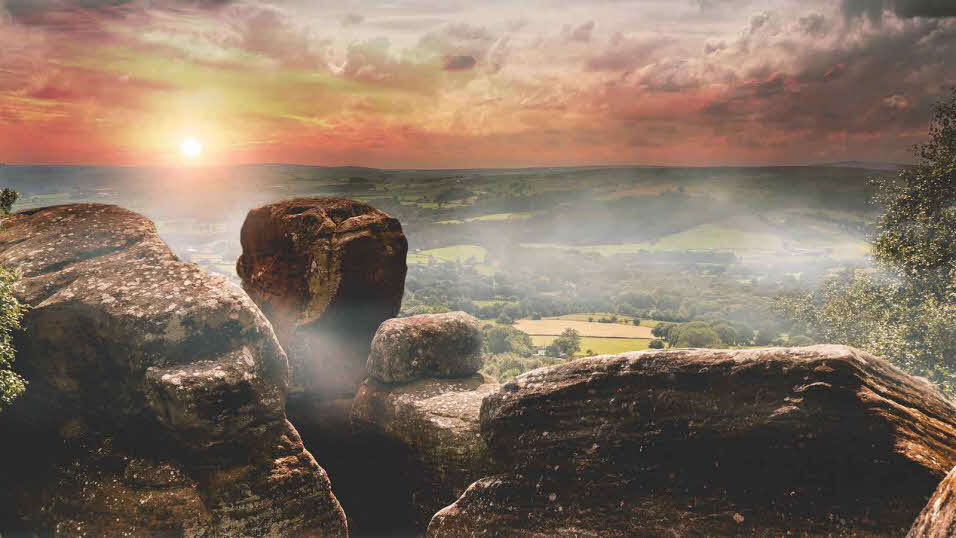 An ancient stone arch over the B6160 is both a physical and symbolic gateway to Bolton Abbey and the Yorkshire Dales beyond. The width of the arch prompts even the boldest caravanner or motorhomer to slow down and proceed gently, which seems an entirely appropriate frame of mind in which to explore this beautiful national park.

The 18th-century arch is a legacy of the Bolton Abbey Estate, home to a wealthy Augustinian priory until 1539. The ruins of the priory that tower over the River Wharfe are wonderfully photogenic, so these days pictures – rather than prayers – are more prevalent. A long line of stepping stones through the peaty water creates countless selfie opportunities, and on a sweltering bank holiday gaggles of bare-footed children are followed across the river by reluctant parents. 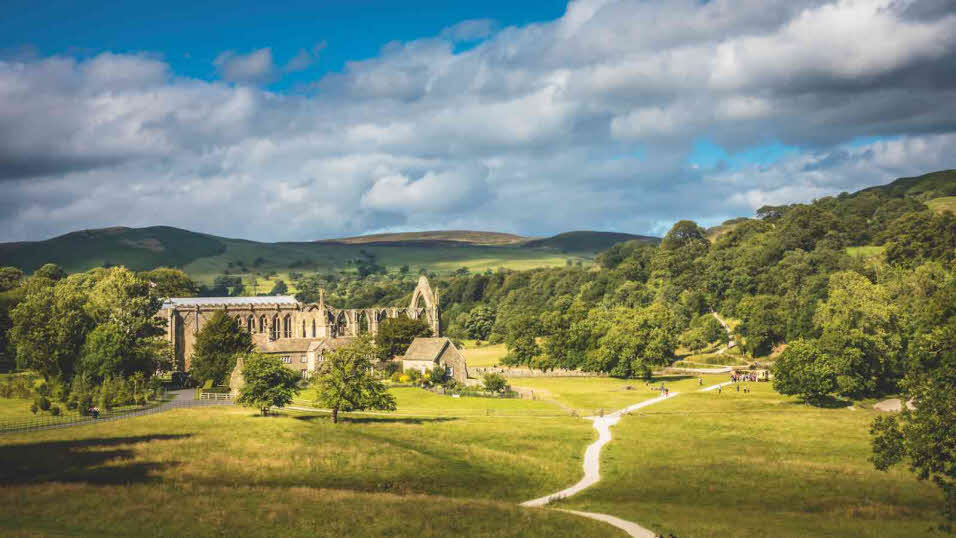 There’s a flat-rate £10 fee to park in Bolton Abbey, which seems steep until it becomes clear that the majority of visitors intend to have a full day out. Barbecues smoulder by the river, picnic blankets are cast across the meadow, and an impressive 80 miles of footpaths – including the popular ‘Welly Walk’ for children – meander through the 30,000-acre estate.

Members staying at Bolton Abbey Club Site can join the fun and avoid the parking fee with a stroll through Strid Wood and along the river. The site itself is blissfully quiet, the resident ducks snoozing in dappled shade as campers bask in the sunshine.

Nearby Grassington is something of a tourist  hub, with cafés and pubs clustered around  an achingly-pretty village centre, where the Folk Museum provides a glimpse into ordinary lives over the centuries.

Just a mile or two up the Wharfe is Wharfedale Club site which is flanked by a drystone wall with hills beyond. It’s another peaceful site, with a choir of birdsong at daybreak and the haunting hoots of owls at night. 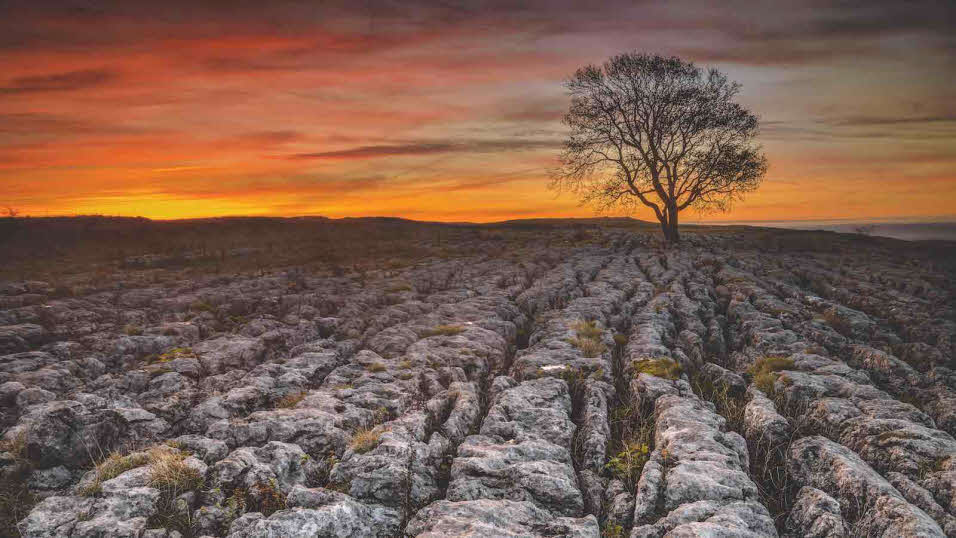 I leave the Wharfe behind for a short drive west to Malham Cove, where a vast curtain of limestone creates a spectacular natural amphitheatre. There’s a broad, easy track to the foot of the cliff, where  a steep, stepped path leads to the most extraordinary landscape of limestone pavement, as wrinkled and pitted as elephant hide. Pressing on, the gentle ripples of Malham Tarn create a third eye-catching view in one fabulous walk.

The following day I start a lumpy drive eastwards, rising and falling over the tightly-clustered contours, to Firtree Certificated Location. It’s a small site that’s big on comfort, with fully serviced pitches, a toilet and even a holiday cottage.

The site has gorgeous views across the Vale of York to Sutton Bank and the Kilburn White Horse on the edge of the North York Moors National Park.

There are plenty of walks directly from the site, including to the dramatic outcrops at Brimham Rocks, where wind-sculpted gritstone boulders appear to balance on top of each other. Many of the formations have names, such as ‘Cannon’, ‘Anvil’ and ‘Dancing Bear’.

A more cultured day out lies on the far side of Firtree, at Fountains Abbey and Studley Royal Water Garden, a UNESCO World Heritage Site owned by the National Trust.

A spectacular set of ruins hunkers by the River Skell amid dense, ancient woodland. No doubt the proximity to water and firewood proved attractive to the Cistercian monks who lived here from the 12th century. 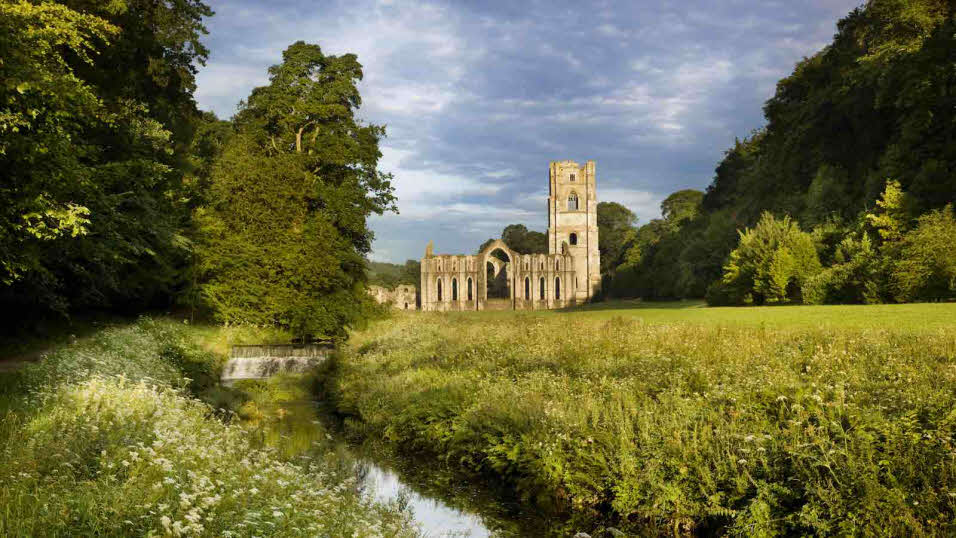 Even in its ruined state the architecture is exquisite, particularly the multi-arched ceiling of the cloisters. Beyond the masonry there are heavenly walks through the estate to the landscaped 18th-century water gardens of Studley. This is another destination that deserves a full day, with paths fanning out past statues and mini-waterfalls into the deer park. I’m so reluctant to leave that I end up having to race back to my car to beat the 6.30pm curfew!

The Club site at Lower Wensleydale, within walking distance of the market town of Leyburn, is tucked into an old quarry, which gives it a deliciously quirky layout. The restored arches of former lime kilns can even be found on the lower level.

I fail to spot the resident peacock, but catch sight of a red kite gliding overhead, and enjoy the olde worlde character of The Pheasant pub just beyond the gates.

There appear to be few children staying during my visit, which is a surprise given the site’s proximity to The Forbidden Corner,  a bizarre and rather magical theme park. It’s a folly on a massive scale, with a maze of tunnels, secret doors and walk-in sculptures. Frankly, The Forbidden Corner is brilliant and to say any more would require spoiler alerts. 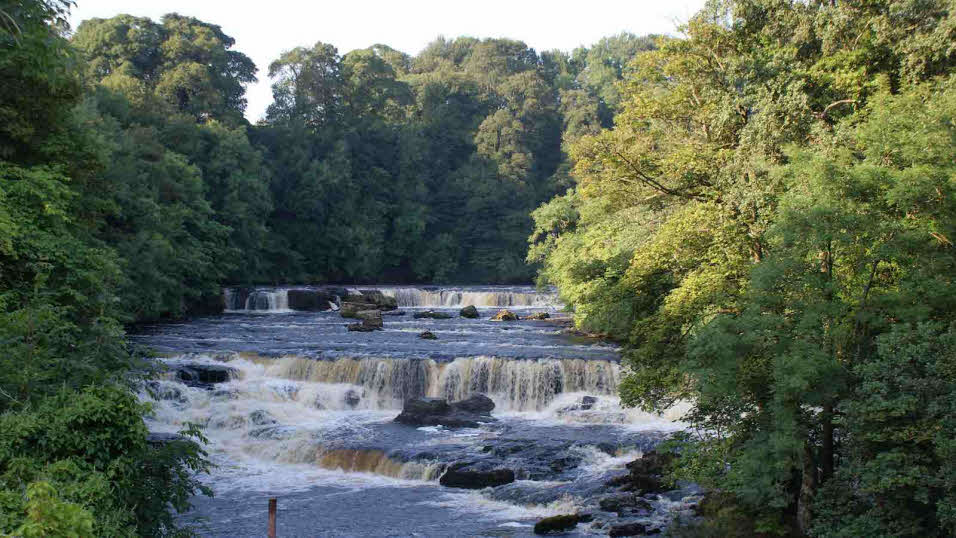 For a calmer time I follow the River Ure to Hawes, stopping off to admire the series of three thunderous waterfalls at Aysgarth, before continuing to the Wensleydale Creamery. There’s a viewing gallery from which you can watch the cheese being made (although you may want to take clothes pegs for your nose!)

Hawes is the start point for a magnificent (and tough) walk over the top of Great Shunner Fell, one of the highest peaks in the Dales. The route follows the Pennine Way, and on a clear day the summit views stretch to the Lake District and Isle of Man, although the robust stone shelter at the top suggests there’s no guarantee of a clear day. The descent tumbles into Muker, a pretty village where The Farmers Arms looms like an oasis for weary walkers. 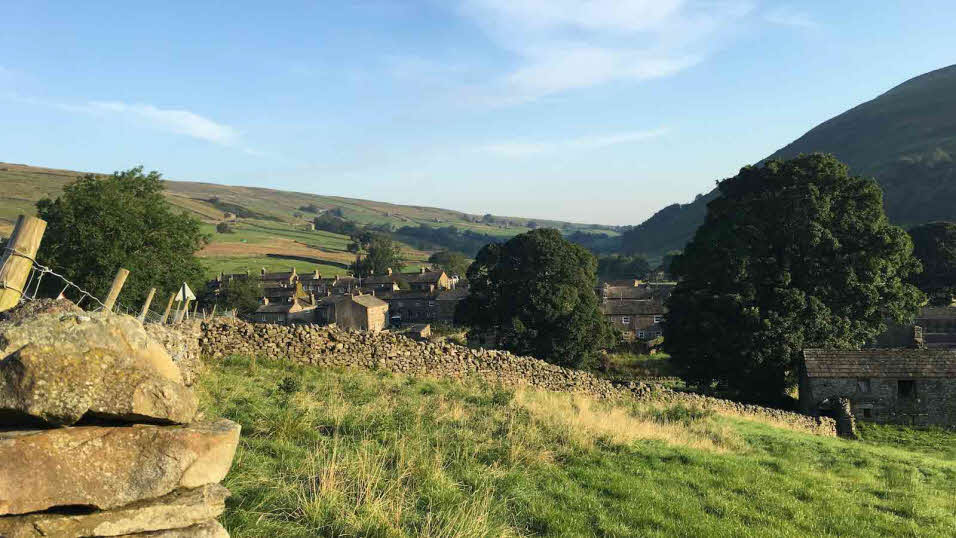 Muker sits in Upper Swaledale, from where it’s a breathtaking drive to my next destination -  the characterful Fearby Grange CL, a paddock with divine views over the Nidderdale Area of Outstanding Natural Beauty.

It is a 1.5 mile walk from the site to Masham, a handsome market town with an appealing array of art shops in which to potter.  I opt for the Black Sheep visitor centre, intrigued by the story of how a member of the Theakston clan became the ‘black sheep’ by setting up his own brewery.

The next day, I point the bonnet north to Richmond Hargill House Club site, located less than five minutes from Scotch Corner on the A1(M). Three tiers of the immaculately-kept site deliver captivating views to the south, albeit with a slight rumble of traffic from the A66. 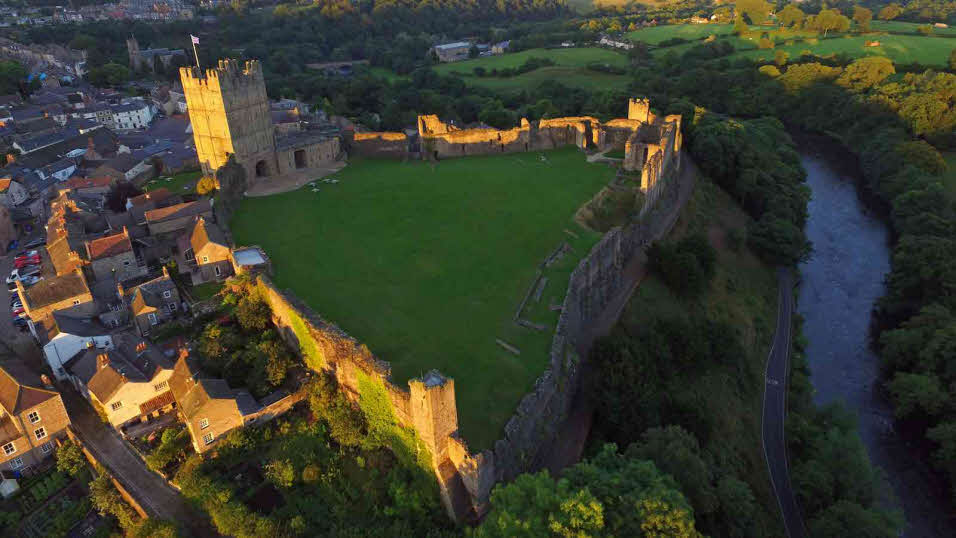 Durham and Newcastle are less than an hour’s drive, but I head to Richmond, just  a couple of miles away, which turns out to be gorgeous. Its Castle Walk carries the ghosts of Georgian promenades, with captivating views down to the Swale and up to the ruined battlements. The Green Howards Museum on the Market Place proves to be an unexpected delight, recounting the 300-year history of the former infantry regiment.

Leaving Richmond, my tour crosses to the east of the A1(M), where Spring Thyme CL has five flat pitches, all with electric hook-ups. A couple of donkeys graze in the neighbouring field, with chickens scuttling between them.

The Yorkshire Dales really does have it all – stunning landscapes, fabulous attractions and even its own fine beers.