A tour of the Cotswolds 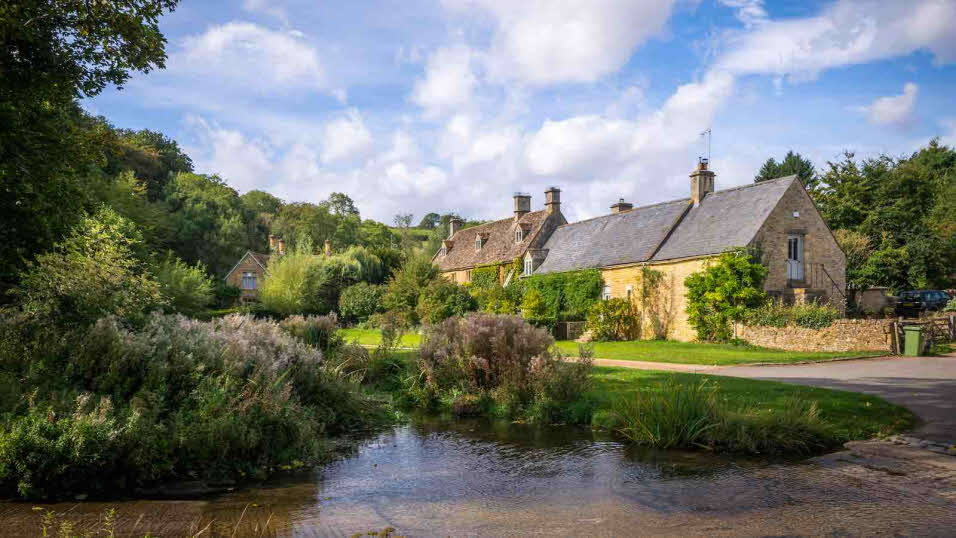 To be climbing down into the bowels of a nuclear bunker was not quite what I was expecting from a visit to the postcard-pretty Cotswolds – but finding the unexpected is always more fun than following a set plan.

It turned out to be one of the more unusual highlights of a glorious tour of this scenic region, starting from Tewkesbury Abbey Club site. Walk out through the gates and you have a perfect view across the water meadows to the abbey itself, with its graceful arches and one of the finest Norman towers in golden stone, rising above the weeping willows along the riverside. 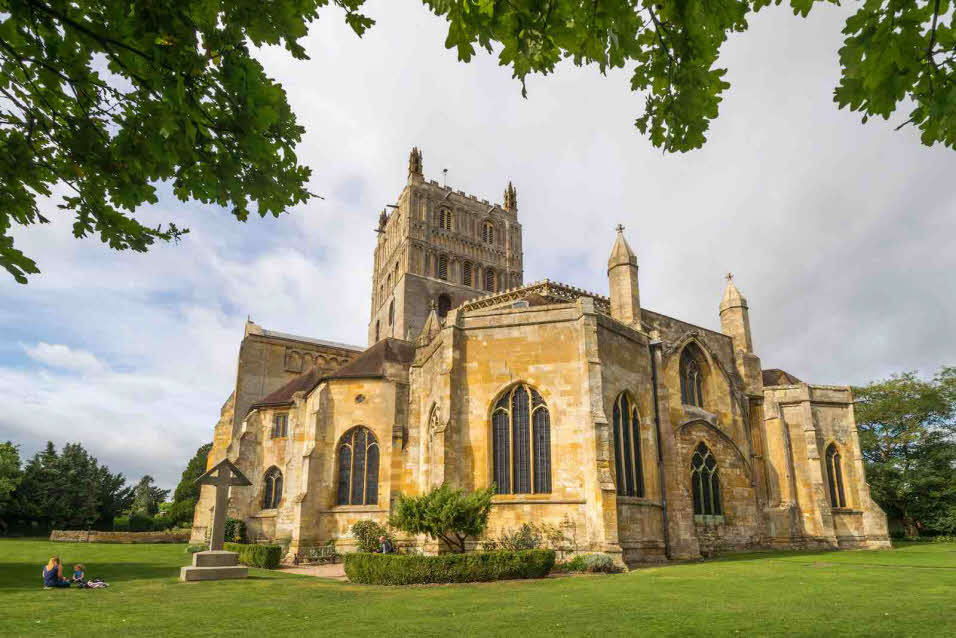 It is just a five minute walk into town where you will find the John Moore Museum – containing an extensive natural history collection – and the Merchant’s House, which offers a fascinating insight into life during Tudor times. A ticket gives you access to both properties as well as the Old Baptist Church across the street.

We also found time to enjoy a scenic boat tour before heading north-east to Rails End Nursery CL where we were delighted to find a spacious pitch surrounded by hedgerows adjacent to the family-run nursery. It is also an excellent base for exploring the attractive market town of Evesham as the bus stops a few minutes’ walk away. 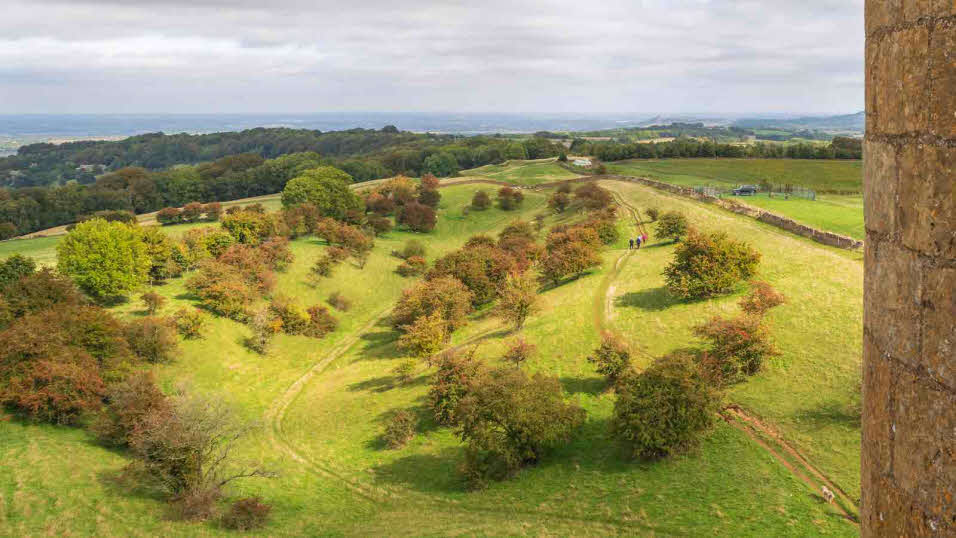 The view from the top of Broadway Tower

Our next stop was Broadway Club site, the base for our aforementioned underground adventure. The nuclear bunker – one of a huge number built during the Cold War - lies on the Broadway Tower estate, less than a 15-minute drive from the site. Climbing down a vertical ladder, we entered a cramped room where, had there been a nuclear attack, a small team would have lived, isolated from the world, sending information to a headquarters.

That claustrophobic hole provided a dramatic contrast to the immense views we were rewarded with afterwards, when we climbed to the top of Broadway Tower. Dating from 1798, this impressive 65ft edifice contains exhibitions dedicated to the likes of Arts and Crafts pioneer William Morris and the Royal Observer Corps. 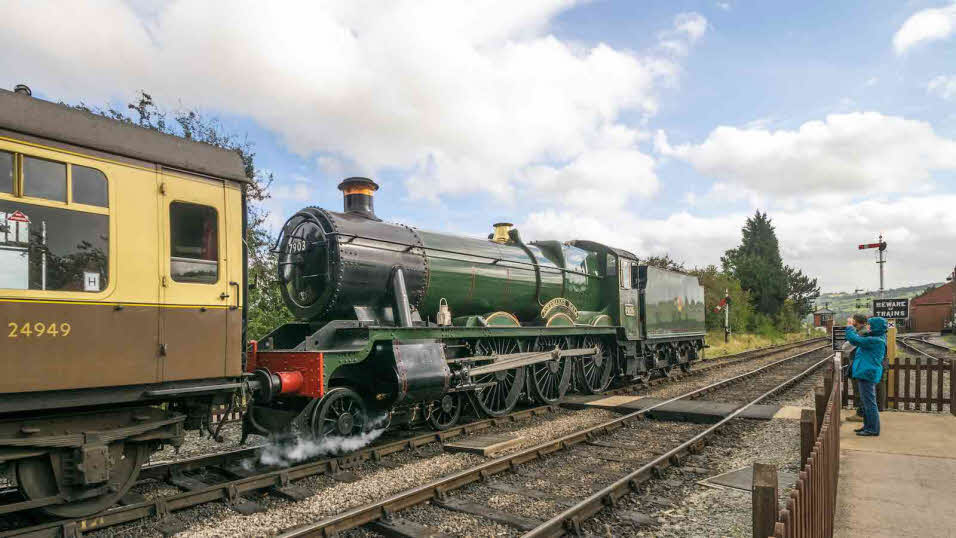 The Broadway Club site sits adjacent to the Gloucestershire Warwickshire Steam Railway, and it is only a two-minute walk to Broadway station, which reopened in March last year. Our trip down to Cheltenham was glorious, taking us through some of the loveliest scenery in the Cotswolds.

Pinnock Wood Farm CL is also well situated for the railway, being within easy reach of Toddington station. Here you will find a tea room, museum and have-a-go signal box as well as a fantastic narrow-gauge train line which runs for three-quarters of a mile.

Moving eastwards, we spent a lovely few hours at Batsford Arboretum, a magical botanical garden created in the late 1800s which is full of different hues and scents throughout the year

Heading westwards once again, we stayed for a few days at the Bourton-on-the-Water Club site which is in an area of Outstanding Natural Beauty. It turned out to be the perfect base for an ‘historic’ day, during which we explored the Roman Villa at Chedworth and Sudeley Castle with its rich Tudor history, before heading further back in time at Belas Knap Long Barrow. The Neolithic burial mound is a fascinating piece of prehistoric engineering and, standing in one of the numerous side chambers, we felt an eerie connection with the past.

Bourton-on-the-Water itself is ripe for exploration (an alternative base is Westward Ho CL, about three miles south of town). The enchanting Model Village, opened on the coronation day of King George VI in 1937 is a one-ninth-scale replica of Bourton-on-the-Water, built from traditional Cotswold stone – it even boasts a model of the model village!

Another delightful day out can be enjoyed at Cotswold Farm Park (a 15-minute-drive from the site), which has been home to a variety of rare farm breeds for half a century. The brainchild of Joe Henson, founder of the Rare Breeds Survival Trust, it is now fronted by his son, television personality Adam Henson. 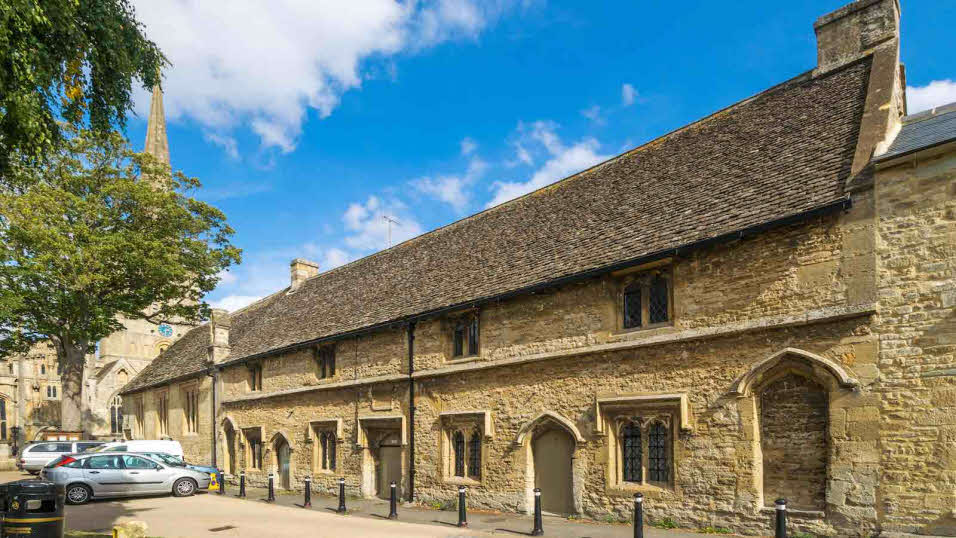 Burford is full of historic buildings including the wonderful almshouses

We finished our Cotswolds tour at Burford Club site, a couple of miles south of the town. First mentioned in the Domesday Book of 1086, the town is full of beautiful historic buildings including a wonderful row of almshouses and the oldest chemist in the country.

Directly opposite the site is the Cotswold Wildlife Park & Gardens which covers 120 acres and is home to 260 species of exotic birds and animals.

During our journey through the Cotswolds, we had made surprising discoveries, seen fabulous wildlife, been transported by beautiful steam trains and explored extraordinary historical structures. Add some of England’s most charming countryside to the mix and you have a holiday that will live long in the memory.