A tour of the Cotswolds and West Midlands

If you do want to escape the demands of modern life then where better than the peaceful heart of this green and pleasant land? Jane McGowan unwinds on a seven-site tour of the Cotswolds and West Midlands. 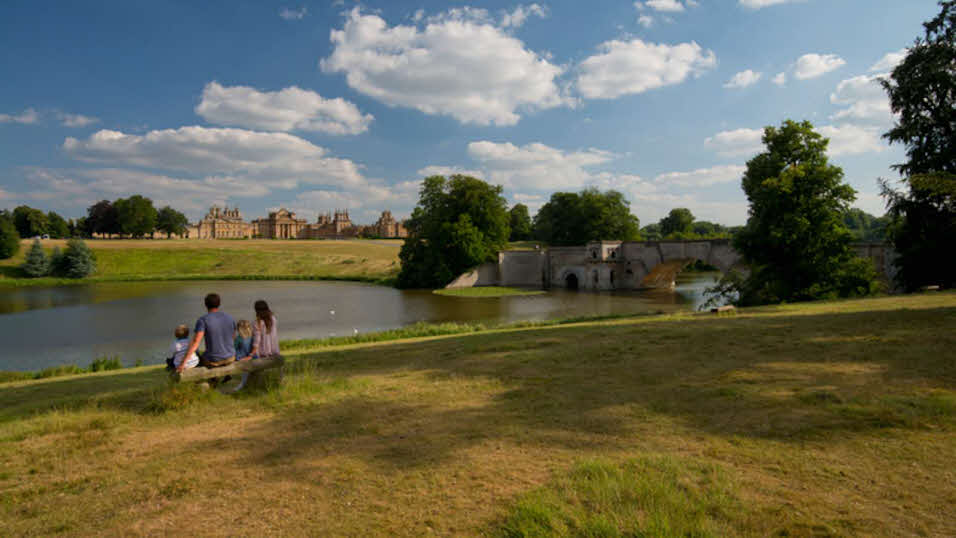 Sometimes it can be hard to switch off from the demands of modern life but if you do want to escape the constant chatter of work emails or social media then where better than the peaceful heart of this green and pleasant land?

My mini tour began 60 miles from the hustle and bustle of London, at Bladon Chains Club site, which sits within the folds of the splendid Blenheim Estate. If you’re looking to stay somewhere that evokes this nation’s past glories, the pitches here are a short distance from Blenheim Palace itself, the ancestral home of Sir Winston Churchill.

Just over the wall from the palace grounds and offering views of the parkland and resident sheep, Bladon Chains is conveniently situated for a trip to Oxford (buses run from the site entrance) or the historic town of Woodstock (20 minutes’ walk away). 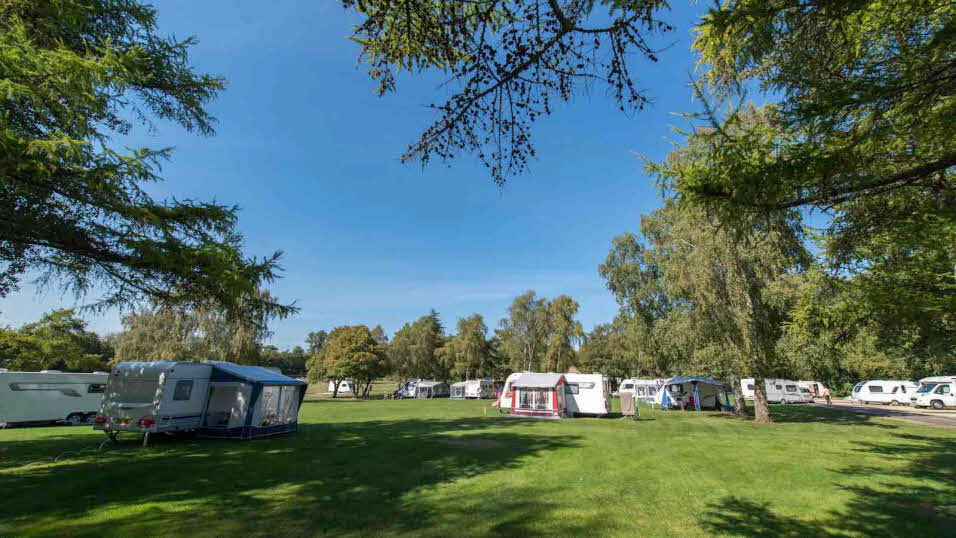 But a nose around the palace is a must, and it’s worth finding out the various discounts that are available to Club members. Built in the early 18th century, Blenheim is the only ‘non-royal’ country house in England to bear the name ‘palace’. The 2,000-acre estate hosts plenty of wonderful events throughout the year, including a triathlon (30-31 May), the Nocturne Live concerts (18-21 June) and a flower show (26-28 June) in 2020, although the main attraction is its status as the birthplace of Sir Winston. A permanent exhibition is dedicated to the life of the leader who guided Britain and her allies to victory in the Second World War, while an easy walk from the Club site is St Martin’s Church in Bladon, where Churchill is buried along with his wife Clemmie.

If you’d like to delve deeper into the rural beauty of this area, the Club has a number of Certificated Locations that offer the chance to really get back to nature. Twenty miles west of Bladon Chains is Lucy’s Field, which sits within the Cotswolds Area of Outstanding Natural Beauty near Great Rissington. It features marvellous views and well-spaced pitches while you can take in some fine walks or visit Bourton-on-the-Water, a quintessentially English village that is regularly ranked as one of the country’s prettiest. 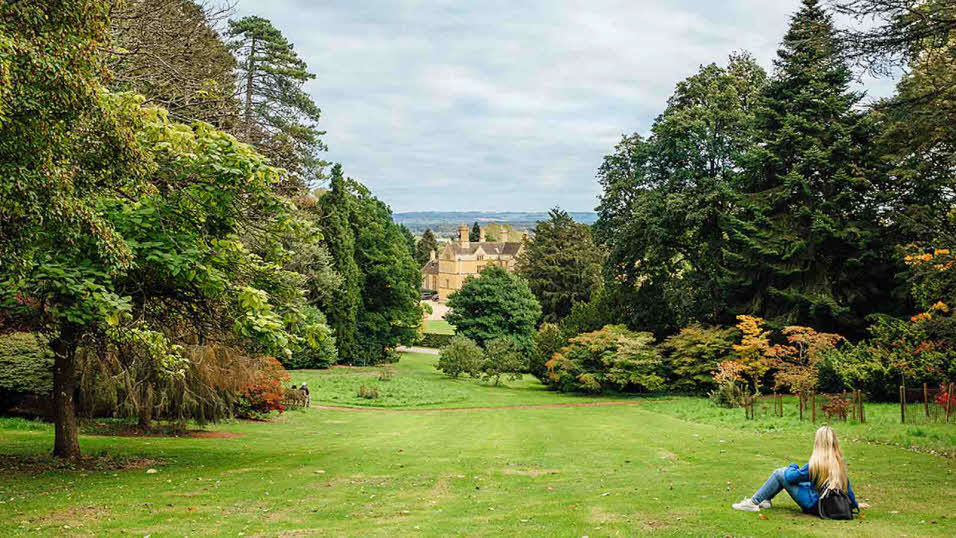 Ten miles north is Moreton-in-Marsh Club site, which is ideal for families, boasting not only a family washroom, playground and play area, but also a mini-golf course. Moreton-in-Marsh itself is home to a famously vibrant market that takes place every Tuesday and has a wealth of cafes, restaurants and more than its fair share of pubs. Most of the establishments are within easy walking distance of the Club site.

To explore the area we decided to hop on our bikes. The site is surrounded by excellent cycle routes, many of which start or finish in the town. We opted for Route 1 – a 30-mile trail that begins on Chipping Camden’s High Street, where you can also hire bikes.

Continuing on a northward trajectory for 40 minutes or so brings you to Goldicote Caravan Park, a CL situated just off the A422 (near Stratford-upon-Avon) on a working farm. There are some lovely walks on offer from the park, but as you are in such close proximity to the birthplace of another great Briton – William Shakespeare – it would be a shame not to visit the town so closely associated with our most lauded playwright. 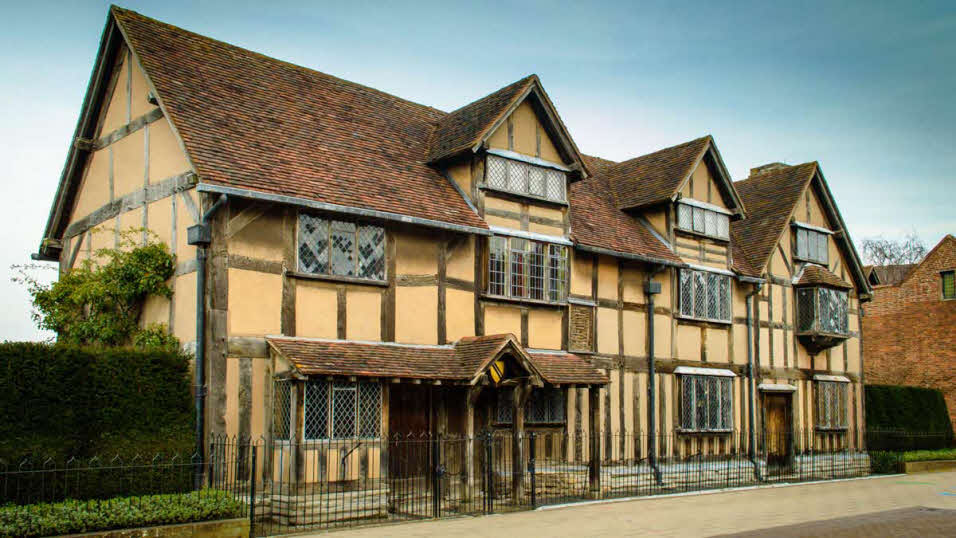 Productions in Stratford by the Royal Shakespeare Company sell out very quickly, especially in the summer months, so plan ahead. If it’s your initial visit, look out for ‘First Time Fridays’, with tickets starting from £10, while the Great Savings Guide offers 20% off the Full Story Ticket, which enables you to visit Shakespeare’s Birthplace and other notable properties, including Anne Hathaway’s Cottage, Shakespeare’s New Place, Mary Arden’s Farm and Hall’s Croft.

With our theatrical thirst well and truly sated, it was time to head for Malvern Hills Club Site in Worcestershire where the hills provide a spectacular backdrop as you wander around the site. Walkers will love the Elgar Route, which starts at the birthplace of one of England’s greatest composers, taking in many of the views that inspired him, as well as the dwellings where much of his wonderful music was composed. 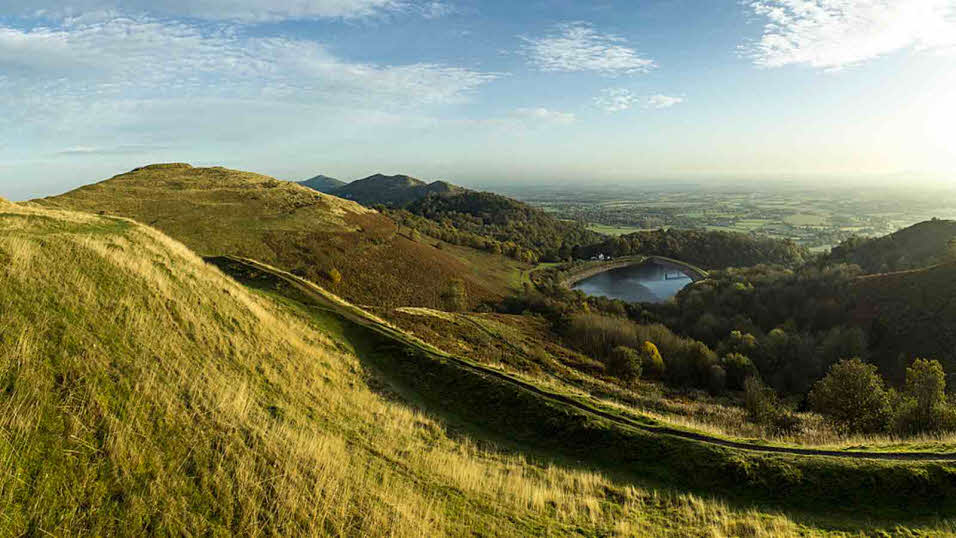 A 25-minute drive from the Club site (or there is an hourly bus service that departs from outside the gate) is the city of Worcester. Again we find ourselves in a town that highlights Britain’s heritage – and this time the star is Royal Worcester, one of the most famous purveyors of porcelain. You can learn about the history and processes involved in its production at the Museum of Royal Worcester, also the starting point for the city’s Heritage Walk, which takes in the Cathedral, the Infirmary and Friar Street – where a range of lovely cafes sits within well-preserved Tudor buildings.

We chose Stanmore Hall Affiliated site as the final – and most northerly – stop on our mini tour. The large, level field boasts far-reaching views and offers access to some wonderful walks, perhaps taking in Trimpley Reservoir and the Harbour Inn at nearby Arley. The stand-out feature of the site is the lovely two-acre lake just beyond reception. 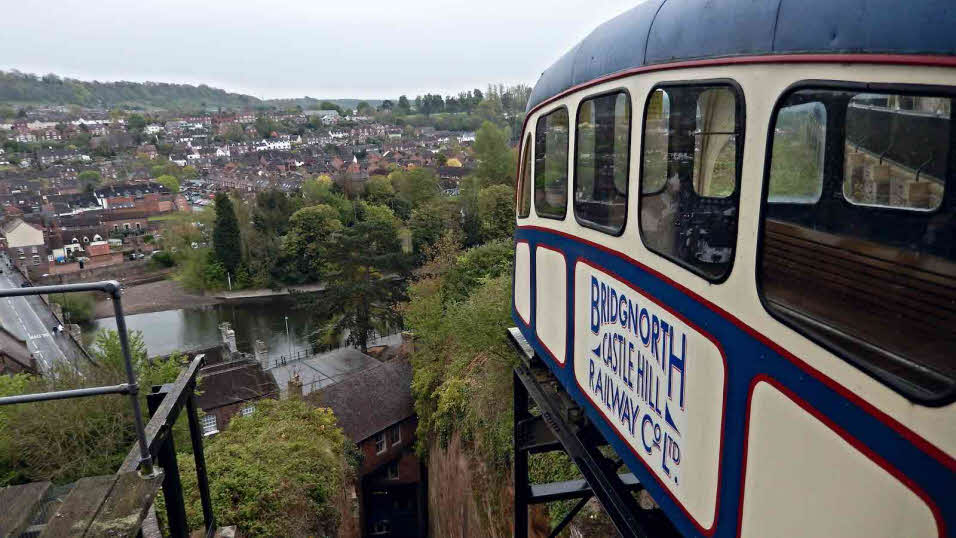 The Cliff Railway in Bridgnorth

The site is a good base to visit Bridgnorth which at the heart of the Severn Valley and boasts wonderful views as well as an array of historically important buildings. The two-tier town is also home to the Cliff Railway – a 201ft-long funicular that stretches 111ft from the Bottom Station to the Top Station, near the castle.

You cannot visit this area without travelling on the Severn Valley Railway (SVR) – a line running between Bridgnorth and Kidderminster that takes in some outstanding scenery. Alas, we had come to the end of the line on our tour, but whatever your passion – whether it’s Shakespeare or steam – you will find plenty to make you smile on your trip through the heart of England.