A picture perfect tour of the North-West

Alison and Elizabeth Fowler enjoy a varied seven-site tour of the North-West of England which features the beauty of the Lake District, attractive coastal towns and the bright lights of Blackpool 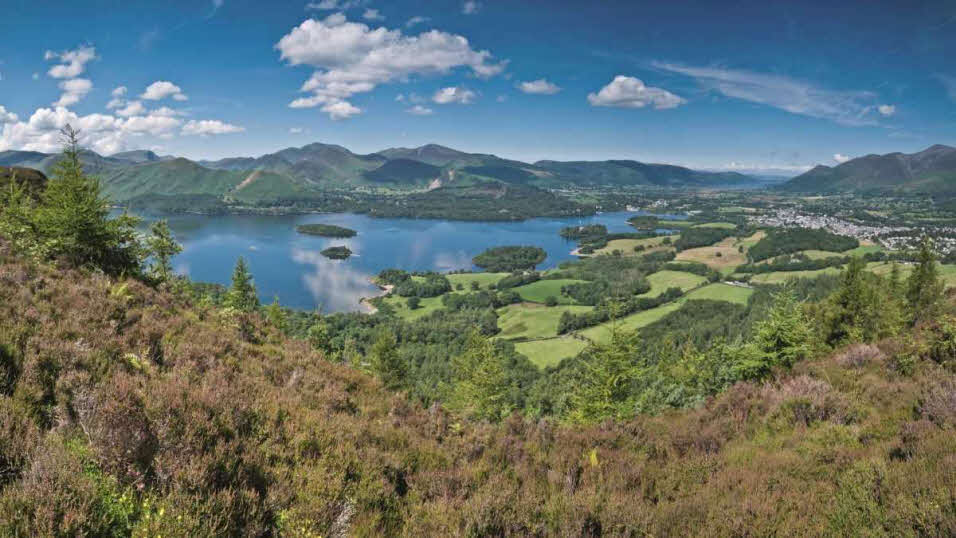 The North-West of England is an area of immense diversity, offering an abundance of magical places to visit. It has breath-taking countryside, delightful coastline, exciting cities and picturesque villages, and contains a National Park (the Lake District) as well as no fewer than three Areas of Outstanding Natural Beauty (Arnside and Silverdale, the Solway Coast and the spectacular Forest of Bowland).

We began our trip in the Lakes, where the wild beauty has long attracted artists, writers and poets. Home to many of England’s largest lakes and tarns, 10 of its highest mountains and four ancient forests, there are even sandy beaches, one of which was only 100m from our first stopping point – Old Kiln Farm, near the seaside village of Allonby. The views from this Certificated Location include not only the Irish Sea but Skiddaw mountain and the Scottish hills.

After breakfast we took the coast road to the Victorian seaside resort of Silloth, known for its superb sunsets which were much admired by JMW Turner. We spent a lovely couple of hours wandering the elegant, tree-lined streets, seafront green and splendid three-mile promenade.

Our next site was to the south, near Lamplugh, which meant driving through Maryport, so we stopped off at the town’s harbour-based Maritime Museum. Although small, it is packed full of fascinating exhibits charting the town’s proud seafaring heritage.

We arrived at Dockray Meadow to find a tranquil site, nestled among hills and trees and only half a mile from the old reservoir at Cogra Moss, now popular with anglers. We walked to the waterside before supper to take in the views of the fells, which loom imposingly over the surface. 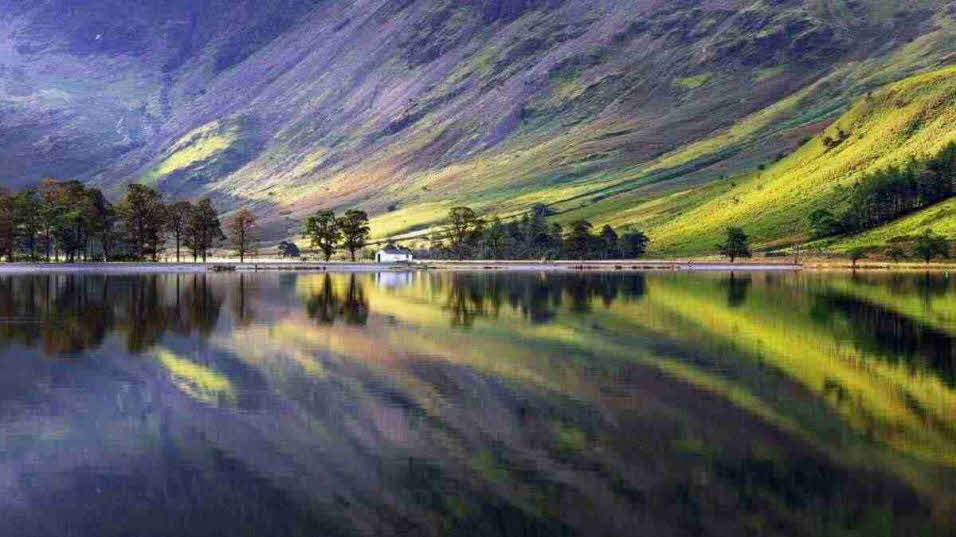 In the morning we made for the exceptionally beautiful Ennerdale Water; the most westerly of the lakes and the most remote. We allowed ourselves a few hours to walk the seven-mile footpath that circumnavigates the lake – it is a fabulous route but the going gets a little rocky in the area below Angler’s Crag.

Continuing the water-based theme, we drove east to Buttermere so we could take in the impressive Scale Force falls. Tucked away in a deep, tree-lined gorge, Scale Force is the tallest waterfall in the Lake District, with three separate sections. It is a two-and-a-half-mile round trip from Buttermere on fairly easy paths, but it can be wet underfoot.

From there it was a relatively quick jaunt to the Borrowdale Club Site, which is set in National Trust woodland, just a short walk from Derwentwater and only about five miles from the pretty market town of Keswick. 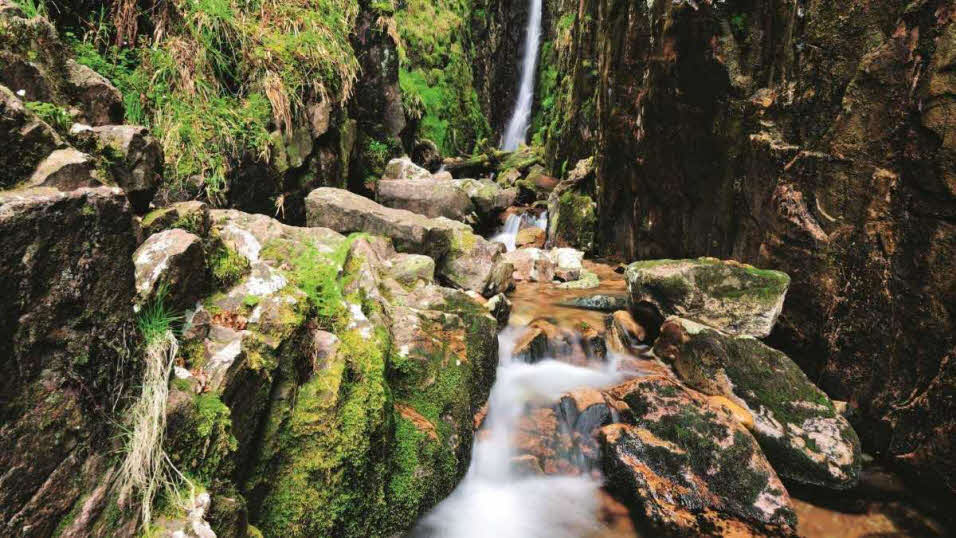 Fancying something a little different, we booked a course at the Glaramara outdoor adventure centre. With commanding views of the Borrowdale fells, Glaramara offers a huge range of options including abseiling, archery, caving, climbing, ghyll scrambling (gorge walking) and rafting – but we opted for coracle building. We had no idea what we were doing it was a lot of fun and at the end we even got to test our vessel in the River Derwent (and got a bit damp!).

Our afternoon destination was the 17th-century Mirehouse, close to the shores of Bassenthwaite Lake, where you can find numerous attractive paths through gardens and woodland. From Mirehouse it is a quick drive to Dodd Wood’s osprey viewpoints where we were lucky enough to see the magnificent birds soar above the lake and demonstrate their astonishing fishing prowess.

Our itinerary meant heading southwards once again, as we were booked into the quiet Thursland Hill Fisheries Certificated Location, south of Lancaster. We packed a picnic and journeyed right through the Lake District – past Helvellyn, through Grasmere, Rydal and Ambleside, skirting Windermere, and finally Sizergh Castle.

From Thursland Hill we visited Crook O’Lune, a picnic spot on the north-western tip of the Bowland Fells, where the River Lune cuts an enormous arc through the landscape – it’s a view which Turner captured in 1816. Having relaxed awhile, it was off to Lancaster for a canal trip with Kingfisher Cruises aboard a traditional barge. 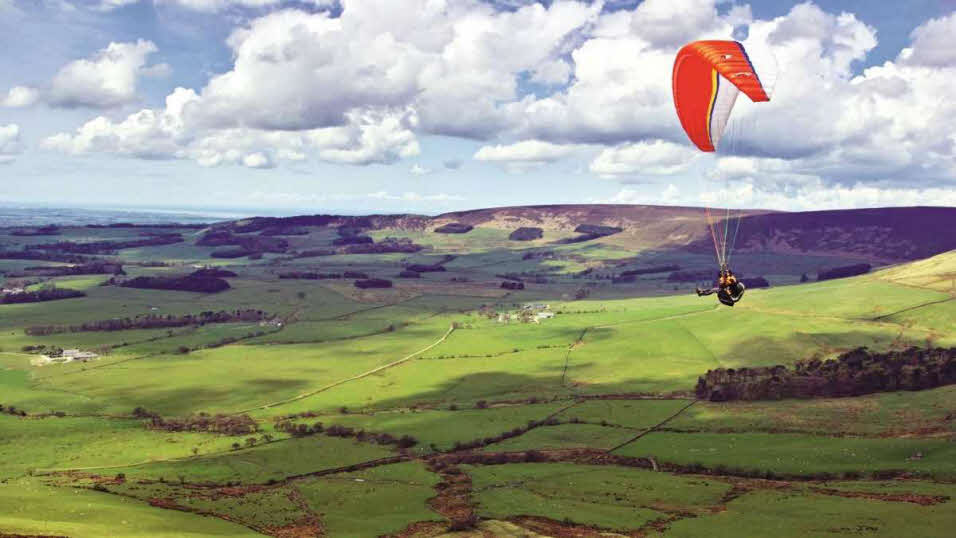 The next day we drove into the heart of the Forest of Bowland. We followed the Trough of Bowland – a magical road featuring wild expanses of open moorland, steep-sided cloughs and wooded valleys – on our way to Dunsop Bridge, a charming village that was long thought to be the geographical centre of Britain (before modern GPS systems revealed that the point actually lay in nearby Whitendale).

Leaving Thursland Hill we travelled south-west to our fifth stop, on the outskirts of the village of Pilling. The Greenacres Caravan Site CL is a rural site surrounded by farmland and within easy reach of the coast.

Blessed with another sunny day, we made straight for the Victorian seaside resort of Fleetwood, where we strolled along the marvellous promenade, lazed in the landscaped Marine Hall Gardens and explored the famous market.

From Fleetwood we took the traditional Blackpool Tramway nine miles down the Fylde coast to the eponymous Lancashire resort. The line was constructed in 1885, making it one of the oldest electric tramways in the world – fortunately the new coaches are rather more comfortable than the old bone-shakers! 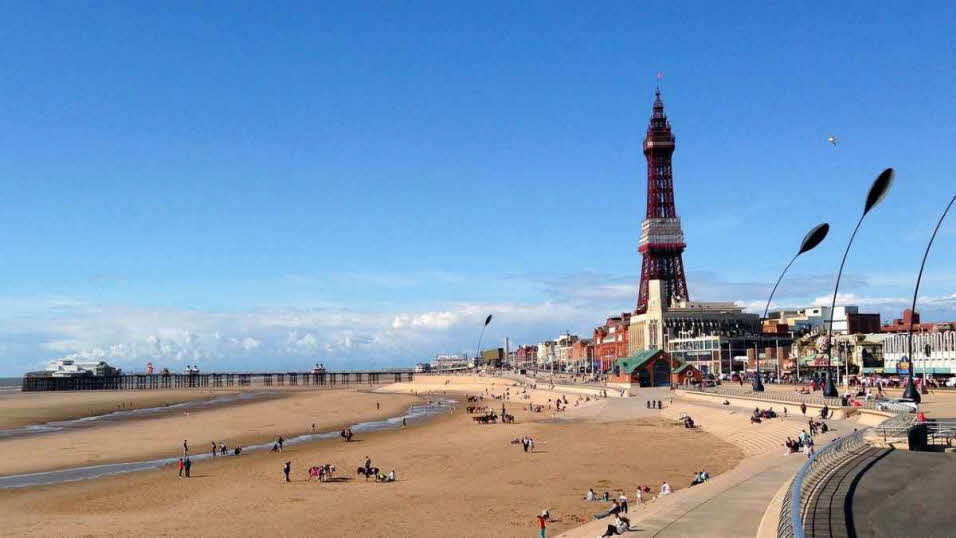 The famous Blackpool Tower is a 'must-visit' attraction

We headed for the ‘Eye’ at the top of Blackpool Tower, from where the panoramic views over the town and out across the Irish Sea are spectacular. We braved the glass floor too, through which you can watch tiny people on the crowded streets below.

In the morning we drove to Burrs Country Park Club Site, which nestles in a bend on the River Irwell and is just a few minutes’ stroll from East Lancashire Railway's newest station where you can enjoy trips aboard a classic steam train to the likes of Bury, Ramsbottom and Rawtenstall (see our Great Savings Guide for a discount).

The remarkable Irwell Sculpture Trail passes through the park, and some artworks can be seen just a short walk from the pitches. The trail is 30 miles long in total, stretching from Salford Quays to the Irwell’s source on the Pennine Moors. We followed it into Bury to explore the famous market’s 370-plus stalls.

After lunch we headed for Bolton, a town with a rich heritage due to its association with the textile industry. Much of the architecture resulted from wealth created during the industrial revolution, and you will find many listed buildings – 65 in the town centre alone!

The next morning we went south again to our final stopover at Royal Vale Affiliated Site near Allostock. This is a newly-developed site set in a landscaped park surrounded by verdant Cheshire countryside. 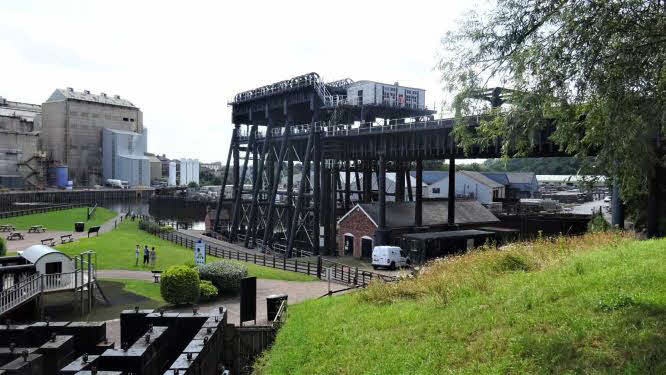 The area is a mecca for lovers of historic houses and gardens but we were looking for something a little different, opting for a trip to the Anderton Boat Lift. This ingenious piece of machinery was designed to raise boats and barges 50ft from the River Weaver onto the Trent and Mersey Canal. We booked one of the ‘behind the scenes tours’ which takes you onto the aqueduct, into the control room, and finally out onto the top of the lift – it’s not for you if you are afraid of heights!

After lunch we set off for Nether Alderley for a guided tour of the old corn mill, which was constructed in the 16th century. Now carefully restored, its historical flour-grinding service continues anew, and visitors can purchase a bag of the mill’s own, stoneground wholemeal flour to take home.

Sadly, that was where we were headed next. Our tour of North-West England had been a busy one. We saw beautiful lakes and lofty fells, bustling seaside towns and desolate moorland, fascinating museums, wonderful wildlife and incredible architecture. We felt as though we had only scratched the surface of all that this area has to offer and are eager to return.