The best of the West and Wales

Jonathan Manning hugs the coastline of the Bristol Channel on a seven-site tour which samples the very best of North Somerset and the Gower Peninsula, including magnificent beaches, wild moorland and historic castles. 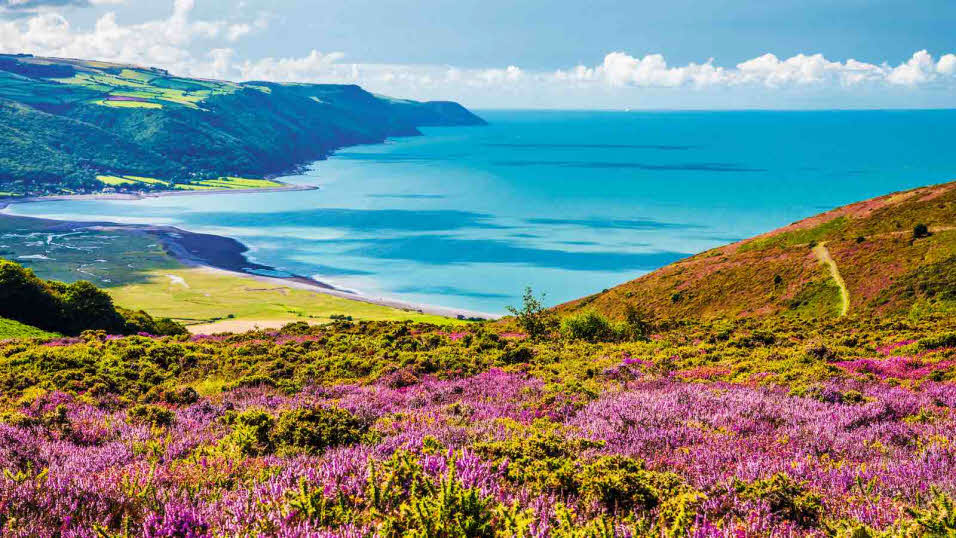 Daybreak, day one, and with keener eyes and better weather I would be able to see the final destination of this tour around the Bristol Channel. As the gull flies, it’s barely 40 miles across the brine to the Gower Peninsula in south Wales, but by road it’s 150 miles from my current vantage point. That is Selworthy Beacon, high on Exmoor and a thigh-burning climb from Minehead.

Out across the channel all I can see are grey waves, grey sky and a drab, grey coastline. Inland, Exmoor tumbles away in a cascade of contours. Thick-coated ponies snort steam into the dawn air as they graze. It’s tempting to head away from the sea towards the warmth and comfort of villages but there’s a centrifugal force to this tour that will keep pushing me out to the coastline and the tidal waters of the River Severn.

I follow the path downhill, through gorse and woodland, until I reach Minehead’s attractive Higher Town. Narrow streets with characterful houses cling to the slope. Eventually, I reach the sea wall and pass a striking metal statue of a pair of hands holding a map which marks the start of the South West Coast Path. The trail hugs the coast for 630 miles, from here in Somerset all the way around the tip of Cornwall to Poole Harbour in Dorset. My journey, however, takes me east.

Minehead Club site is pretty and private, its pockets of pitches spread between trees. There’s no circuit road here, which adds to the calm in the cul-de-sacs. There is a mesmerising array of local attractions and events to enjoy close to the site. In October Exmoor hosts a three-week Dark Skies Festival for stargazers, while during the daytime walkers can explore the national park, with highlights including the stone slab river crossing of Tarr Steps or the high point of Dunkery Beacon.

For campers who would rather let the train take the strain, the steam engines of the West Somerset Railway huff and puff their way for 20 miles down the longest heritage line in Britain, from Minehead to Bishops Lydeard. The first stop is Dunster station, from which a 20-minute uphill stroll leads to the gorgeous medieval village of Dunster. An ancient, open-sided ‘yarn market’ marks the start of a high street, where a film set-worthy array of shops, tea rooms and pubs line the wayside. 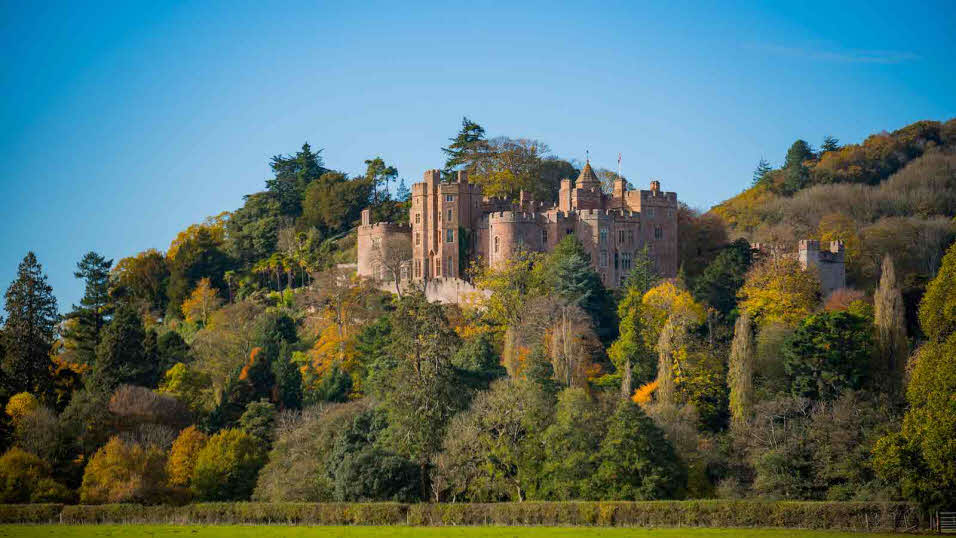 At the top of the high street a road leads into the grounds of Dunster Castle, a magnificent National Trust property perched above broadleaf woodland. The views of the castle are splendid, while the panorama from inside looking out across the parkland to the coast is even more spectacular.

My next stop is Langlands Farm, a new Certificated Location (CL) that opened last September. Owner Geoffrey Barnett has been caravanning for more than 30 years and knows exactly what tourers want; a long, wide driveway to let new arrivals get off the road immediately, electric hook-ups, fresh water, grey water and waste disposal. 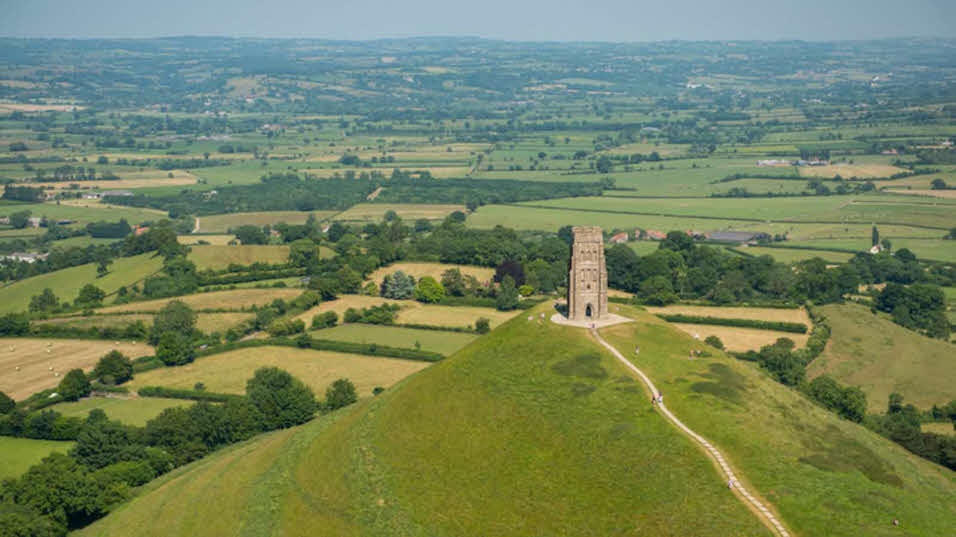 From the site you can see Glastonbury Tor in the distance. There are 301 well-made steps to the top and from the summit it’s easy to see why so many people make the effort to scale them – the views over Somerset, Dorset and Wiltshire from the foot of the 14th-century St Michael’s Tower are spellbinding.

Long-reaching vistas are available near my next stop, too: the vast, seven-mile stretch of dog-friendly beach at Berrow is just a 10-minute walk through the dunes from Hurn Lane Club site.

This is a lovely, family-friendly place, with a play park and basketball cage. Just down the road, squeals of excitement rise from the roller coasters and log flumes of Brean Leisure Park, while to the west the epic promenade of Burnham-on-Sea stretches along the Bristol Channel, offering mile after mile of smooth, traffic-free path for buggies and wheelchairs with views to south Wales.

Twice a day the sands are covered in a fast-advancing tide – the River Severn has the world’s second greatest rise and fall of tide – creating currents that restrict safe swimming, so please check local information sources for advice. 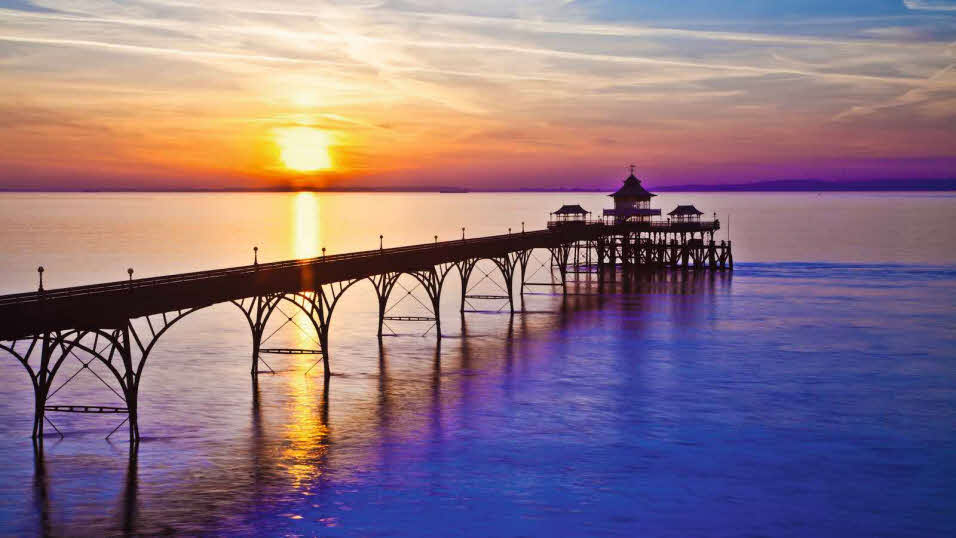 The Grade I-listed Victorian pier at Clevedon, a few miles to the north, was once described as the “most beautiful” in England by Sir John Betjeman and with a golden sunset tumbling beyond the slender, elegant structure it’s hard to argue with the former poet laureate.

Barely 15 minutes’ drive in-land, Orchard Bank CL is tucked up a quiet lane next to some stables. The site is exceptionally well-equipped, with wide hardstanding pitches, electrics, water and Wi-Fi. A walk from the site to Cadbury Hill Fort serves up sweeping vistas over the local area, including Congresbury where there’s a fine selection of places to eat, while Bristol and Bath are within easy reach.

Heading north along the M5 then west on the M4, I soon pass ‘Croeso i Gymru’ signs, and wind down the steadies at Tredegar House Country Park Club site on the outskirts of Newport. The site’s ‘dog walk’ is in the 90 acres of parkland that surround Tredegar House, a National Trust property that was still family-owned into the 1940s, giving the interior the upstairs-downstairs feel of a Downton Abbey.

It’s the proximity of Cardiff that largely account for the site’s high, year-round occupancy rate. “The bus from the site to the city costs just £3.70 return,” says site staffer Dave Moore. In addition to all the concerts, football matches and rugby events that take place in Cardiff, he reels off a list of attractions that includes the striking Senedd building of the Welsh Assembly in Cardiff Bay, the amazing St Fagans National Museum of History (a walk-through village of recreated buildings from different eras) and the Big Pit National Coal Museum, which commemorates the country’s mining heritage.

Heading west to Swansea it’s great to see the celebration and preservation of mechanical machinery in the city’s free National Waterfront Museum. Behind the museum, yachts bob at Swansea Marina. I turn my back on the sea for a mini-pilgrimage to the birthplace of poet and national icon Dylan Thomas. The home where he was born and lived for 23 years turns out to be an unremarkable semi-detached house high in Swansea’s suburbs. 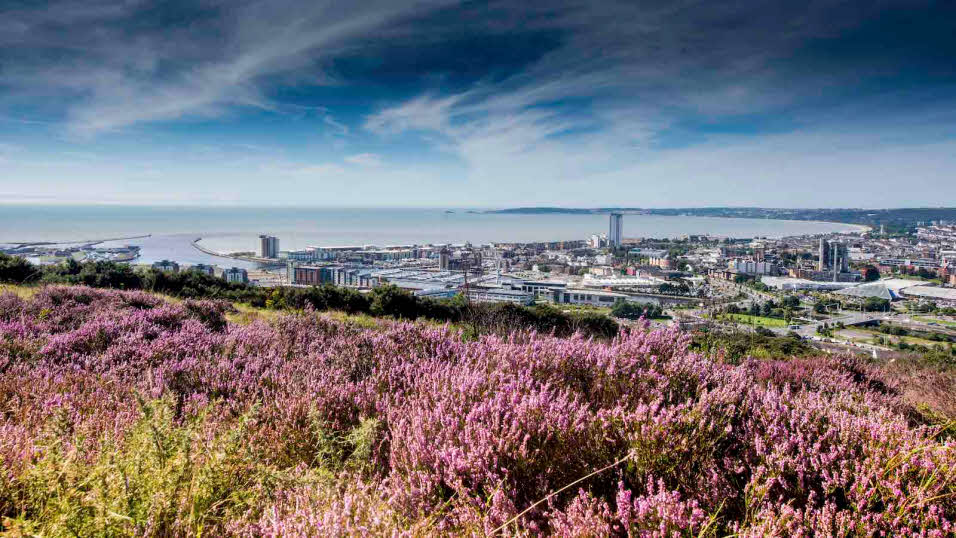 It takes just a quarter of an hour to drive from Swansea to Gowerton Club site, where the ‘Teletubbies Hill’ by the entrance provides the perfect vantage point for dreamy sunsets across the estuary of the River Lliw. It is conveniently located for any camper who wants to park up and leave their vehicle, with an old railway line providing a traffic-free cycle route to Swansea (and on to the Mumbles), and a new railway line that whisks people to Cardiff in just 40 minutes.

Hopping behind the wheel, however, I follow the recommendation of site staffers Corinne and Darren Fisher and head to a new ice-cream parlour in Penclawdd – GG’s is doing a roaring trade despite the nip in the breeze. The parlour is set next to a pub and a fish and chip shop, so all essentials are covered, and there’s even a pharmacy next door for anyone who over indulges.

There are plenty of opportunities to walk it all off at the final stop of this tour, just to the west at Nant-y-Wrach Farm CL. Located on the edge of a salt marsh, where ponies graze freely, this is a blissful haven for birdwatchers. Beyond the extensive walks from the gate, the Gower boasts three of the finest beaches in Britain at Three Cliffs Bay, Oxwich and Rhossili Bay. I opt for Rhossili, where Lloyds Bank’s black horses galloped, and it exceeds my every expectation. 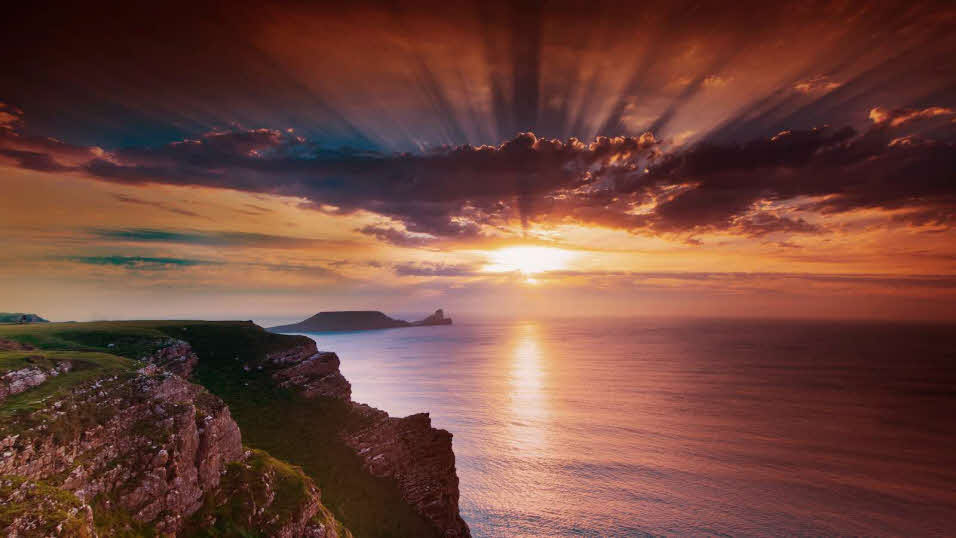 At one end of the beach, the peninsula of Worms Head snakes its way into Carmarthen Bay, a curled bracket around a mind-blowing three miles of flawless sand and breaking waves, flanked by a steeply-raked grassy cliff. A five-mile circular walk along Rhossili Down and back across the sand turns out to be the highlight of this outstanding tour. I’ve inadvertently saved the best to last!