Top things to see and do in Wales

Croeso I Gymru! Welcome to Wales!

A stunningly tranquil getaway, Wales is a small but beautifully formed piece of Celtic perfection, packed with everything from history to literature, you can truly get back to nature from the country’s beaches to walking in its mountain range.

Whether you’re looking for a short, relaxing getaway or fancy challenging yourself in one of the epic national parks, we’ve compiled a list of top things to see and do on your next adventure to Wales. Take on an adventurous challenge and climb Yr Wyddfa (or Mount Snowdon in English) one of the most famous landmarks in Wales. Not for the faint-hearted, the 1,085-metre peak can take anywhere between five and seven hours to climb, depending on the route. There is also a scenic one-hour train ride to the peak, for anyone who wants to just enjoy the incredible views. Just don’t forget your camera! 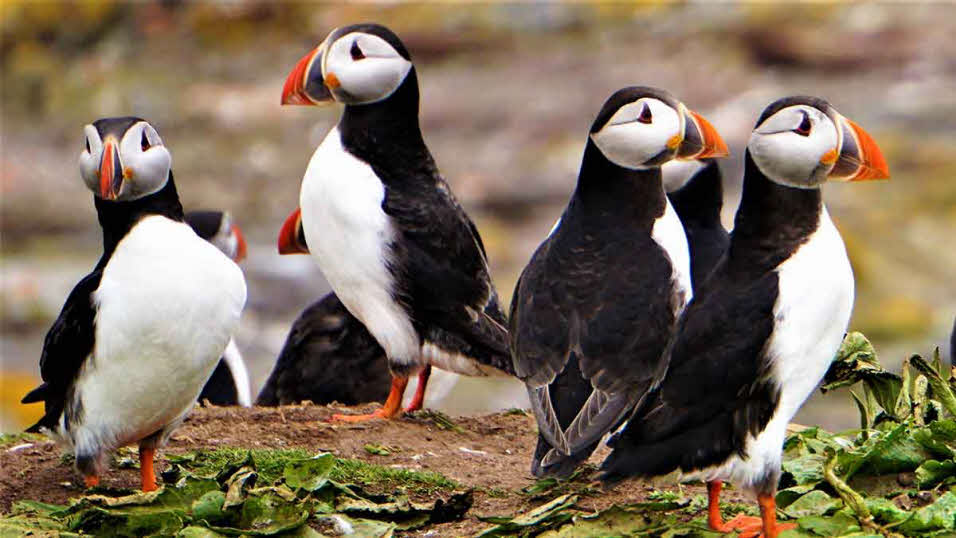 Known as Ynys Seiriol in Welsh, Puffin Island is an uninhabited chunk of land off the eastern tip of Anglesey that is home to a huge variety of fauna, most famously the cute little birds that give it its name. The masses of puffins aren’t the only birds worth spotting, however, as the island is also home to one of the largest great cormorant colonies in the British Isles as well as guillemots, razorbills and others. A variety of tours of the island are available but don’t forget the camera and the binoculars.

3. Immerse yourself in nature in the Beacons 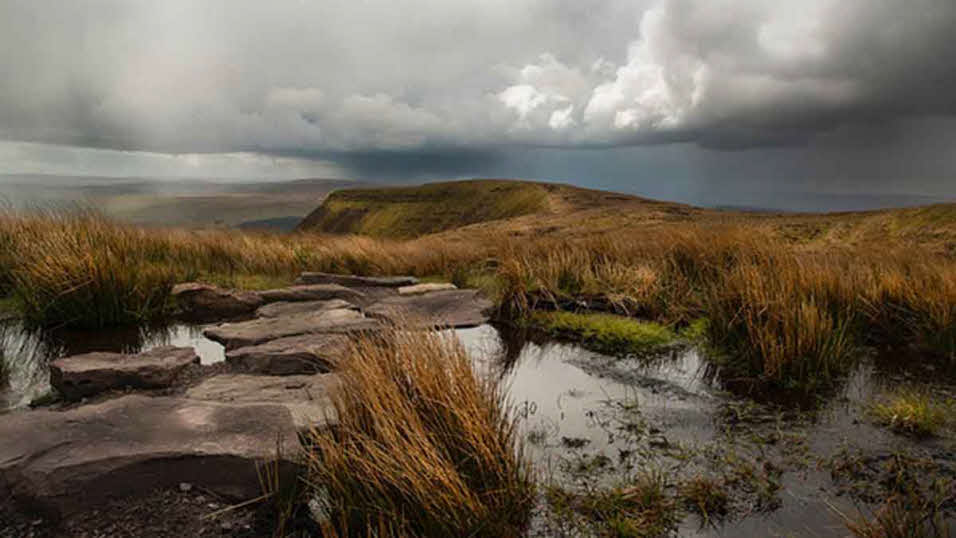 Head for the hills and walk in and around the infamous Brecon Beacons, South Wales’s highest mountain. Stretching from near Llandeilo in the west across to the border of England in the east, Brecon Beacons cover over 500 square miles of unspoilt nature. There are around 20 waterfalls along the stretch of the Upper Caerfanell River, which can be viewed from the paths, however only one of the waterfalls has an official name, known as Caerfanell Falls or Blaen y Glyn.

4. Visit the village with a tongue-twister of a name Originally called Llanfair Pwllgwyngll, the name was extended in the nineteenth century in the hope of luring tourists to its town. It certainly worked with tourists flocking to take a photo of the famous train station sign, whilst testing themselves to repeat the longest town name in the UK. All together now: Llanfairpwllgwyngyllgogerychwyrndrobwllllantysiliogogogoch.

5. Head to the spectacular location of South Stack Take a trip to the glorious coastline of Anglesey for some dolphin spotting in the warm summer months, enjoy the wild flowers and rare birdlife at Aberffraw dunes and marvel at the sea arches at Bwa Gwyn. Afterwards visit the South Stack lighthouse landmark which acts as an orientation light for coastal traffic crossing the Irish Sea to and from the ports of Holyhead and Dun Laoghaire. Experience a tour around the lighthouse and view the fascinating geology of the surrounding cliffs. 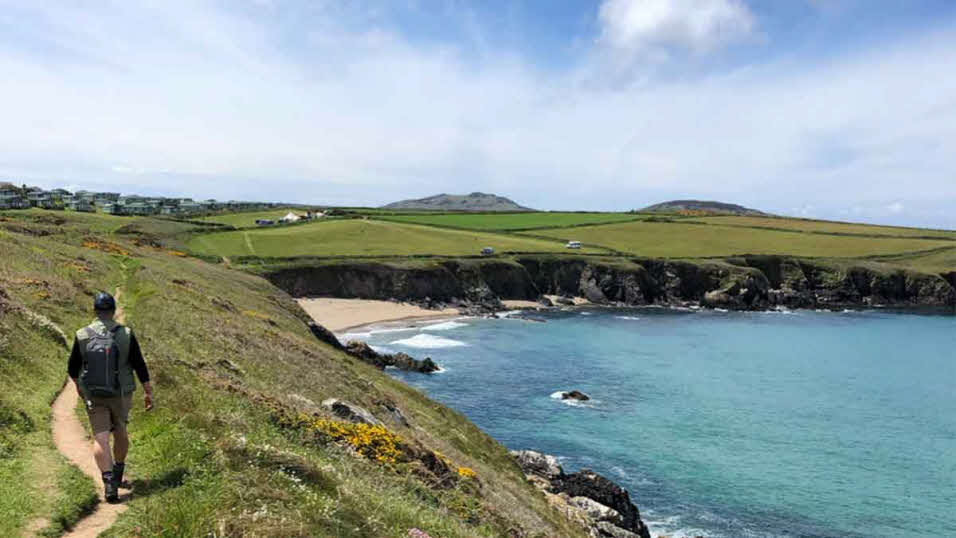 If you love the views of the countryside and the rugged coast, then take a visit to Pembrokeshire National Park, one of the best coastal national parks in Wales. On warmer days, take a kayak out onto the bay and spot the seals and dolphins that swim locally. Alternatively head over to Freshwater West Beach for a gorgeous beach day. Wales is brimming with history and tradition, but if you want a quintessential Welsh experience then head to the Principality Stadium (previously the Millennium Stadium) in Cardiff and experience match day done the Welsh way! Major rugby and football matches are played here and the local pubs and bars in the city regularly pay homage to the games.

8. Walk the length of the country Image of the Welsh Coastal Path, photo by @Arrycain on Instagram

Wales is the only country in the world that has two walking paths covering the entirety of its borders. The Welsh Coastal Path stretches 870 miles from Chester to Chepstow, whilst Offa’s Dyke Path covers the inland stretch between those two spots. It might be a tad excessive to walk the whole thing but you can enjoy a few stretches to be enjoyed over a day or two, as there’s no better way to experience the natural beauty of Wales. 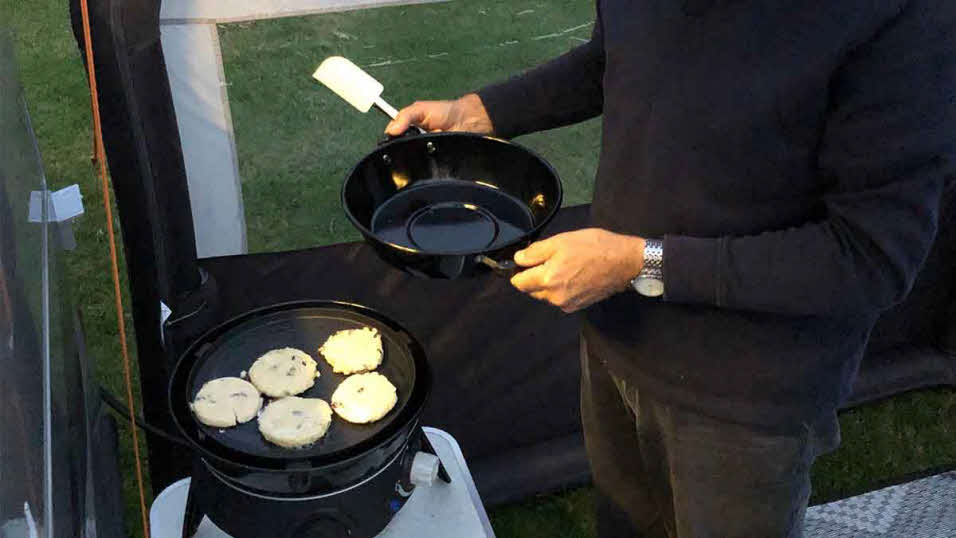 Wales is famous for its stunning scenery and ancient history, but also its becoming a bit of a foodie heaven! Any trip should involve tasting the local food, so seek out Welsh cakes that are like flat, sweet scones and is paired perfectly with a spot of tea. Try out bara brith, which literally means speckled bread and is a bit like a fruit loaf, enjoy some yummy Welsh rarebit, which is similar to cheese on toast or a bowl of cawl (lamb stew) which is regarded at Wales’ national dish.

See all sites in Wales

Stay at one of over 250 Certificated Locations in Wales.