Discovering the delights of Denmark

John Rawlings and family head to the Danish island of Zealand for a two-site tour where they enjoy sandy beaches, historic castles and the colourful capital of Copenhagen 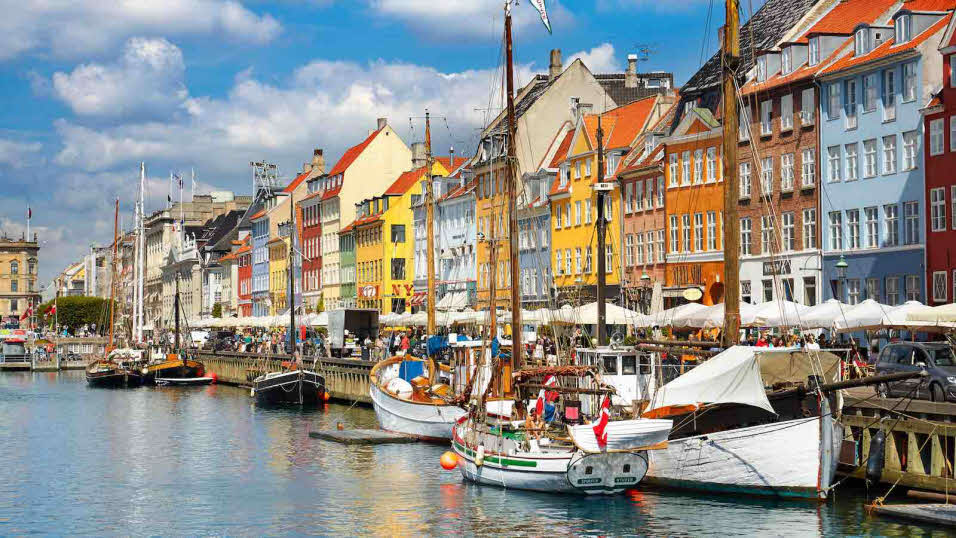 Did you know that Denmark is actually made up of more than 400 islands, including Zealand (the most populous and the island on which capital Copenhagen sits), Funen, Lolland and Fur? That it has one of the oldest monarchies in the world? That it is the third happiest country in the world?

I learned all this during my recent trip as well as one more very important fact – the Danes are lovely, friendly people.

The journey from Hook of Holland to our campsite, Dronningmølle Strand, on the north coast of Zealand, was more than 500 miles (we saved some time by taking an additional ferry from Germany). But it was more than worth it – the site is just a couple of minutes’ walk from a lovely beach on what is referred to as the Danish Riviera. 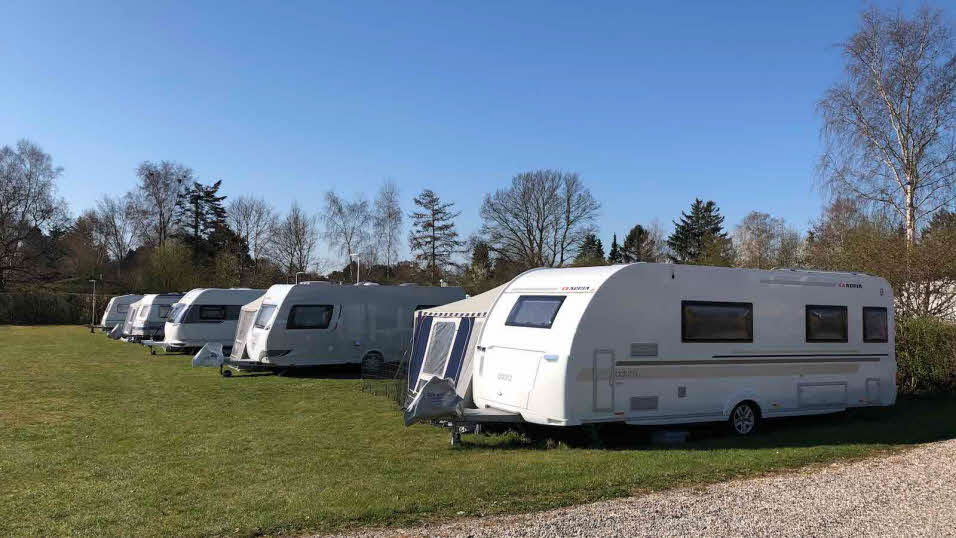 This part of the country is also known as Royal North Zealand due to its proliferation of castles and its popularity with kings, queens and nobles over the centuries. Conveniently located less than an hour’s drive from Copenhagen, it’s a popular holiday destination for the Danes, who often leave their caravans, complete with huge awnings, pitched for the season for weekend retreats.

Kronborg Castle in Helsingør, just 10 miles from the campsite, is a classic example of the rich history of this region. Dating from the mid-1600s, this magnificent Renaissance fortress is filled with beautiful rooms, including a 60m-long ballroom (the largest in Europe when it was built), plus a fine collection of tapestries and paintings. It is known as ‘Hamlet’s Castle’  as Shakespeare used it as inspiration for ‘Elsinore’ in his famous play. Live performances based on Hamlet are staged here daily during the summer months. 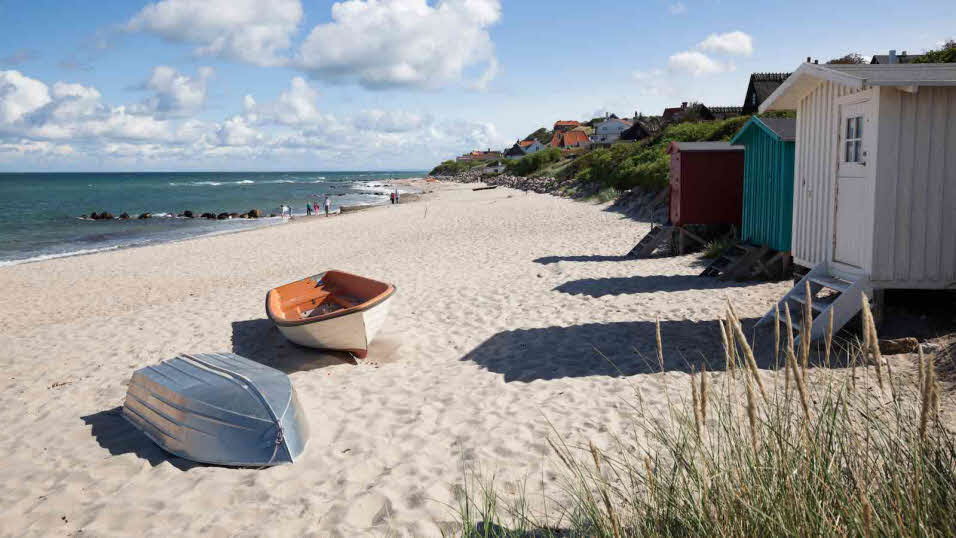 The castle occupies a strategic position on Zealand’s north-eastern extremity, where the Øresund – the stretch of water that separates Denmark from Sweden – is at its narrowest. If you want a taste of Sweden while you’re here, ferries cross the strait to Helsingborg throughout the day.

Make sure you explore Helsingør’s quaint old town, admire the boats in the marina and visit the fascinating Maritime Museum of Denmark – an attraction whose exterior construction is almost as fascinating as the exhibits within. 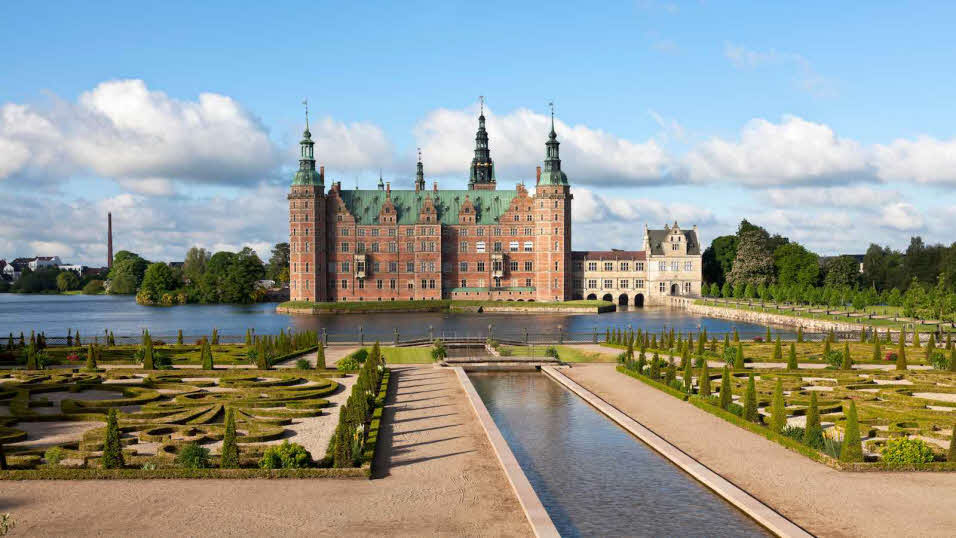 Keeping to the castle theme, we also visited Frederiksborg Castle, a striking palace constructed on three islets on a lake in Hillerød, about 25 miles north of Copenhagen.

It was completed in 1620 for King Christian IV of Denmark-Norway, and, like Kronborg, is magnificently ornate. In 1859 it was gutted by a terrible fire but was rescued by the brewing magnate JC Jacobsen, the founder  of Carlsberg. Jacobsen not only paid for the reconstruction but proposed the development of a museum. The result was The Museum of  National History, which has beenbased atthe castle since 1878.

Just a 20-minute walk from Frederiksborg, and a great base for visiting both the north coast and the capital city, is Hillerød Camping. This delightful, green, family-run site boasts a small shop and a shared kitchen with covered terrace where you can eat with your fellow campers should you wish. 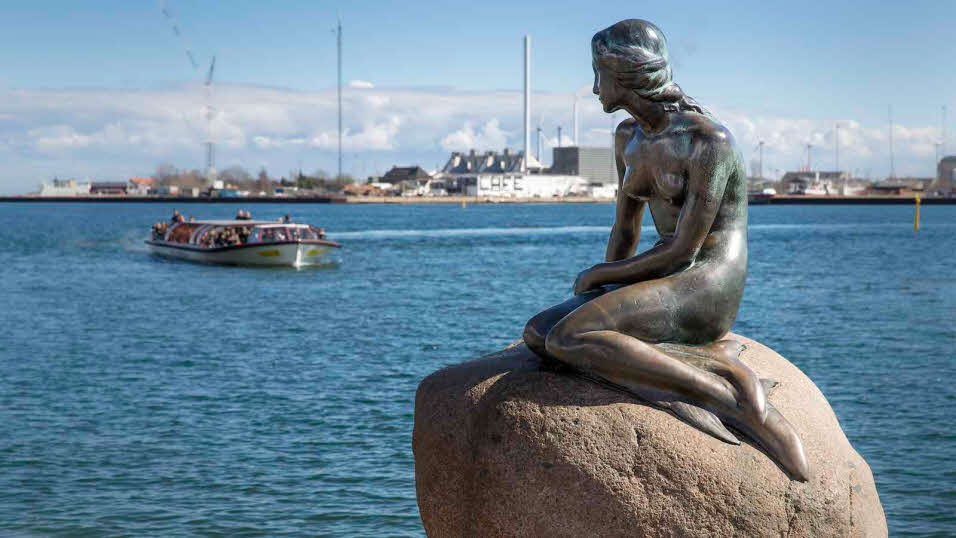 It was time to head for Copenhagen, less than an hour’s train journey from Hillerød. Like most tourists we made a beeline to the Little Mermaid statue, which sits on a rock just off the Langelinie promenade. Based on the character from Danish author Hans Christian Andersen’s famous fairytale, the bronze figure is much smaller than you might expect – and constantly surrounded by people taking ‘selfies’!

We then walked to the Amalienborg Palace – home of the Danish royal family – and watched the changing of the guard ceremony. We also stopped at the Nyhavn to admire the traditional, colourful townhouses, canal and old fishing boats that recall the city’s nautical past. This is a great place to unwind at the end of the day in one of the numerous restaurants. Apparently, Hans Christian Andersen lived at Numbers 67, 18 and 20 during his lifetime, composing his children’s classic, The Princess and the Pea, at the latter.

We ended our day in Copenhagen at the world-famous Tivoli Gardens. It’s rather unusual to see an amusement park in the middle of a city. Not only does it offer rides for thrillseekers (including a wooden rollercoaster that dates from 1914), it’s a great venue for eating out as well as live entertainment. Food options include everything from traditional Danish to French and Asian, while music, ballet and dance lovers are drawn to performances on the open-air stage and in the concert hall. 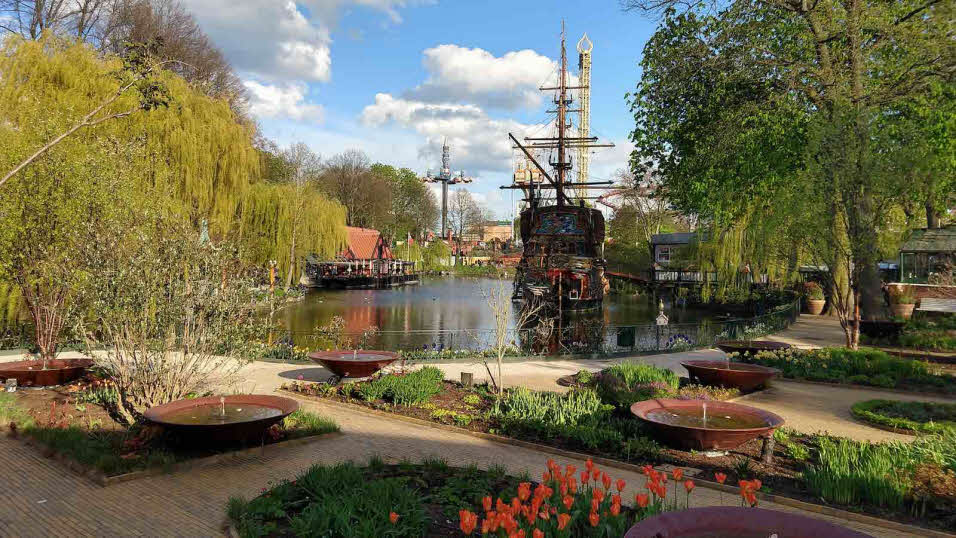 Founded in 1843, the gardens are also home to lush green spaces, beautiful flower displays and gorgeous architecture. Fortunately – for we weary sightseers at least – they were also conveniently located next to the train station for our trip back to the campsite. As the carriages gently rocked us on our way we reflected on a superb short break.