Fine wine and a touch of romance in Germany

Heidi Fuller-Love takes in ruined castles, stunning scenery, fascinating museums and a spot of Romantic poetry during a week-long trip from the wine-producing North-Rhine Westphalia region to the bewitching Black Forest. Spend too long on Germany’s busily efficient autobahns and you can easily miss the beauty of this country. With that in mind we decided to stop as often as possible during a week-long trip, and that turned out to be an excellent plan.

We were heading through the wine-producing North-Rhine Westphalia region and on to the bewitching Black Forest. At our first stop – Eifel-Camp near Blankenheim – we caught the sun setting in a glorious splash of red and gold over Freilinger Lake as we arrived. 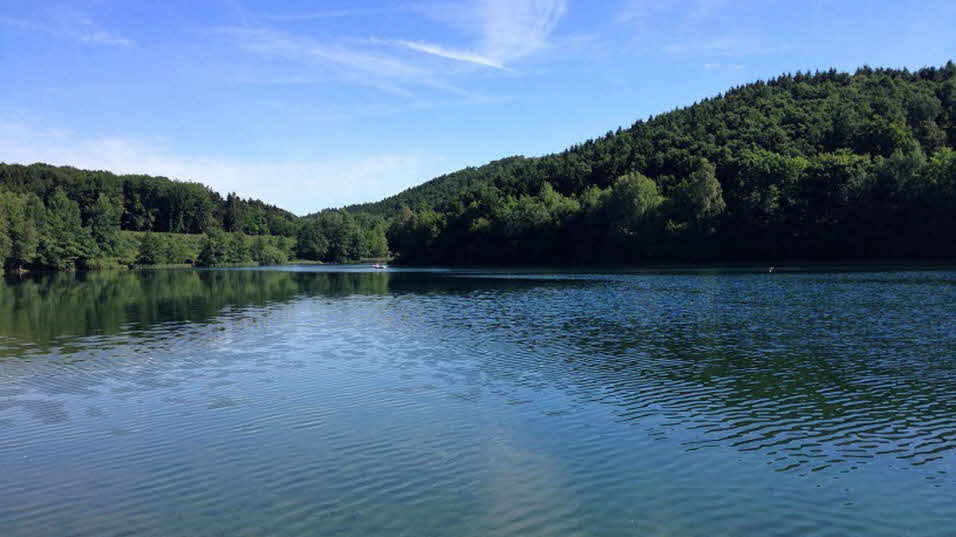 From Eifel-Camp it’s an easy drive to Koblenz, the 2,000-year-old city at the heart of Germany’s wine country. Passing by endless vineyards – surrounded by mountain ranges topped with the crumbled ruins of ‘fairytale’ castles – it was easy to see why the landscape inspired Romantic poets like Friedrich Schiller and Georg Wilhelm Friedrich Hegel. 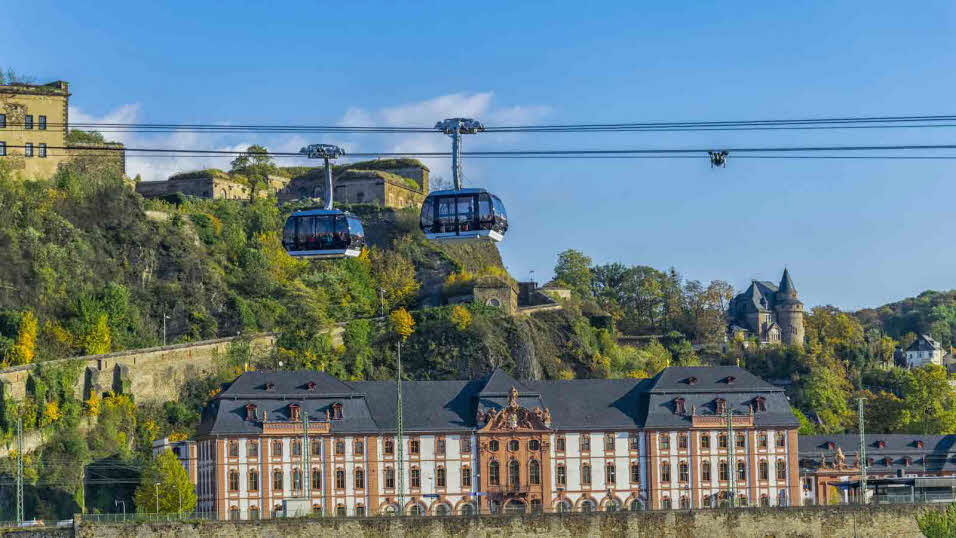 The cable car in Koblenz which goes to the Ehrenbreitstein Fortress

After taking a few selfies beside the huge statue of first German Emperor William I on horseback, we wandered along the riverside promenade, primarily to admire three sizeable hunks of the Berlin Wall. After crossing the Rhine, a cable car took us up to Ehrenbreitstein Fortress, a magnificent stronghold that sprawls like a small walled city across the east bank of Germany’s mightiest river. This is the second-largest military fortress in Europe, after Gibraltar.

Over the next few days we went hiking high into the hills of Eifel National Park, a vast area of water and woodland that is home to a host of endangered species, including wild cats and black storks. 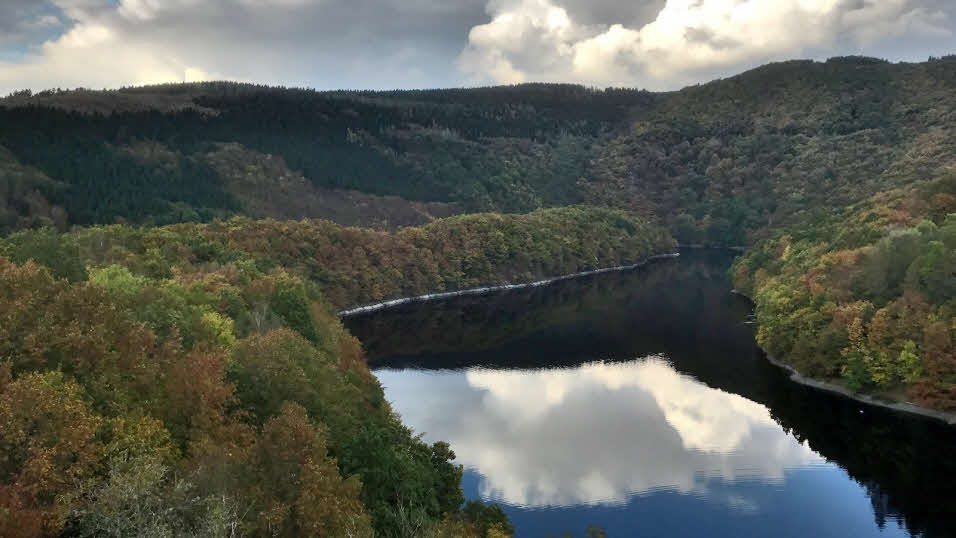 We also visited the magical castles of Eltz and Burresheim and took the wiggly, winding road to the tiny village of Prüm, dubbed ‘Forest City’ because of its enchanting woodland setting.

We left the campsite and headed for Frankfurt, stopping off en route in the modern city of Mainz, where Johannes Gutenberg invented the printing press. We spent a fascinating hour at the Gutenberg Museum, admiring rare exhibits including the blacksmith, goldsmith and printer’s original 42-line Bible, before continuing on. 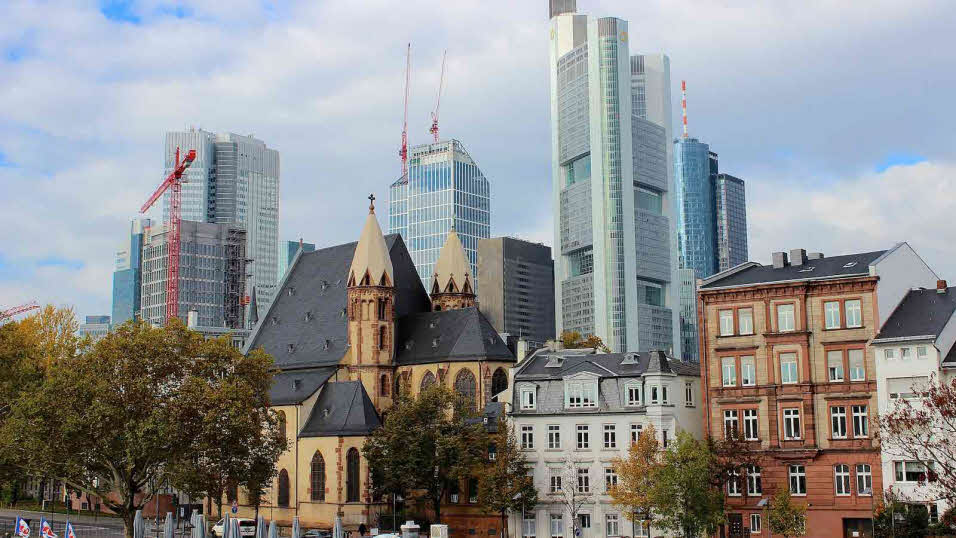 Frankfurt is home to some of the best museums in Germany

Situated on the banks of the fast-flowing Main River, Frankfurt’s Museumsufer district is home to some of the best museums in Germany, and most of them are within easy strolling distance of one another. One of the finest is the Städel Museum, which houses an important collection covering some 700 years of European art. We spent another hour in the Goethehaus, where we learnt about the life and times of the literary giant, Johann Wolfgang Goethe, who was born here in 1749.

Up early the next day we headed for Heidelberg, which is the start of the picturesque ‘Castle Road’ that runs for more than 700 miles and ends in Prague. Before long we turned off the motorway and followed winding roads lined with vineyards and fruit orchards, dotted with the ruins of beautiful castles.

The most spectacular of them all, the red sandstone ruin of Heidelberg, stands high above the Neckar River. This stunning Renaissance castle featured in the work of countless 18th-century romantic poets, including Goethe, who stayed here in 1779 and said that the place had “something ideal” about it. 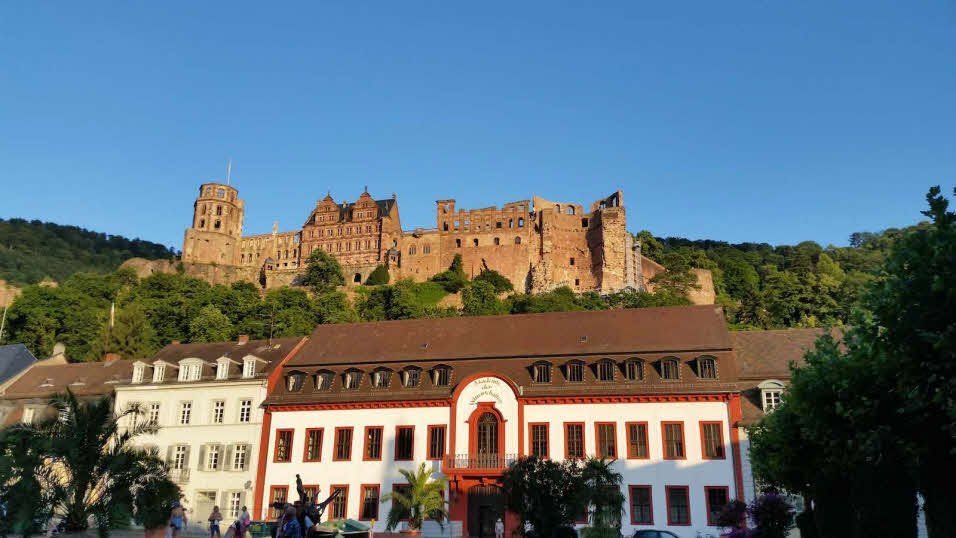 Heidelberg is a picturesque town, packed with plenty of sights, including Germany’s oldest university. We followed in the footsteps of philosophers and poets along the 300-year old Philosophenweg (Philosopher’s Walk), which is a steep and scenic path lined with cypress, bamboo and lemon trees. It’s not hard to see why they were inspired by the views of the old town. From Heidelberg it was an easy drive to our last stop. As romantic as any poem, Kleinenzhof campsite at the heart of the Black Forest (on the banks of the Kleine Enz River) was an ideal spot to end our trip through Germany’s castle and wine country.