Jonathan Manning tried his hand at archery in Cambridgeshire and discovers it can be an addictive – if tricky to master – activity. 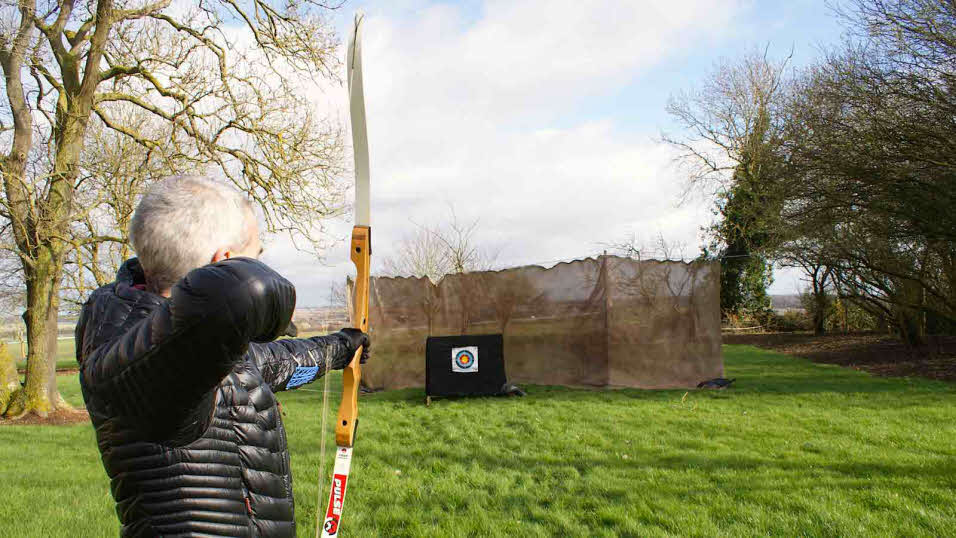 Jonathan Manning gets in touch with his inner Robin Hood!

Just one more go... one more arrow... and another... one final attempt... but still the 10-point centre of the target remains unscathed. Archery turns out to be addictive and much more challenging than expected. The yellow bullseye looks enormous right up until the moment I draw back the string of the bow, at which point it merges into a kaleidoscope of swirling colours. Somehow, over the course of an hour, my arrows manage to find all the other colours, but not the heart of the target.

I’m on a farm high on a hillside, close to where Cambridgeshire meets Huntingdonshire and Northamptonshire at High Harthay Outdoor Pursuits. I’ve opted to try my hand at archery – which costs £25 for a one-hour session – but the venue also offers ‘airsoft’ (a competitive team shooting sport) and clay pigeon shooting.

The target is set up only 15m away but everything is to scale so the bullseye is far smaller than the head-sized circle in the centre of Olympic targets (Olympians shoot over a standard 70m range). Every other element is the same – the required stance, the breathing, the technique... and the trudge to gather fired arrows.

My instructor is Midge, broad-shouldered, bearded and patient. He grew up on this farm and we’re shooting between willow trees in its large garden. Each stage of the shooting process is simple – the difficulty lies in putting them together in a seamless, fluid sequence. The closest analogy is a tennis serve: get it right and it’s an ace; muck it up and it’s a double fault. 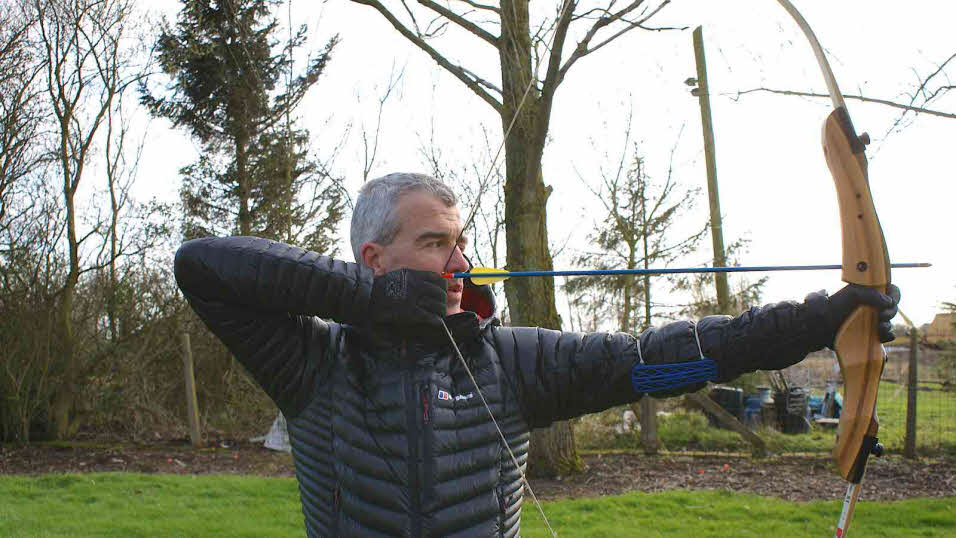 Adopting the correct stance is vital for accuracy

The shooting stance should be relaxed, feet planted at 90˚ to the target, left shoulder and head directly facing the bullseye. Then, in one smooth movement, the left arm rises and straightens, the right arm pulls back on the bowstring (fingers all below the arrow, not touching it), the bow curves, and then the fingers release the string, sending the arrow on its way. My first projectile thumps into the target with impressive force but misses any of the concentric scoring circles. The second misses, too, but Midge insists all is not lost.

“The two arrows are very close, which we call good grouping,” he says. “Now you just need to alter your aim up and to the right and you should be there.”

I follow his advice and, sure enough, the arrows start to pierce the colours. But it’s not easy. For a start, there’s reasonable tension in the 64in bow – about 26lb of it. True, it’s not a patch on the 80lb in a medieval longbow, but those archers had years of practice before they could draw the string on such a weapon. Midge tells me that archaeologists can identify longbow archers by their skeletons, due to the structure of their shoulders and bone density. 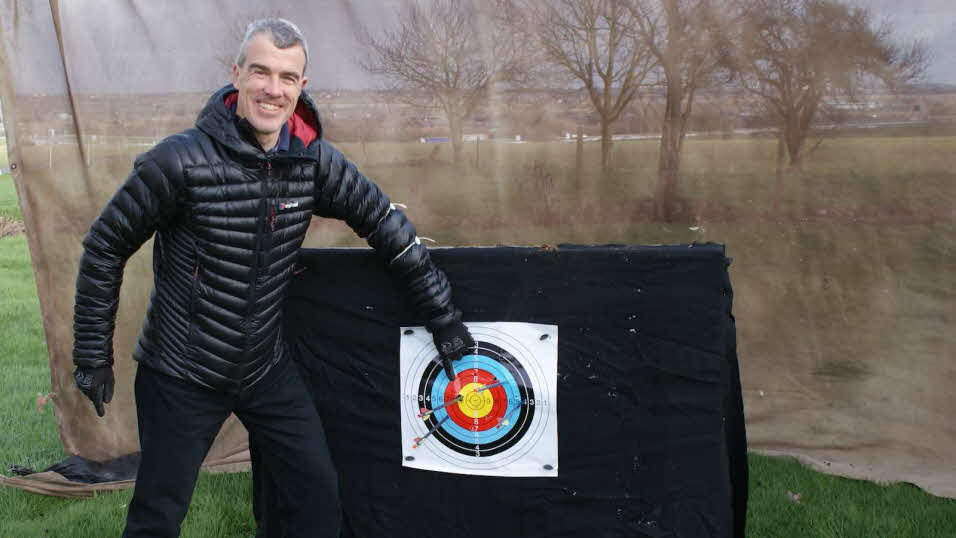 I’m using a recurve bow, its elongated S-shape profile maintaining high power in a compact shape. It requires less effort to bend but I’m conscious that a 1mm difference in direction at the firing point equates to a few centimetres at the target. Without a sight on the bow, there are no crosshairs to line up on the bullseye, and aiming feels a little vague. What’s more, the effort of maintaining the tension in the bow is such that the point of the arrow seems to veer erratically, undermining the good grouping I initially achieved.

I try to return to as fluid an action as I can muster and to my delight the arrows nudge ever closer to the 10-point centre, some hitting the target so close to each other that I hope for a Robin Hood-style splice of an arrow. But it doesn’t happen and nor do I land an arrow in the elusive bullseye. After an hour my right arm and shoulder start to tremble with the effort and my accuracy deteriorates.It’s time to call it quits, but I’d really like to come again. Now I’ve got a grasp on the basics, that 10-point arrow can’t be far away.