Delve into British history with the help of our top ten list of castles in Wales. From the majestic Raglan Castle to the stately Powis Castle, there's lots to uncover. 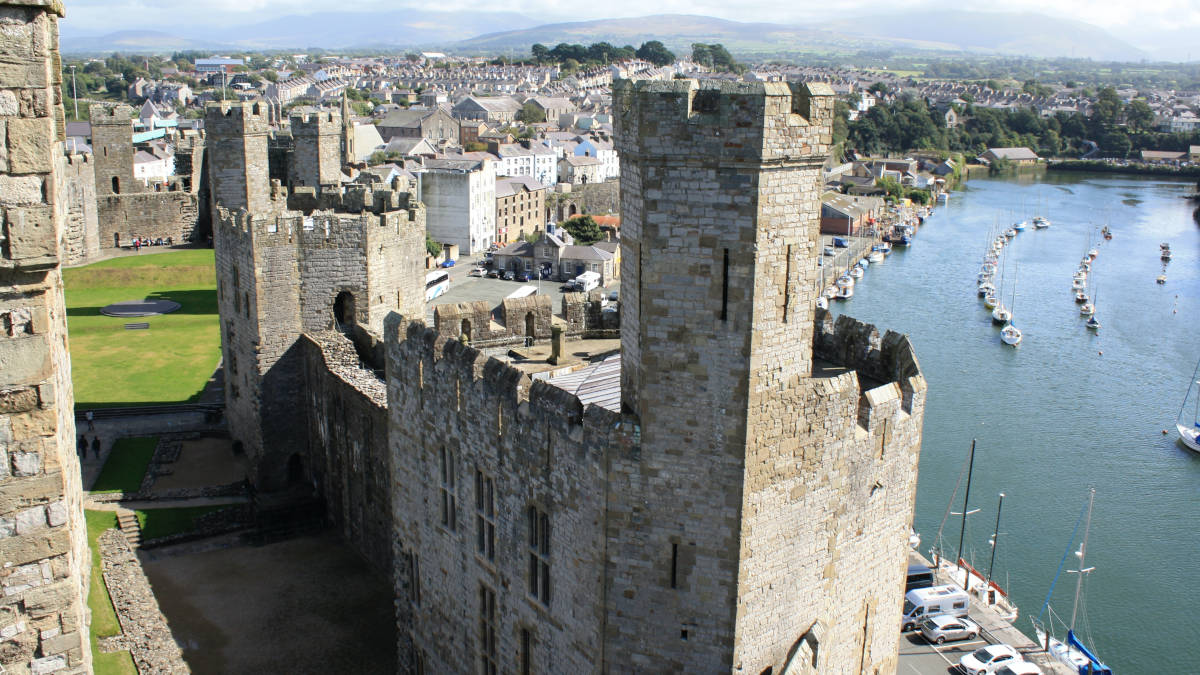 Despite its compact size, Wales is home to over 400 castles, many of which have a fascinating history and have been home to royalty. Most date back to Edward I, who built the fortresses to help him retain his power after the last Prince of Wales, Dafydd, fell to him in 1283. They marked a shift in castle design, swapping the classic motte and bailey for the fairytale-style of multiple towers encased in rings of walls. Here are some of the best castles in Wales to visit. 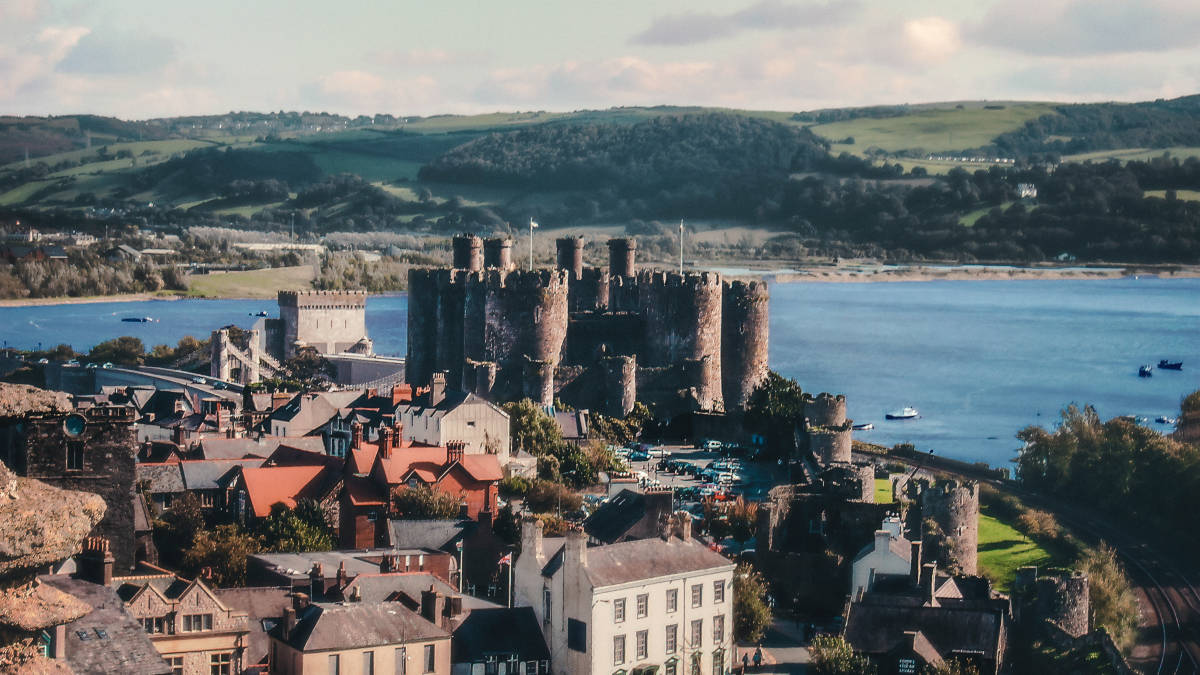 Lying on the shores of North Wales, this castle dates back to the late 13th century and is a UNESCO World Heritage Site. Its huge round towers and defensive wall make it one of the most recognisable examples of military architecture of the time, and visitors can take a one-hour tour of the royal chambers, the chapel and the battlements. 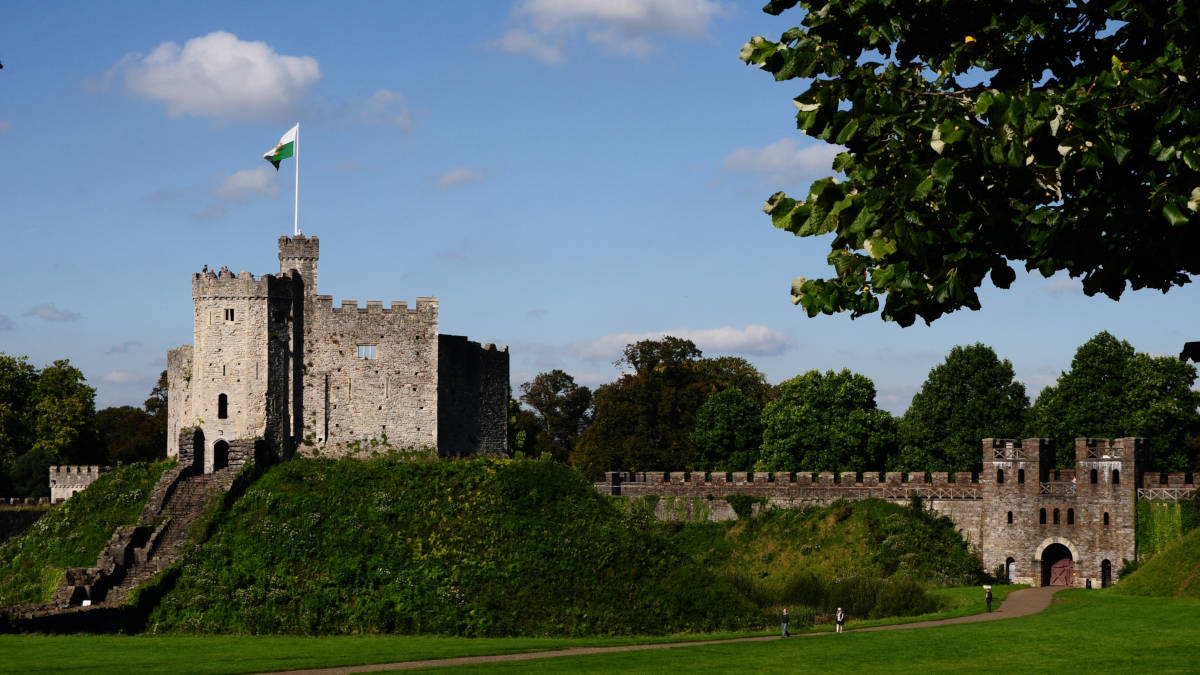 Cardiff Castle was originally built in the 11th century atop a 3rd century Roman fort. Over the ensuing centuries it was held by both Parliamentary and Royalist supporters in the Civil War before before being transformed into a Georgian mansion in the mid-18th century. During the Second World War, it served as an air raid shelter. Today, visitors can see the royal apartments, explore the museum, and stroll through the landscaped grounds. 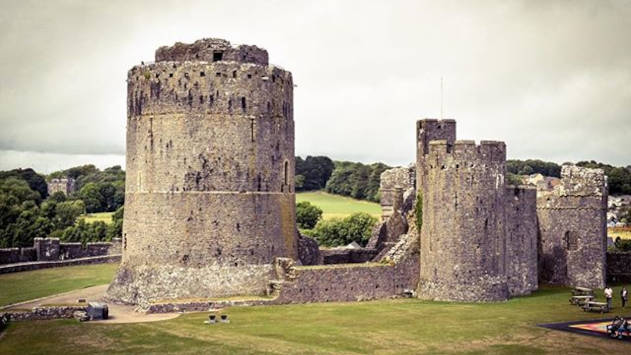 The largest castle in Wales, Pembroke is one of the oldest and best preserved examples of Norman architecture. It was the birthplace of Henry VII, and fell into Oliver Cromwell’s hands in 1648 after a seven-week siege in the Civil War. It was restored in the early 1900s, and alongside discovering the various chambers, visitors can watch battle re-enactments and falconry displays. 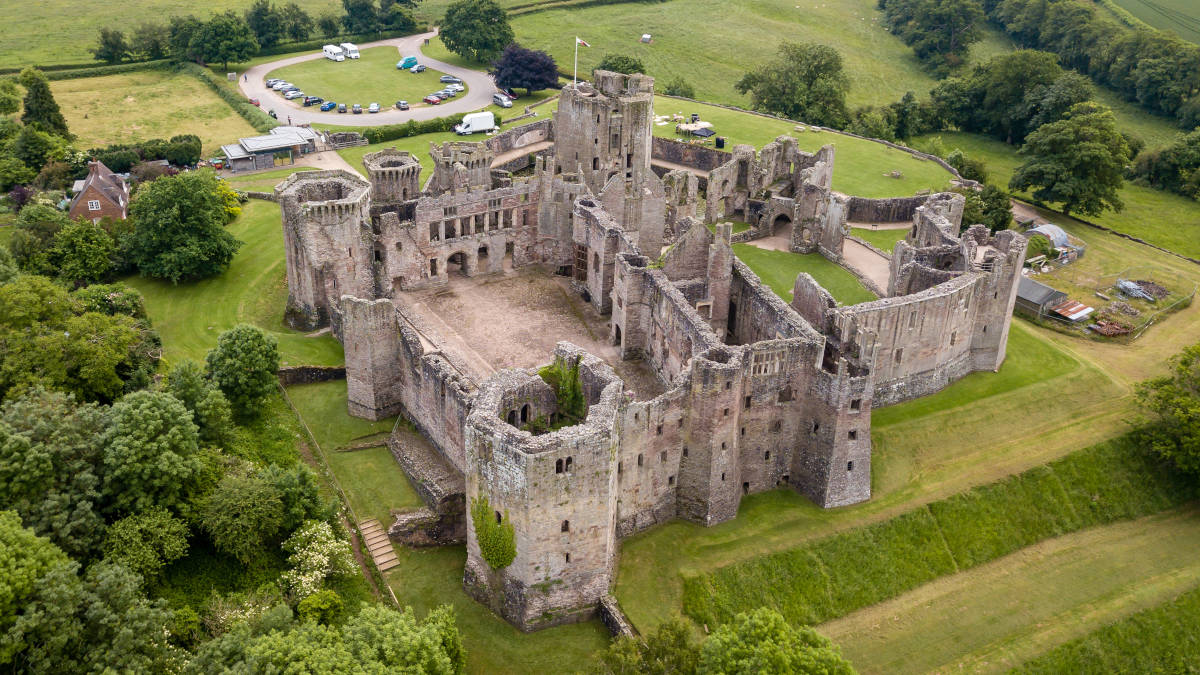 One of the last medieval castles to be built in Wales, Raglan is a 16th century sandstone structure built to showcase power and wealth rather than to serve as a defensive fortress. A variety of luxurious apartments is set around a scenic courtyard, and visitors can explore everything from the cellars, built to house myriad wine casks, to the Great Tower with its stunning views of the surrounding countryside. 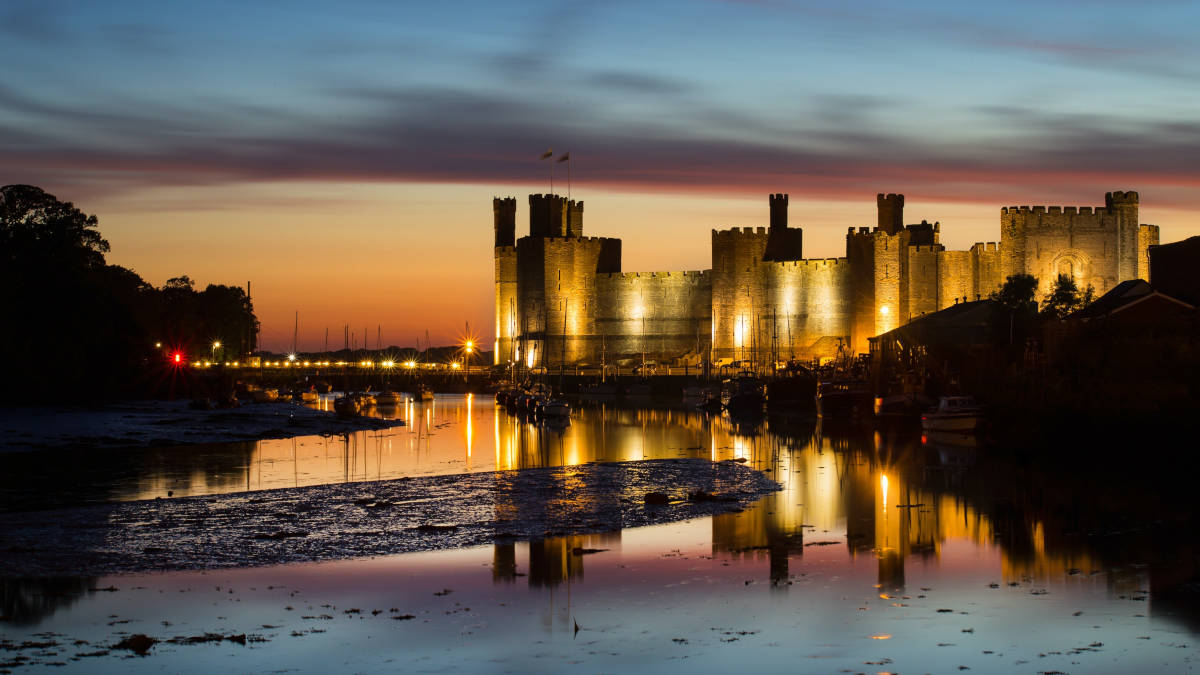 A grand 13th century fortress, Caernarfon is instantly recognisable from its polygonal towers and battlements, designed by famed architect James of St. George. King Edward’s son was born here, and the castle withstood several sieges before slowly falling into disrepair. Caernarfon now houses the Royal Welsh Fusiliers museum and tourists can explore its ruins at their leisure. 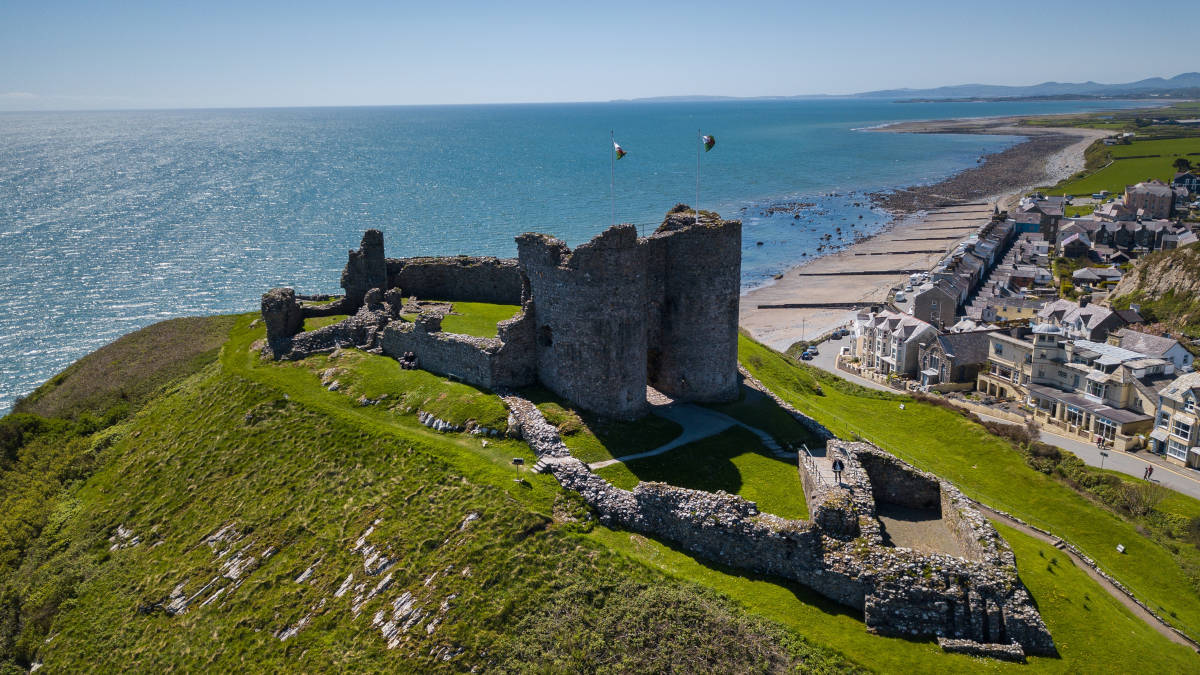 Now in ruins, Criccieth Castle stands above Tremadog Bay and is a fine example of an Edwardian Castle. It was fought over by the Welsh and English for centuries until the last great Welsh rebellion, when it was burned. Today, the visitors can wander the remains, peep through the arrow slits and murder holes and enjoy the views across the bay. 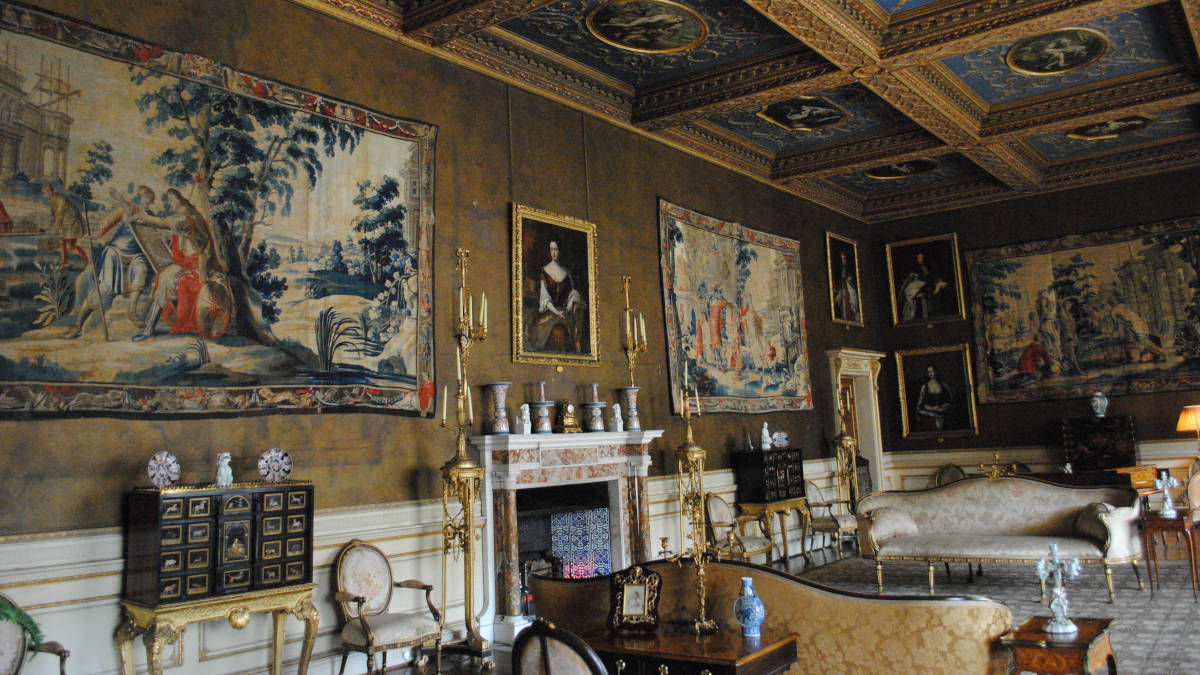 Overlooking the meeting point of the Dee and Ceiriog rivers, Chirk was completed in 1310 and is still lived in today. Originally designed to strengthen Edward I’s hold on the region, it later became a symbol of wealth and influence for its owners. Today, its 17th and 18th century rooms, dungeon and pristine gardens can be explored alongside a 480-acre estate. Lady Margaret's Park's campsite will locate you perfectly to explore the adjoining grounds of Chirk Castle. 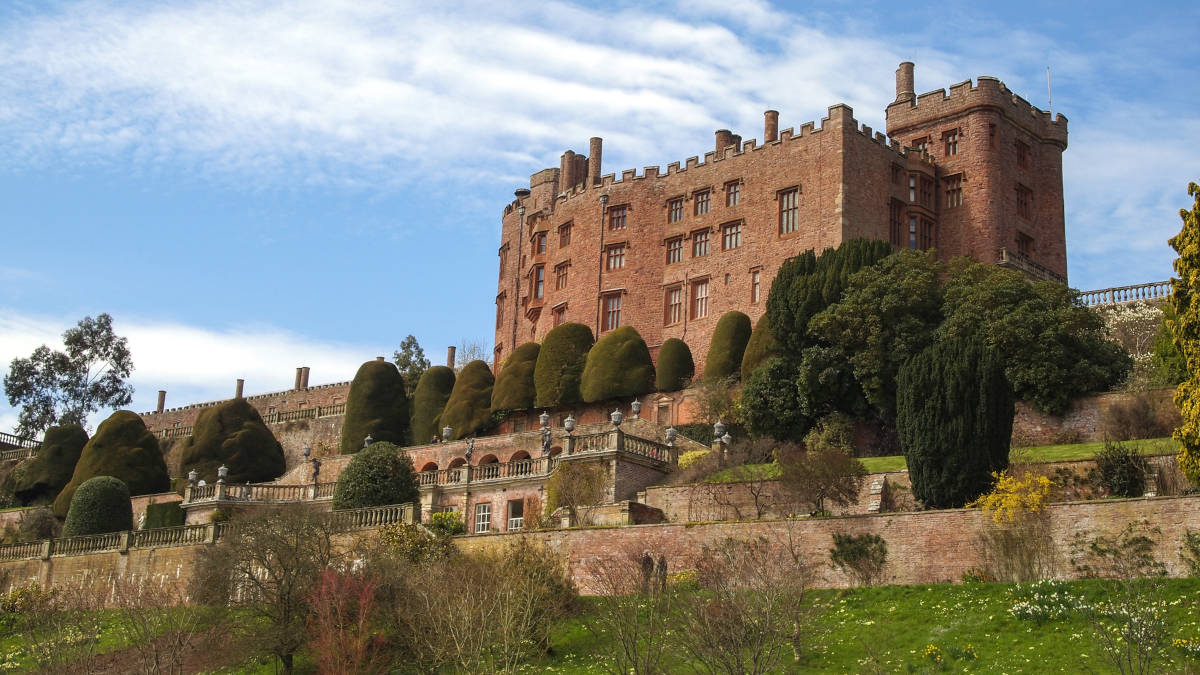 Built around 1200 to assert the Princes of Powys’ independence from the kingdom of Gwynedd, this fortress was converted to a stately home in the 1500s and remained in private ownership until 1952. It stands above internationally renowned French and Italian style gardens, and is now home to one of the country’s finest collections of paintings and furniture. 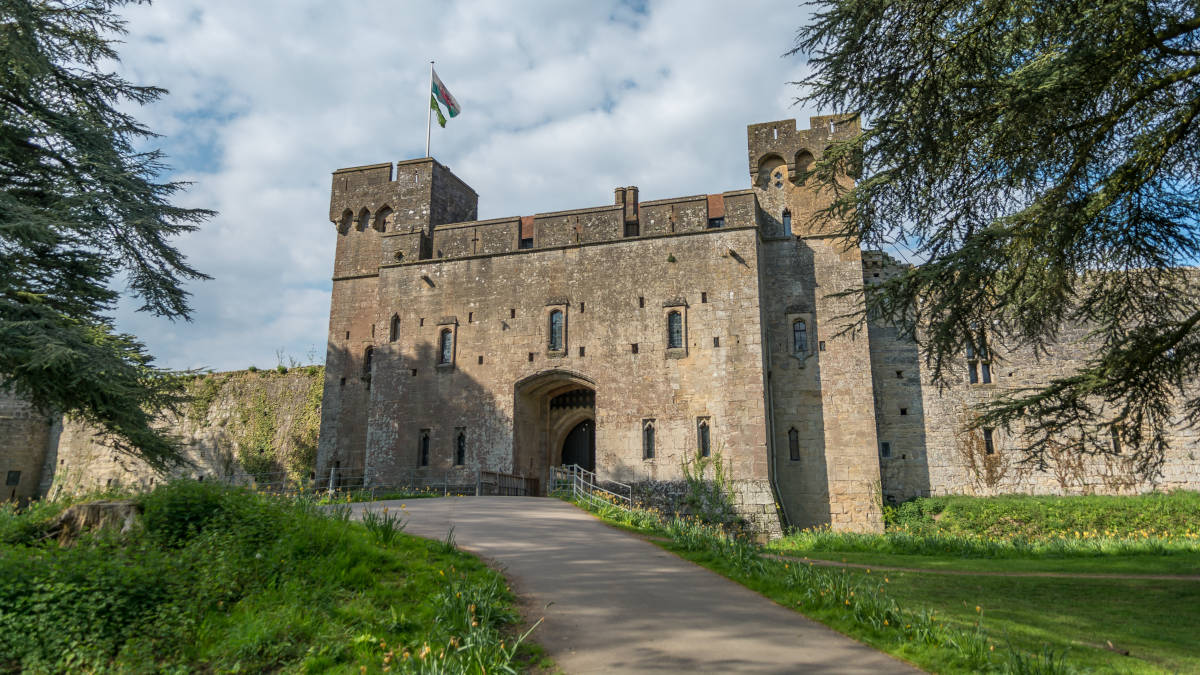 Set in idyllic parkland in Monmouthshire, Caldicot castle was once owned by Henry Bolingbroke (later Henry IV) and later garrisoned by Royalist forces during the Civil War. After centuries of neglect, it was restored as a Victorian family home, and is now open to the public. Explore the medieval towers and beautiful parklands, and see the muzzle-loading cannon in the courtyard.

A Norman castle overlooking the Tenby coast, Manorbier is a fairytale structure steeped in history and folklore. It served primarily as a grand residence, rarely being exposed to battle, and has featured in several film and TV productions. The turrets, great hall, chapel and landscaped gardens are all open to visitors.

So, that's it! Our top ten list of must-visit castles in Wales. If you're interested in the UK's many castles, then make sure you check out our favourites across England and Scotland, too. Whether you're planning a visit or simply want to find out more, the UK has a wealth of historic locations to explore.