Music festivals for all ages

Andrew Ditton blows away the myth that music festivals are only for the young as he and faithful companion Dougal set off in their motorhome for the Inner Hebrides to enjoy a celebration of Scottish folk music. 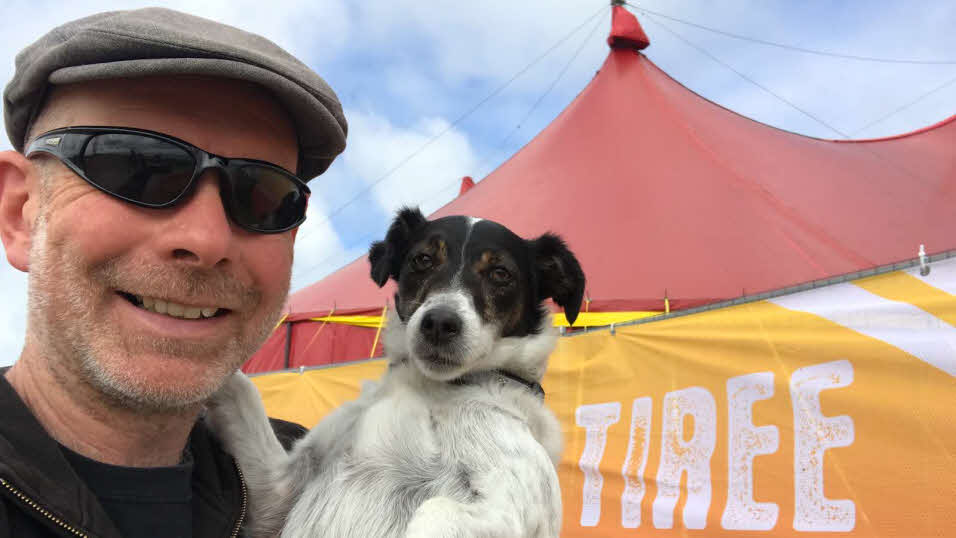 On a visit to the Outer Hebrides about 10 years ago, I heard a track on the radio that blew me away. It was called Gairm A’ Chuain/Wits End, and was played by a band I’d never heard of called Skerryvore. From that moment on, I was hooked on music from the Highlands and Islands of Scotland.

It turns out that Skerryvore headline a festival on the Inner Hebridean island of Tiree. Tiree is a truly beautiful place that is often referred to as ‘The Hawaii of the North’, thanks to its white sandy beaches and turquoise sea. The Tiree Music Festival, or TMF for short, is a smallish event capped at 2,000 attendees. It features acts from the West Coast of Scotland, from traditional cèilidh duos to fusion electro Gaelic house bands.

What’s more, the festival offers a separate campsite for caravans and motorhomes. I found I was close enough to the action to partake as much or as little as I wanted, yet far enough away to catch up on rest or chill out with festival friends when the need arose. Trust me, you will make festival friends. Nothing bonds people quite as quickly as a mutual appreciation of the same music. 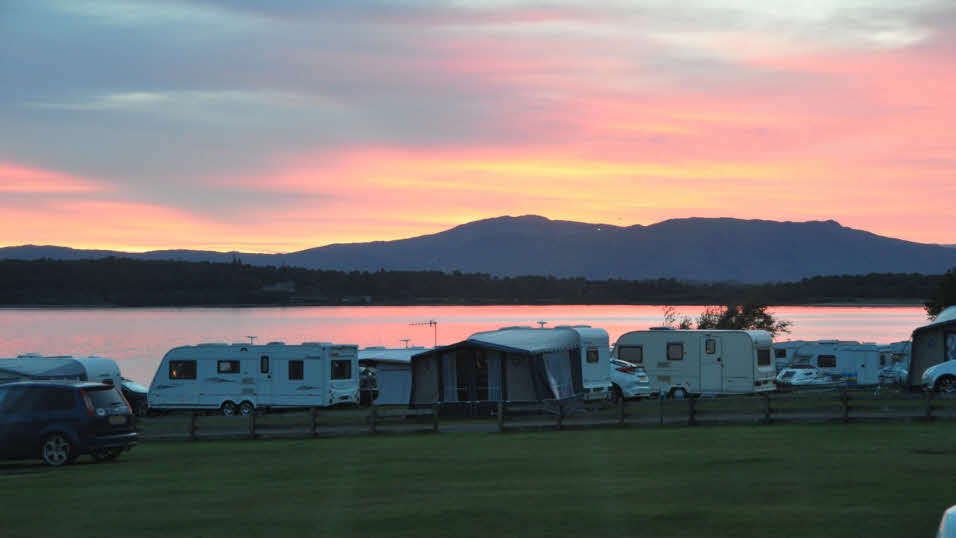 My adventure started in Oban at the Club’s North Ledaig Affiliated Site – a large yet beautiful location offering sea views from most pitches. If you are heading to TMF, the music will often begin on board the Oban to Tiree ferry as impromptu sessions break out.

Go to North Ledaig AS

Checking into the festival site itself was easy. Electric hook-ups are available if you book early enough but as Tiree is officially one of the sunniest places in the UK, my van’s solar panel was more than sufficient.

Over the next three days, many different artists played a whole kaleidoscope of music styles, albeit with a healthy and hearty Scottish bias. A programme helps you keep track of who is performing, where and at what time, and each set is kept to about an hour in length.

It is always worth dipping in and out at festivals and making an effort to listen to artists you don’t know. I had never heard of Face the West but I popped in to see them play – it turned out to be the most uplifting performance I have seen in a long time. 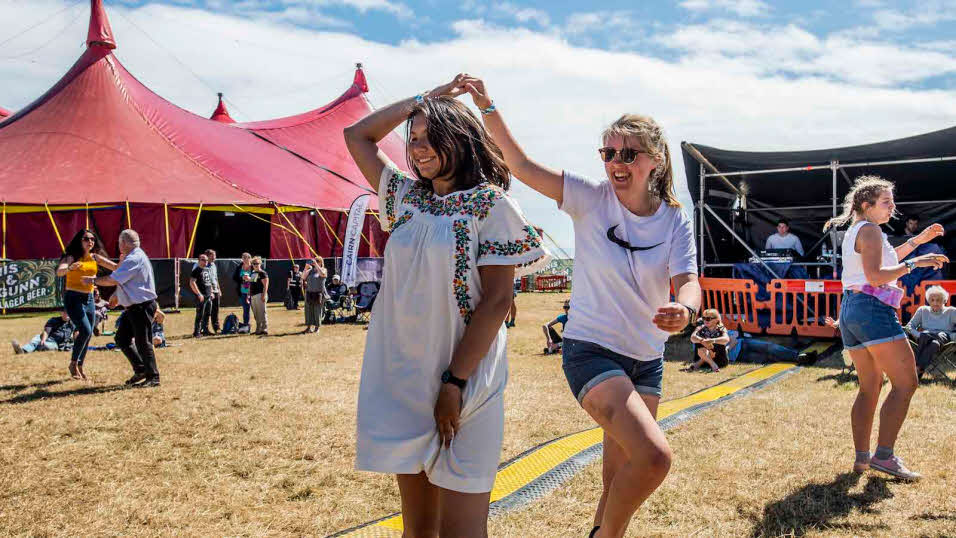 Festivals are not just about the music though. There is normally plenty else going on and TMF was no exception. I took the opportunity to enjoy a session of yoga nidra one morning, which got my day off to a wonderfully relaxed and smooth start. I also eyed up the circus skills workshop but there were too many young kids putting their parents to shame with their tricks and turns, so I decided to give that a miss.

In fact, youngsters were pretty spoiled for choice when it came to entertainment. Storytelling sessions were held in both Gaelic and in English, and on two afternoons there were traditional instrument workshops for tots. 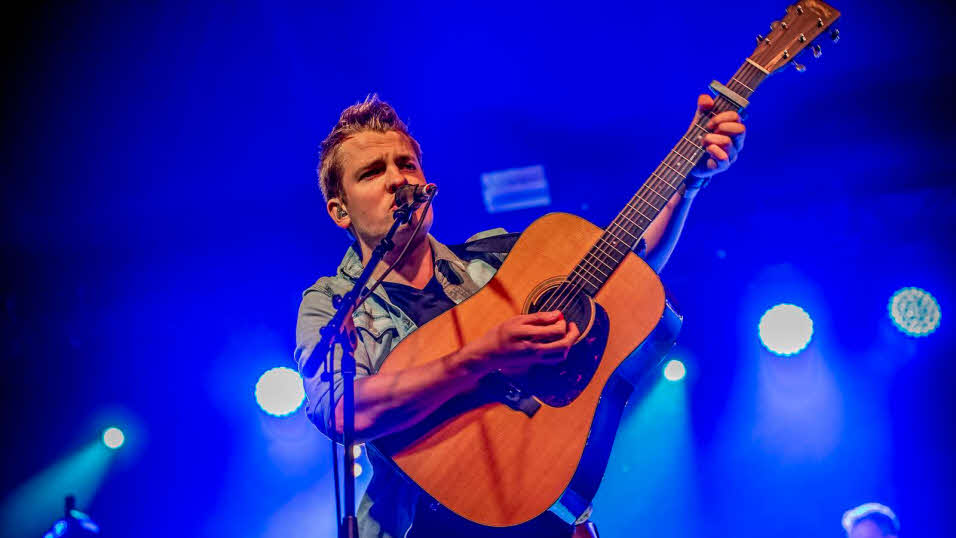 The cosy cinema tent showed interesting indie films, and was on occasion given over to intimate acoustic performances. I was lucky enough to secure a place at Robert Robertson’s acoustic set. The insanely talented front man from the band Tidelines delighted the audience with anecdotes, stories and his powerful, enchanting singing. To witness such talent first-hand was a moving experience.

During the day, the long, white sandy beach beckoned, and impromptu beach sports events broke out, from relay races to handball matches. Families made sandcastles, people grabbed some ‘alone time’ and walked along the shore, and I sat on the warm sand with my dog, drinking in the idyllic scene. 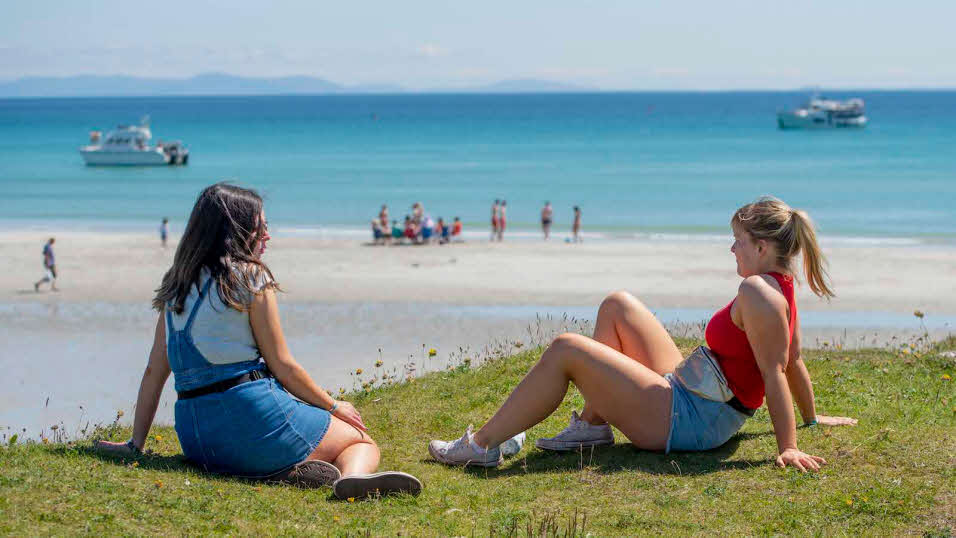 Tiree is referred to as The Hawaii of the North for its sandy beaches, sun and turquoise sea       ©Alan Peebles

Almost as quickly as TMF started, the headlining band, Skerryvore, were concluding the music on Sunday night with their traditional encore, Path to Home, an appropriate tune if ever there was one: “The Gathering has to end now, with last words spoken, as our people leave again, a thousand miles from home.”

With heavy hearts the next day, tents were packed away and caravans hitched up. Friends hugged and said farewell, and slowly the reluctant journeys home started. I hadn’t quite travelled a thousand miles to reach TMF from Kent – but I can assure you every one was more than worthwhile.