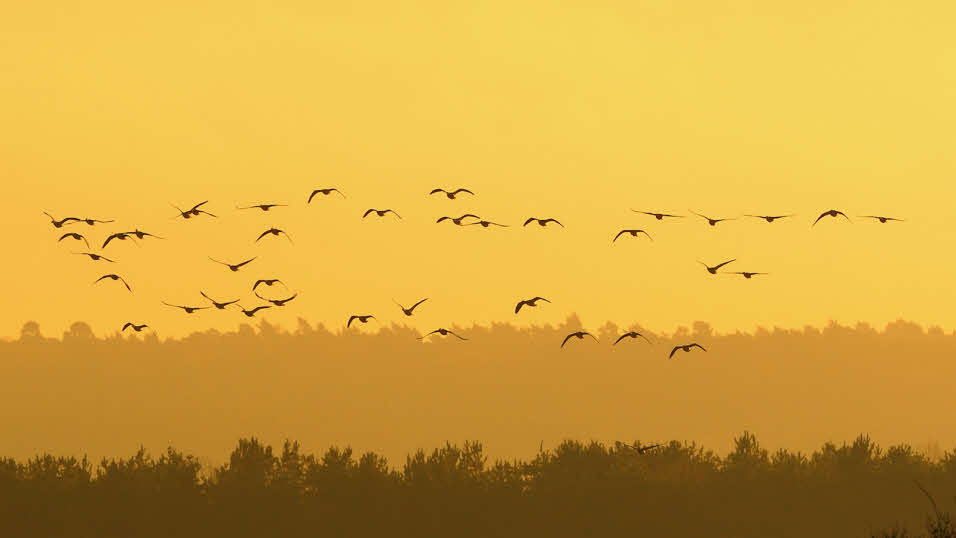 The RSPB reserve at Snettisham is one of the best places to see pink-footed geese     ©Ben Andrew/rspb-images.com

A narrow procession of headtorch beams cuts through the darkness along the top of a shingle bank. In  a different world we could be miners traipsing to work but this is an outdoors adventure and we’re striding along a sea wall for a grandstand view of one of nature’s most spectacular daily rituals, the dawn flight of pink-footed geese.

There’s an urgency as we race against the sun to reach our destination. My eyes begin to adjust to the low light and shapes start to take form – a wooden bird hide on one side of the path, the staves of a ruined wooden jetty on the other. But the mudflats are one vast, ominous expanse to the west, part of the 600 square kilometres of The Wash, a shallow bay and estuary that separates Norfolk from Lincolnshire.

There’s no distinction between the end of the marsh and the start of the sky. It’s just an empty, amorphous horizon of brown. Or at least it appears that way until the light improves and a peep through a telescope reveals the brown to be a seemingly endless feathered carpet of pink-footed geese.

“There are about 20,000 of them out there this morning,” says our RSPB guide, Ryan, who fizzes with enthusiasm. He adds that, in peak mid-winter last year, about 47,000 pink-footed geese roosted here nightly. 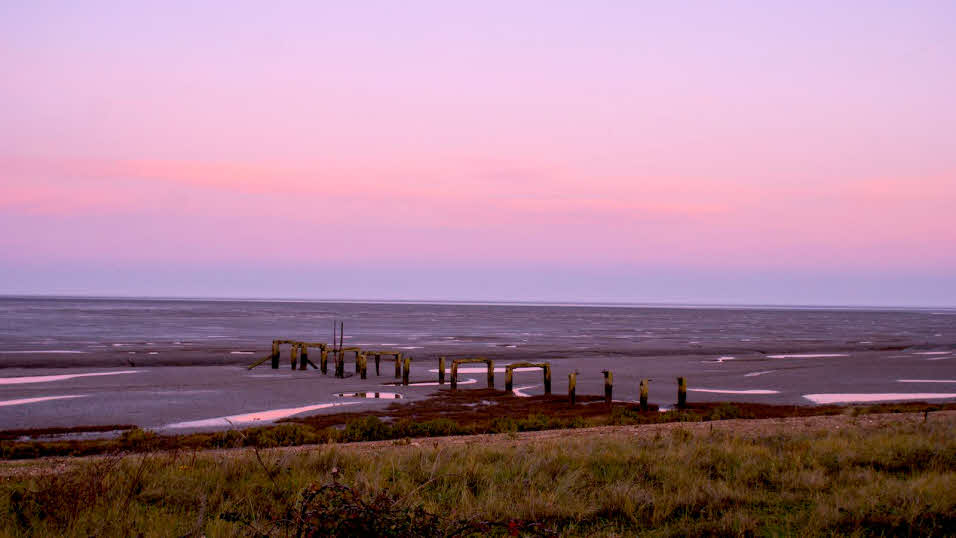 He’s excited about the conditions today, suggesting they’re perfect for watching the geese leave their muddy overnight sanctuary (where no predatory foxes can reach them) and fly inland to feed. The birds feast on the post-harvest stubble of sugar beet and cereal crops along with winter cereals, potatoes and grass.

The pink-footed goose is somewhere between mallard and swan in size, and, as you would expect, takes its name from its pink feet (although it might just have well have been called pink-legged or pink-billed). It spends the spring and summer in its breeding grounds of Iceland, Greenland and Spitsbergen, before making the 3,400-mile migration to Norfolk. About 85% of the world’s population of pink-footed geese spend the winter in this country, and Snettisham RSPB reserve in North Norfolk – a 15-minute drive from Sandringham Estate Club site – is one of the best places to see them.

A high-pitched chatter rises occasionally from the massed ranks of geese on the mudflats, like the distant echo of a primary school at playtime, before the birds start taking to the air. Slowly but surely, V-shaped skeins begin to create striking black silhouettes against the soft pink-purple sky. Pink-footed geese are masters of formation flying, their slipstream approach saving them up to 40% of the energy required to fly – an enormous boost for their migration from the Arctic Circle. 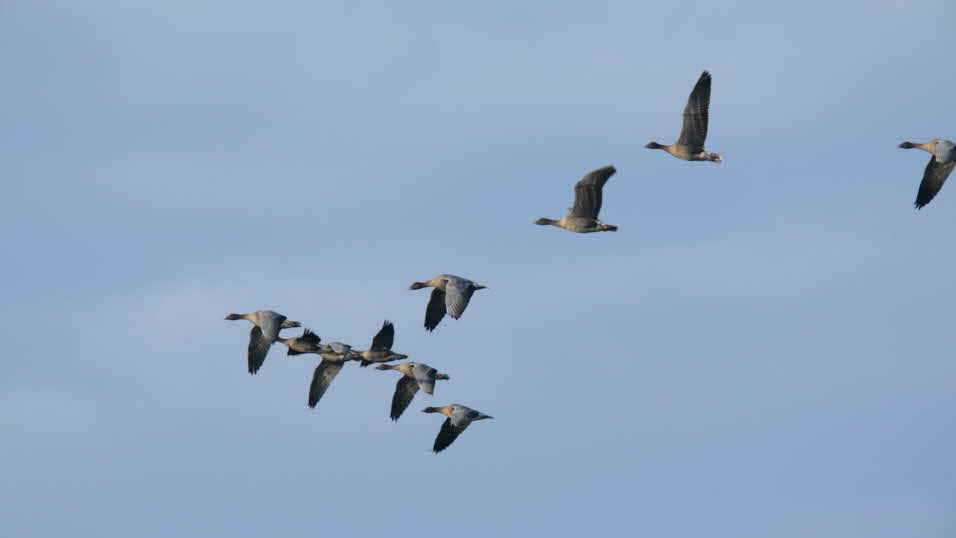 Unfortunately, they are also wild creatures that ignore the best-laid plans of mice and men. So today, the vast majority follow a different flightpath from normal, avoiding the RSPB reserve and instead flying north, no doubt towards fields where they enjoyed rich pickings yesterday. The result is a series of smudged black lines, low above the horizon, that edges steadily away from us. A few hundred birds do fly overhead, their excited babble and elegant wing-beats offering a tantalising taste of what might have been; the experience is memorable nonetheless.

Gradually The Wash clears of birds and we walk back to the car park. It feels as though we’ve enjoyed a full day’s adventure yet it’s only 8.15am. I settled down in a café to warm up and, while nursing a cuppa, I scroll through the photos I’ve taken. They reveal that my eyes had adjusted to the light much better than the camera. The colours are there but the images are grainy, so I make immediate plans to return. 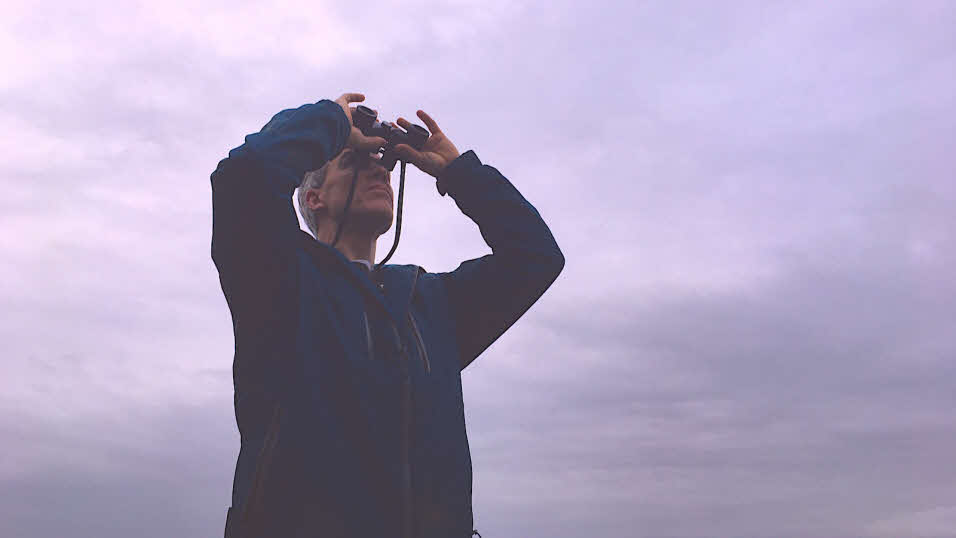 The £14 RSPB tour has been interesting but the reserve is freely open to everyone (there is a parking charge – and a height barrier that would block motorhomes) and it would be easy to self-guide to a viewpoint close to the Rotary Hide. Then it’s simply a question of shifting left or right on the shingle bank to stand below the flightpath. The only hard part will be setting the alarm again for such an early wake-up call!