Few experiences beat a ride on a heritage steam railway through some of the most picturesque surroundings in the UK. Andrew Ditton combines a relaxing journey on the North Yorkshire Moors Railway with a tranquil walk on disused lines from his base at The Howard, Rosedale Abbey Club site 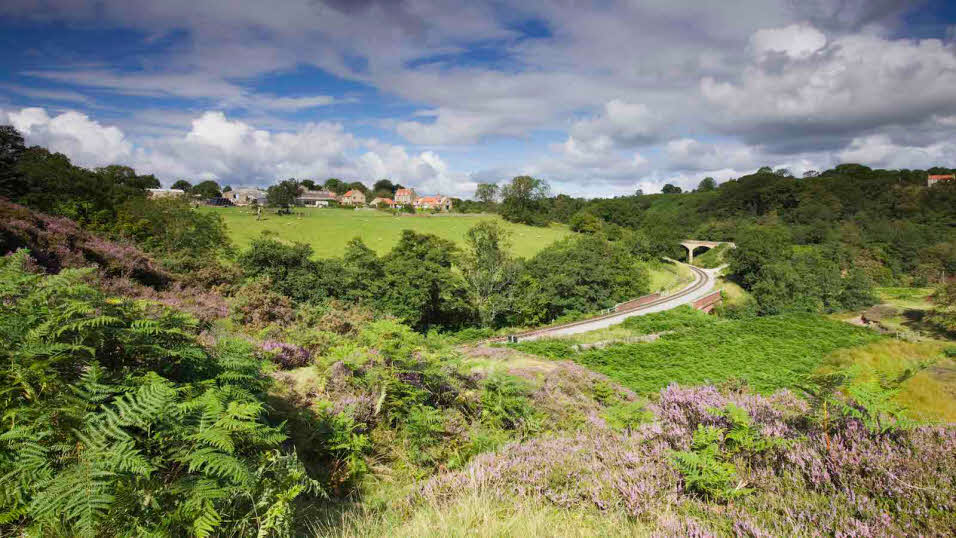 Who doesn’t love a steam railway? The smell of the smoke, the sound of the pistons moving, the power of the locomotives, the gentle swaying as the coaches make that familiar ‘clickety clack’ sound on the rails... it’s magic! Adding a relaxing and uplifting walk through a lush green valley puts the cherry on an already delicious cake.

This particular railway adventure starts at The Howard, Rosedale Abbey Club site, a delightful, members-only oasis about 10 miles from Pickering in North Yorkshire. There are walks aplenty close to the site along the beds of disused railways, but my plan was to incorporate a steam train journey into the day as well.

Pickering is the southern terminus of the North Yorkshire Moors Railway (NYMR), a not-for-profit organisation run by volunteers (Whitby is at the other end of the line). Motorhome-friendly parking is available at Pickering station and costs £5 for the day – head to the ‘long stay’ section. 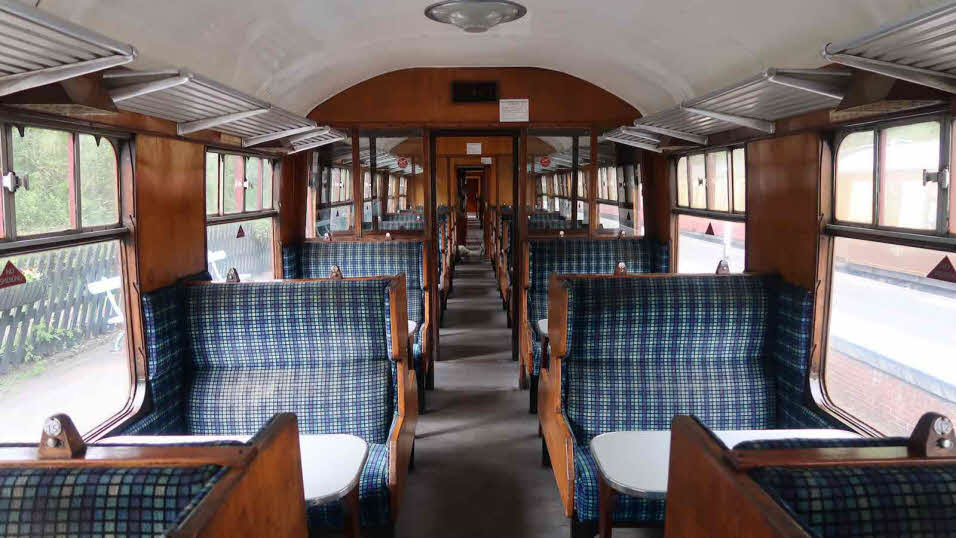 The lovingly restored carraiges on the North Yorkshire Moors Railway

My dog Dougal and I quickly  settled into a beautifully restored Mark 1 coach, and we were transported back to the 1970s before we had even left the station. As our planned walk was in Goathland we had to travel in the front three coaches. This meant we got to hear the steam locomotive puff, pant, whistle and clank as it worked hard hauling its train up gradients.

There are few sounds more beautiful than  a steam train puffing its way up an incline, the smell wafting by as you feast on great views out of the window. The cottages and trees visible on the outskirts of Pickering soon gave way to magnificent moorland as the train snaked its way through the National Park.

On board, a helpful Train Guide told us how we would find the beginning of the ‘Rail Trail’, a signposted three-and-a-half mile walk down the old railway line. After alighting at Goathland’s delightful period station we walked up the hill into the village, made famous as the set of ‘Aidensfield’ in the Heartbeat television series. 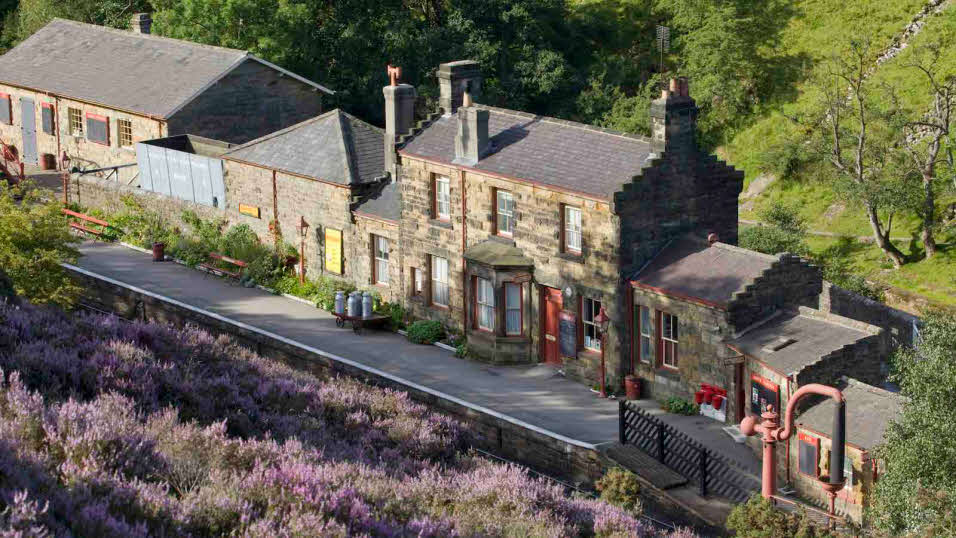 The Rail Trail follows the bed of the long-gone original line between Goathland  and Grosmont (‘Grow-mont’). Built in 1836  by George Stephenson, the line was originally a horse-drawn tramway, later upgraded to take steam locomotives.

Beginning in Goathland means taking advantage of the gradient and going downhill. At first, the descent on the original ‘wagon way’ is on a small embankment, and then it cuts through the shelter of trees. A small river follows the path, busily babbling its way down the valley. This really is a walk to lift the spirits, whatever the season.

We saw plenty of interesting railway architecture, such as the remains of bridges, or repurposed railway cottages. Art could also be found. My particular favourite was a bench, out of which the fores of two beautiful coach horses were carved one end, and the backs of two passengers in a wagon the other. 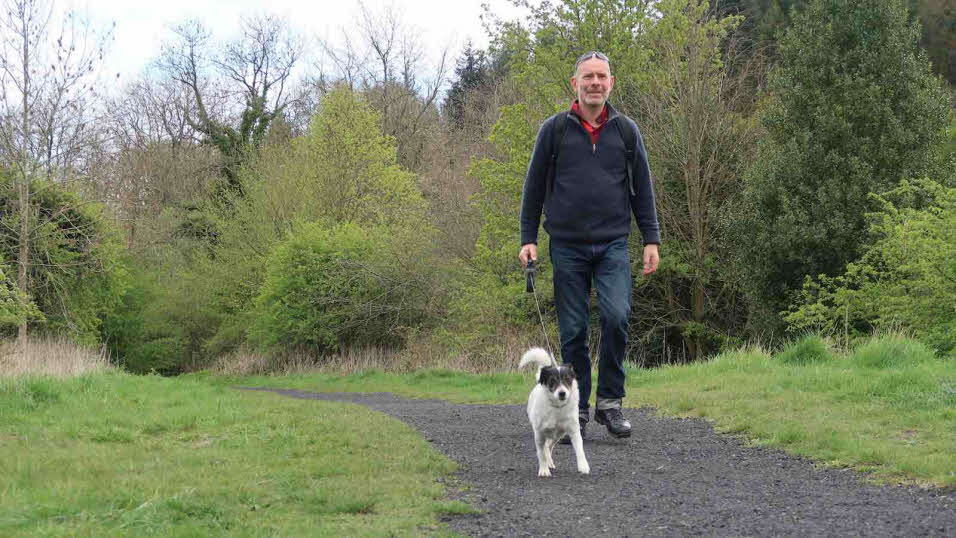 Andrew and Dougal on the Rail Trail

There were no stiles to climb over, just gates to pass through, so fit wheelchair users (or those using powered wheelchairs with a decent battery) can enjoy the Rail Trail, too. However, you might need an assisting push for the short, sharp incline just before Grosmont.

No tea tastes sweeter than the cuppa that marks the end of a good walk, and the refreshment rooms at Grosmont station came up trumps with a cup of Yorkshire’s finest. As we flopped down into the springy seat of the carriage back to Pickering it was uplifting to hear the steam engine huff and puff its way up the hill that we had just walked down. Enjoying a walk in combination with a ride on a steam train really does make for a grand day out.

A narrow-gauge railway which transports you through spectacular Welsh countryside.

A three-mile stretch of track preserved by enthusiastic volunteers.

A vintage steam ride through the Highlands – as featured in this month’s main touring article.

Stay at: Grantown-on-Spey AS