Bike packing on the Isle of Wight

Jonathan Manning discovers that travelling light can be truly liberating as he explores the Isle of Wight on an e-bike while staying in a safari tent at Southland Club site. 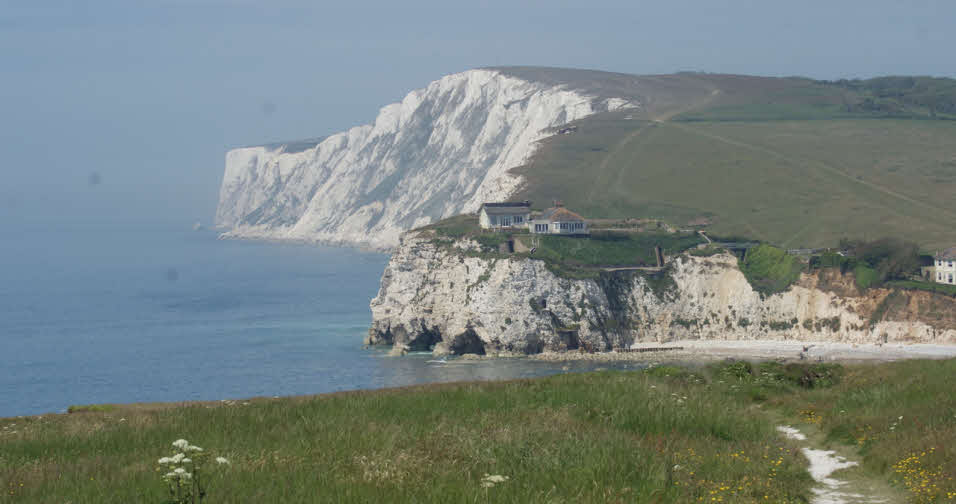 Wild flowers decorate the verges alongside the clifftop road above Freshwater Bay on the south side of the Isle of Wight. Down at sea level, waves nibble at the white chalk cliffs, while gulls drift effortlessly across the flawless blue sky. With similar freedom I freewheel downhill, en route to my pitch at Southland Club site, but with neither a caravan nor the walls of a motorhome in the mirrors.

It’s great to have things so easy for once; no need to turn off the gas, empty the waste water, close the skylights, or undertake any other of the checks and procedures before hitting the road. Cycle touring really can be as simple as ‘hop on the bike and go’ – and packing as easy as grabbing a wallet, toothbrush and clean underwear. Indeed, with the advent of glamping it’s possible to travel as light as a feather.

Not that I’m in any danger of being blown away by a decent gust. Stuffed into the panniers on either side of my sturdy Haibike Trekking e-bike are a change of clothes, as well as a washbag, camera, phone and charger, chunky bike lock, plus a waterproof jacket – it may be midsummer, but this is England! There’s also a spare inner tube and pump – although the bike’s beefy tyres are more than capable of coping with the 80-mile, two-day route I’ve planned.

The itinerary programmed into my sat-nav will guide me from beautiful Black Knowl Club site in the New Forest to Lymington, from where I’ll catch a ferry to Yarmouth on the Isle of Wight, cycle halfway around the island and camp in a safari tent at Southland, before pedalling back to Black Knowl. 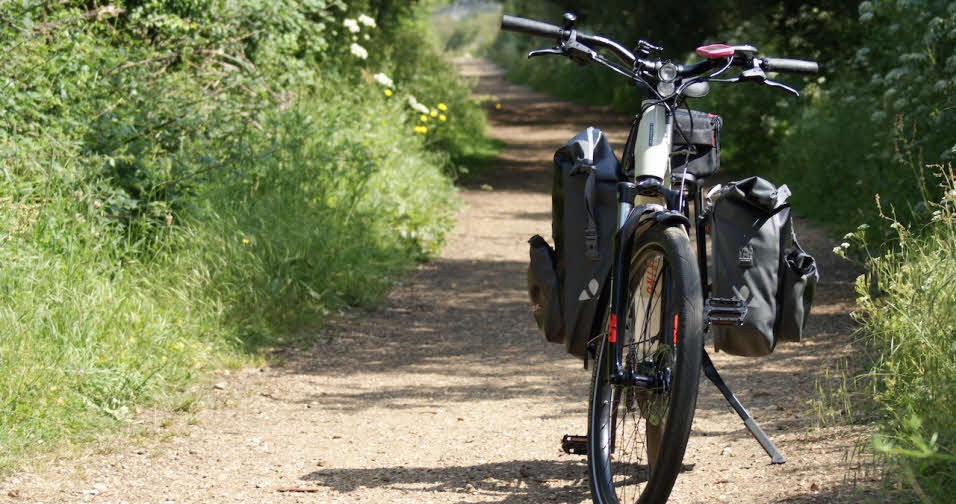 And so, after a nine-mile ride past dozing New Forest ponies, I roll up to the small ferry terminal at Lymington, where Wightlink Ferries prove to be brilliantly flexible for cyclists – just roll aboard the next available crossing, regardless of the ticket time you’ve booked.

Sailing across the Solent feels like liberation after months of claustrophobic lockdown – does this count as an overseas holiday? – and barely 40 minutes later I’ve toggled the e-bike motor to its ‘Eco’ setting and set out along a leafy, disused railway line that runs alongside the River Yar. Wading birds peck at the mudflats, and walkers and cyclists offer cheery hellos. Life already feels more relaxed – even more relaxed than in the New Forest.

Despite the Isle of Wight’s modest size the island’s network of quiet roads makes it easy to plot great rides with optional spurs. So as I reach Freshwater town I temporarily divert from the Round the Island cycle route (cleverly waymarked with a white bike on a blue background for clockwise and blue bike on a white background for anti-clockwise), and follow signs for Alum Bay. I’m heading for the Needles, those jagged chalk stacks that bite into the sea off the west of the island. A footpath leads to the first Needle, but I’m anxious about leaving the bike and panniers unattended, so I settle for the panorama from the viewing platform at The Needles Landmark Attraction, silently cursing the soundtrack blaring from the neighbouring theme park.

The music is nothing compared to the wall of sound that transfixed half a million hippies in 1970, when Jimi Hendrix performed one of his final concerts at the legendary Isle of Wight Festival, just a few miles up the road.

Peace reigns the instant I leave the coast road and pedal inland. There are contours to conquer (easier with the boost of an electric motor) and villages to visit, each dotted with pretty thatched cottages and attractive pubs – the Sun Inn at Hulverstone is particularly lovely. Equally pleasing is the road surface, a flawless ribbon of asphalt that provides such a contrast to the broken roads and potholes of mainland England. 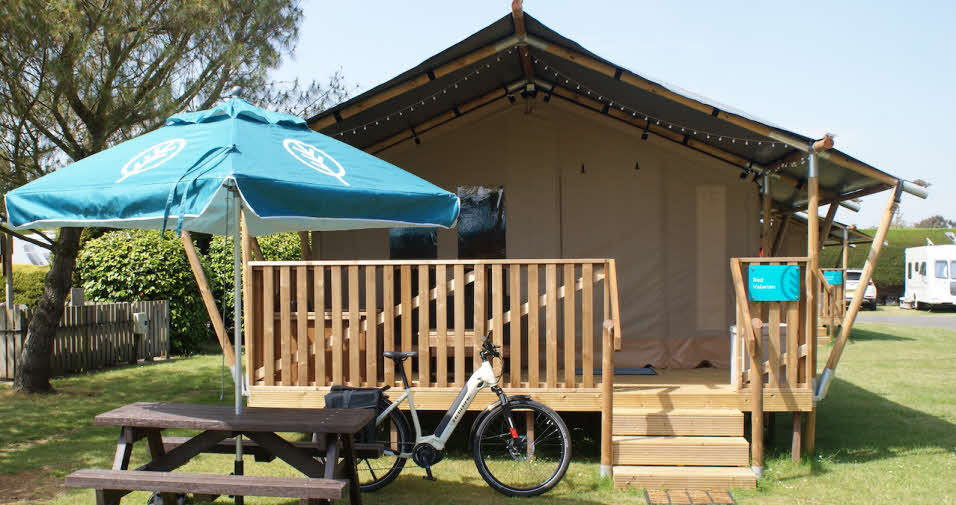 The Round the Island route eventually rejoins the coastal road in time to visit the intriguingly named Blackgang Chine, the UK’s oldest amusement park, before the compass needle heads north via Ventnor. This is arguably the pick of the island’s sunny east-coast towns, but the drop from the top road to sea level is steep and I don’t fancy the pedal back up, so I ride on, past the shell of Appuldurcombe House and up to Southland Club site, where a treat awaits.

For once, pitching involves no reversing, lowering of the steadies or marriage- threatening awning construction. Instead, I unzip the door of a magnificent safari tent and flop onto the crisp, cool double bed. This is one of the Club’s new Experience Freedom glamping options, with proper beds for five guests, a sturdy wooden table and chairs, sink, double hob, kettle, toaster and fridge. There’s even a pile of fluffy towels (an optional extra). Everything, to facilitate lightweight packing.

A couple of days earlier I’d visited the glamping pods at Brighton Club site, perched on a hilltop with far-reaching views from their private terraces, and this accommodation feels just as exciting. The only question to resolve is whether to rustle up dinner in the kitchen, use the barbecue, or nip out for a bite to eat. Guests in the safari tent next door have fired up their barbie and the mouthwatering smell of sausages cooked over charcoal makes up my mind.

I eat outside, sat on a sofa on the raised decking, gazing out over the site. The pitter-patter of light rain on the fairy-lit porch only adds to the atmosphere. The Club promotes these tents as handy accommodation for friends and family of touring members, but on occasion I would happily relinquish my ’van to the relatives and make use of the Experience Freedom option. 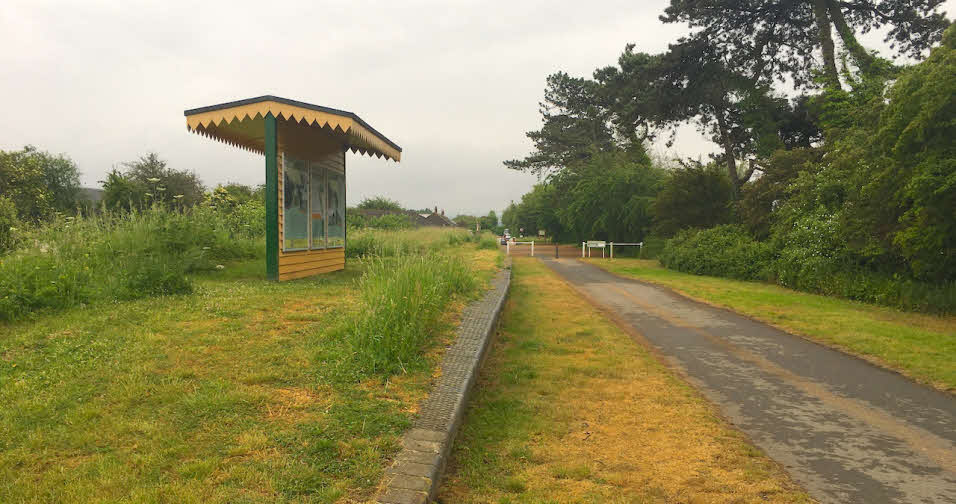 Day two dawns on the island and I’m quickly back in the saddle, ready to explore the Red Squirrel Trail, a converted railway line that runs from the coast to Newport, the principal town. Shanklin and Sandown feel a little down on their luck, although mile after mile of gorgeous beach and charming beach huts raises the spirits. Inland, the trail cuts through farmland without a single contour to climb, before I follow the River Medina up to Cowes. I’m sorry to leave the coastal views and head inland, following a B-road back to Yarmouth.

By now the bike’s battery is running perilously low, so I eke out the last miles of electric assistance before the ferry whisks me back to Lymington and the ride back to my motorhome, still parked on its pitch at Black Knowl. Winding up the hook-up
cable, closing the roof lights and turning off the gas, I smile at the bike and panniers, and reflect on a liberating glamping and bike touring adventure.

To find out more about the Club’s glamping options, see experiencefreedom.co.uk

Members can save 5% on Haibike Trekking, HardSeven, HardNine and FullSeven models, meaning a £122.45 reduction on the Trekking 4 Lowstep (discounted price of £2,326.55). See camc.com/haibike. 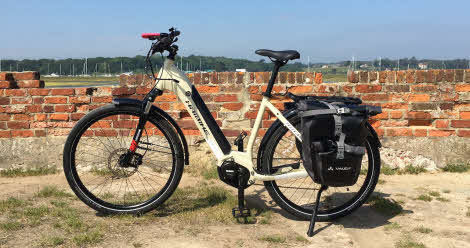